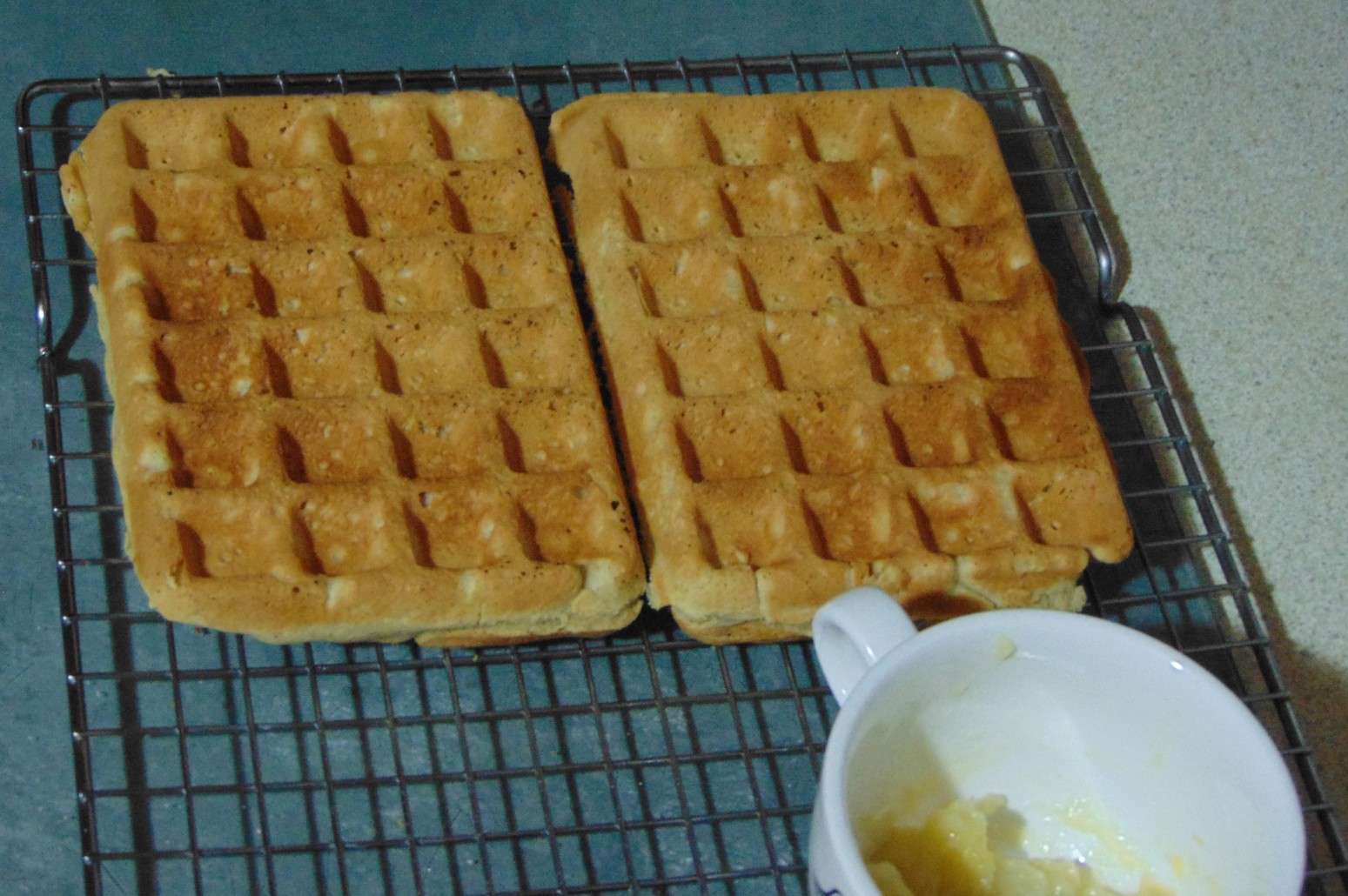 That’s roasted garlic, yes, I’m using a coffee cup I have plants in my ramekins.

Ah, Dear Reader, okay then until next…what? You want to know what these are like? Edible?…I mean edible, but. You know me, Dear Reader, I place a great deal of value in understand all that can be made from these various free from flours, but some just aren’t very good or worthwhile at all. Of course the question then becomes Why, Jack, why share? Because you and I, Dear Reader, have probably been in a situation where we’ve had a bag of some, apparently heretofore unheard of flour and nary a recipe to use it in. I place recipes in a few categories, the traditional categorisation and in the less conventional like: Edible, but nah. See, recipes like these are vital in free from cooking and baking because they inform, there is nothing worse than hearing about the value of some new food that might be crucial to your continued dietary choices, I’m okay without these thankfully, but having no idea what it works as, or doesn’t. So, yes, you know me, ever conscientious Jack, I’ll will share what works, even if I’d never make it again, Dear Reader, but I will wring ever bit of knowledge I can from the experience and pass it on.

So, I bought the tigernuts on a whim, they’re somewhat reminiscent of coconut flakes, slightly sweet, but mouth dehydratingly dry. I popped them into my old coffee grinder that has never seen a coffee bean and they ground with easy, they’re dry so they won’t turn to butter, they’re also soft enough to blend to a fine meal, you need them super fine because if there is a single chunk there is a horrible soggy crunch, no other word does it justice, Dear Reader. I put them with buckwheat because I doubted they’d hold well on their own, lift a flexible waffle attests to this, they smell like porridge while cooking, but where you may find this impossible is that they’re almost mushy, not quite, but too soft, I have issues with that personally, but where I struggled was the slightly, sickly sweetness. I think if you needed these you could make it work by disguising the flavour more, it can be masked, but I would say you need to blend them with a better structural flour. I may try them in a sweet application, perhaps to cut through buckwheat’s dryness. As it stands they remind me of banana flour: Just not that interesting or useful. They might be one of the rare occasions where a strained milk may well be the best use of them. I will never stop trying everything out hat I can eat, Dear Reader and I will never lie to you about how I fare. Until later, take care.

1. Turn on Waffle Iron. Beat the Egg, Olive Oil and Salt until combined, then beat in Flour and Baking Powder. Finally add water, gradually, until a stirrable, but still thick batter has formed.

3. Add enough Batter to warmed Waffle Iron to fill the plates, close and cook for 7-10 minutes until waffles are brown, dry and firm. Remove with a rubber spatula and let cool for a few minutes. Waffles will soften as they cool.