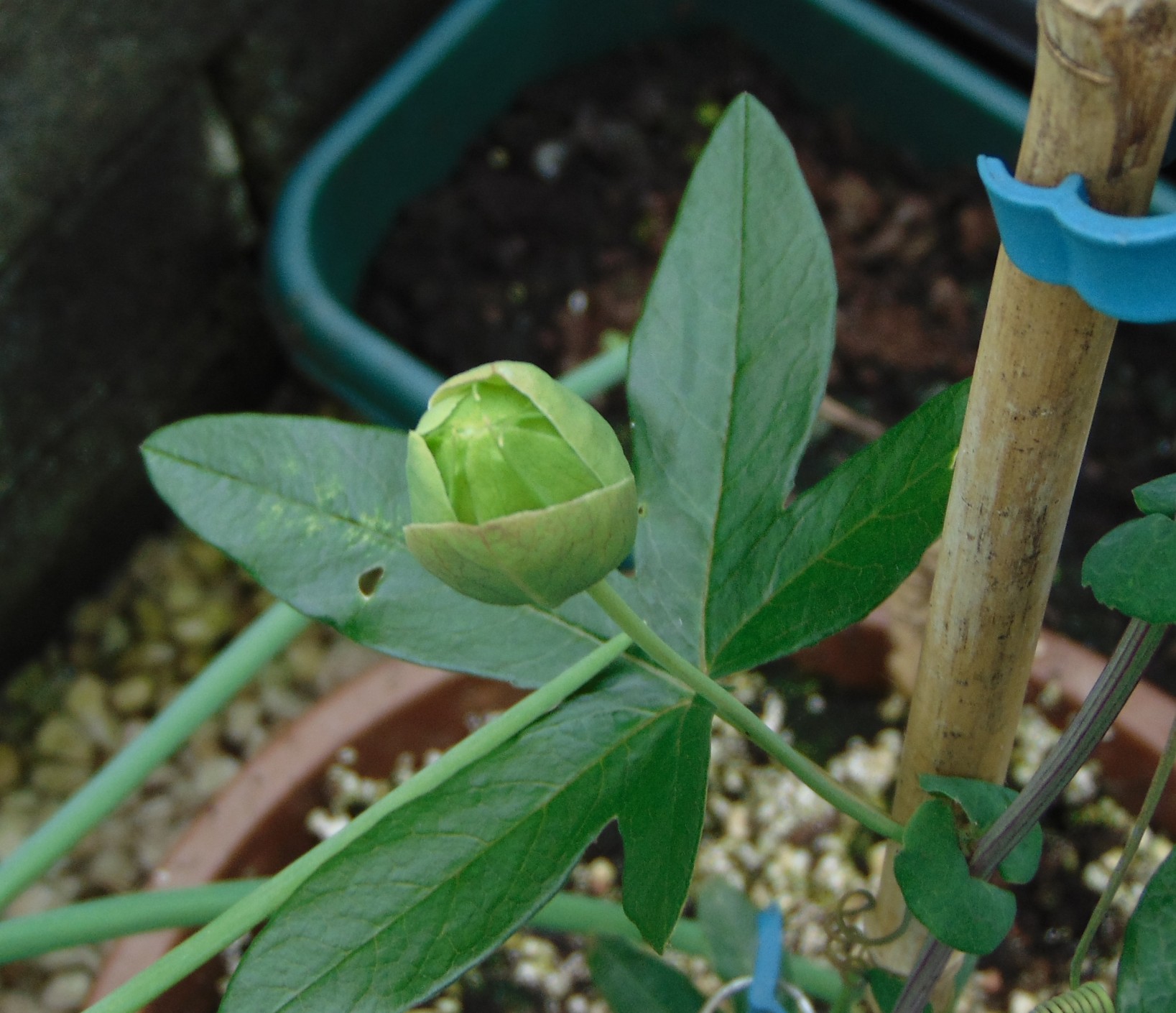 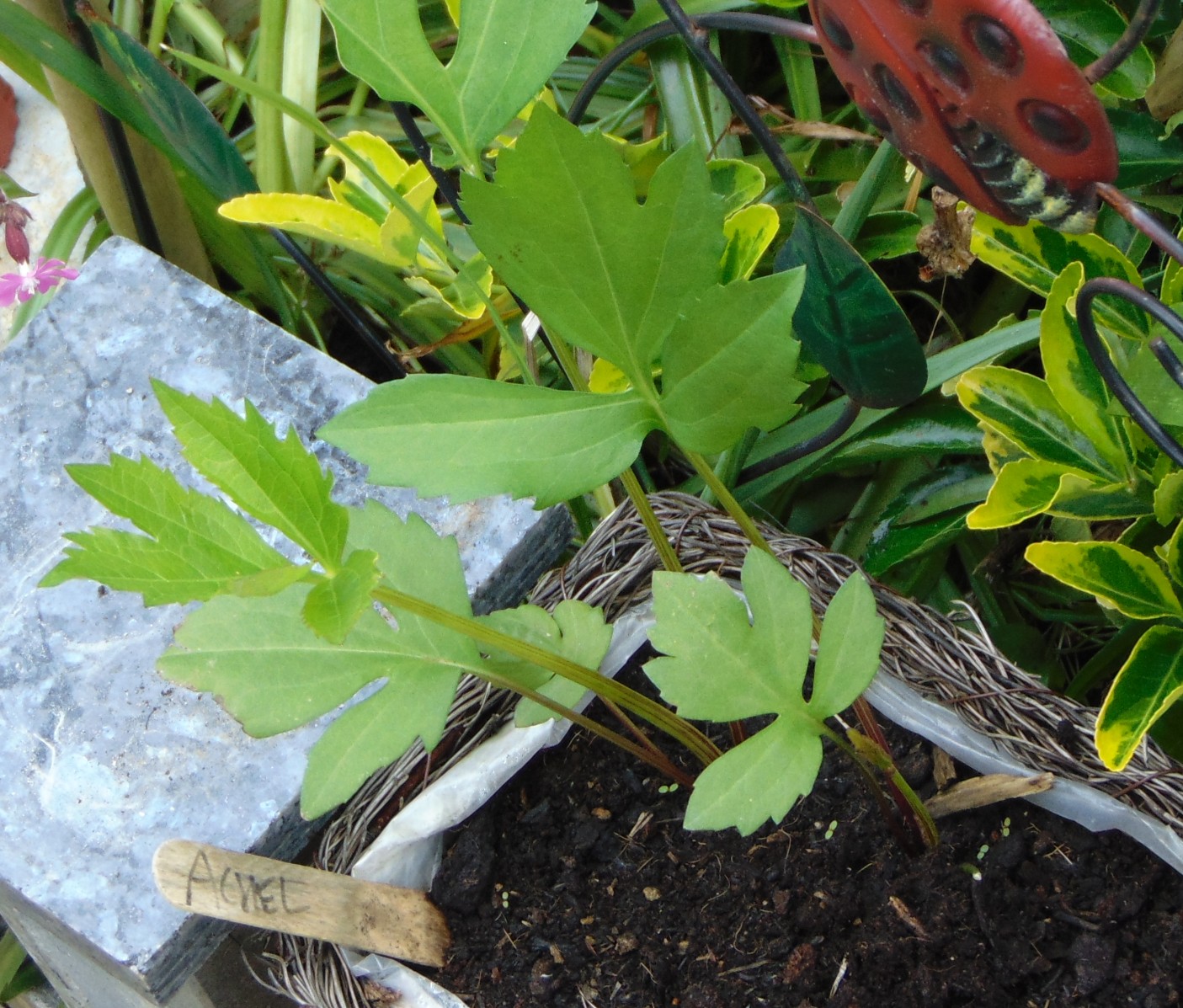 Seems to be acone flower and I have no record of it, must be a mix up somewhere. Was achillea. 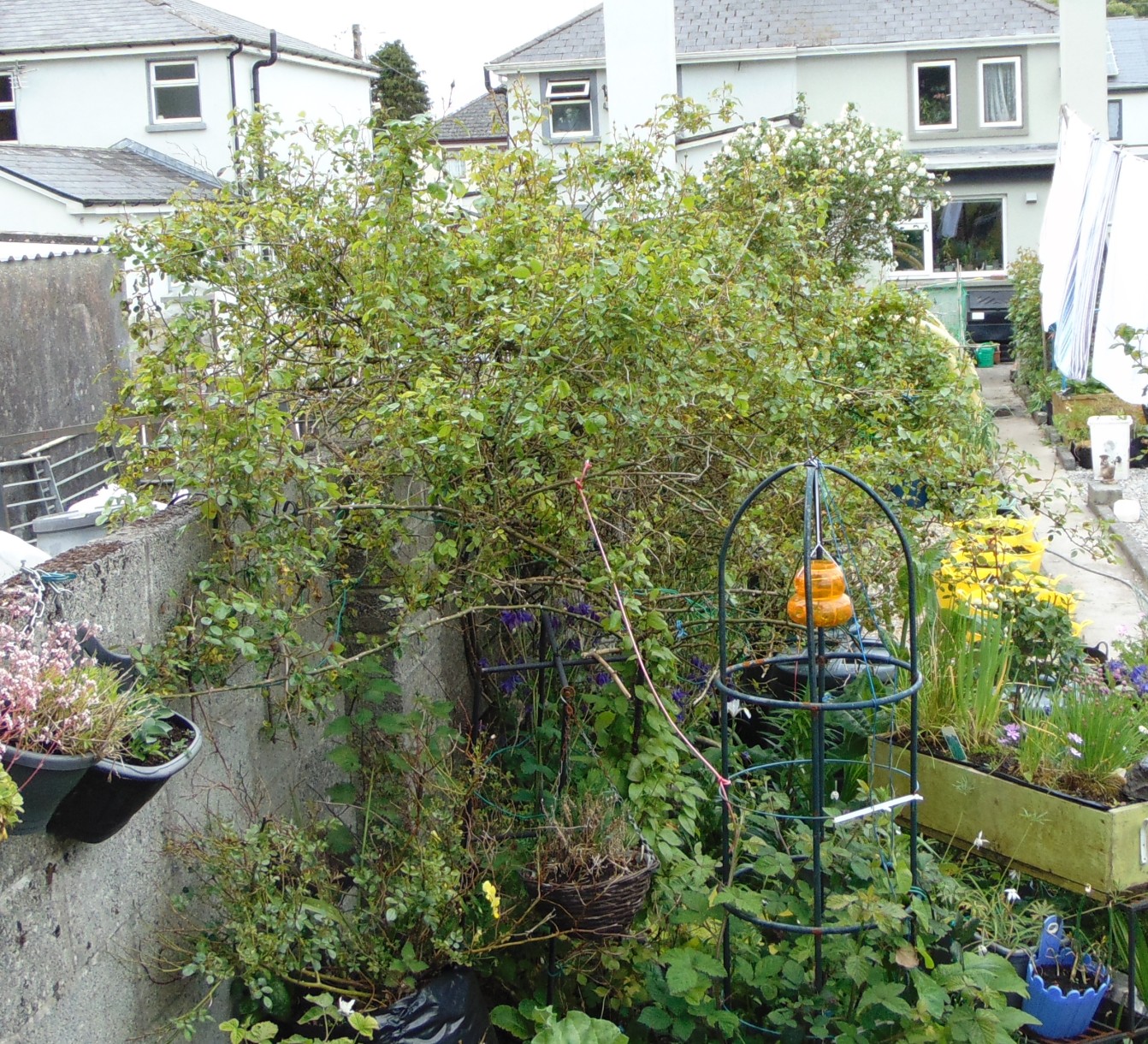 Back of the Rambler. 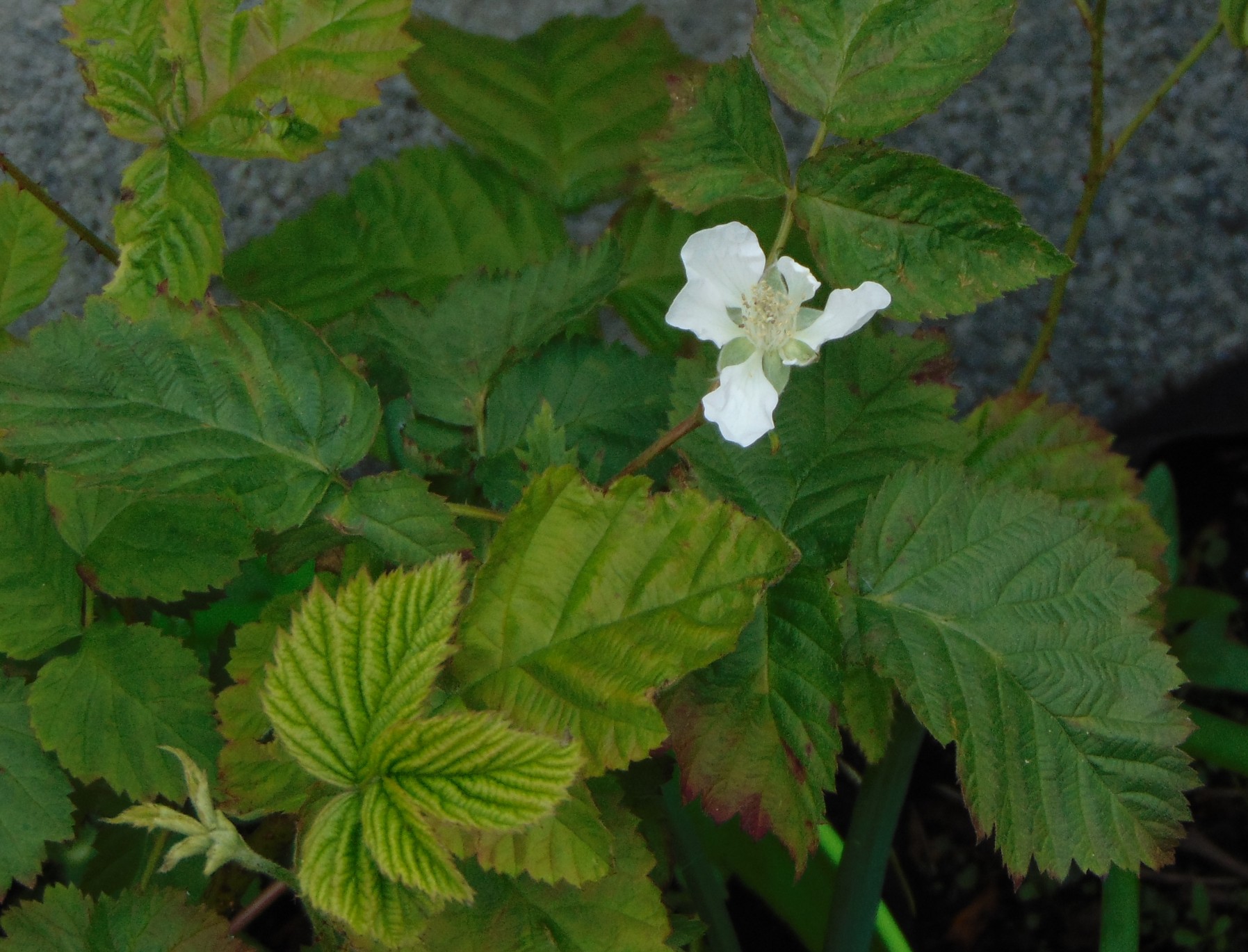 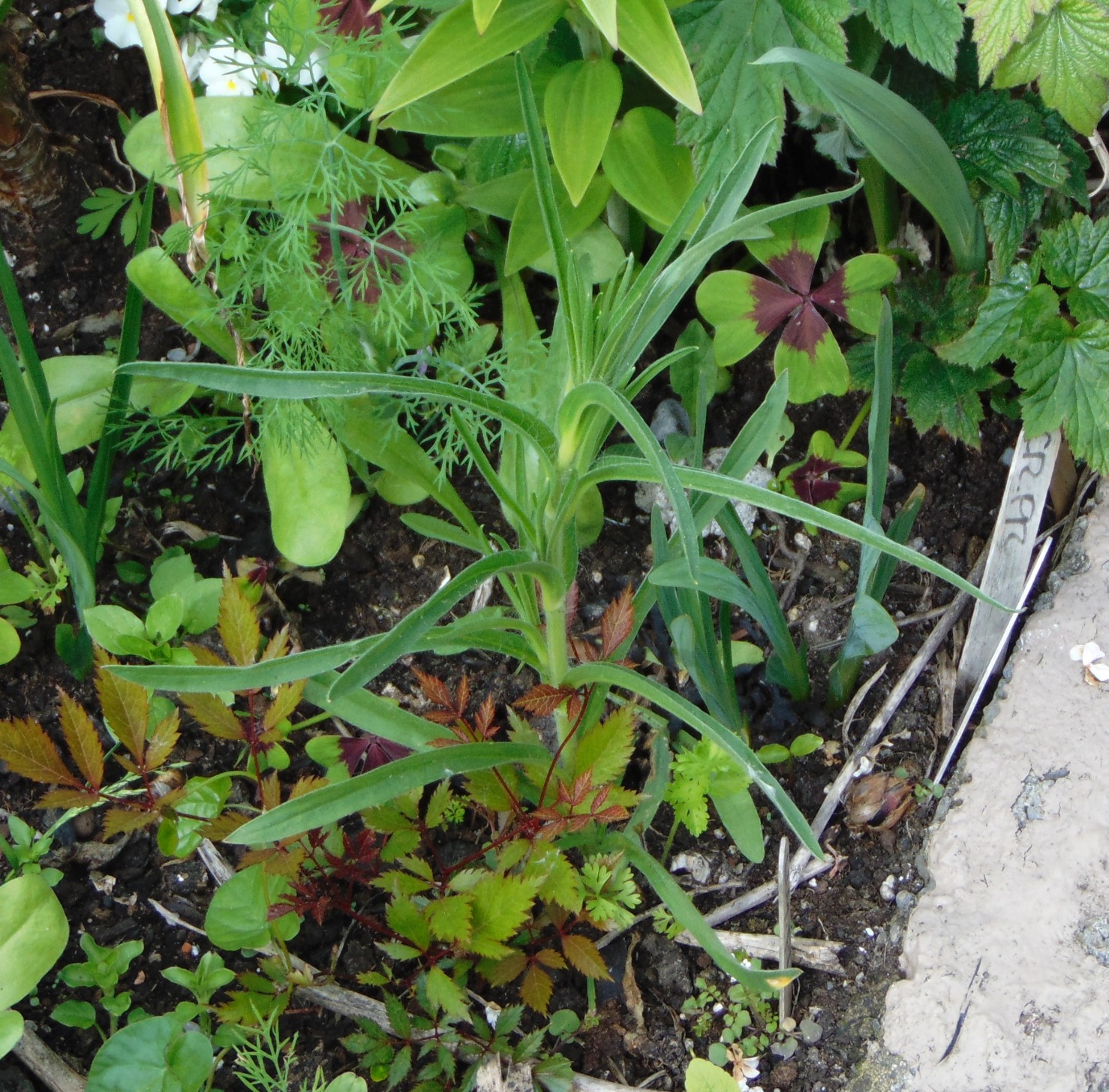 I threw some cheap wild seeds there, same as the front I think, and they’re sprouting up. 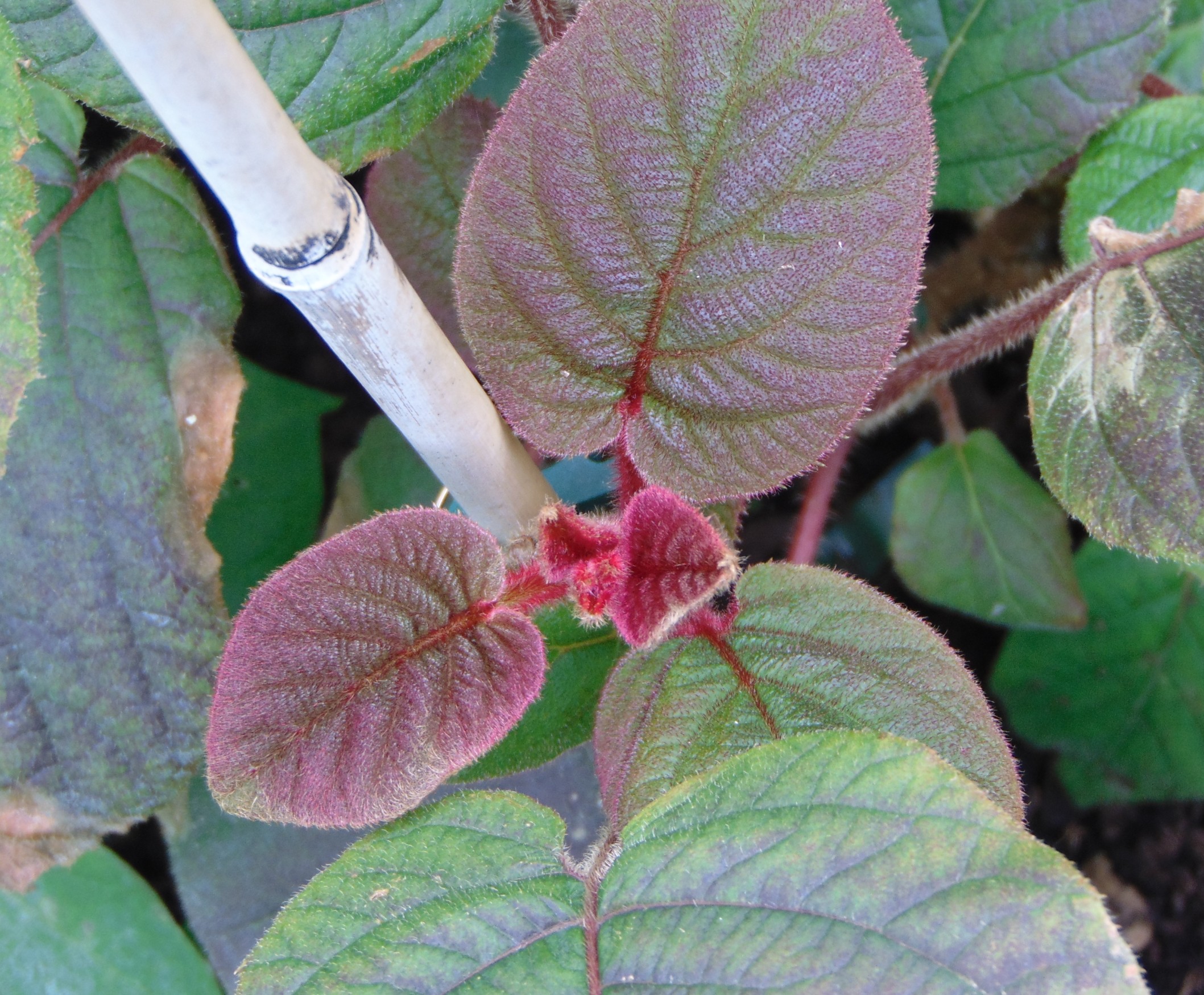 The Kiwi is still growing at least. 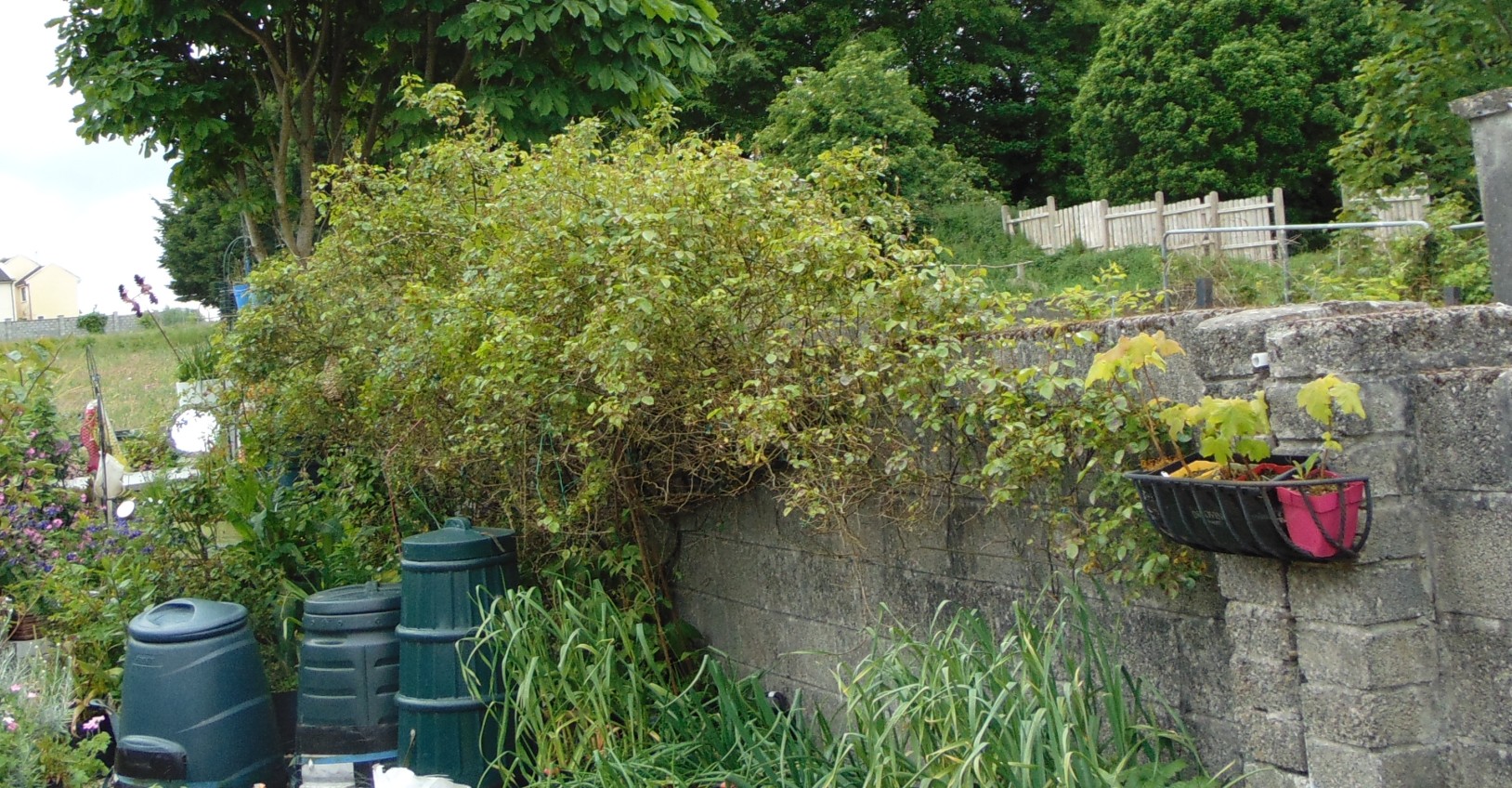 The Rambler has taken years of work to shape and grow. 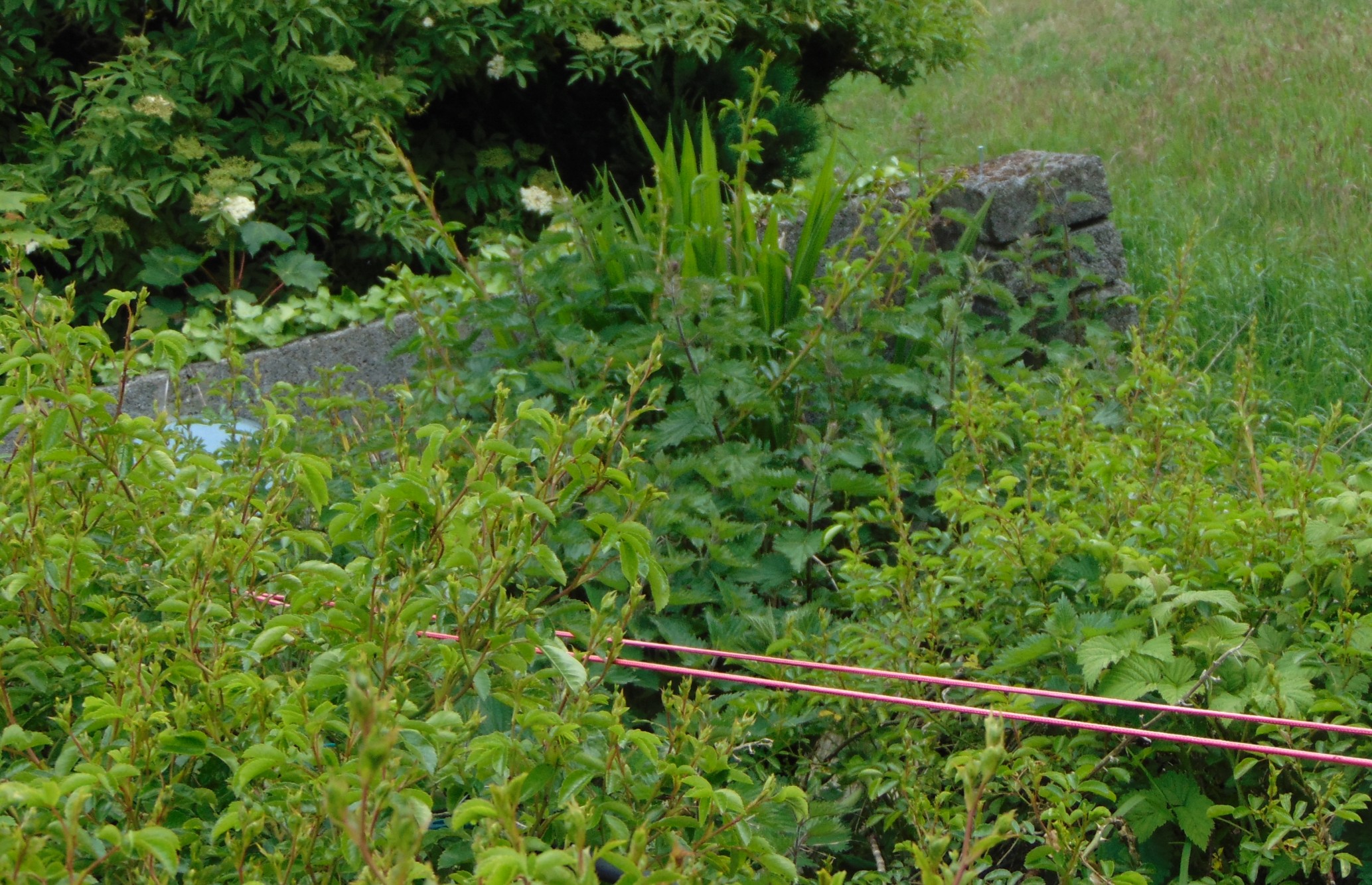 No idea if I’ll get there, but I’ll try! 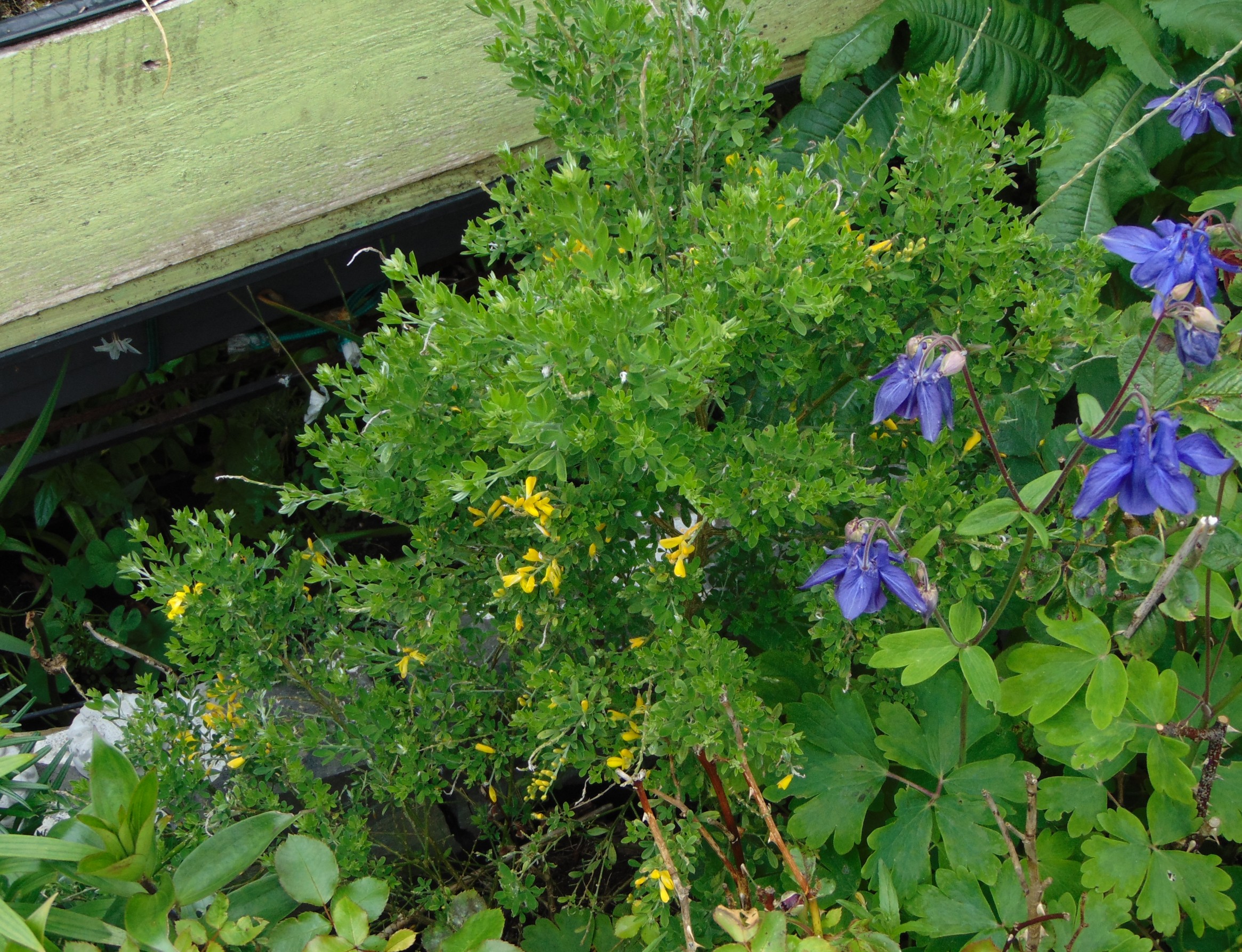 I forget the name, asparagus something maybe, but it came back from frost burn so well.

Yo, Dear Reader, today was one of those where I did a lot, I know this because I was out all day, but if you asked what I did I’d have trouble answering. There are so many small tasks that help the garden reach the height, literally at times, it does, you can’t just marvel at everything you’ve completed, though I am learning to appreciate some of it and praise myself, but in the end all the small things combine to really wonderful rewards. To see so many happy insects, so much fruit starting to grow, plants lush and green, well it’s all worthwhile, Dear Reader. You can’t capture it all, there’s a lot that is just a brief moment and it’s gone, but I make sure to photograph all I can to remind me of what was once it’s gone. 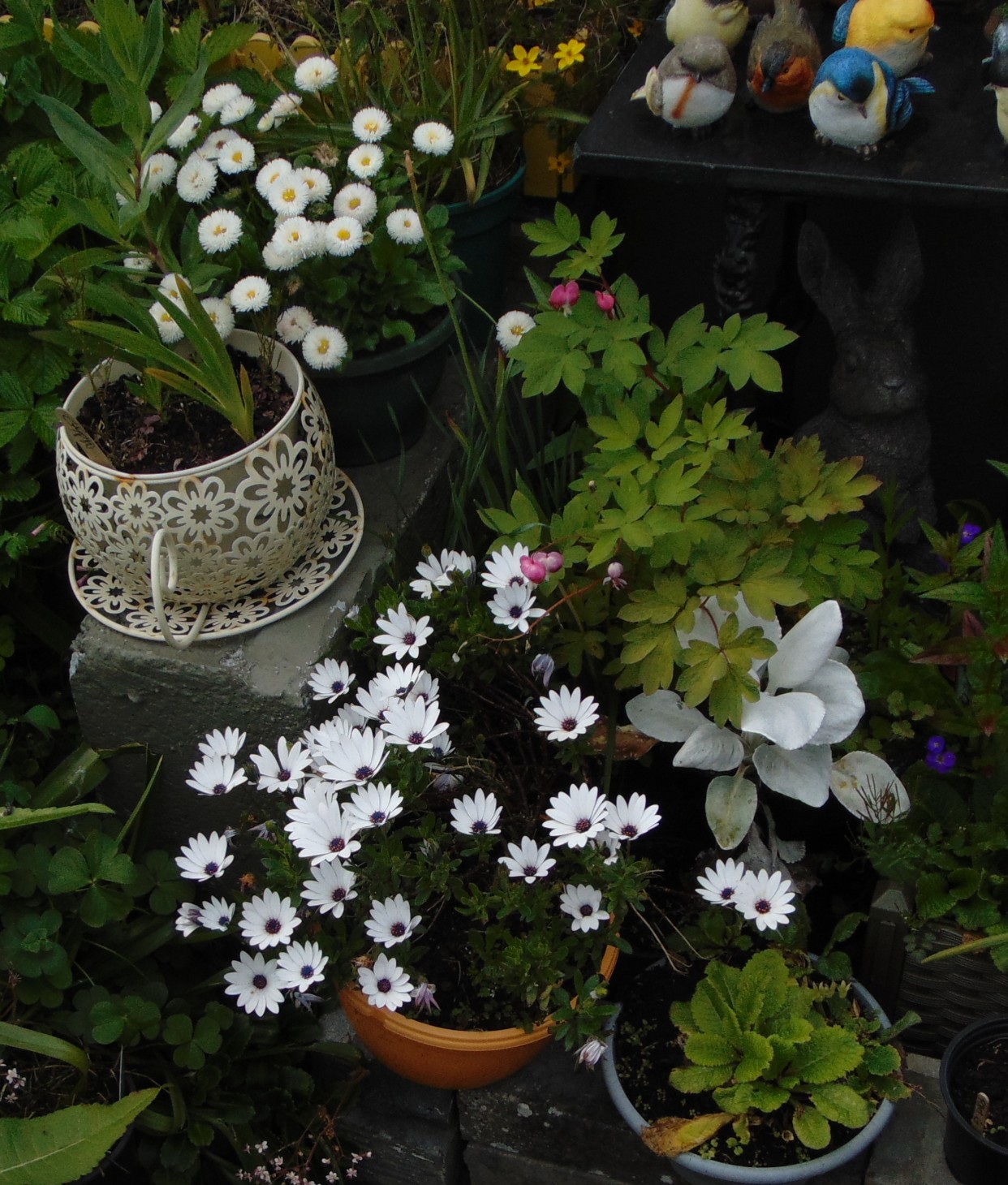 These revived thanks to the peculiar weather. 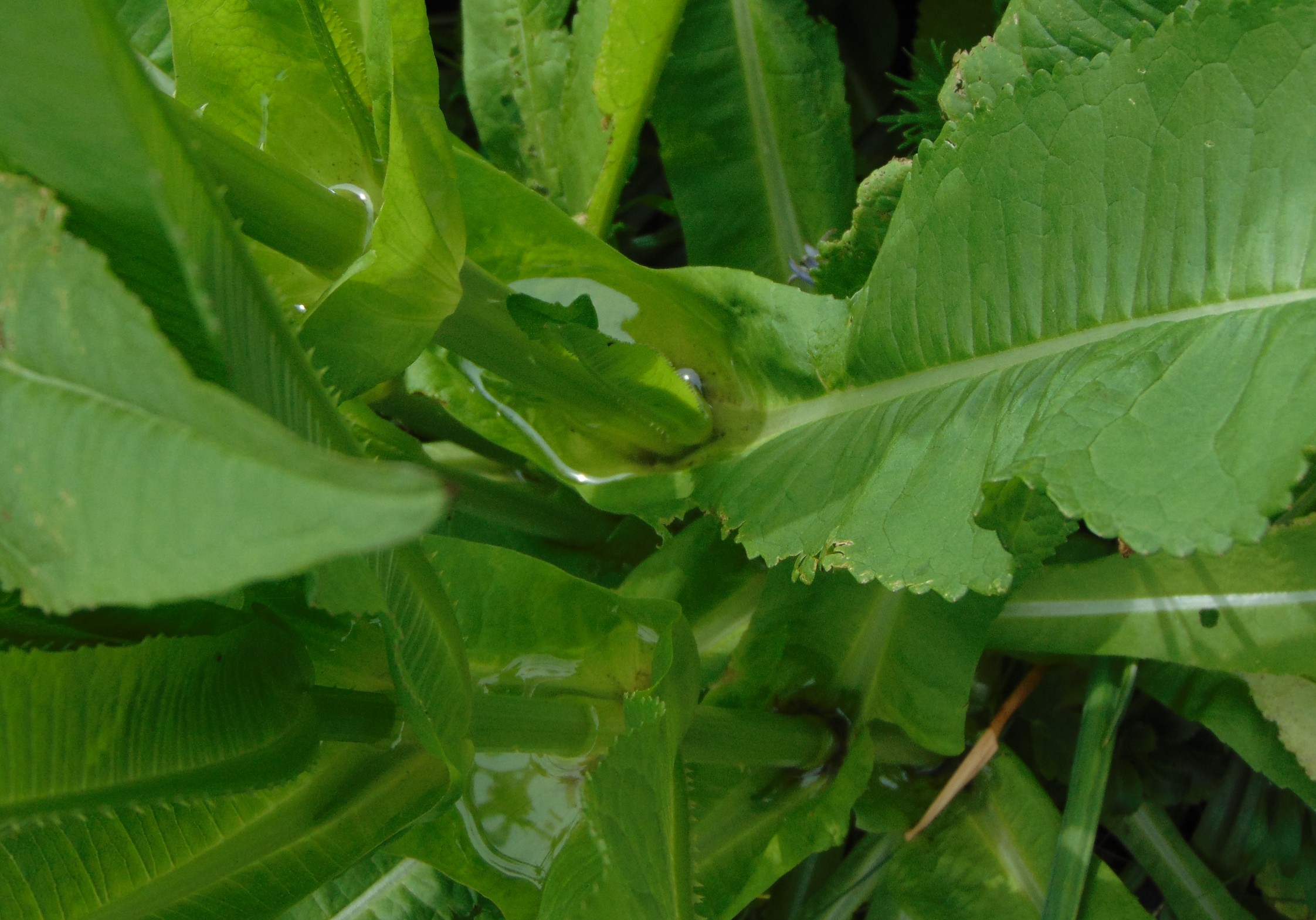 The Teasel is holding water in its leaves. Might be good for bees. 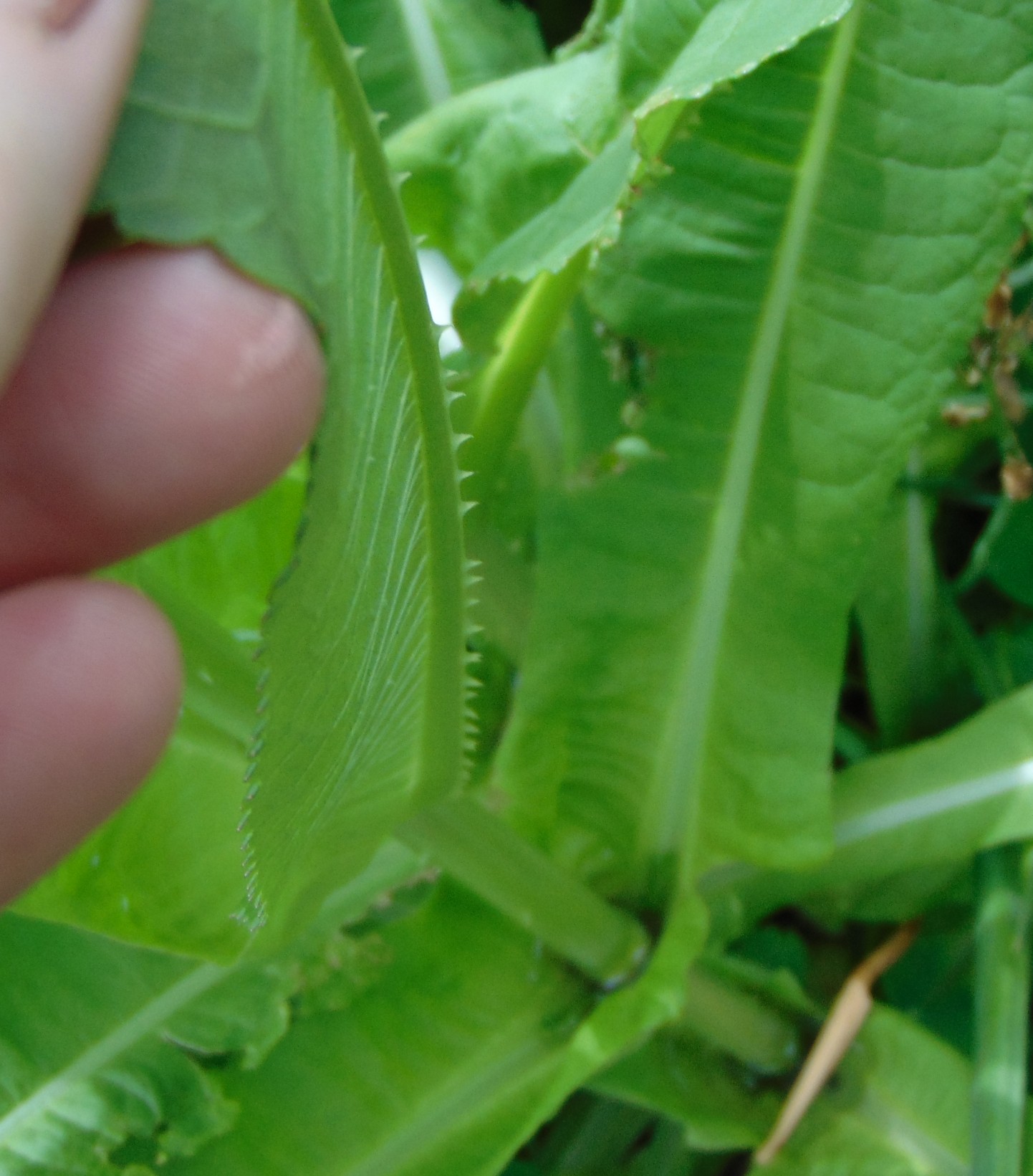 Serrated backs to the leaves are not nice. 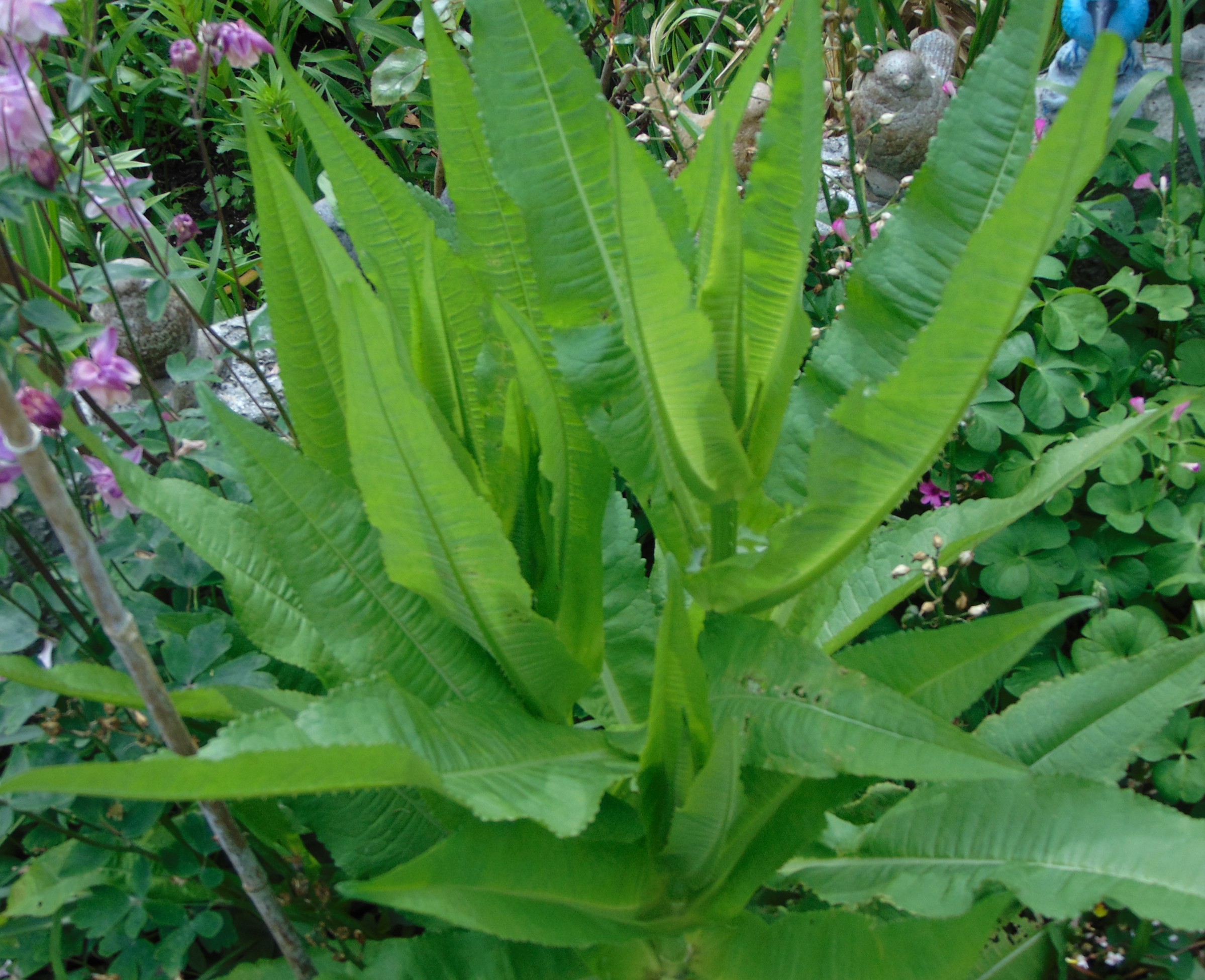 It’s an odd plant and I should’ve read more about it, but if it brings finches it’ll be great. If not that’s okay, it’s mine now. 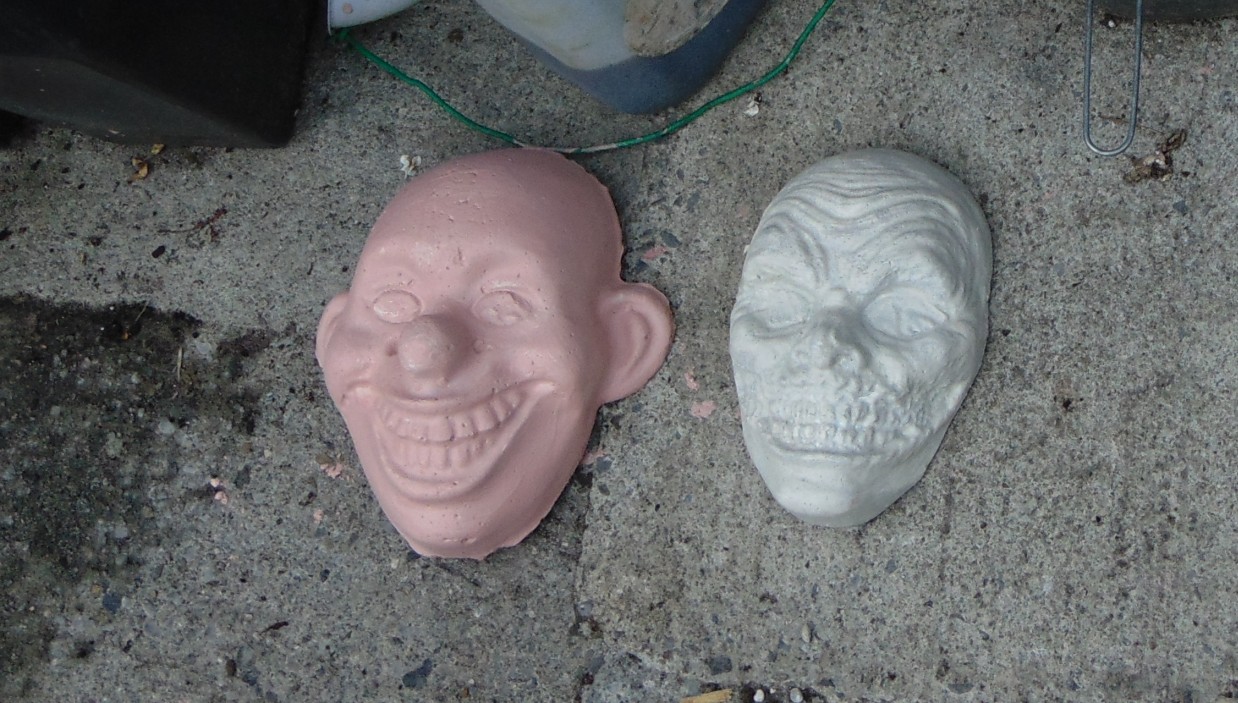 Rum (Blissful) and Gar (Apprehensive) got repainted as I wasn’t happy. I’ll have far too many of these in time, but I like making them. 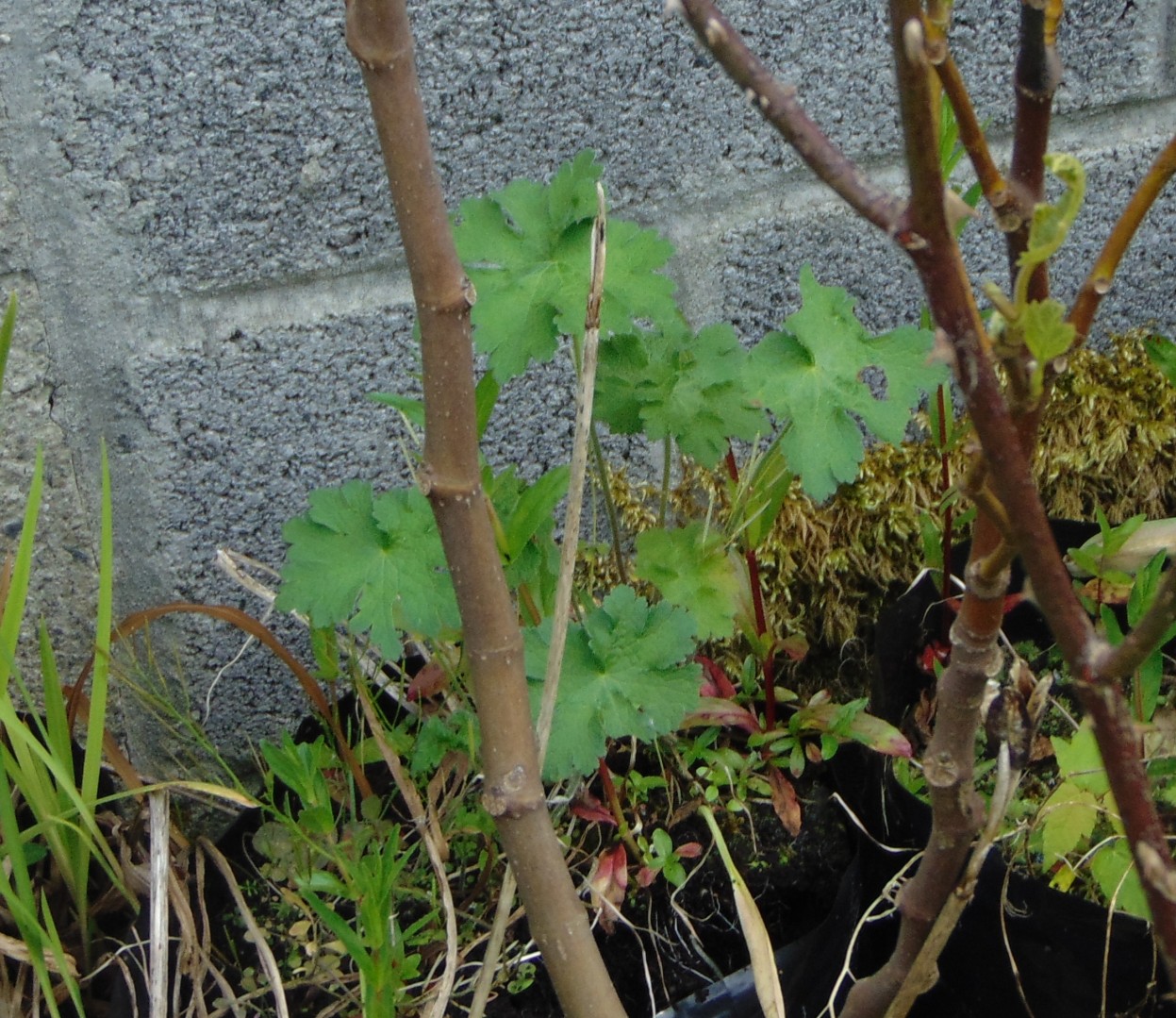 This is blue, it came from one garden and has been spread, by me, all over. 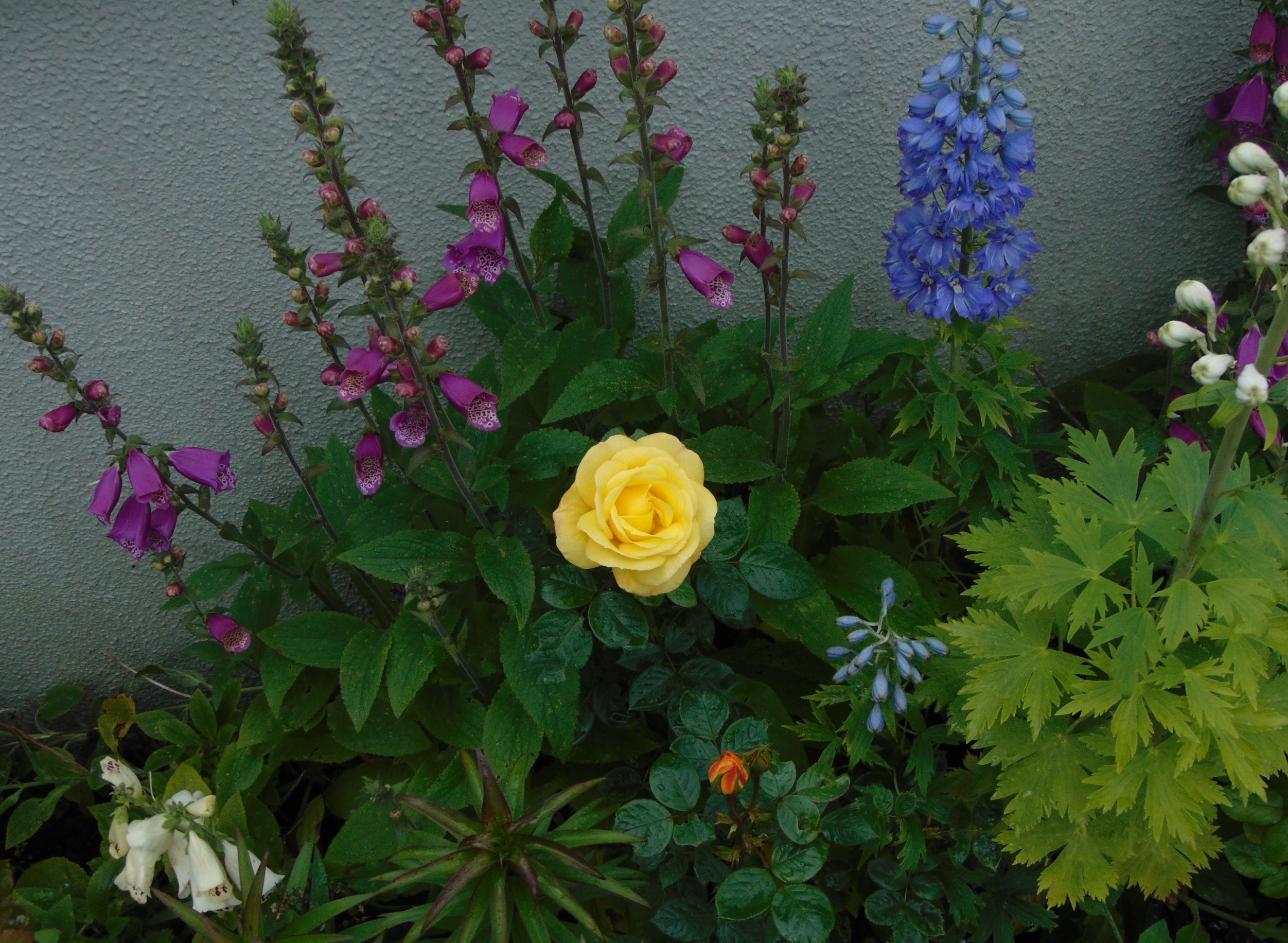 The front rose is open.

I have had a slightly risky idea in my mind, right now I can’t even say if it’s possible, but I’ve been eyeballing the area where the nettles come up thick, it was sort of assessable, though I needed a hand on the wall, right now the nettles are up, so is the huge Crocosmia, which would need moving, but the biggest issue is the rose exploding forth. I don’t want to risk damaging it, this would just be a rough layering of matting at best, but also I do not want a face full of the rose or to fall through. I’ve been in there once or twice, it’s the tallest part of the back, very slanted and I shouldn’t go too far near it, but I also shouldn’t have waded into the junk and the back and now look at it. I’ll be safe and smart, Dear Reader, but I’ll have a little look by moving pots. There’s literally no one I could ask to go in with me, I know the back like no one else and it is a huge mess of bumps and possible falls to the uninitiated, I’ve been through my baptism of fire already so I might take a look and yank up some nettles at the least. 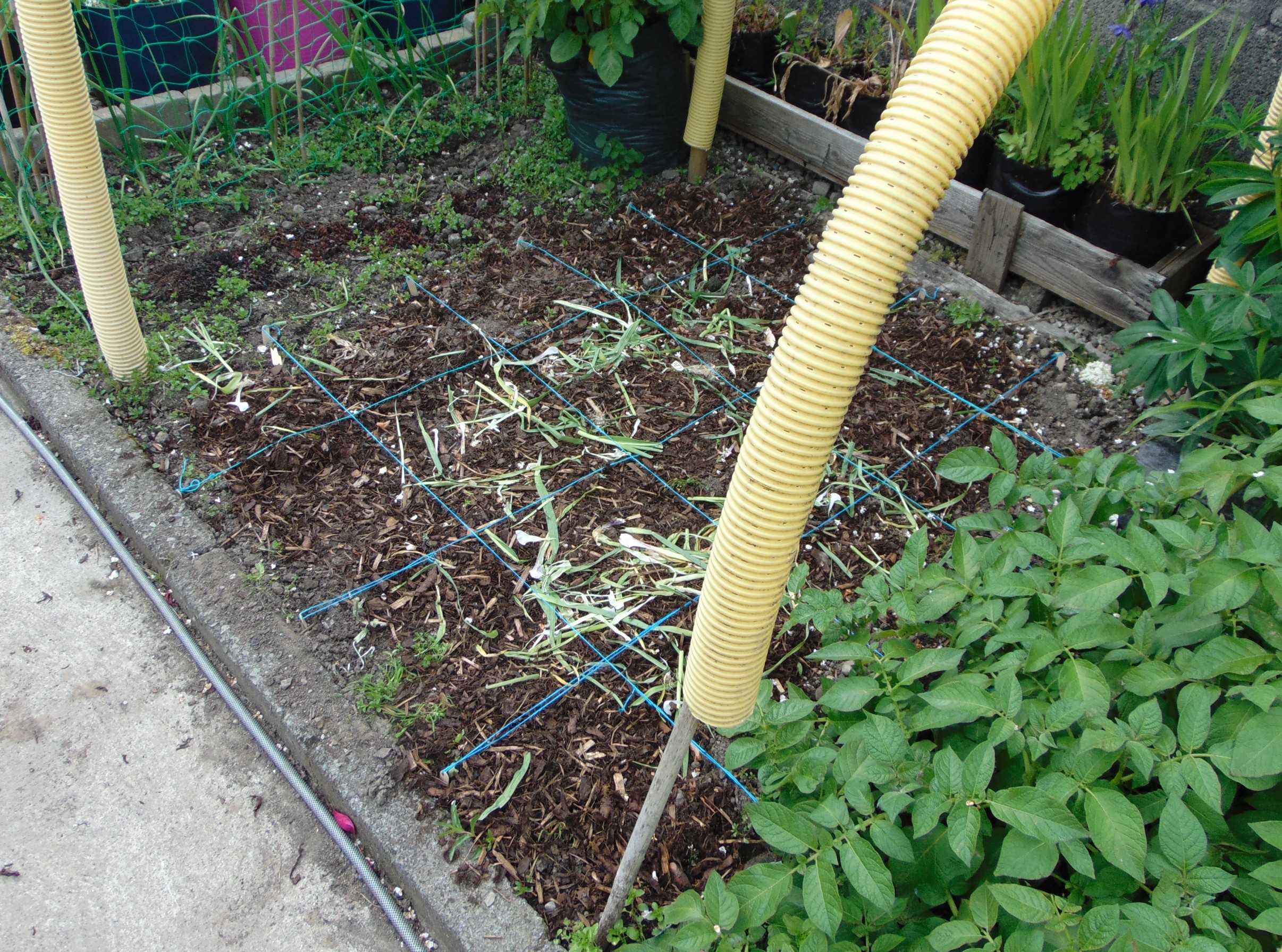 Garlic tops (From Spring Garlic) as mulch and they’ve been marked again for planting cabbages soon. 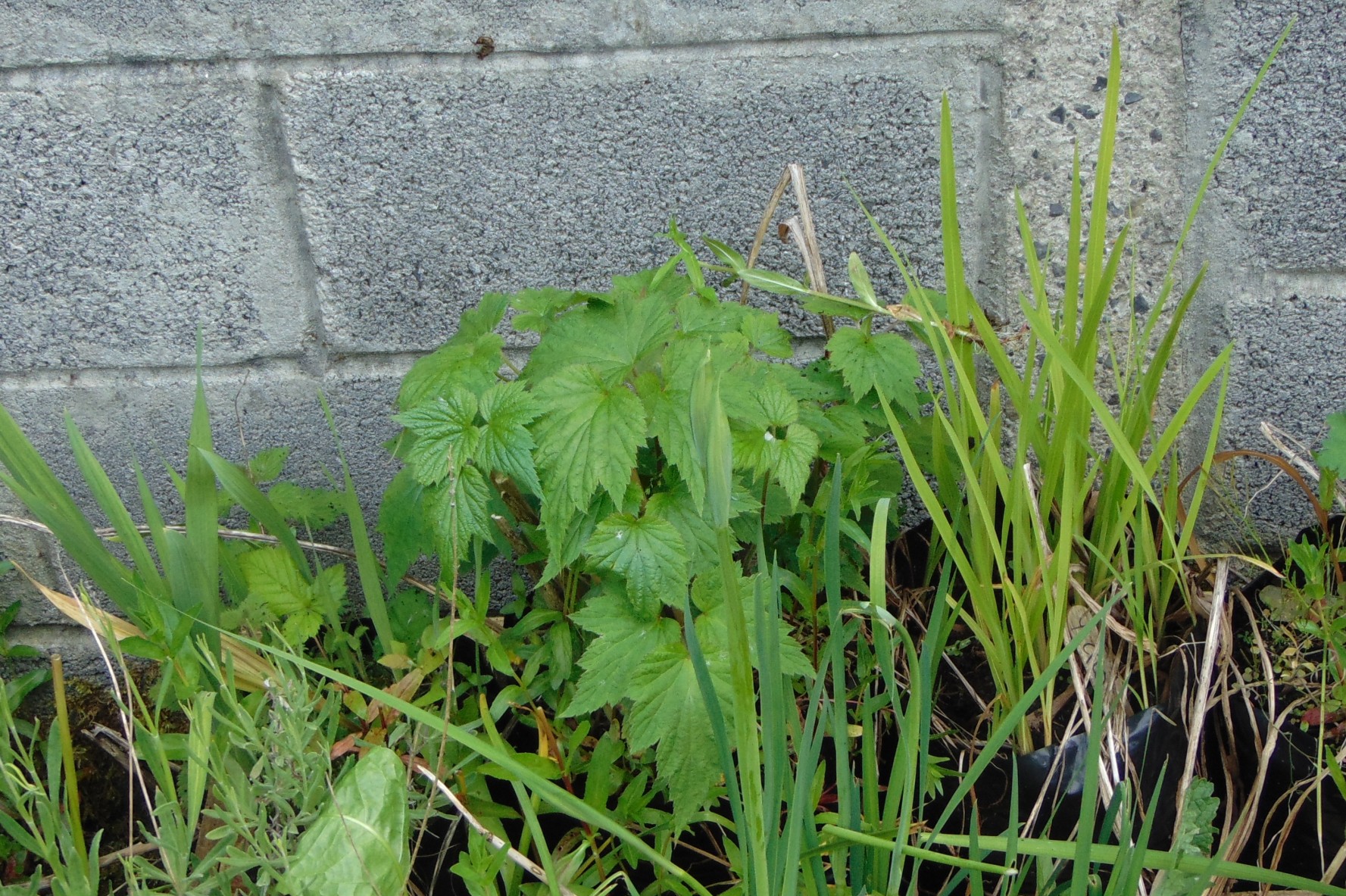 That area is hard to get to without moving things so I put chunks of Japanese Anemone, Field Geranium and Crane’s Bill in pots to fill it up. 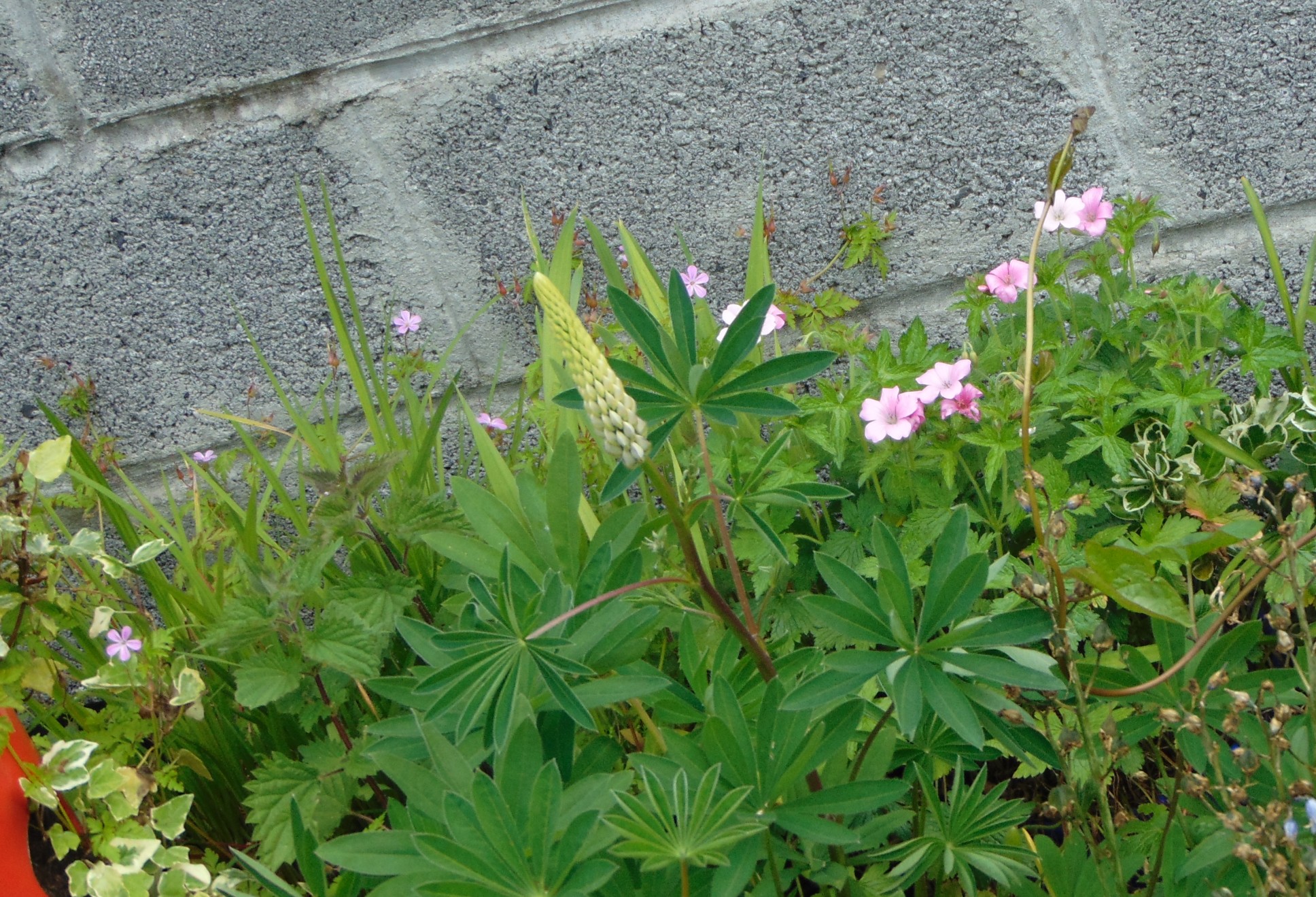 Needs a good weeding, I am on it, but they’re relentless. 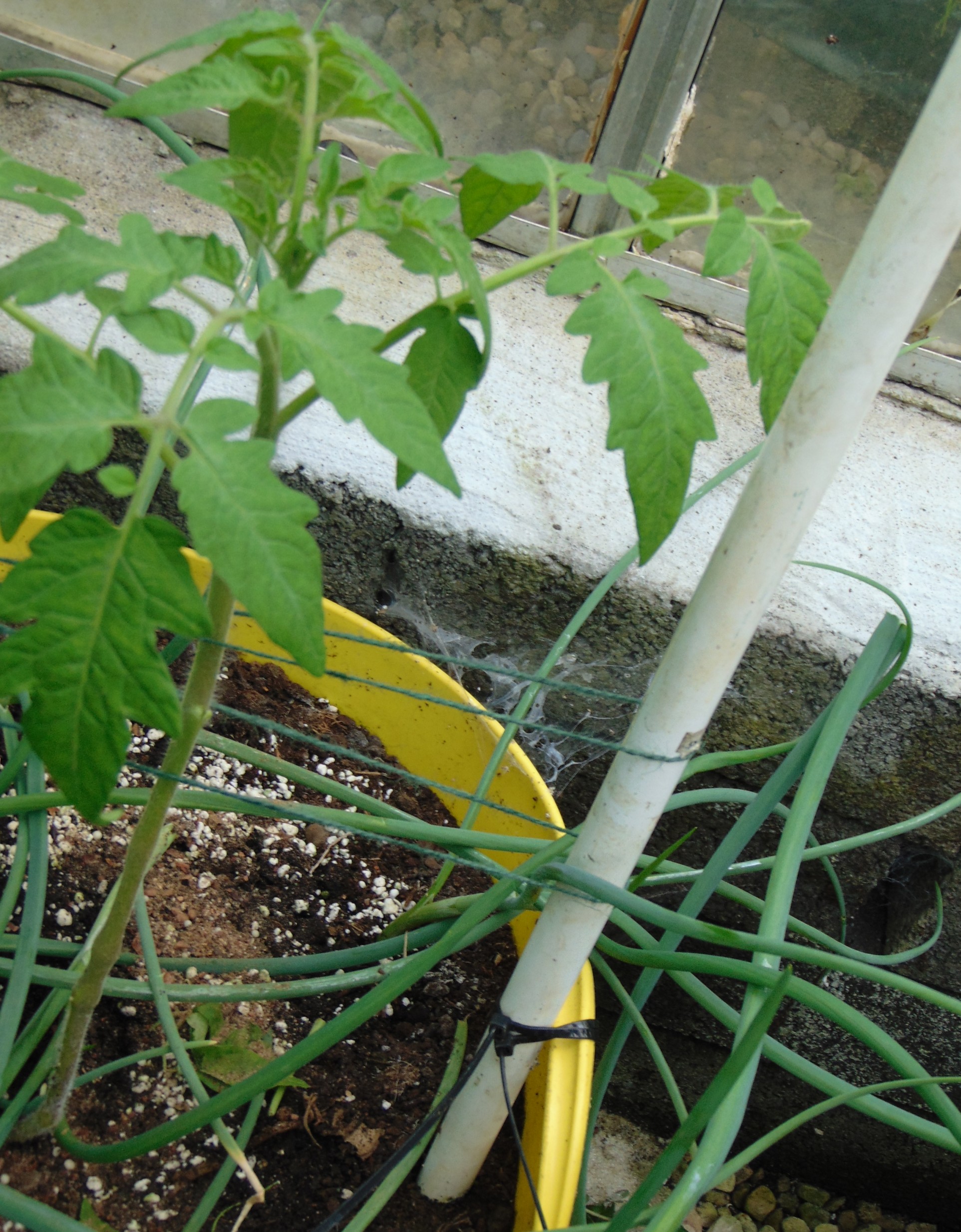 This year I prune and keep it tied. I want a few nice tomatoes, not a lot of waste greenery.

Hard to remember how much of the garden stared with the phrase “I wonder”, I’m willing to do a lot to get something to work, sometimes too much I admit, Dear Reader. I have pushed myself so far and it’s funny that at the point where my body is at it’s best, not that it’s anything amazing, but I’ve been through a hell to get to this, I haven’t anything huge left to conquer. I expect the back to always be somewhat wild, I’d just like to see what could be done, but even that is small potatoes compared to the rest of it. I’ll keep moving, hauling and shifting all manner of oversized and overweight salvaged objects to keep making the garden better, but it feels strange not to have any more mountains to scale, so to speak, but good in a way because I no longer need to distract myself quite so much. For now I plan the expedition to Nettle Hill by looking at photos, thy have a lot of uses, Dear Reader, late night doubling checking is a main one next to preserving and recording. I’ll be back again later, Dear Reader, until then stay safe and take care. 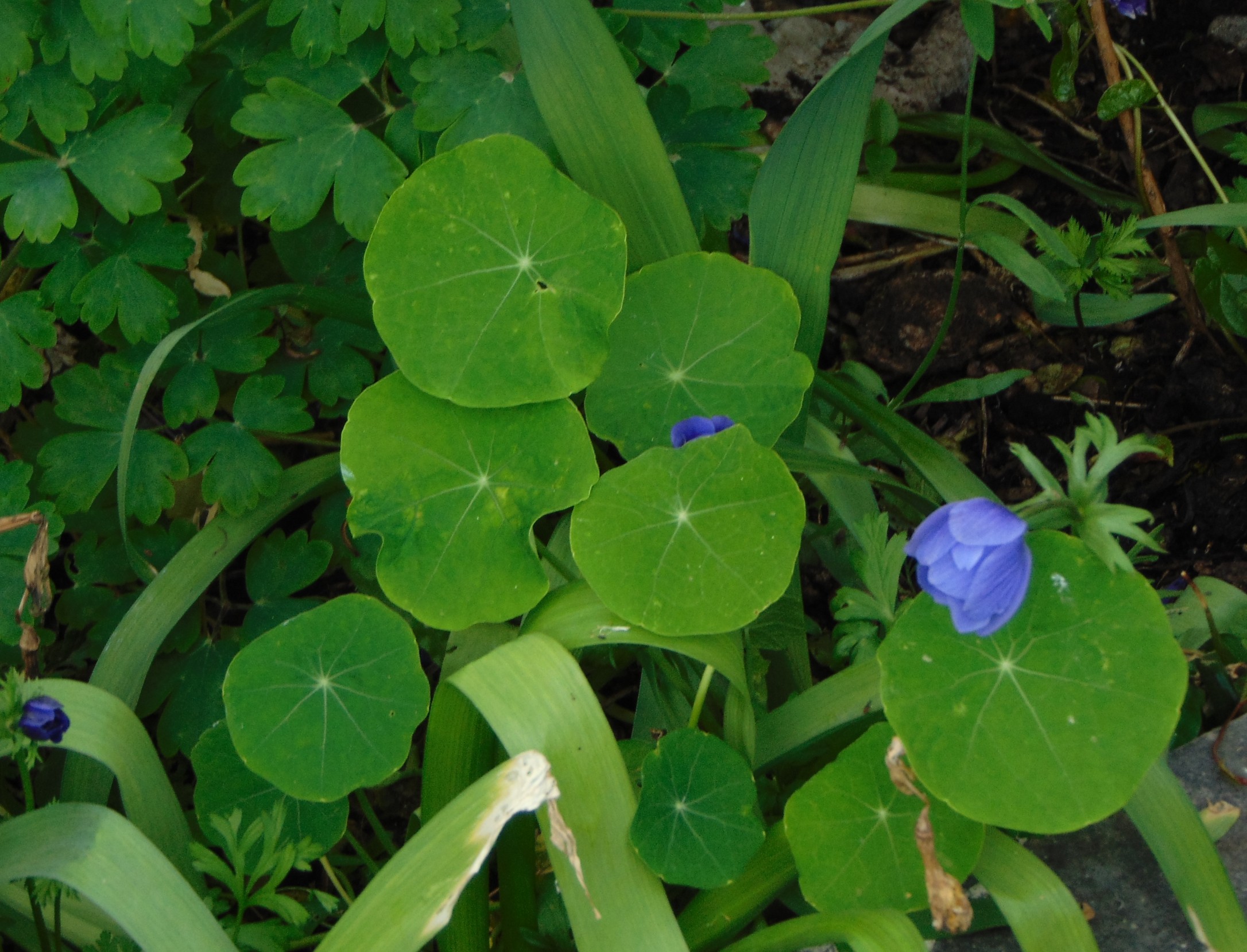 Before any of this I once filled the area with nasturtium seeds and once again they’re returning. 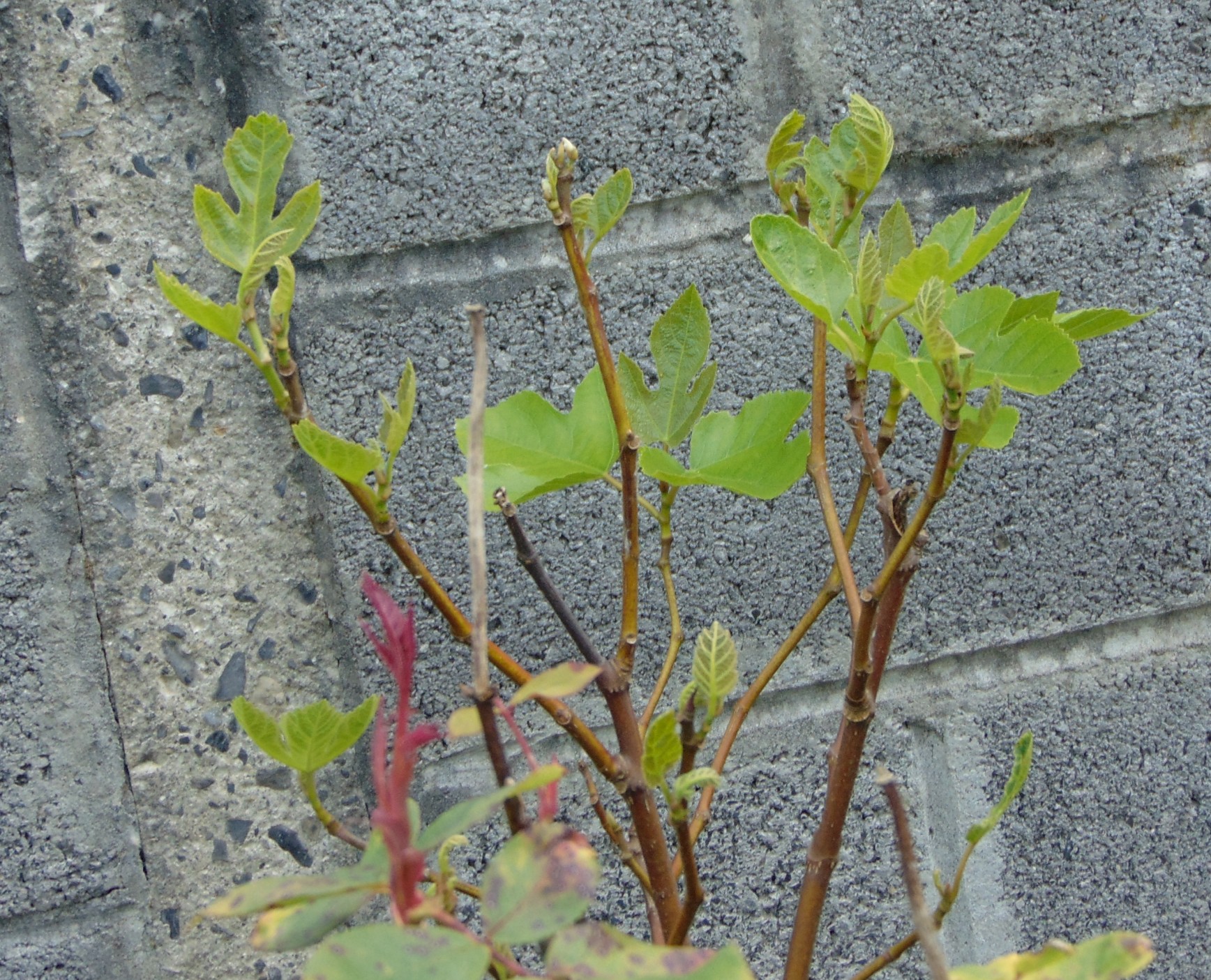 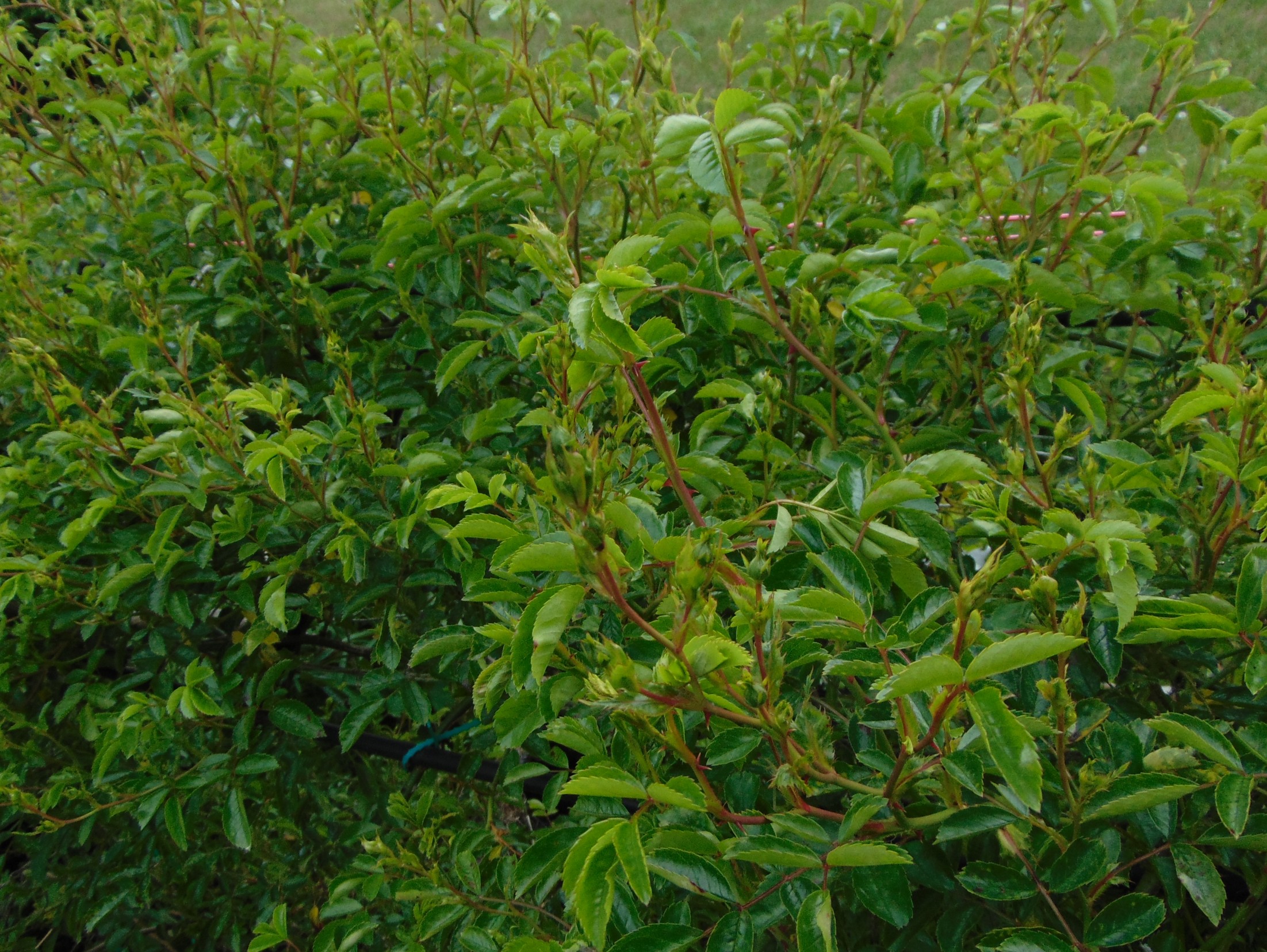 The Back Rose is a wild rose so it blooms in clusters. 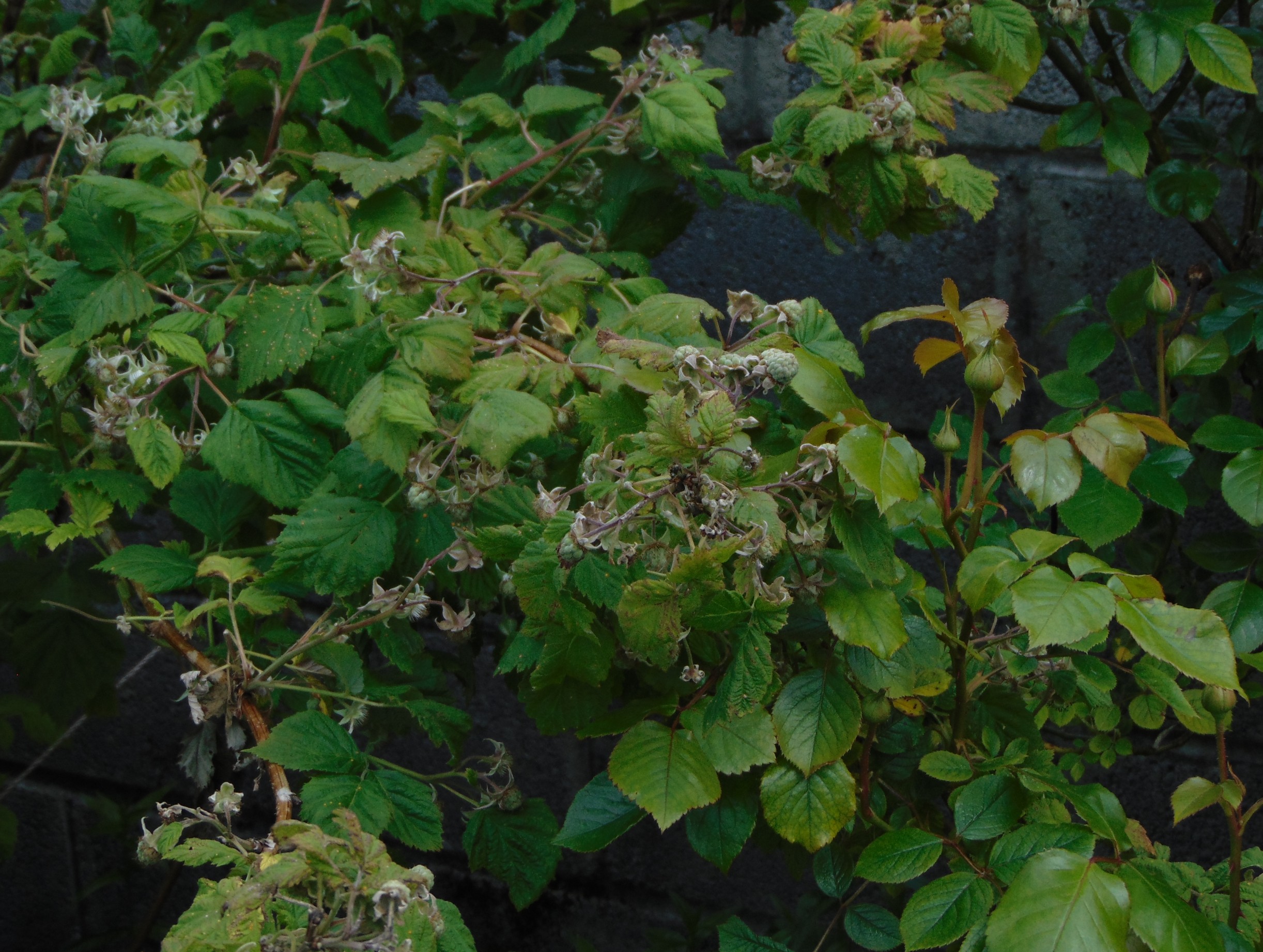 Bees have been busy and the raspberries are coming in. 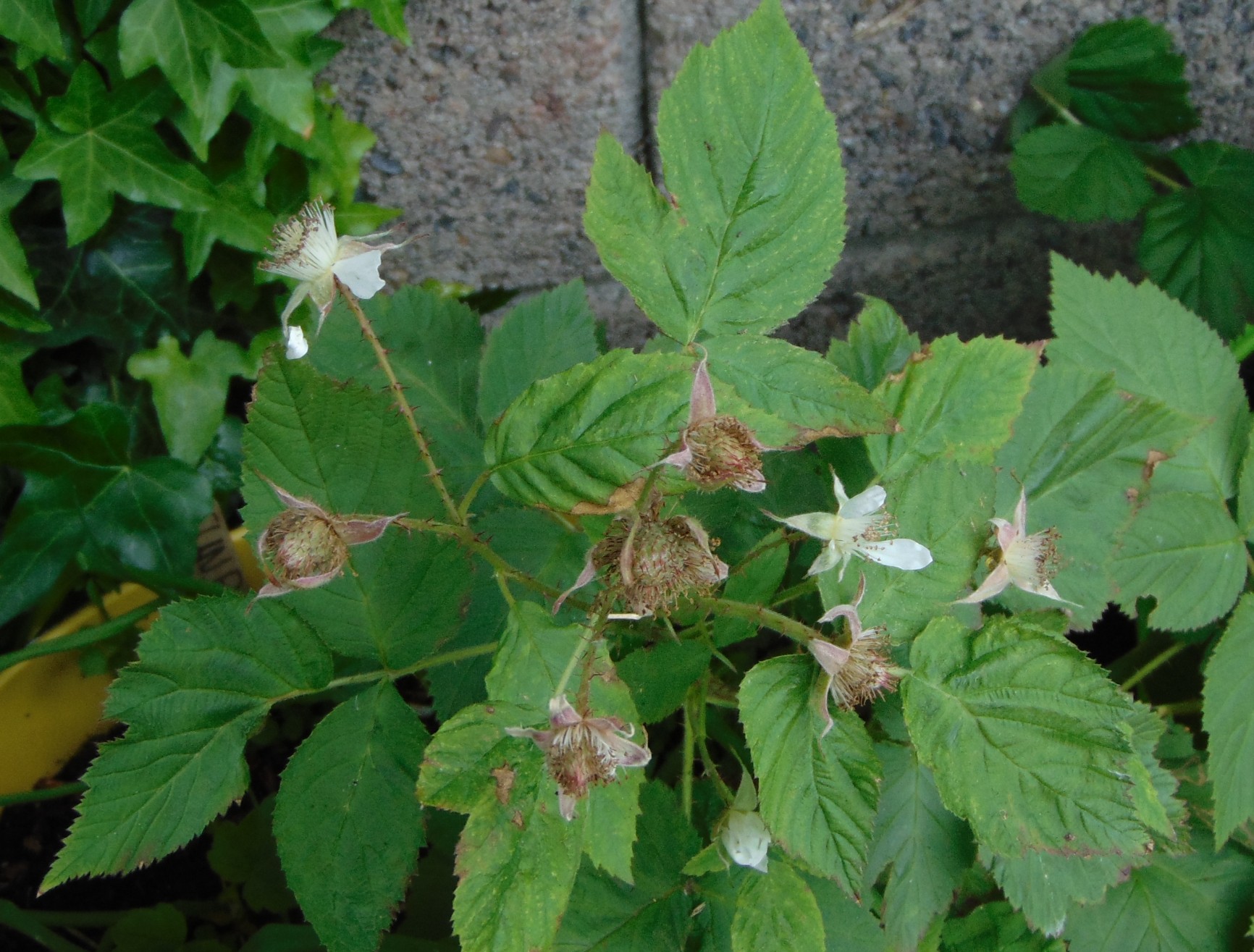 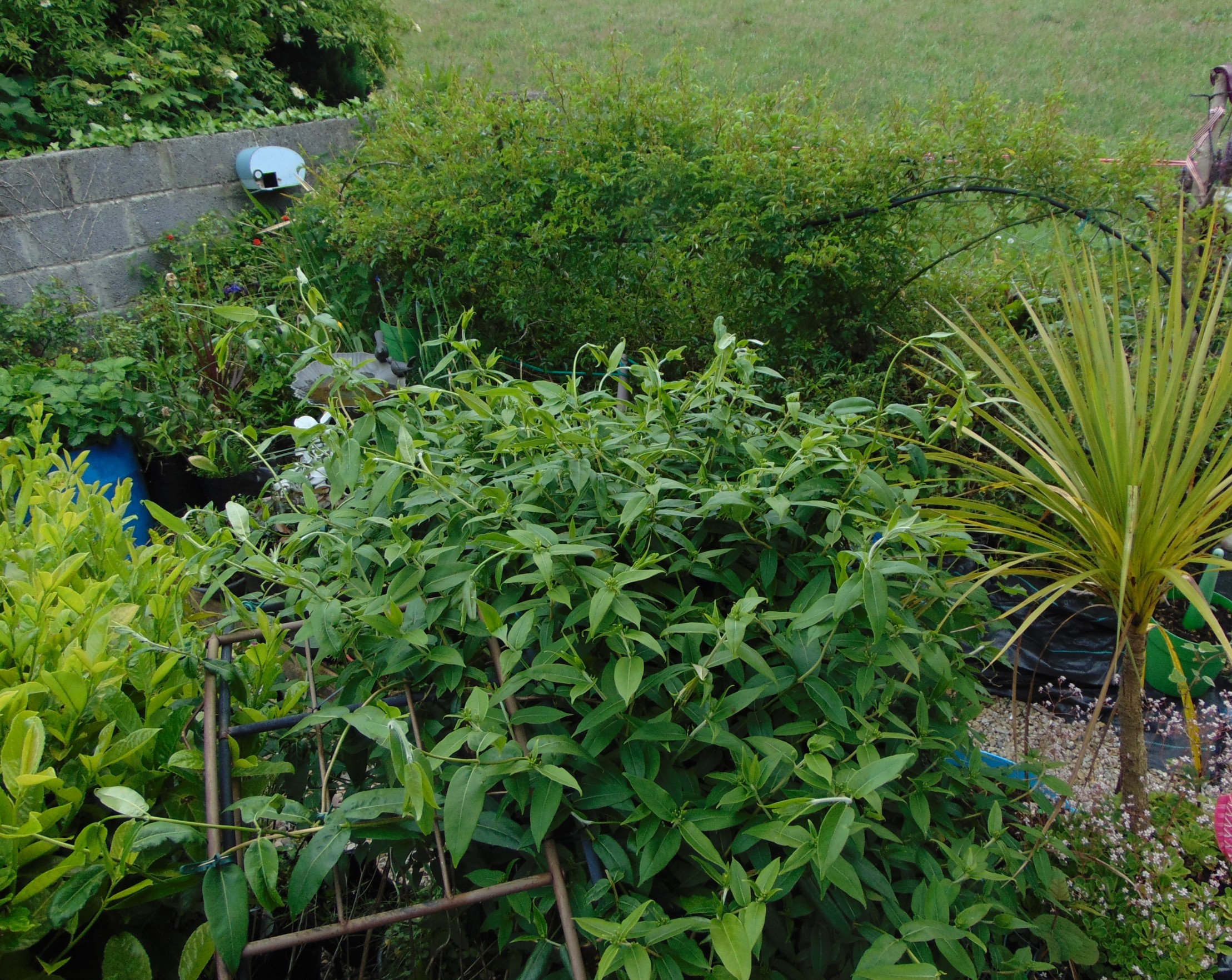 Nothing stays small if I can help it.

4 thoughts on “Don’t Make Me Climb Up There!”