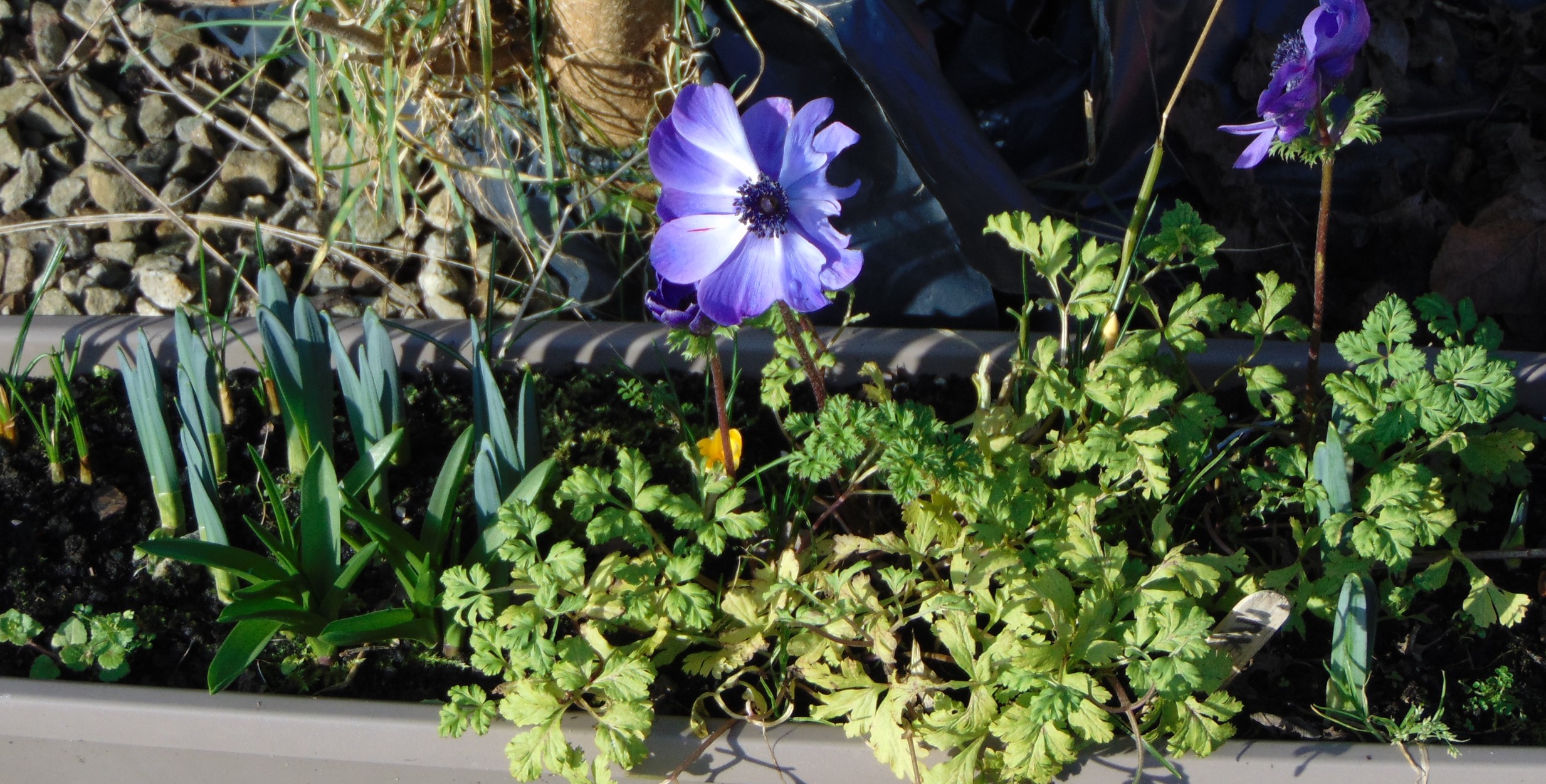 The anemone really love the sun. 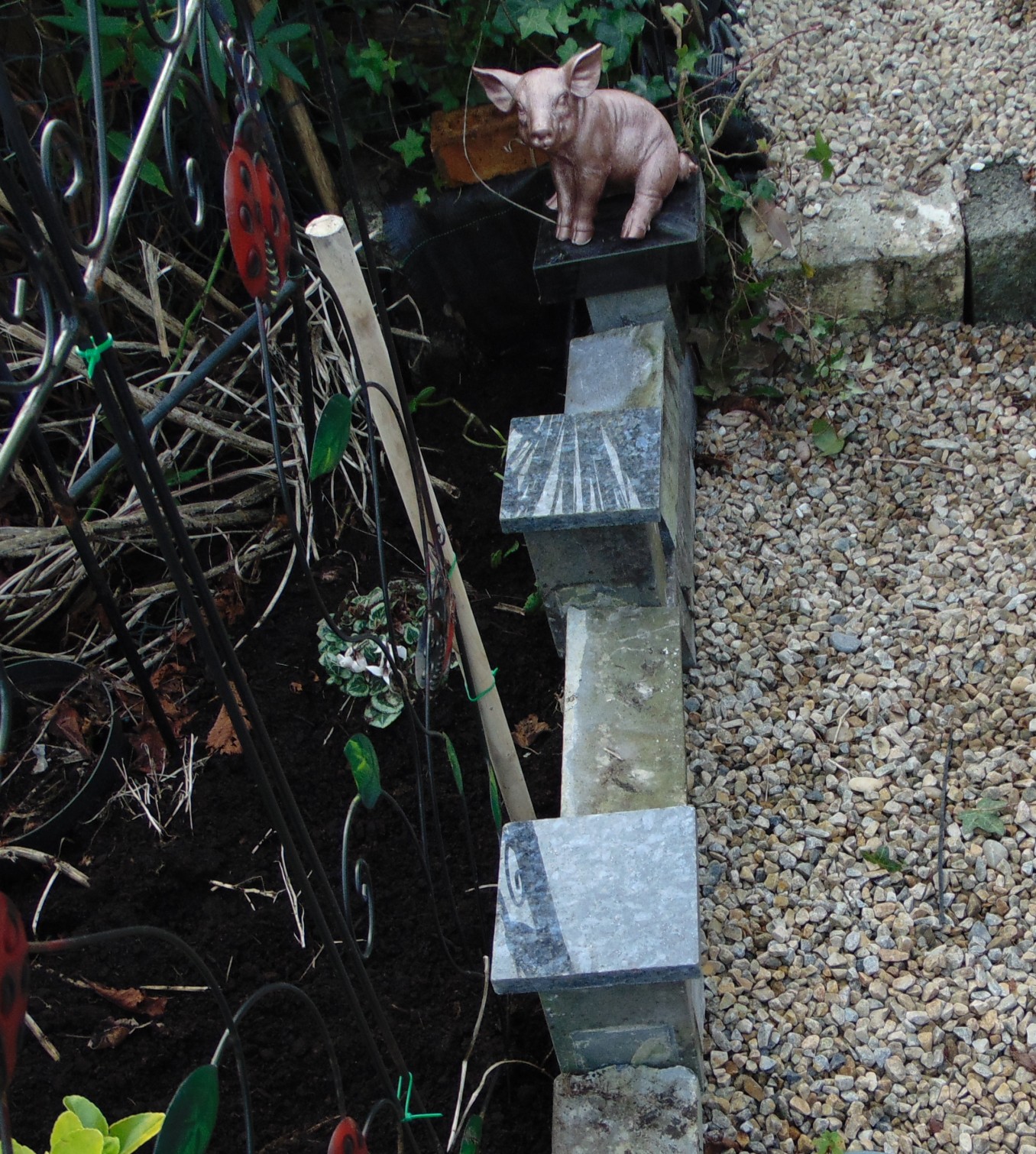 Yes, Pig has been reborn and is still smug. 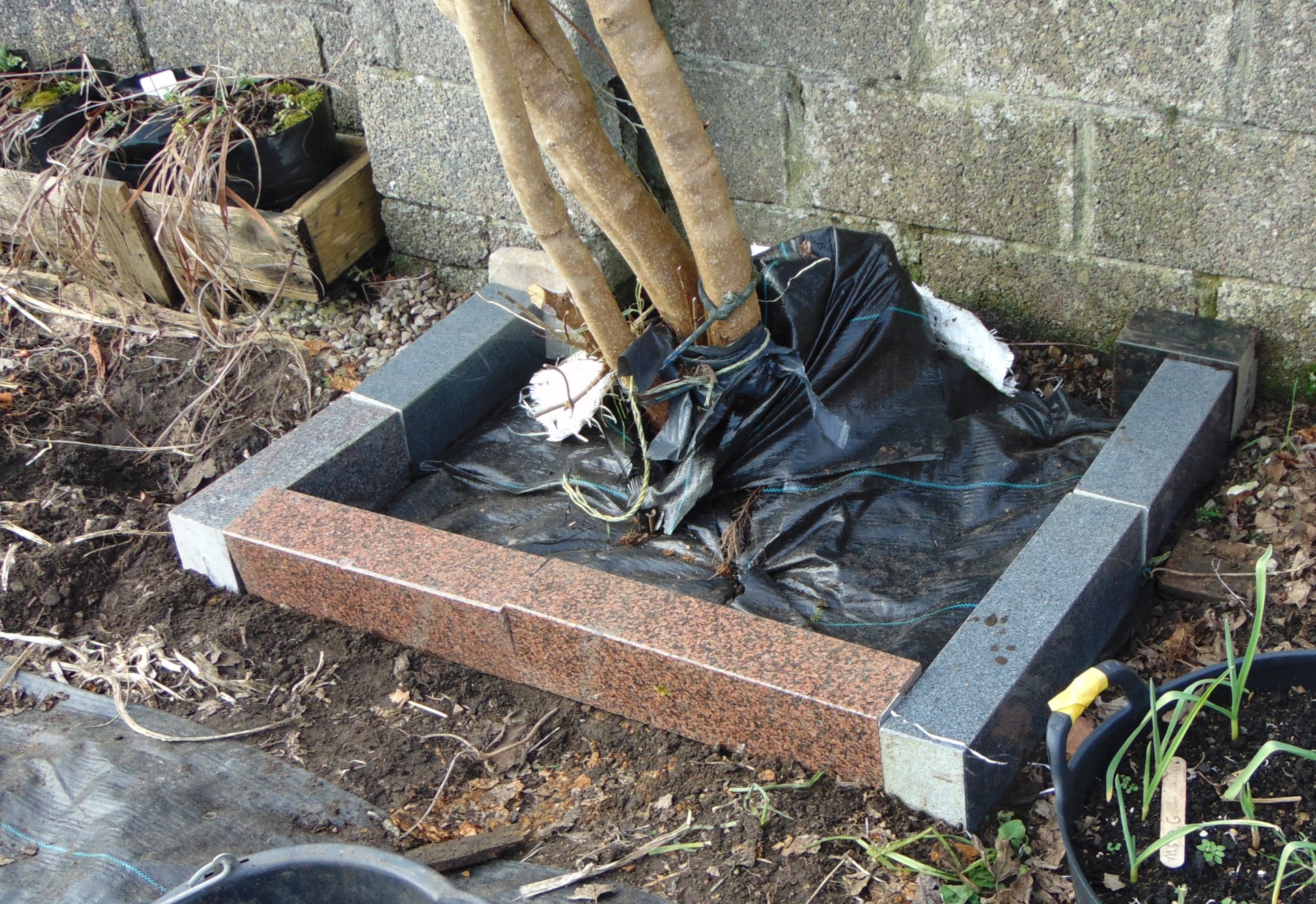 This was as far as I was going in the morning.

Yo, Dear Reader, I was giving a tip that there was a big area fill with kerbing and off-cuts and thanks to a friend’s ever constant support managed to snag a good few bits, having everything be a hodgepodge of random pieces really helps hide any flaws, the disparity really makes it unique. The area was packed with so much, but I just took what I needed and after this I can say that I’m content and more importantly I’m finished with this part of the garden. It’s a good feeling to finish a project, not having to wait to see an end to something is always going to be preferable to a wait and with all the waiting I’ve been made to do I’ll avoid it as much as possible from here on. It’s amazing that there’s so much that is all waste because it can’t be used, sad it couldn’t be taken and remade somehow, but I’m grateful to be able to do with it what I could. 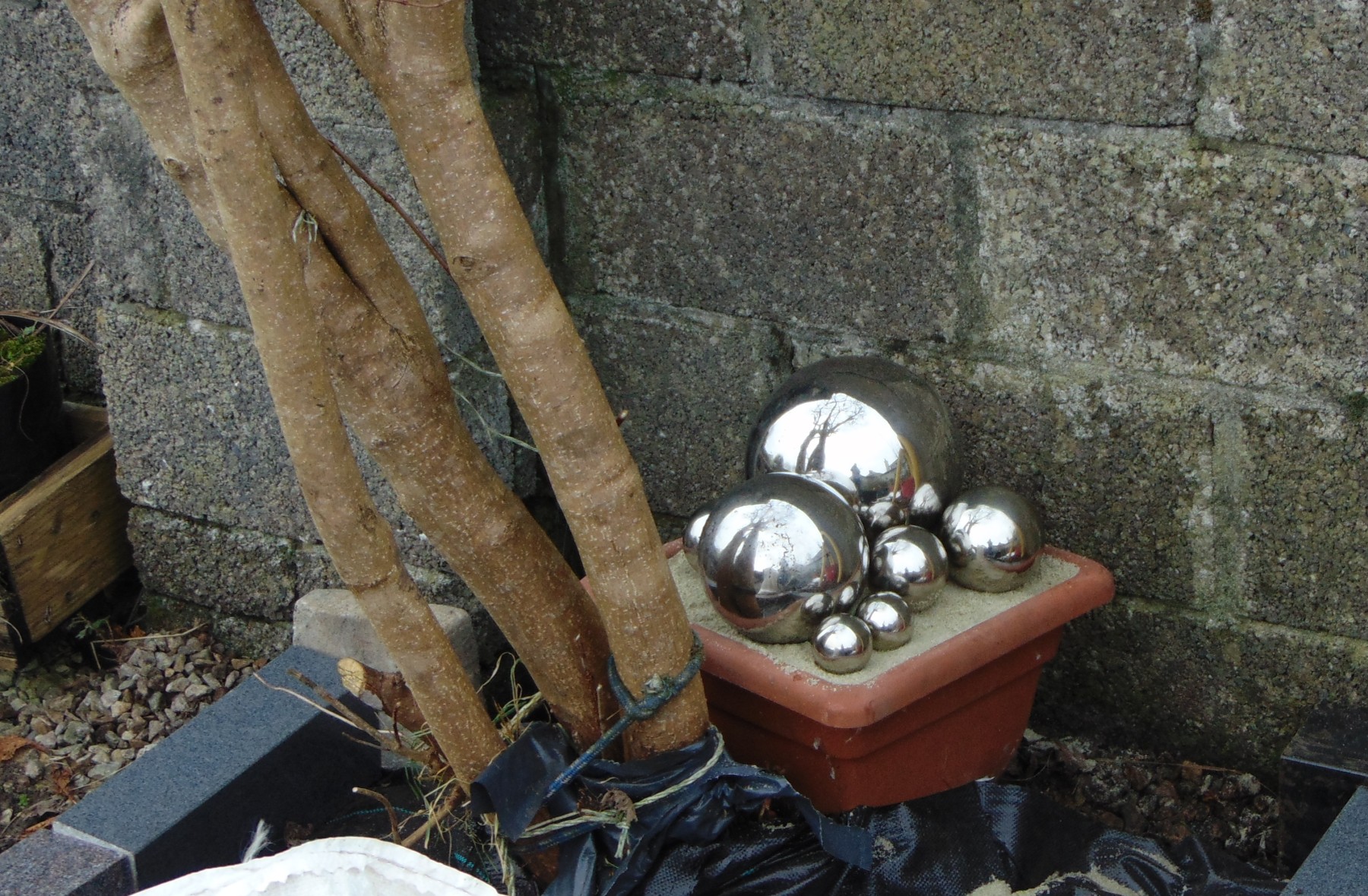 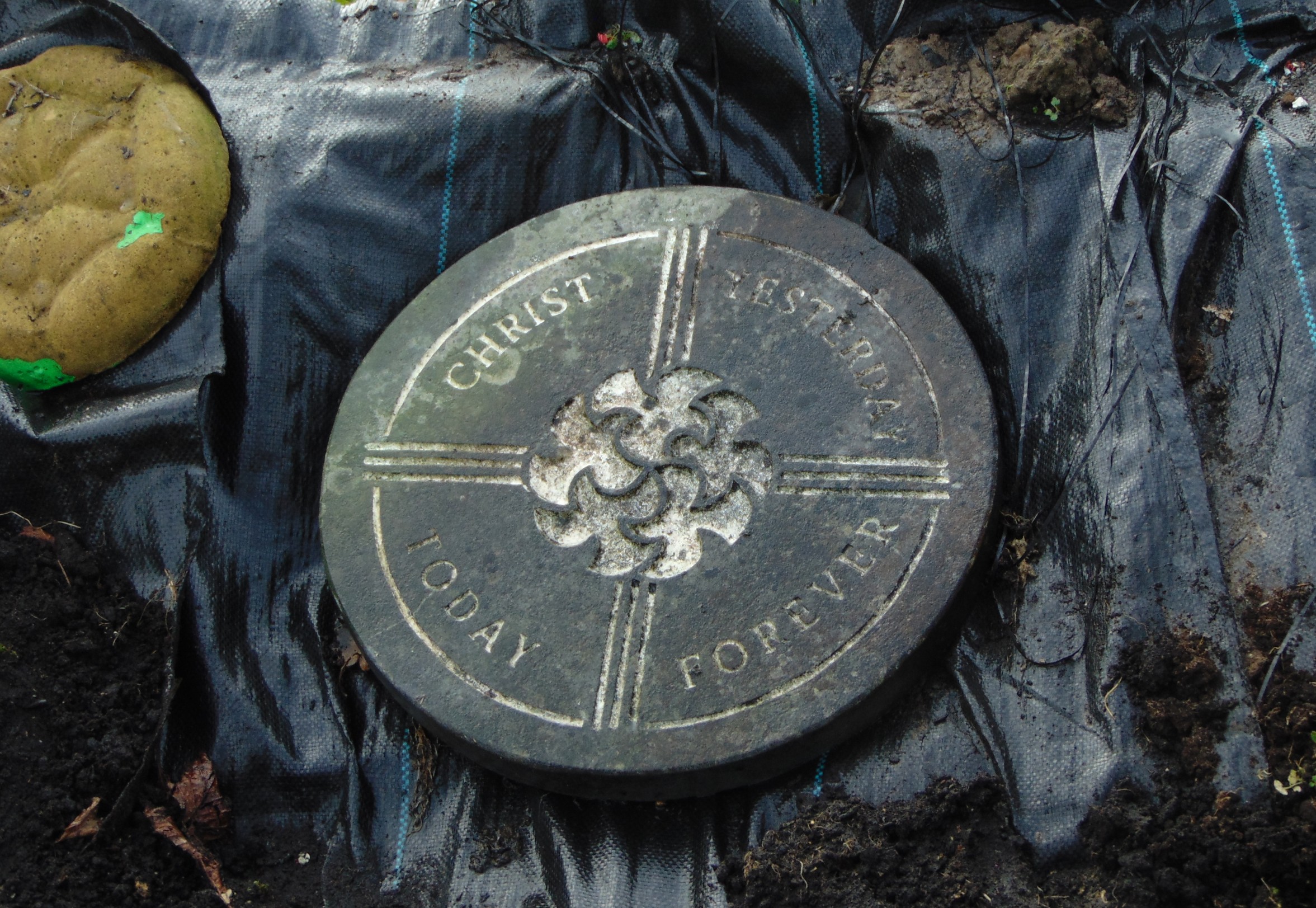 It was so unique and just thrown away I couldn’t leave it to rot or be broken up. 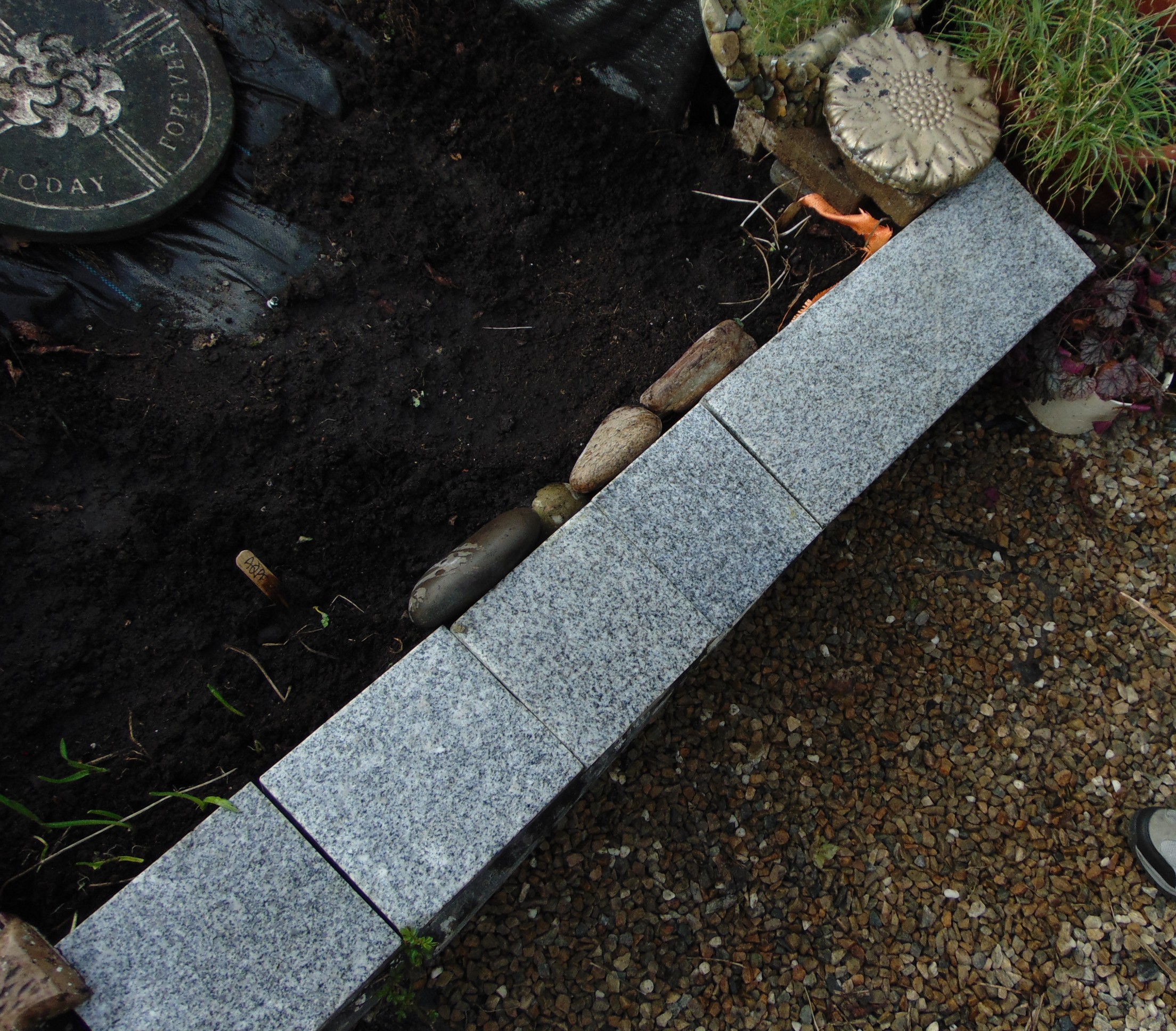 he rockery continues to take shape, from all random pieces laid over lumpy junk.

The tree has always been an eyesore beneath, there’s an old stump beneath the planter, found and now ragged bottomed, but the pot settled over perfectly and with a bit of plastic plugging it the sand helped it settle, it’s way too shallow to plant in, but the gazing balls finish it and they’ve been just scattered about at random anyway. Up next I fill in, it’s matted already, repurposing old name and throwing away the old wooden edging, just old planks, but good for the time I had them, the chunks just slotted in and are tightly locked so no soil will fall out. I had to eyeball it all as I went and somehow managed to get it right. I can’t exactly return them and ask for another better fitting piece, can I, Dear Reader? All I have to really do is thank the people who helped, I never take for granted, Dear Reader, never forge a promise either. I forget plenty of other things so it balances out. 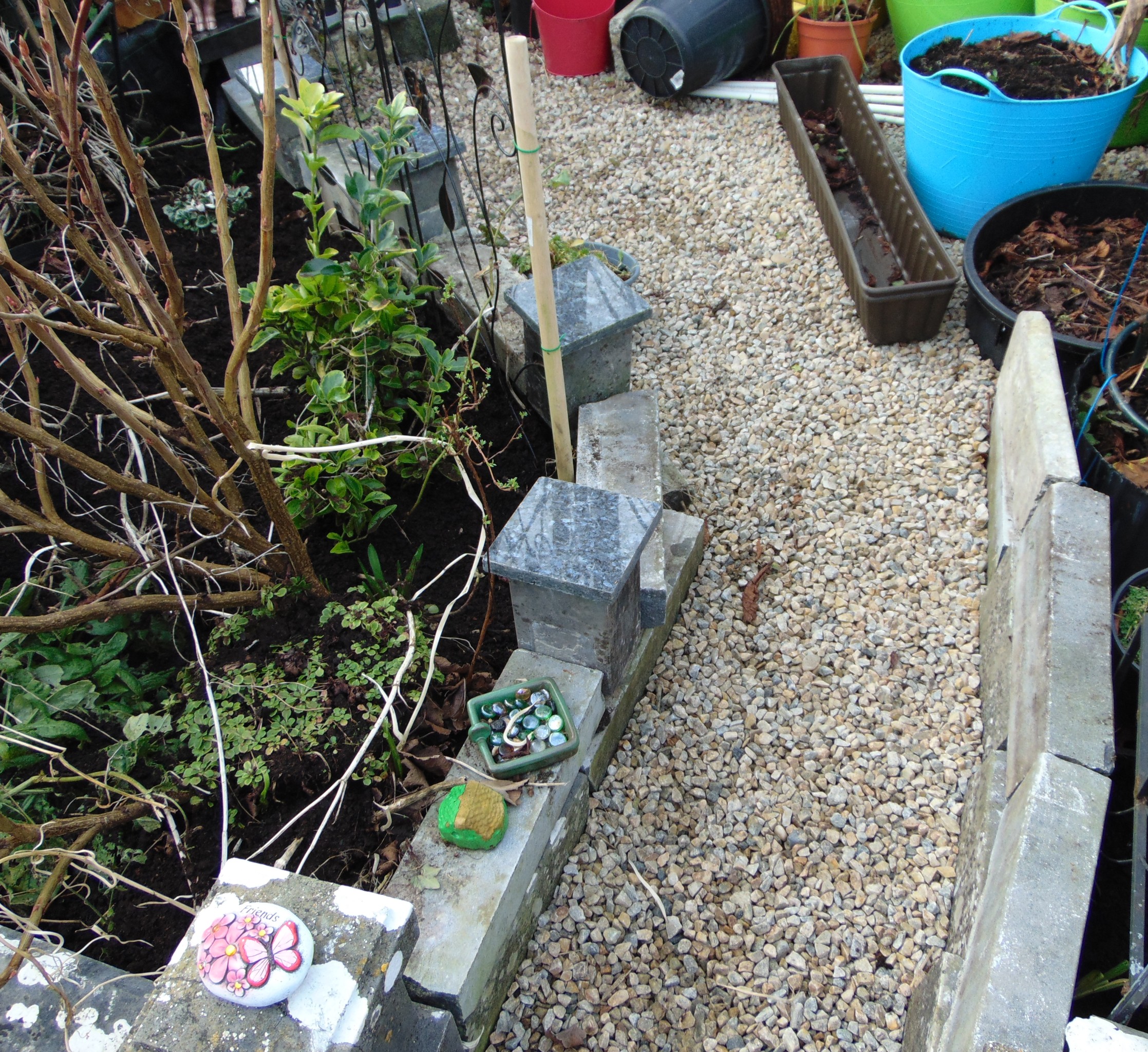 Needed a bit of chiselling and a lot of balancing to get them to stay. 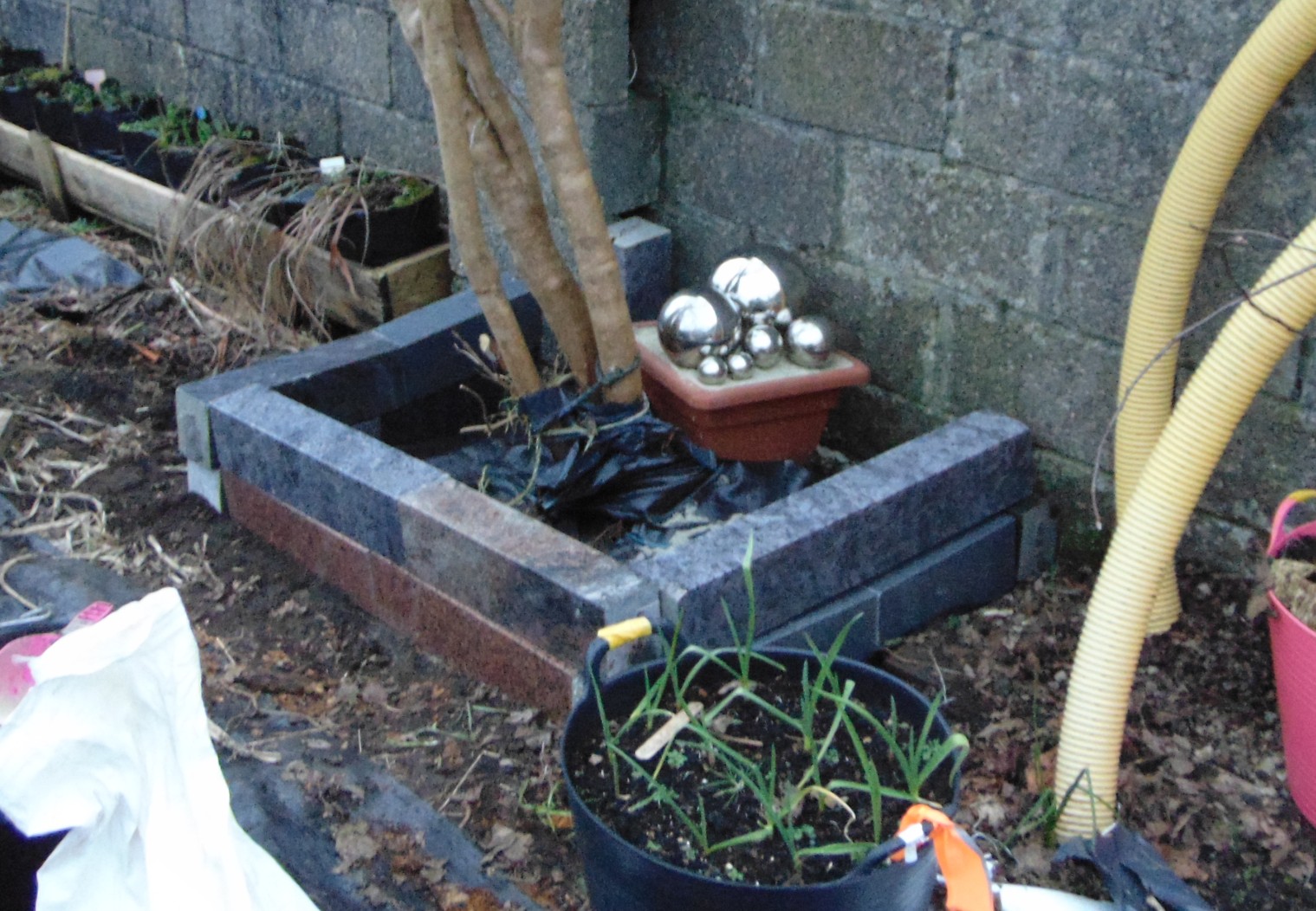 By evening I had it finished up. 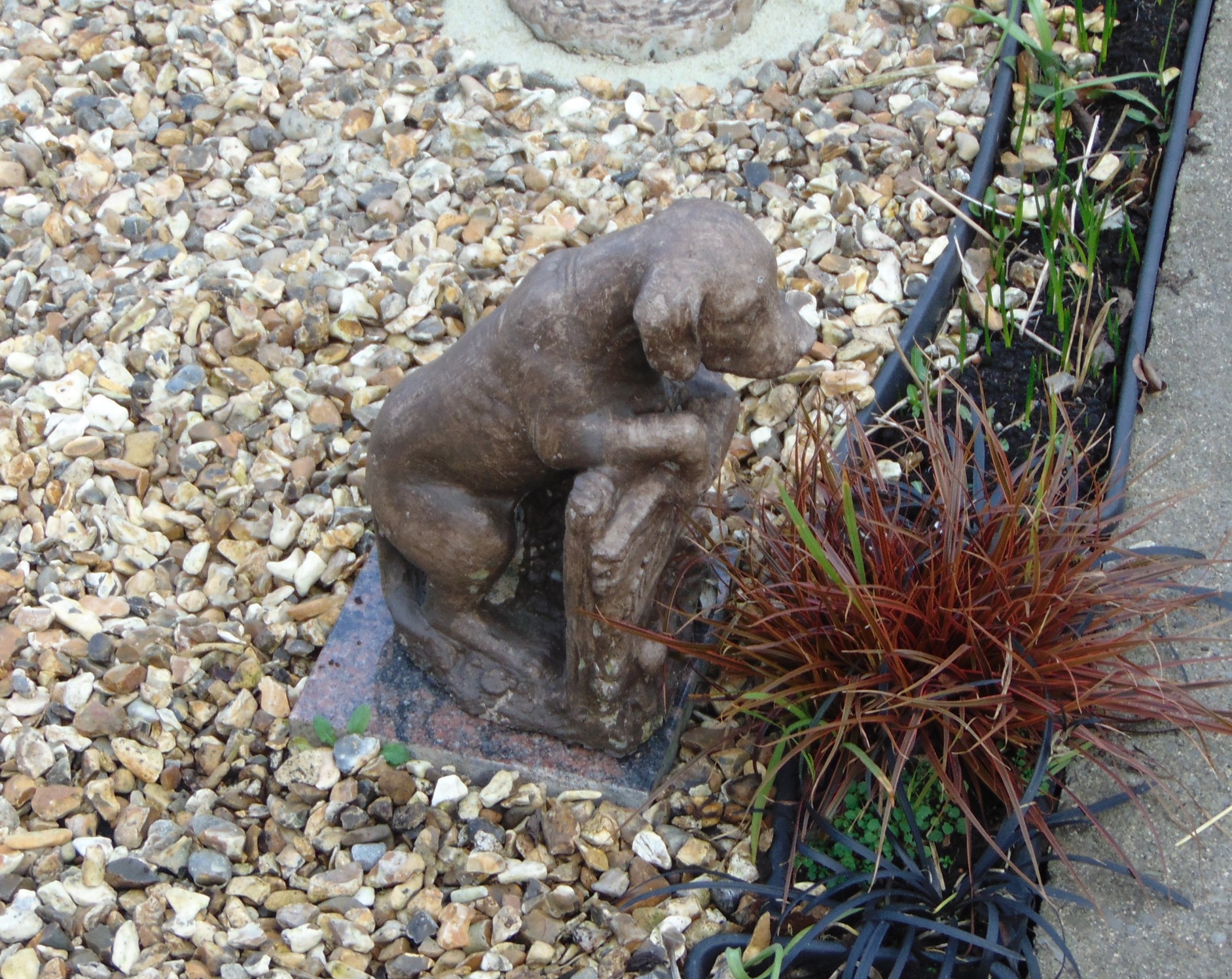 Even gave the dog a boost.

The garden is starting to really come to life, we’re being threaten with snow, but that’s almost a given at this time of year, the threat, Dear Reader, not the sow, the weather here is too unpredictable, yet hardly moves away from the wet and overcast for the most part. If nothing else I’m prepared for snow, but all I can do is watch and replace if needs be. The sand seems to be keeping more heat in the greenhouse, that might be imagination, but better a positive delusion than a negative one I suppose, and if nothing else the plants are tough. I’ll just roll with whatever season the day decides on, Dear Reader, I’m trying to be better at not planning too much or worrying too much, whether I’ll get better is hard to say, but if all else I’ll garden away regardless so there’s that. I’ll be back again later, Dear Reader, I’m off to rest my weary bones, more foo me for rushing with everything, until then stay safe and take care.