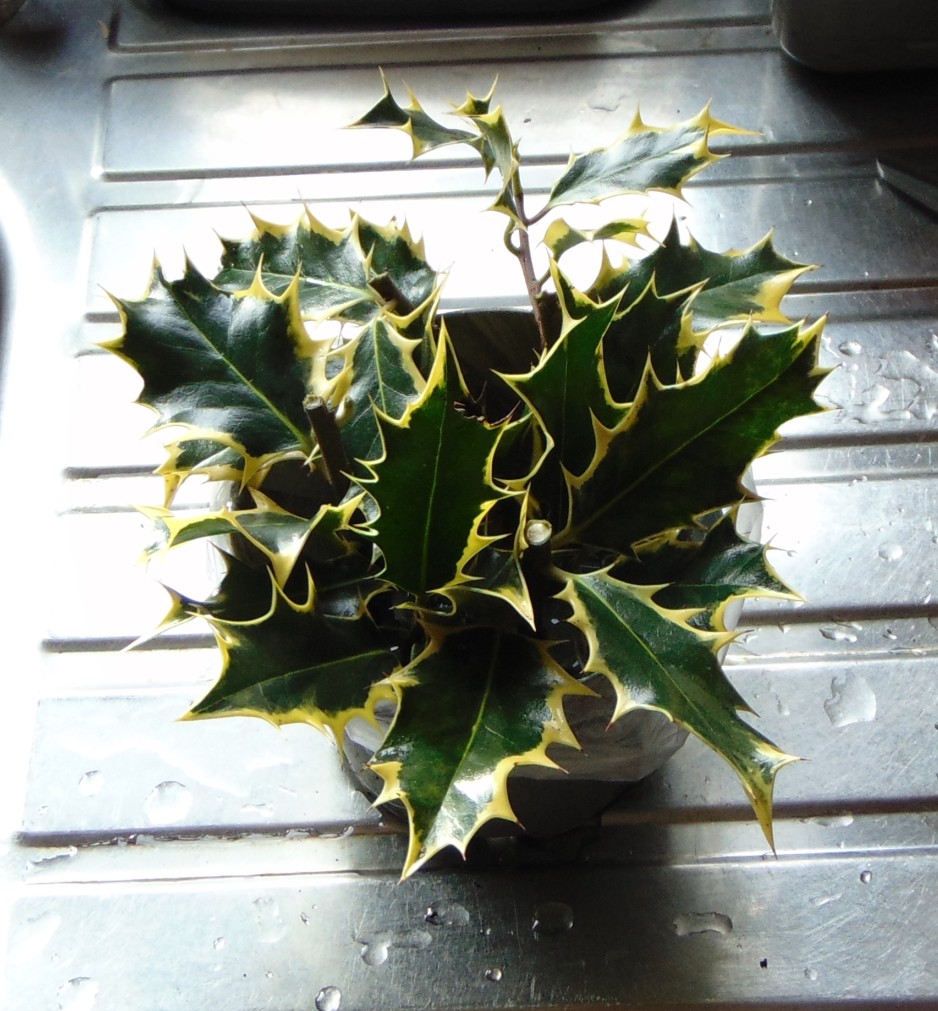 Found cut branches of holly on a walk. 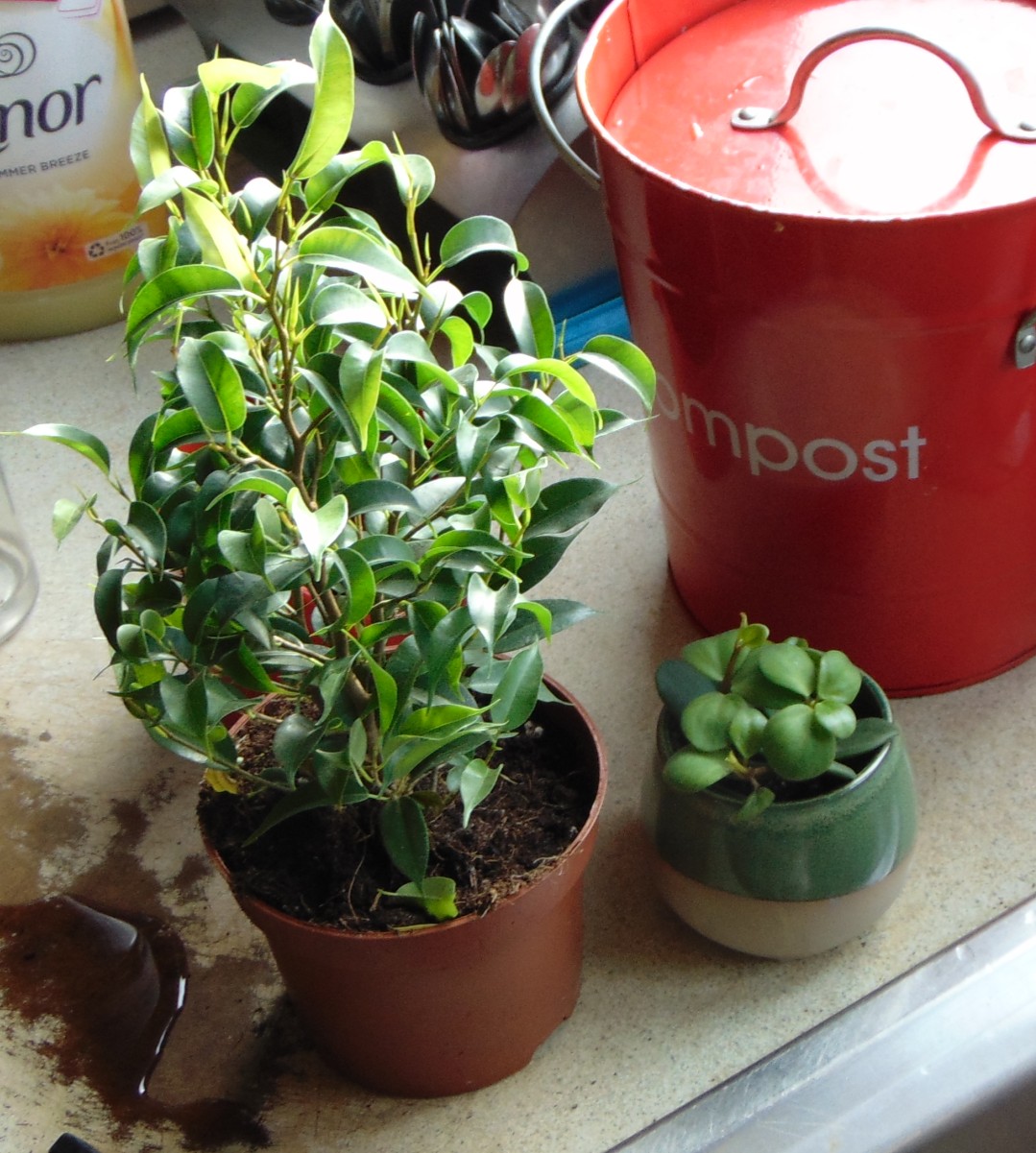 Found new friends in the supermarket. 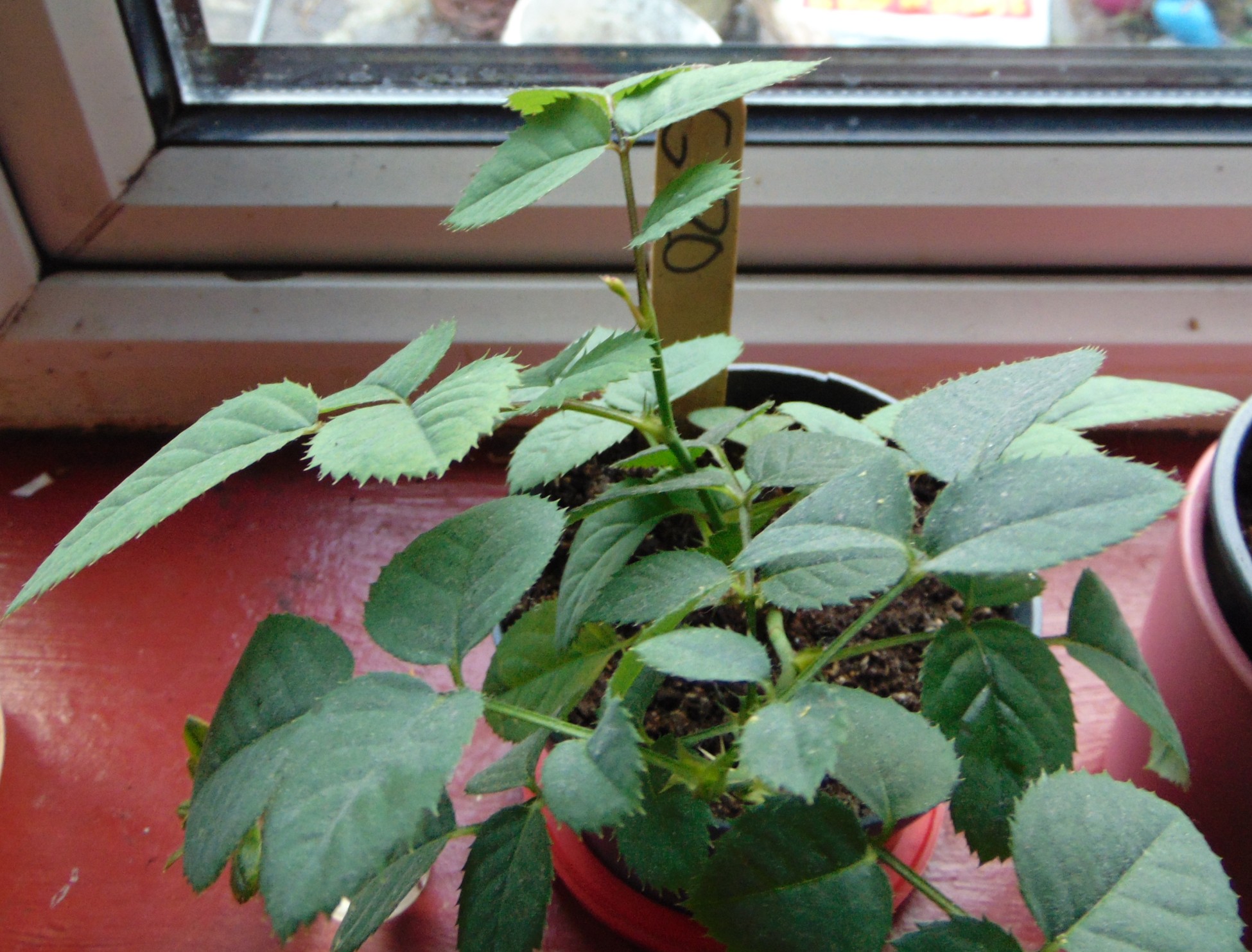 The first bouquet rose flowered this time last year. Not there yet, but doing well.

Yo, Dear Reader, you can tell the season is starting to pick up as I’m back to daily posts for a while, good way to destress and to think about where the garden is heading. I mean I do hope others beside me enjoy these posts too, but I’ll carry on regardless. I take a lot of photos as a record and even then I still seem to need more from different angles, the garden has gone through a lot of alterations, I hope to never be finished changing things, but I did not have beach sand on my bucket list, Dear Reader. Even if I lived near a beach that wouldn’t be in my mind as an option, but then my friend’s luck struck and we found a huge heap of it discarded, might’ve been used for settling stones and the rest was just tossed and I was going to Google for idea, but instead let my brain just tick over and off I went. 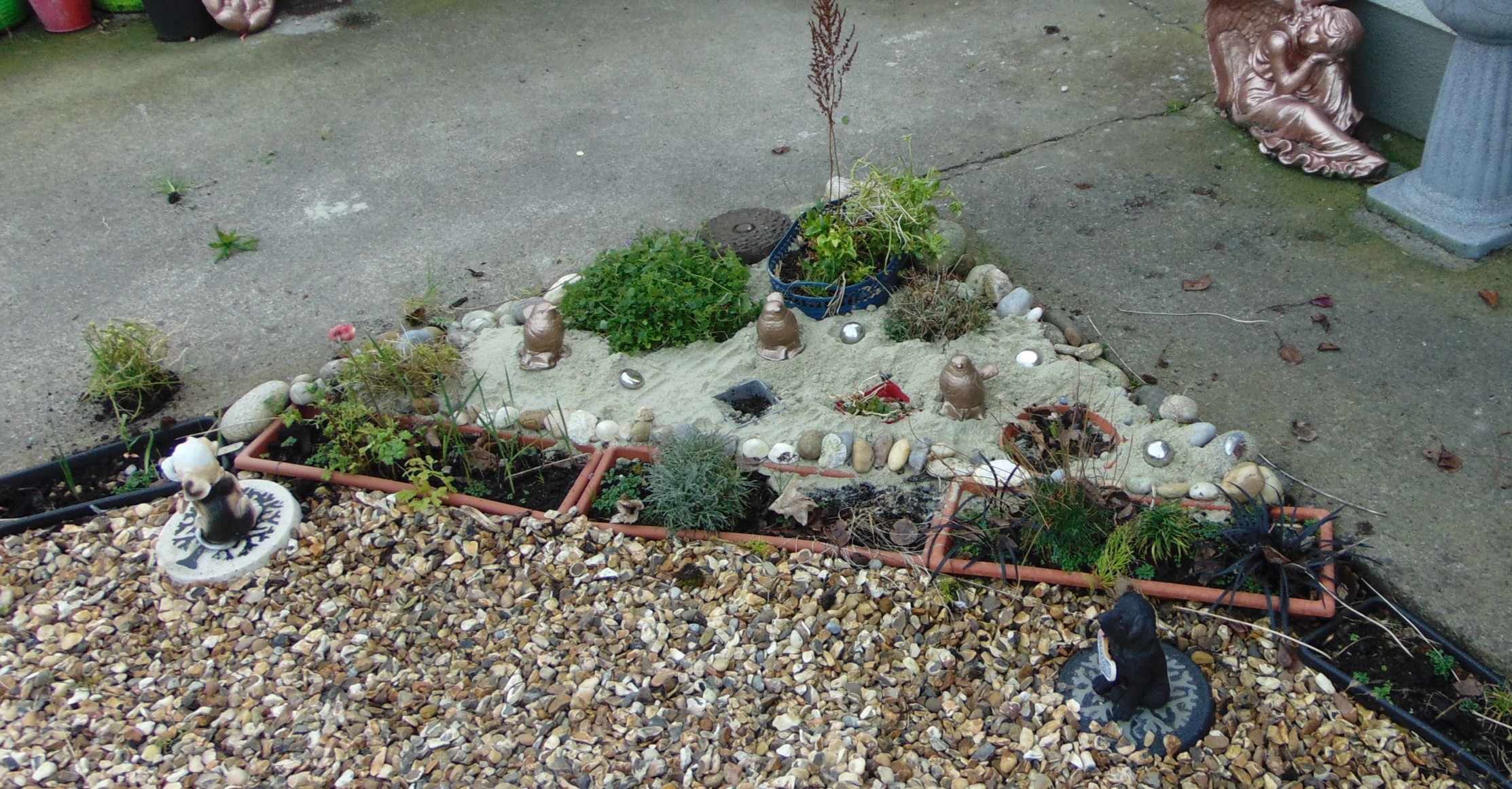 Needs a few new flowers, but you can actually see the stones now. 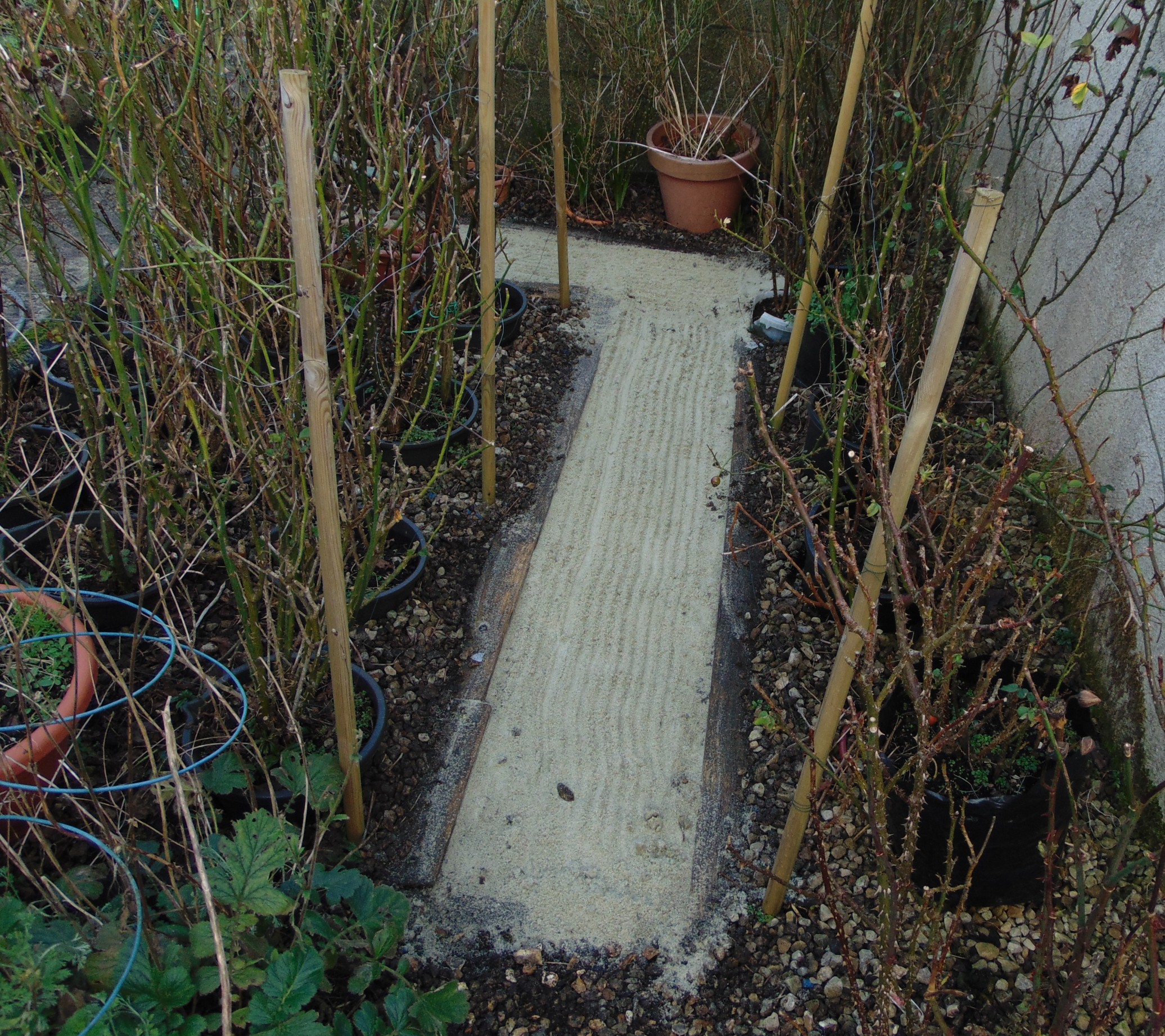 Everything gets dirty in time, but that’s fine too. 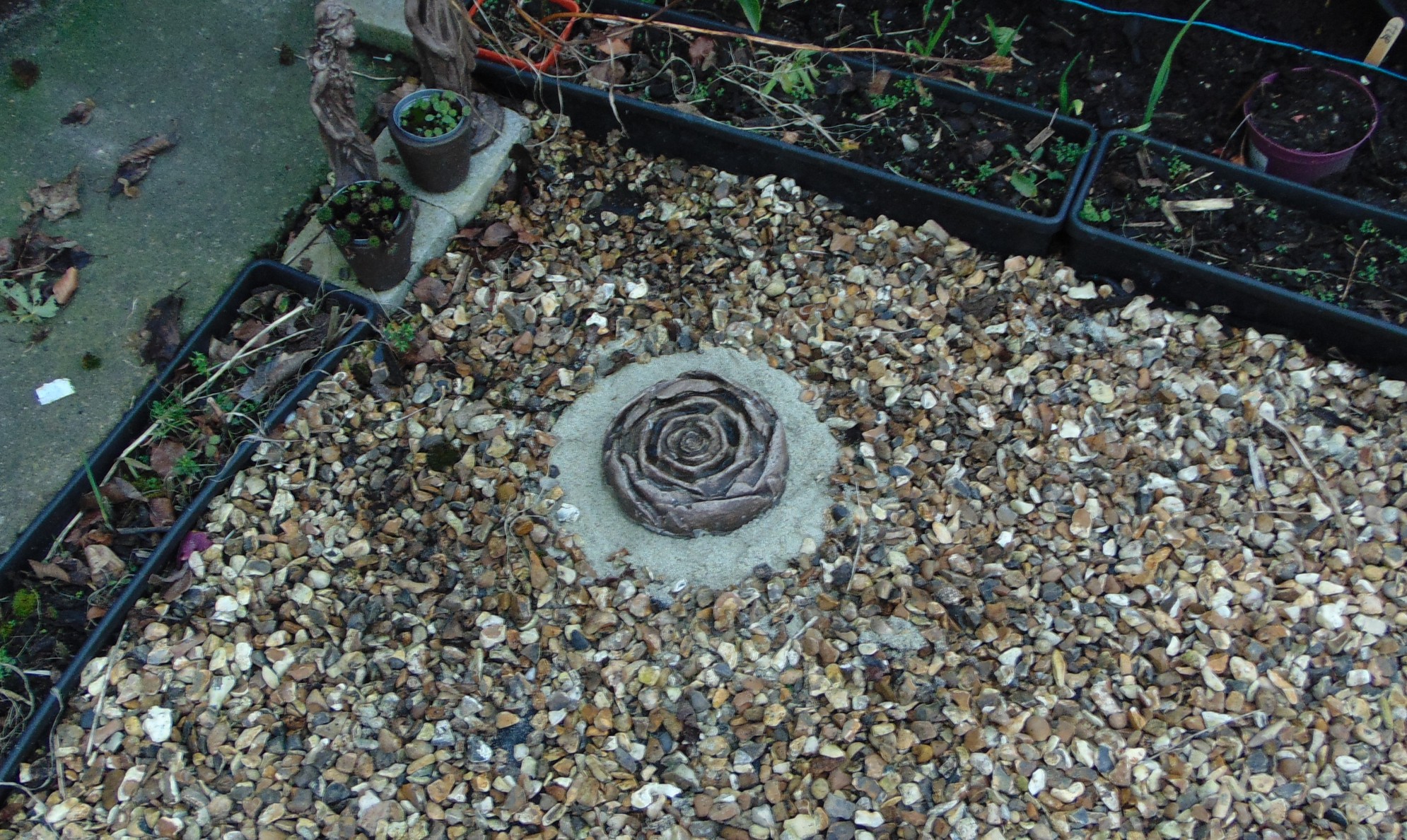 There are three, but you get the idea.

It’s such lovely sand and I wanted to be able to walk on it, but not wanting to drag it everywhere, the rose garden is idea as you mostly walk around rather than through, for a few months the path is safe, but once everything starts you could be torn to shreds by the roses, so it was perfect. The path is bordered by old plants and is much deeper than you’d imagine, uneven too, though everything is, Dear Reader, so I took the stones, cleaned and reused already, and started pouring sand, didn’t take too much and after a rake, the pattern didn’t last five minutes, it made a nice contrasting walkway. I’ll need to be careful with the leaf blower, but it’s heavy sand that sucks up water without getting too soggy and the drainage is good. After I went to the front and used a riddle to make a circle within the stones by clearing a square, pouring sand and then pressing the riddle in and bringing the stones over to the edges. Then the rockery finally got a bit brighter and finally, no Jack never stops, Dear Reader, the cold-frame has a new possibly heat retaining floor. I have two bags still and I found more kerbing, raised the rain barrel, a hebe, was covered in fake snow, not any more, and some outdoor fairy lights. Not a bad days salvaging, Dear Reader, and with no extra materials there’s no waste in upcycling. I’ll think about the other bags next, I’ll have fun if nothing else. I’ll be back later, Dear Reader, until then stay safe and take care. 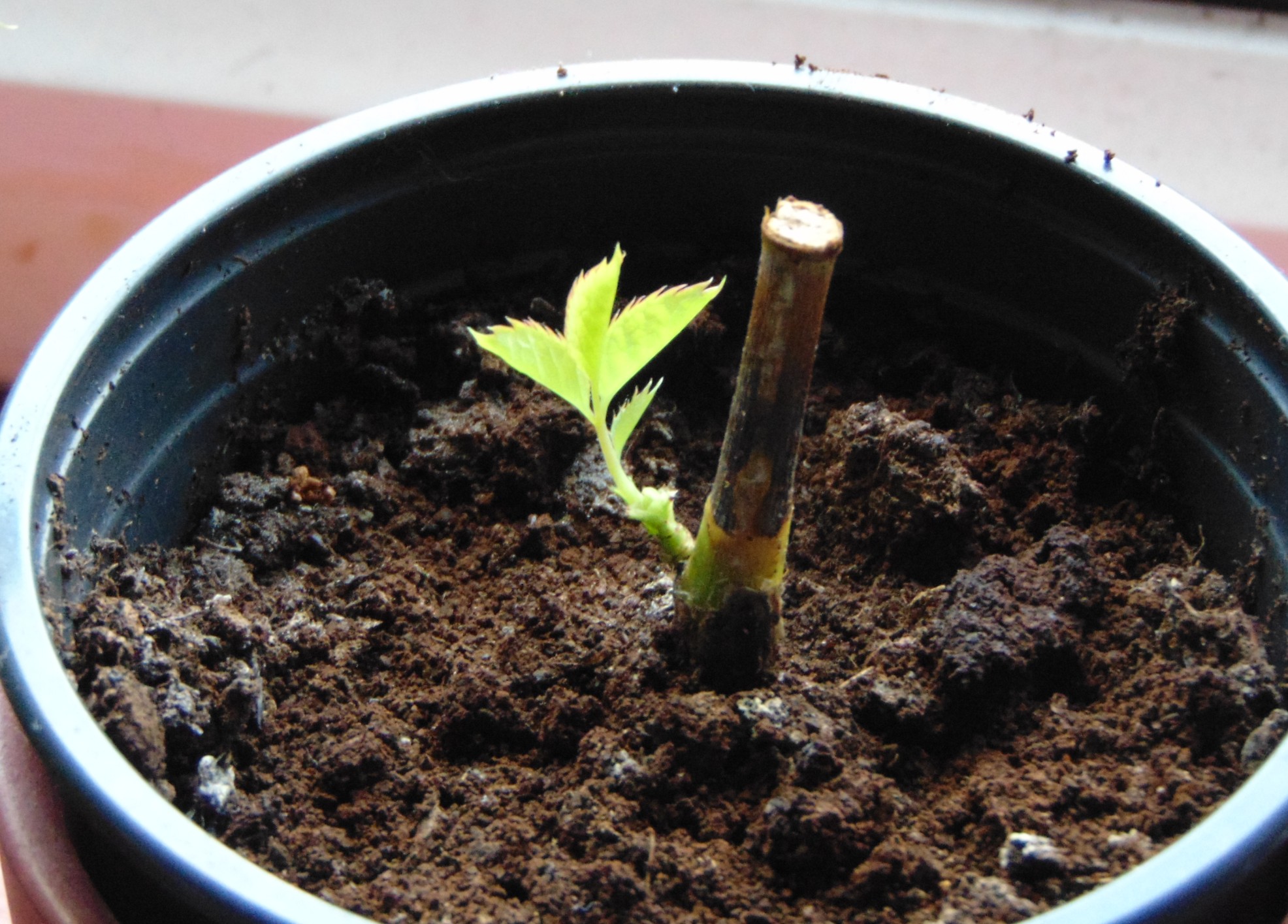 Fighting the good fight, not sure which cutting this is.