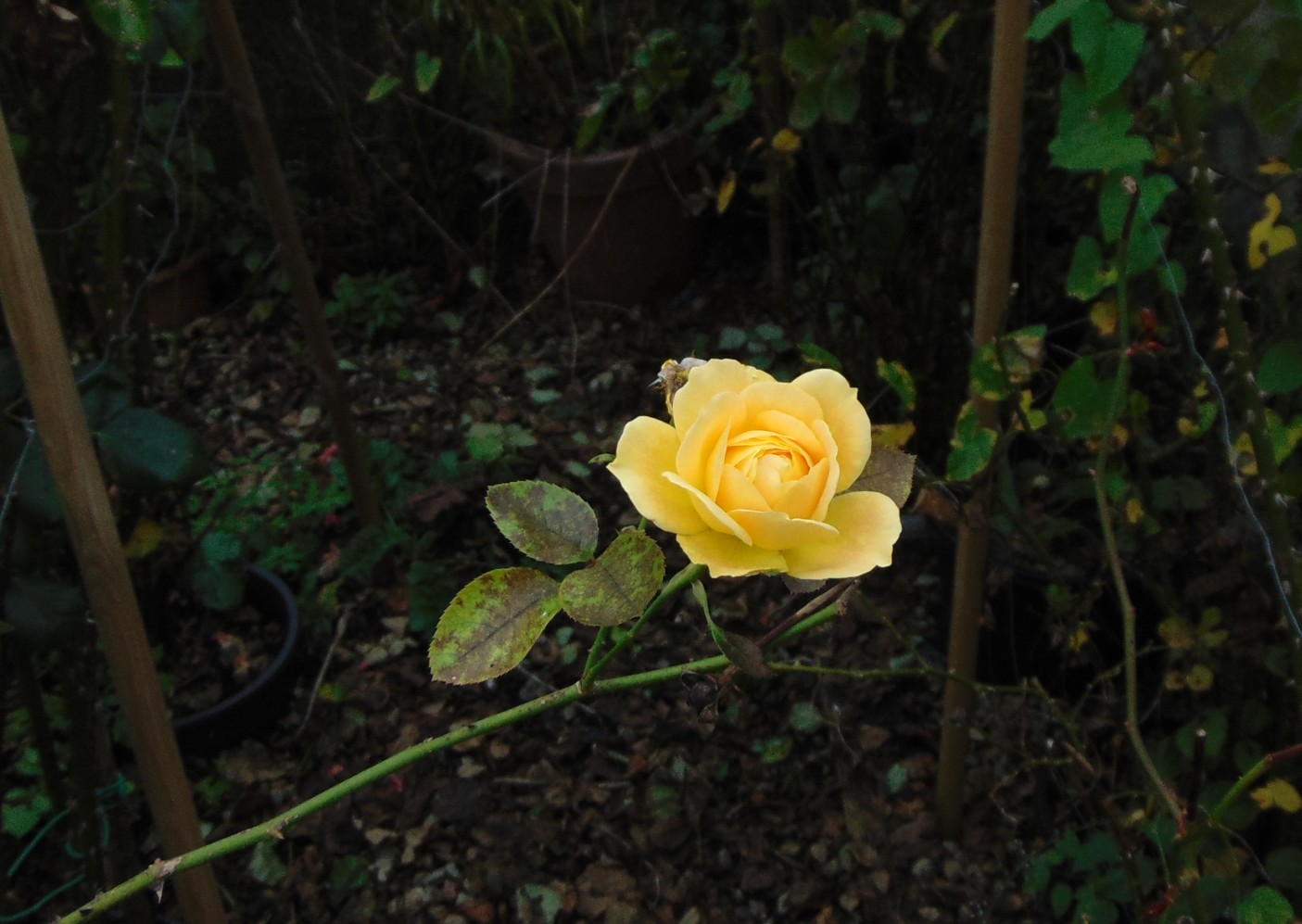 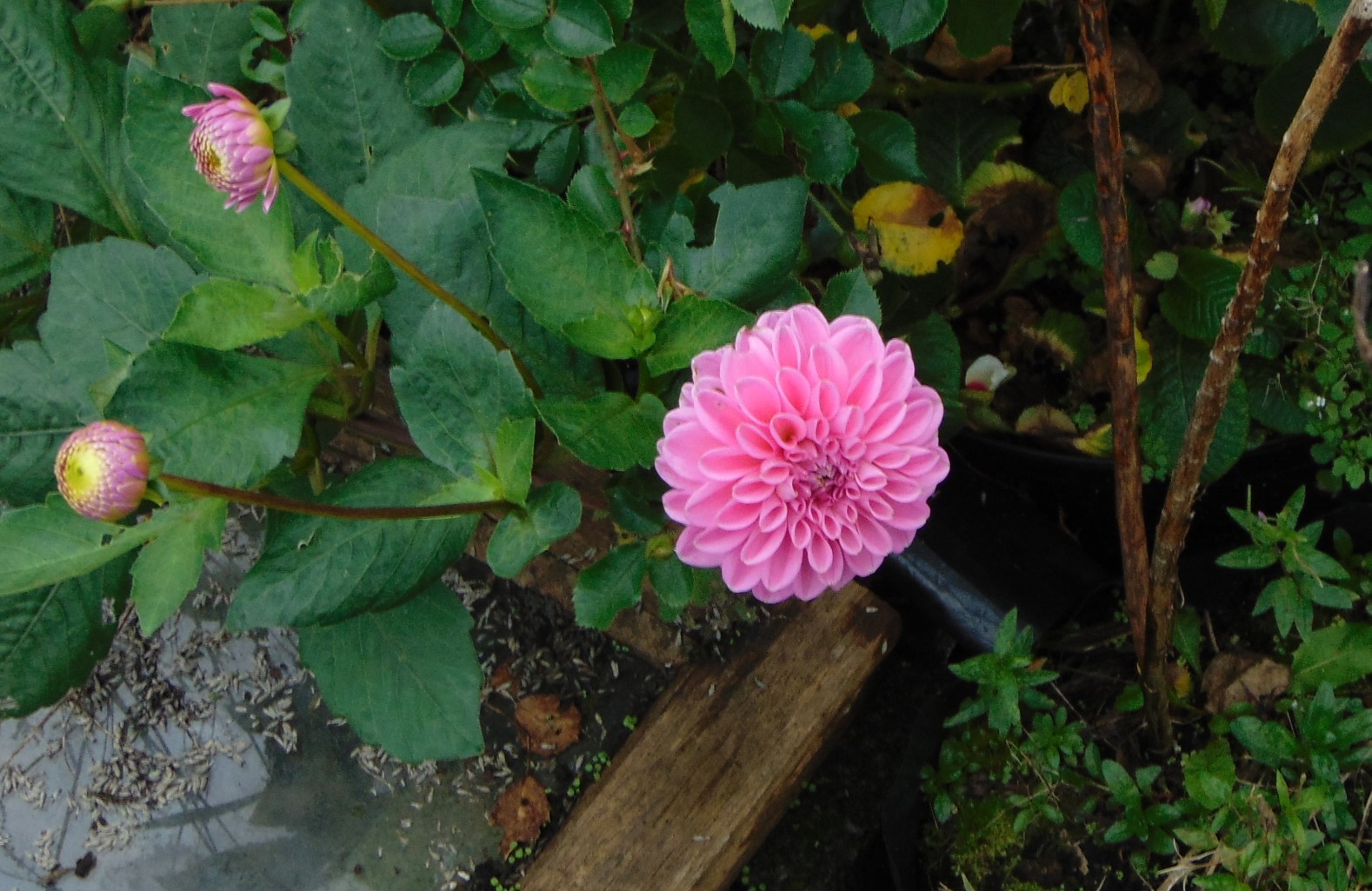 Feels really late for all these dahlias. 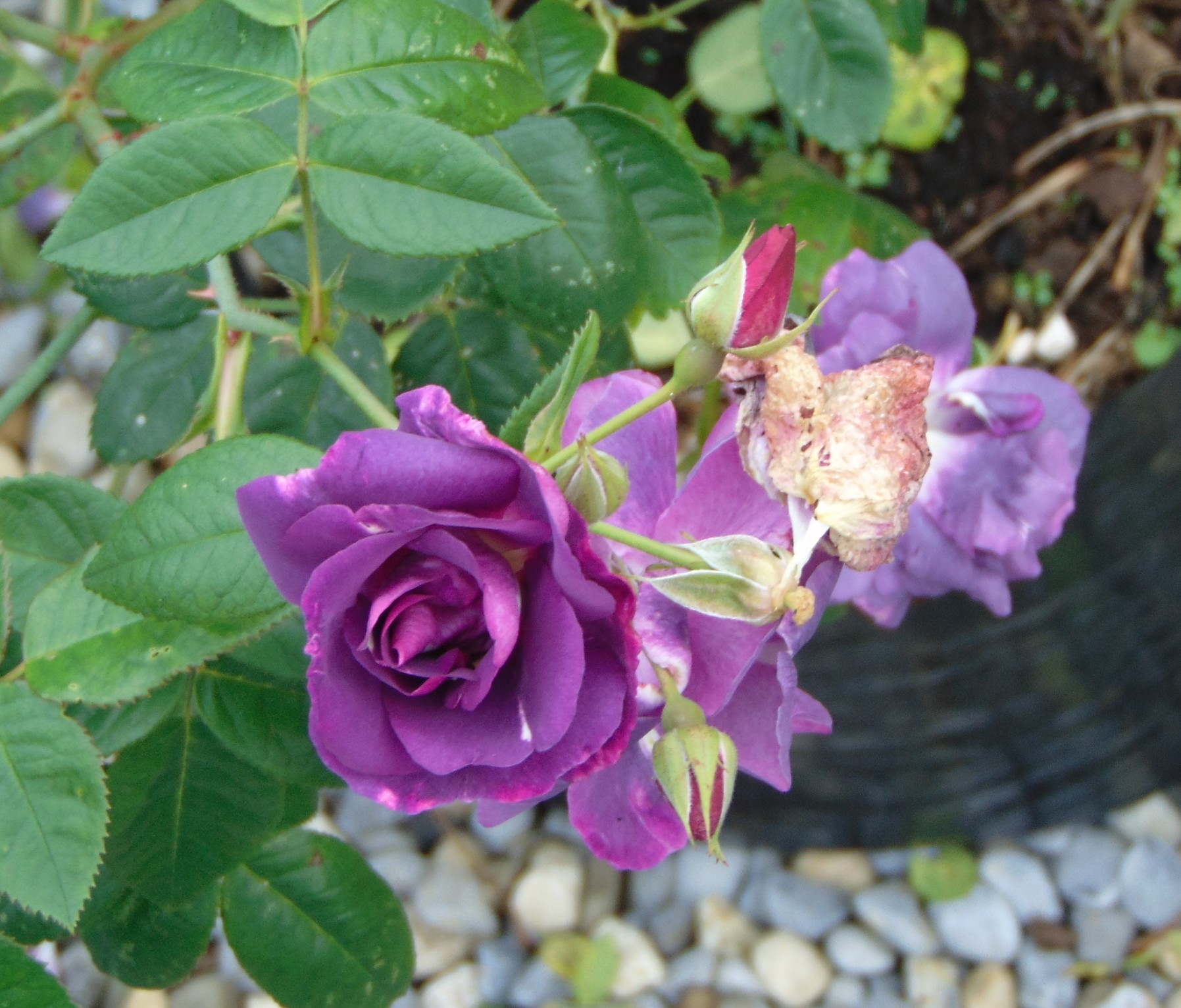 Such a lovely colour. 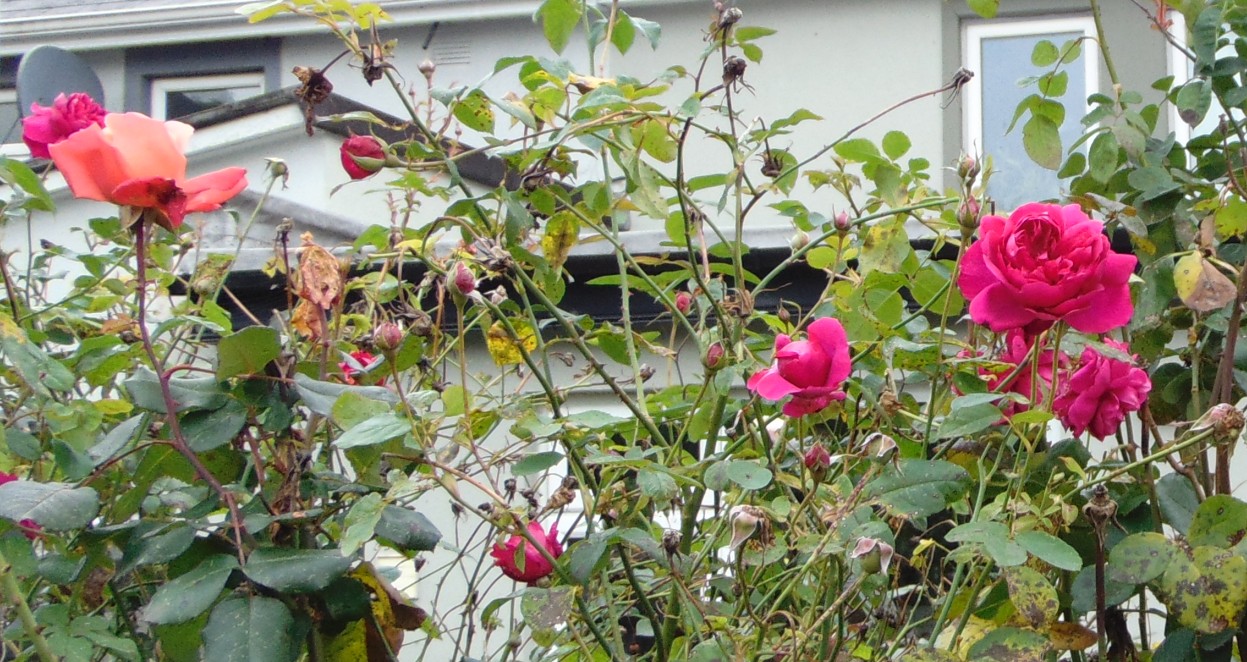 Must be nearer seven feet now. 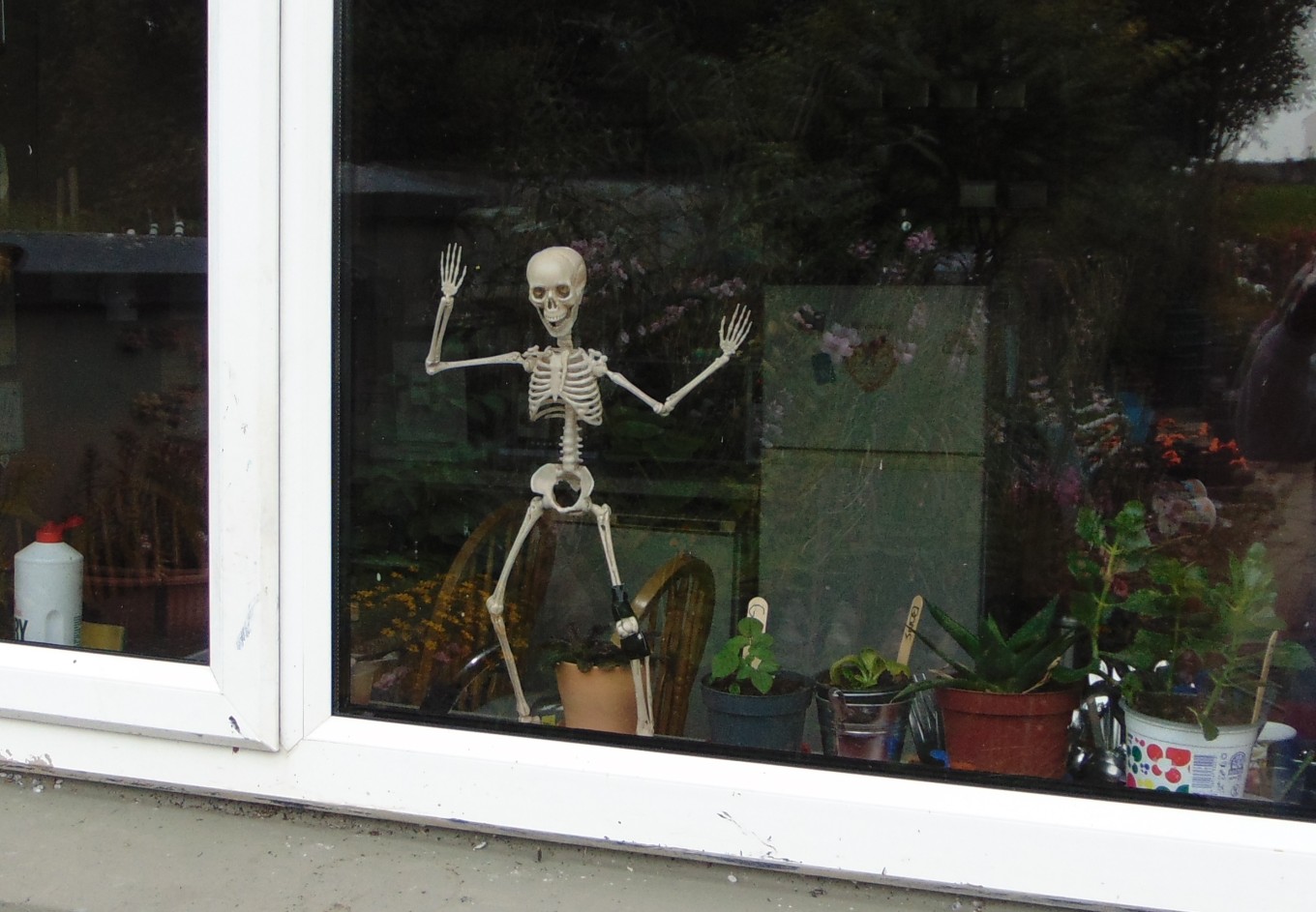 Yo Dear Reader, it’s that tie of year again, when the neighbours cut back their roses and mine are still blooming, I tell you it’s a funny thing to have young plants that are outpacing everything and just trying not to shout at anyone for not feeding their plant enough or letting diseases ravage them. Not that I’m inclined to advise, but I’ll get the queries soon and I think at least people see all the blooms and just give up. I put a lot of compost into everything, it pays off more and more each year, hauling a bin of kitchen waste out every couple of days can be tiresome, but it pays off and really shows how much you can accomplish with the willingness to learn and to put into action. I’m not a plant snob, you know me by now, Dear Reader, I’d just love to see plants given all the care they need, which isn’t actually all that much, it’s just people refuse to go by the plant and instead go by the now nearly defunct seasons and, honestly, a little arrogance. As for me, I’ll just doing my bit to keep everything ticking over, even planting bulbs for a blind neighbour and setting up rose cuttings to root for another. Sure, I’m a pain about plants, but I am kind at times too. 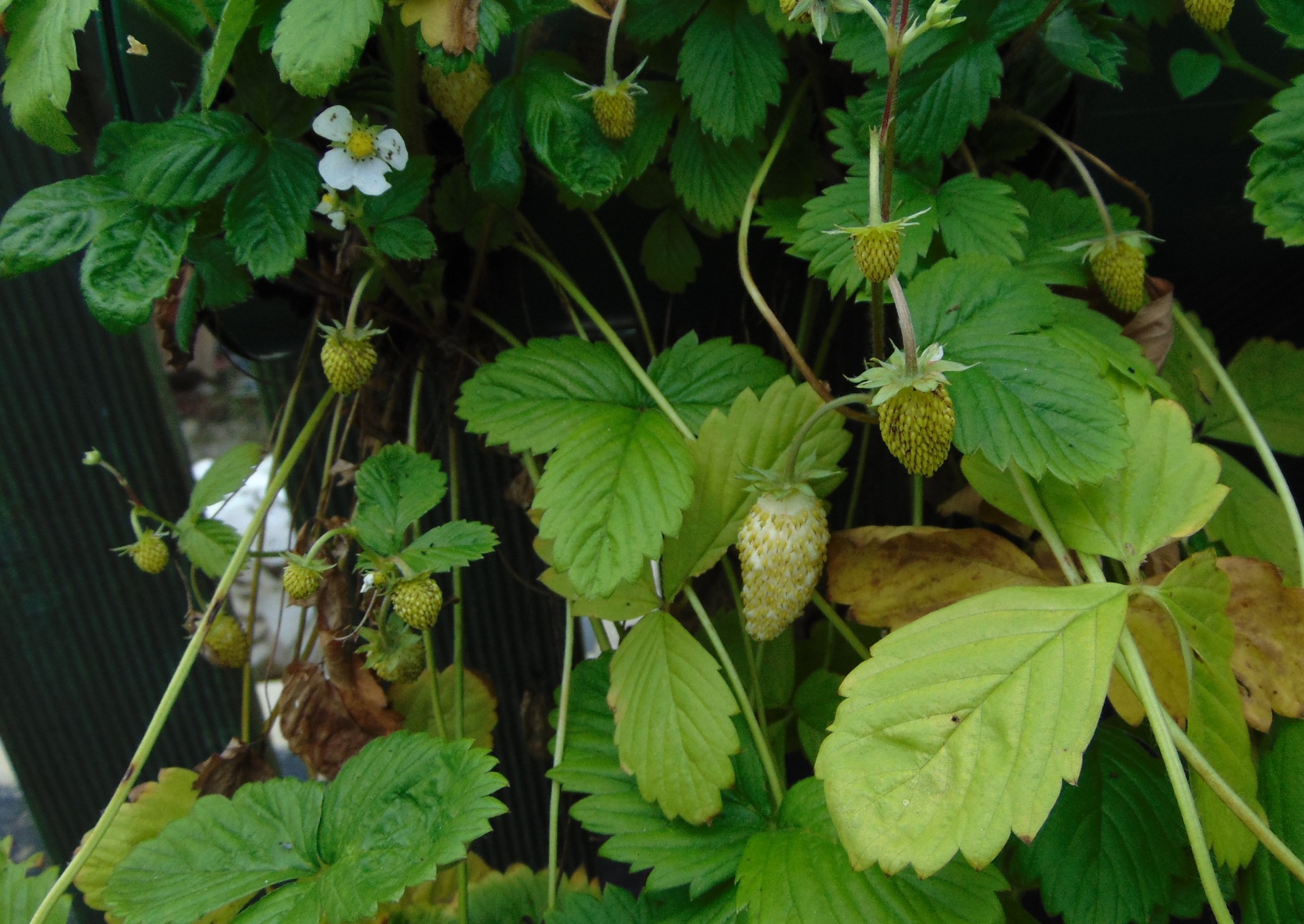 These have no season to their fruiting, just whenever suits. 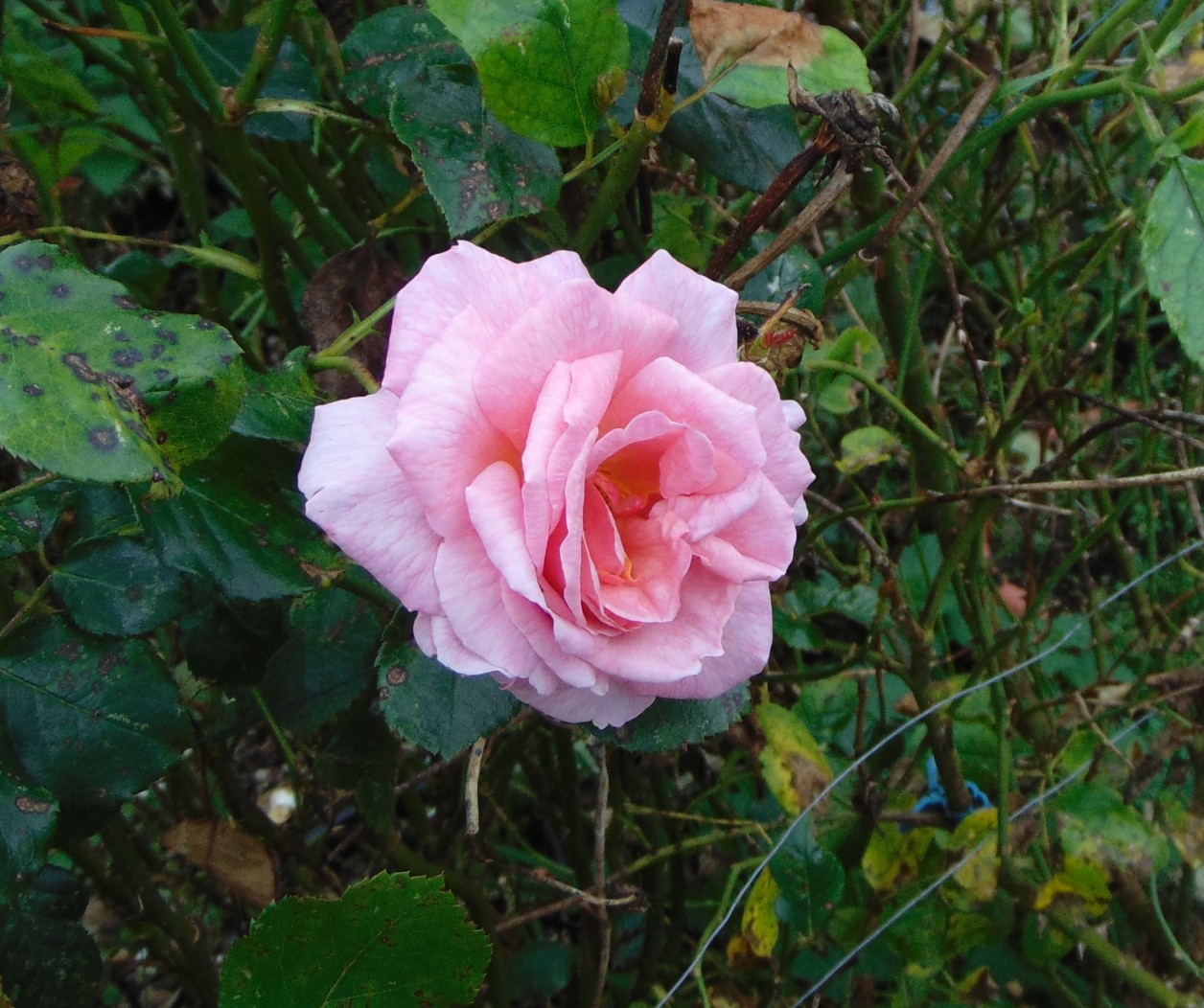 Will cut them back this year, but won’t go too far. 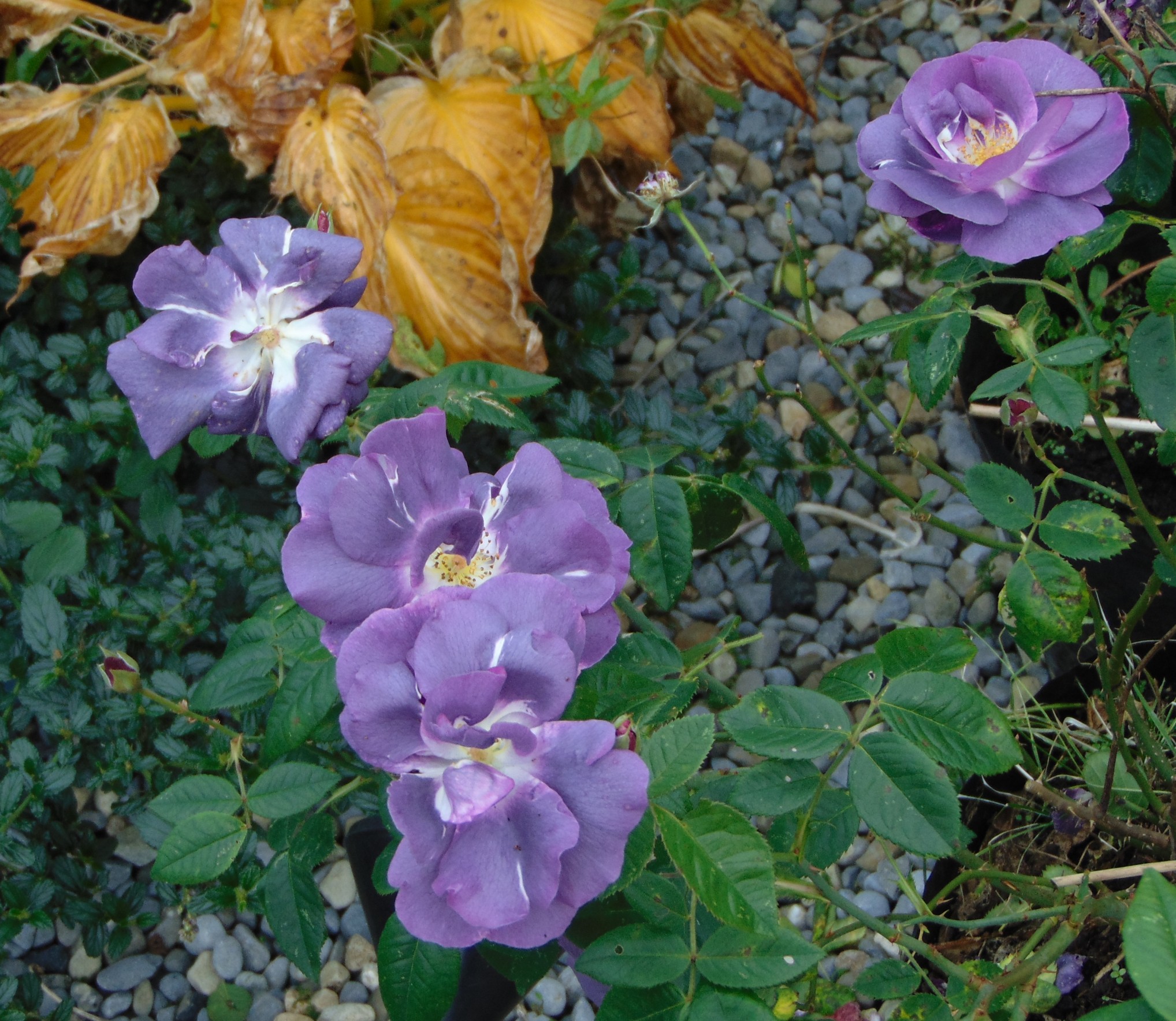 Had I the space I’d just leave them to go wild…well, I kinda have. 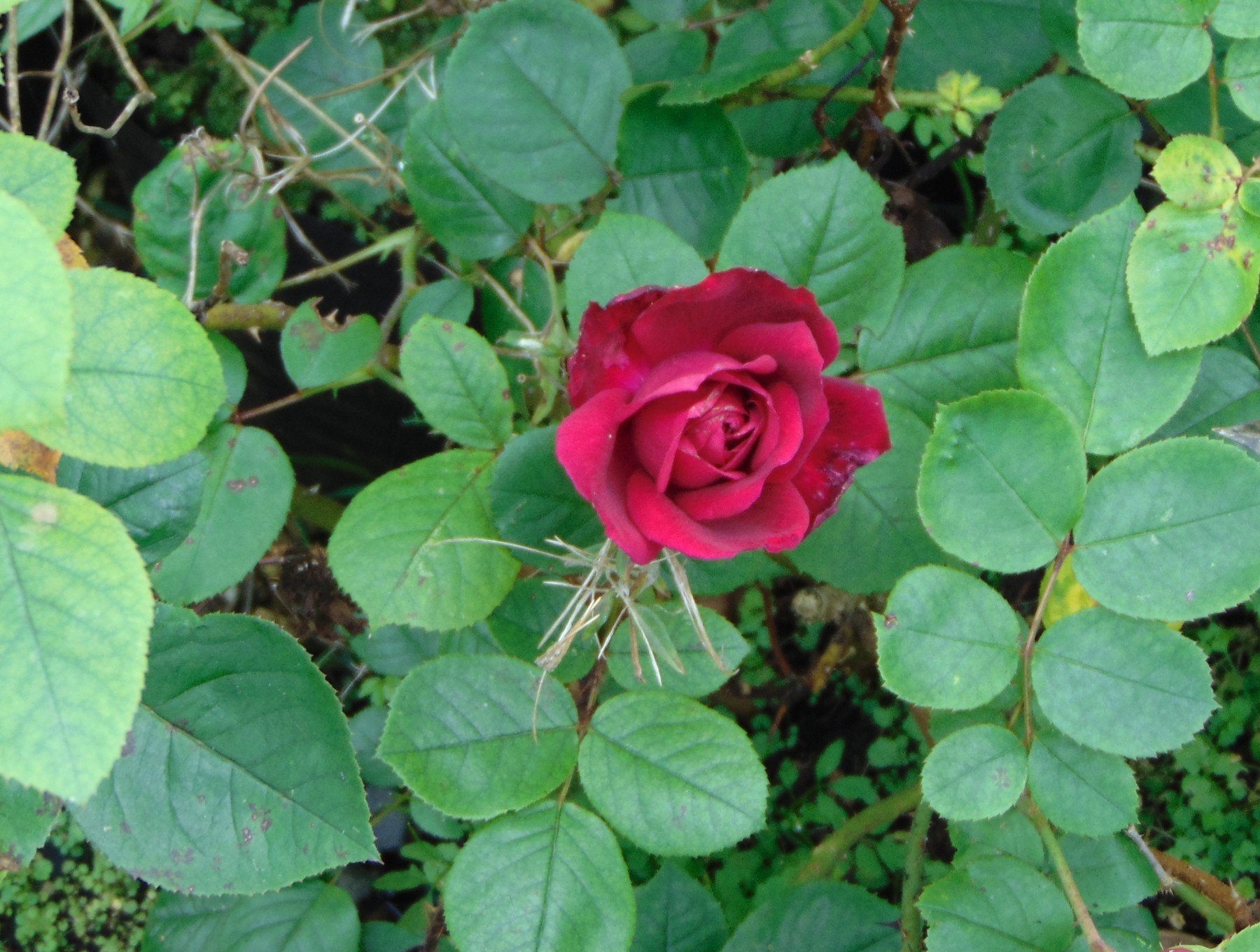 Long since forgotten the names of them all. 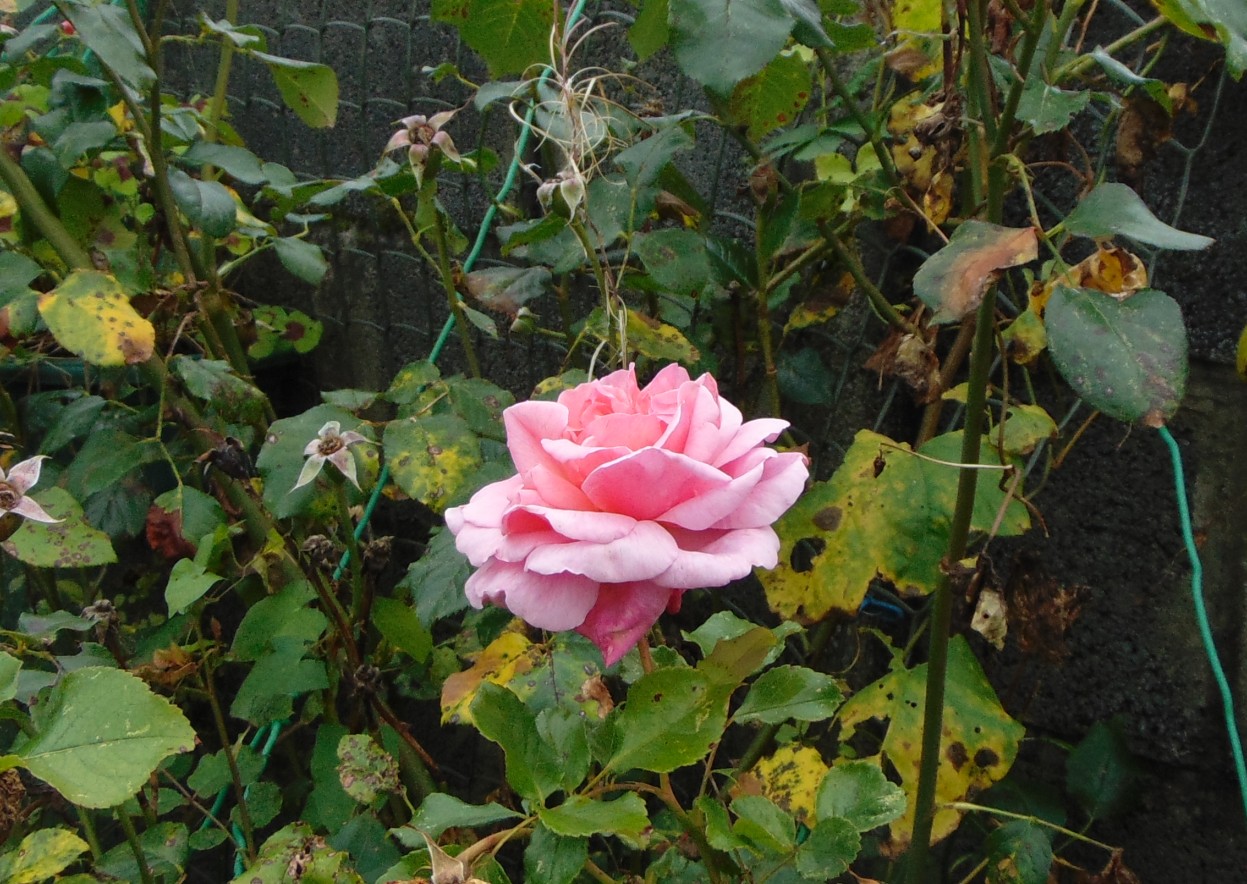 This has such a strong scent.

I’ve started to plant my over-wintering onions, got sidetracked and only put down half, also put down the last of the garlic, using some as a pest deterrent too, for the fruit bushes, apple trees and the front garden. I used a bottomless planter for the front to avoid uprooting it when I dig it out, there’s still a lot alive in there yet. Hard to say how the garlic and onions fare as a natural pest repellents, but they take up so little space and you have something afterwards, unless you just leave them to divide and regrow like I have in places with the onions in small pots, I like trying safe methods like this out and if I can make some use of them too then it’s not a waste even if it fails to work fully. It’s getting near the time when a lot of plants slowly die back, already there in places, not the prettiest time, but a time to slow down and plan. I’ll keep busy or I’ll lose my mind, but it’ll be more indoor than out from here on, for a while, I’ll still be out, you can’t stop me from wandering the garden, nor can the weather. I’ll be back later, Dear Reader, until then stay safe and take care. 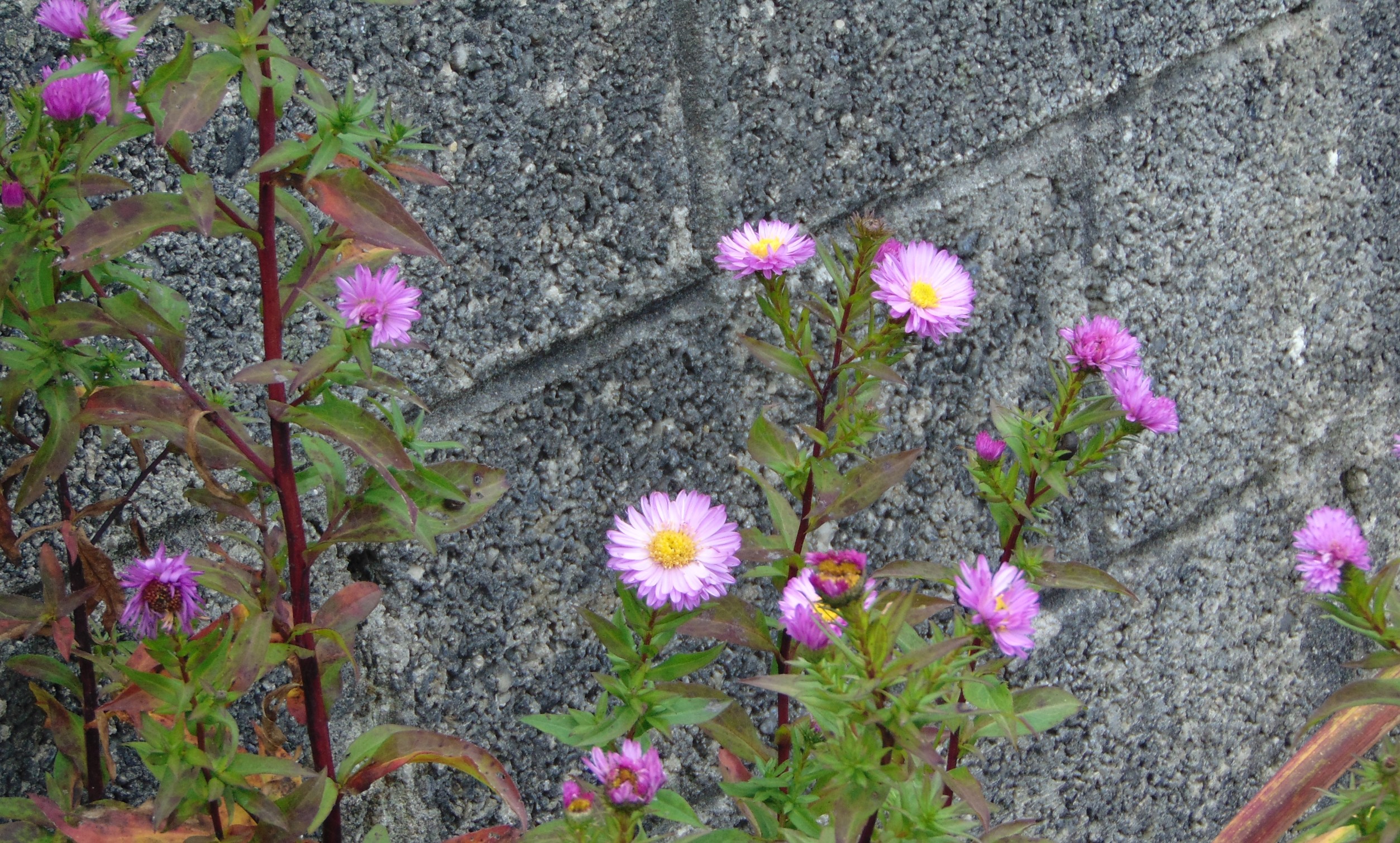 Okay, maybe this is growing on me. 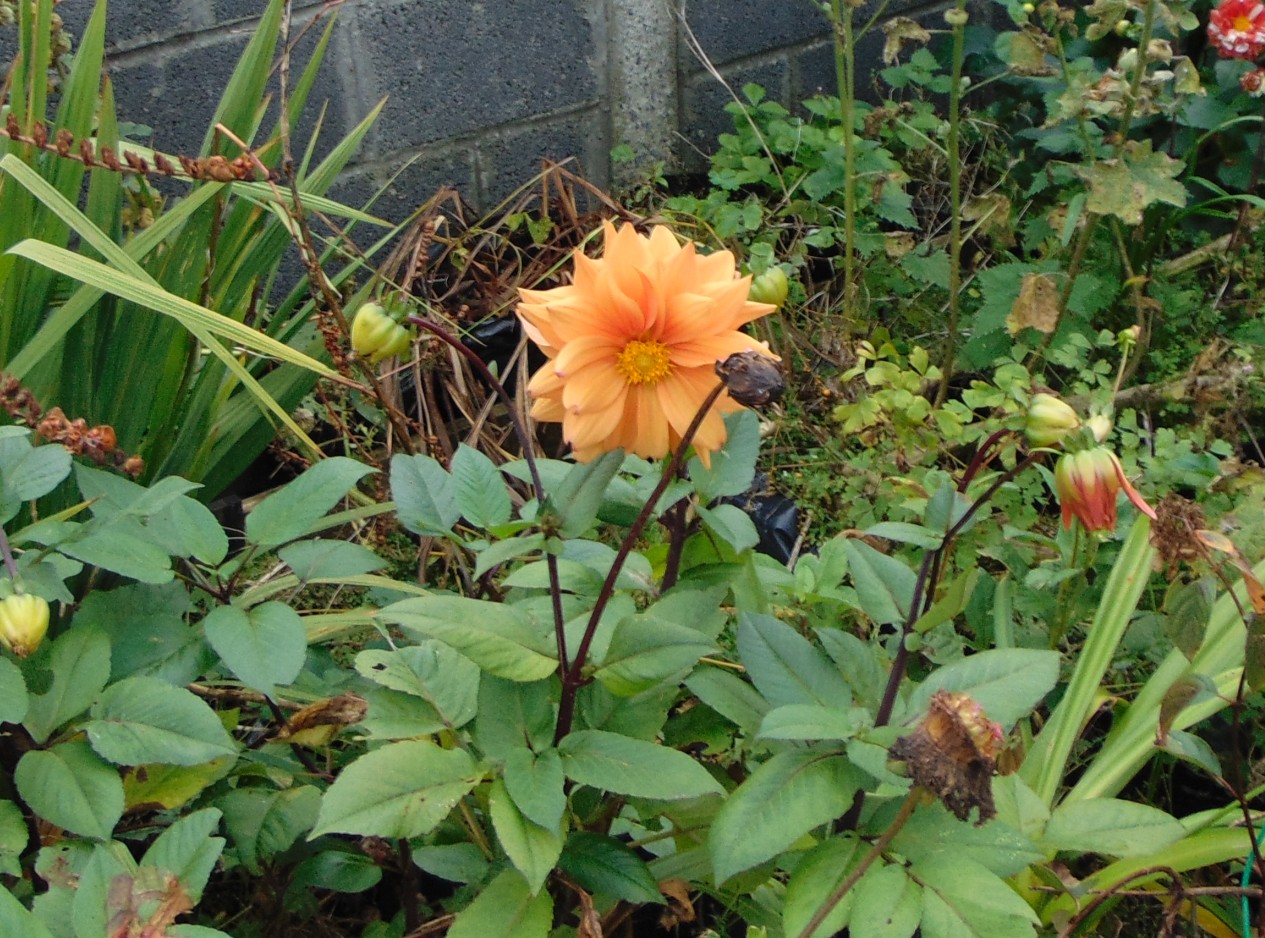 Only other dahlia I’ve seen that has two colours that vary with each bloom. 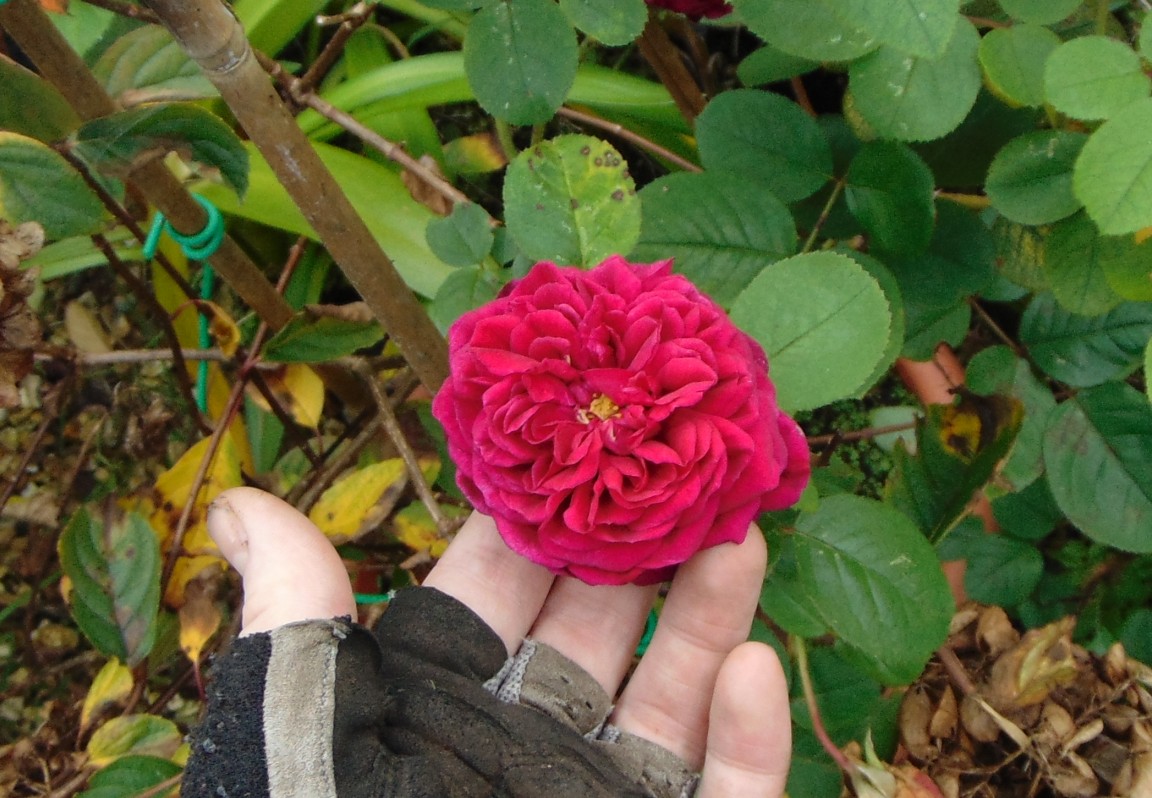 There’s still a lovely scent in the air. 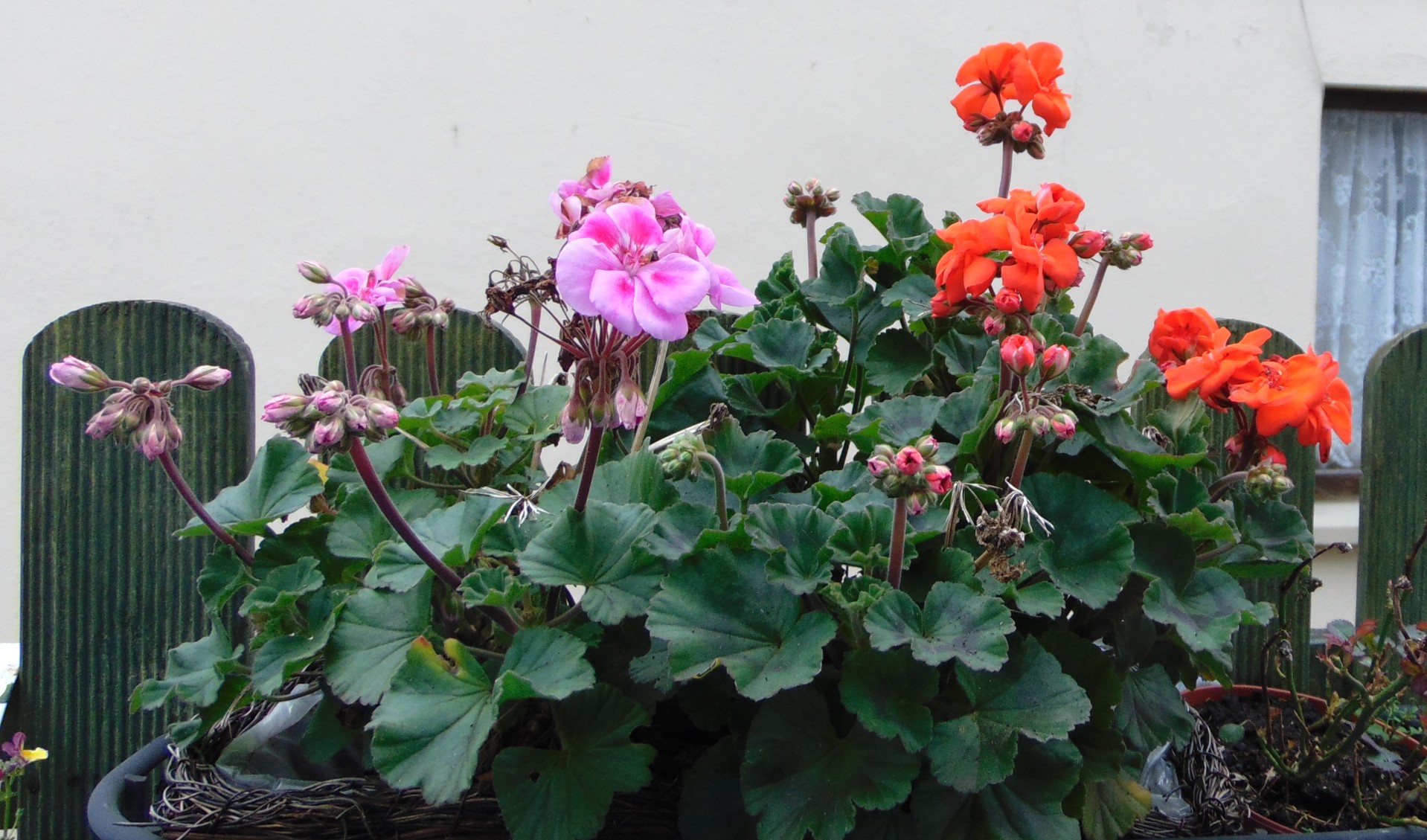 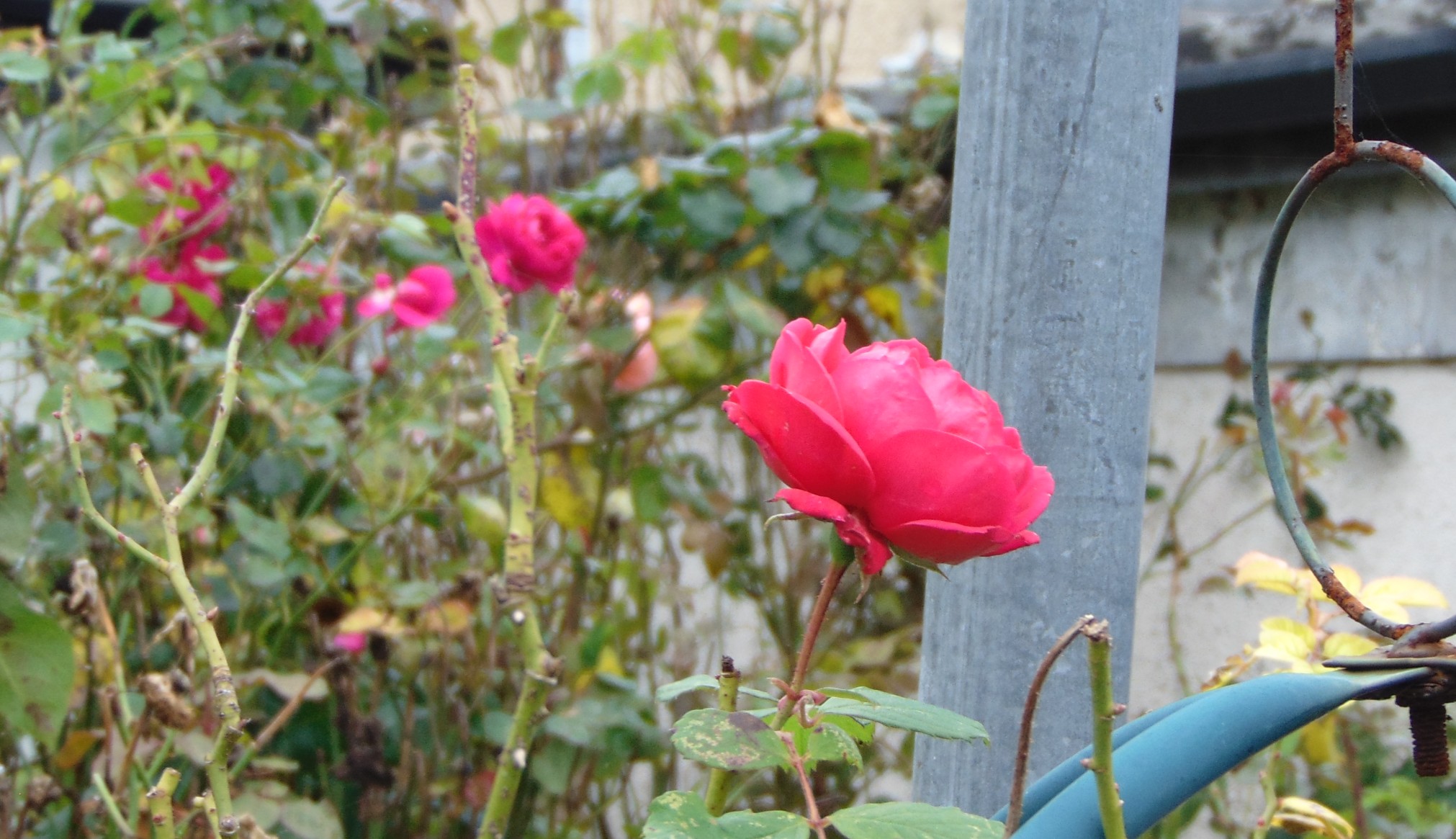 The plants get messy, but the flowers are beautiful. 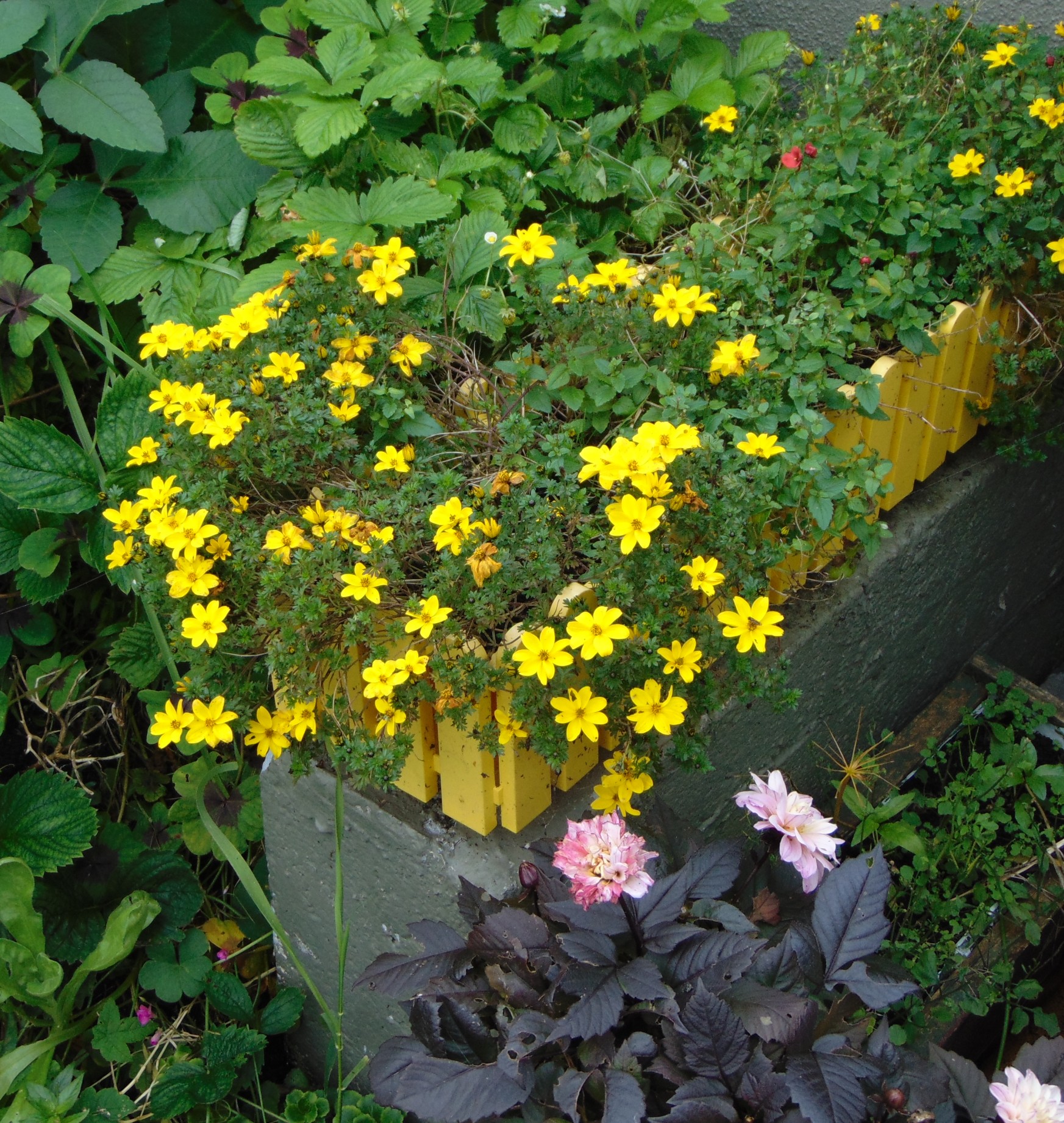 This was one of those unfamiliar flowers you find in shops, but it has done so well.

2 thoughts on “Ignore The Skeleton”