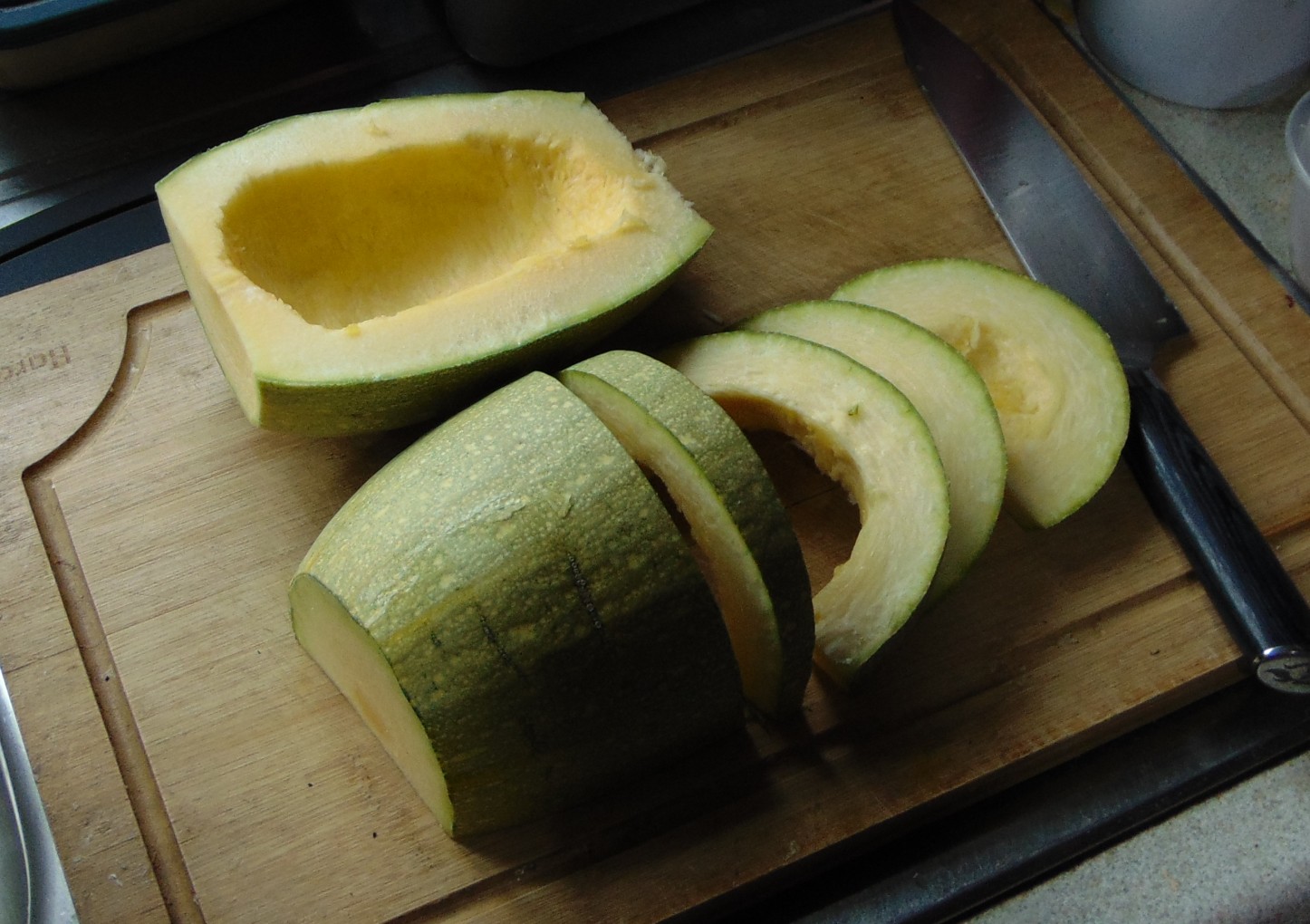 The lighter green was a little blander, but still okay. 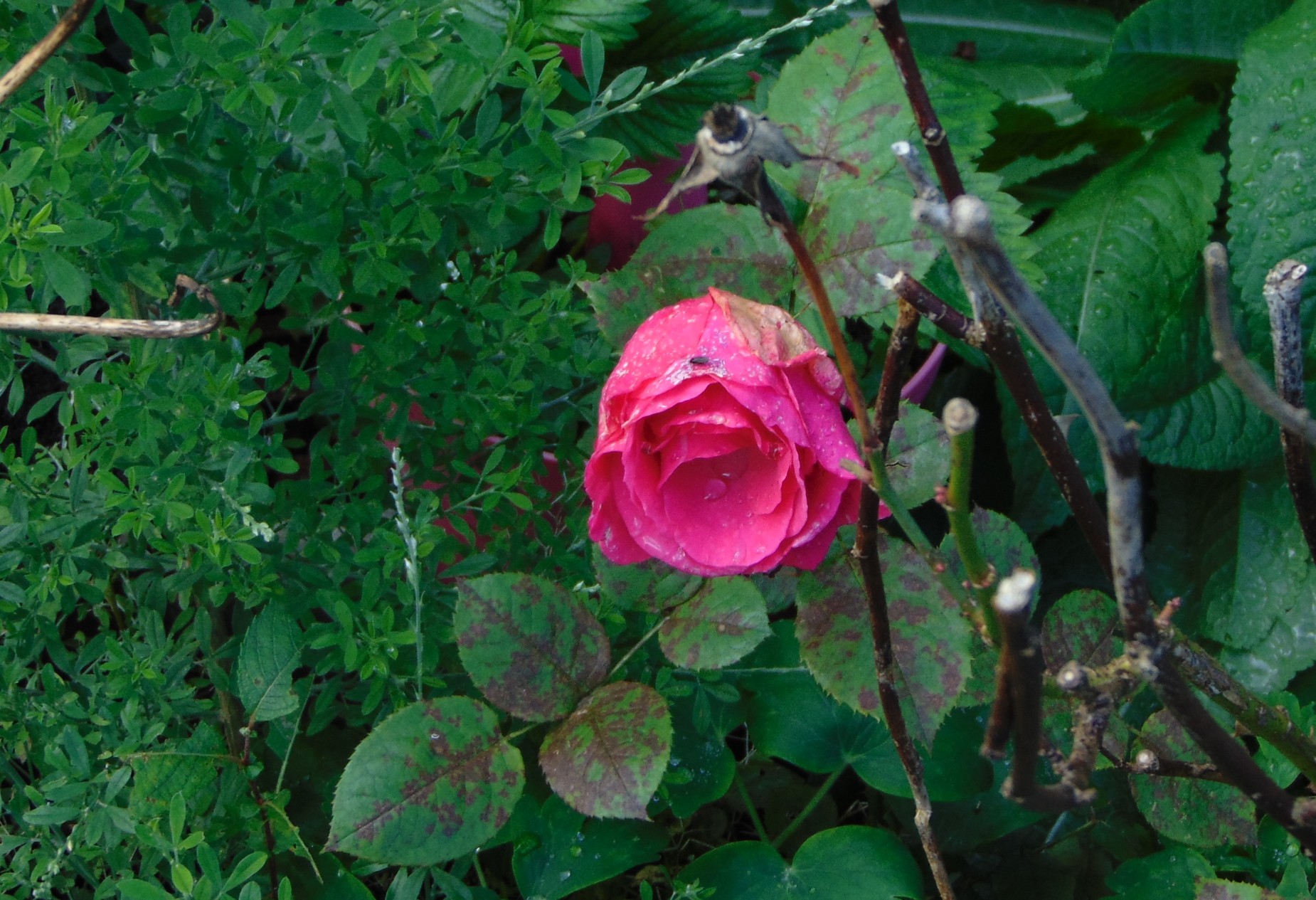 Feels a lifetime ago since I put a bottomless bucket in a filthy corner and stuck a rose in there. 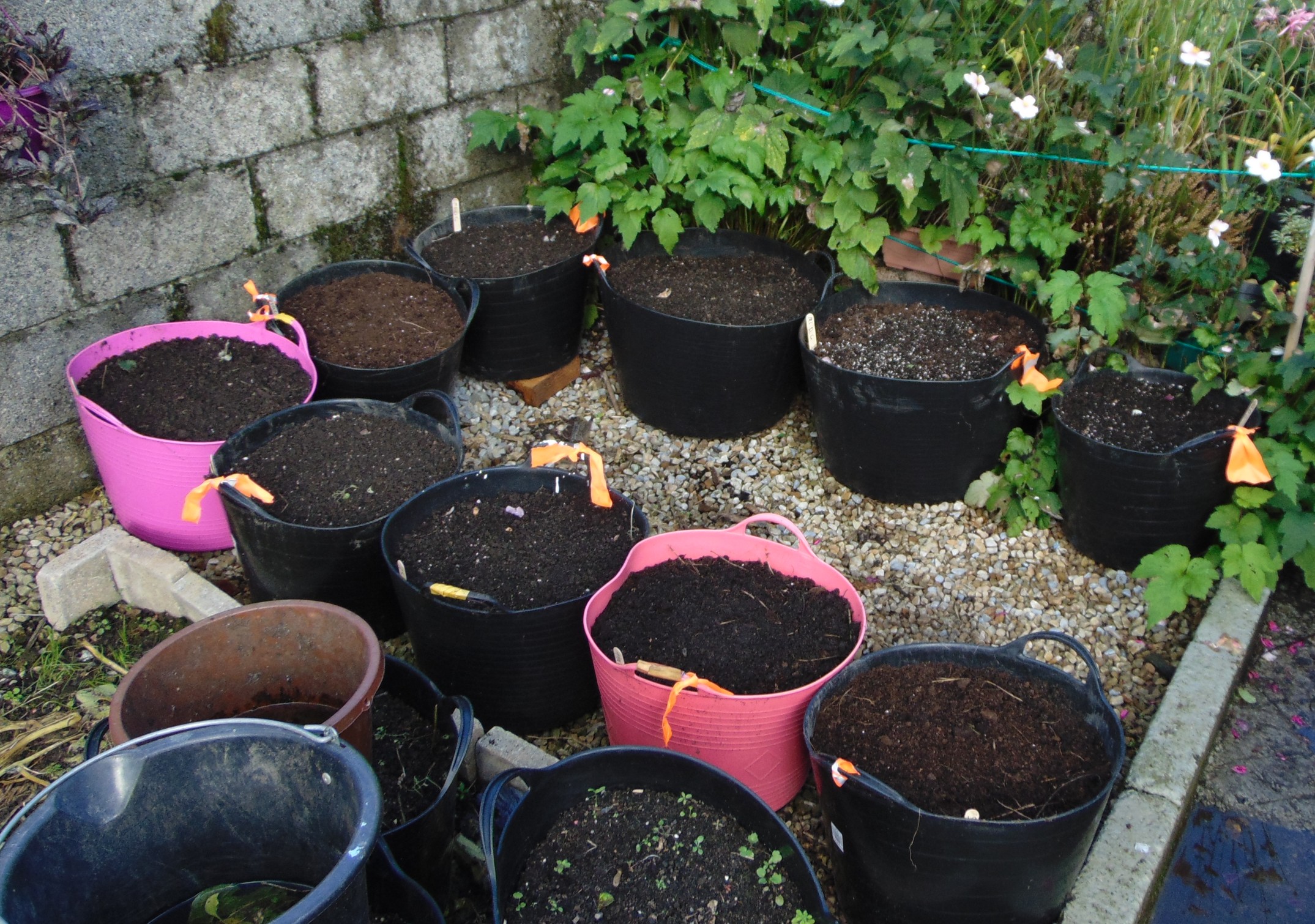 Yo, Dear Reader, I got all my garlic orders (Primor, Messidrome , French Therador, Jarragold and Russian Red) and was waiting for the right day to get planting. It has been raining a lot, but today the sun was shining, which is a fair sign it may be time, but not the best, it’s also the right time of year, which is important, but not absolute, but as I was walking through the En Suite Garden I saw the hemerocallis in the cistern, that poor plant has been thrown, literally, all over the back, long before its metamorphosis, but finally it has found a home and flowered and as I looked at it I saw something strange, yes, yes, Dear Reader, a cistern is already pretty strange, the sink pedestal planter, and there were lines of little green shoots. Roundheaded Garlic bulbs to be exact and I took that as sign to get going. When I plunged my hands into the soil I was surprised it was as warm as a Summer’s day and fairly dry despite the rains. I put down all my garlic, some as Spring or Green Garlic, the too small cloves are perfect for that and you can plant them tightly together. I don’t have the garlic bed, but I have a lot of pots so the cloves had plenty of space, 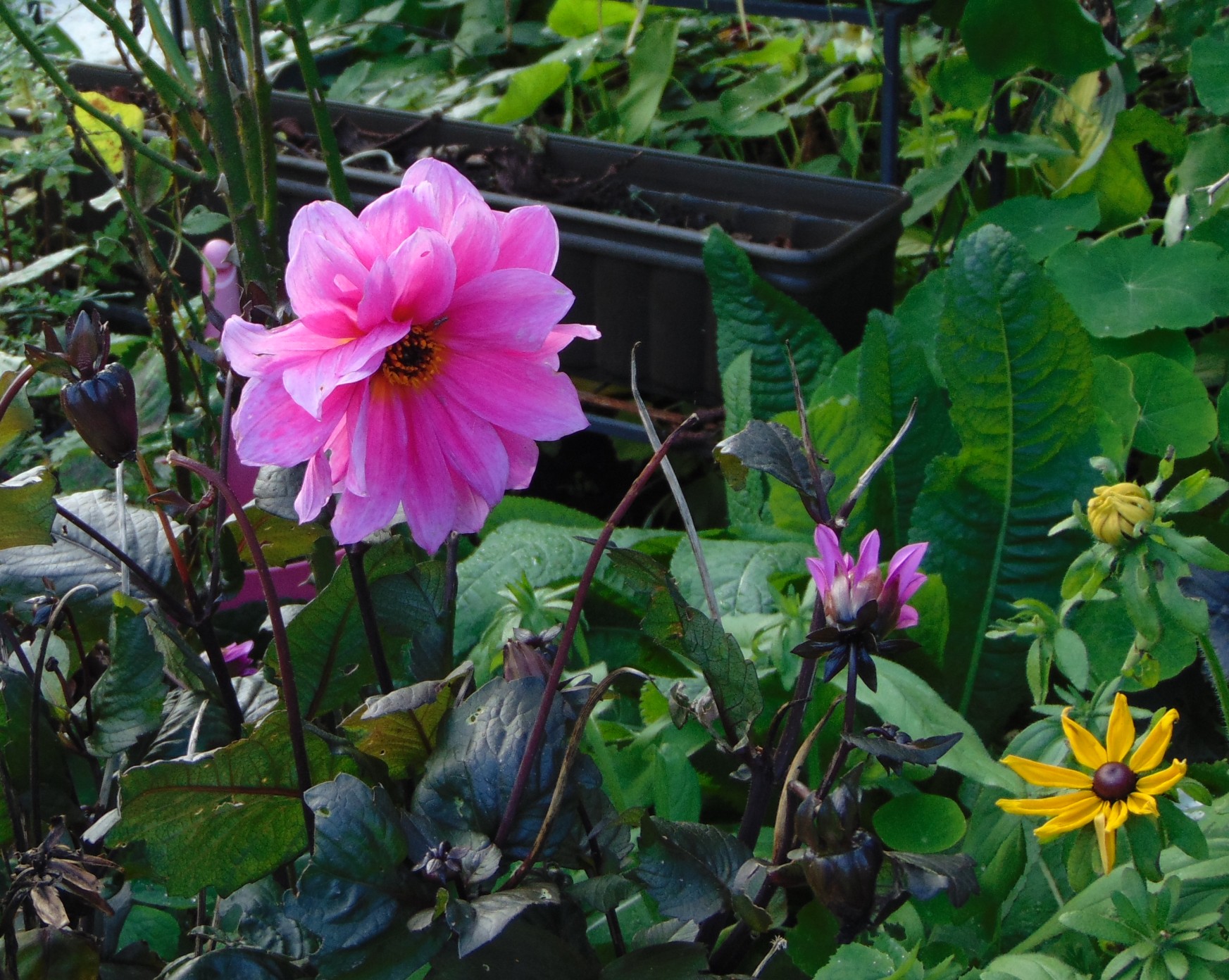 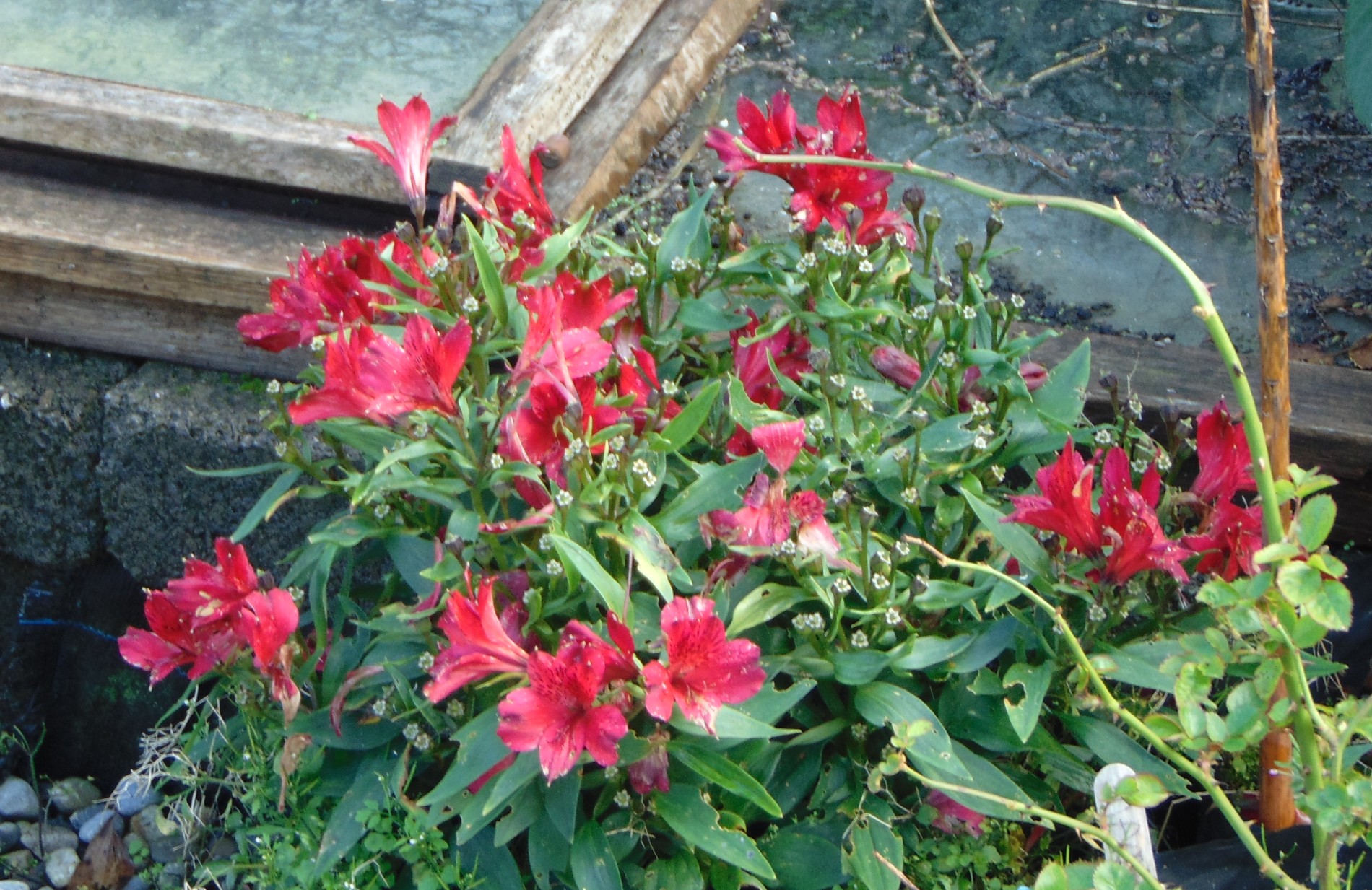 Alstroemeria is a nice little plant. 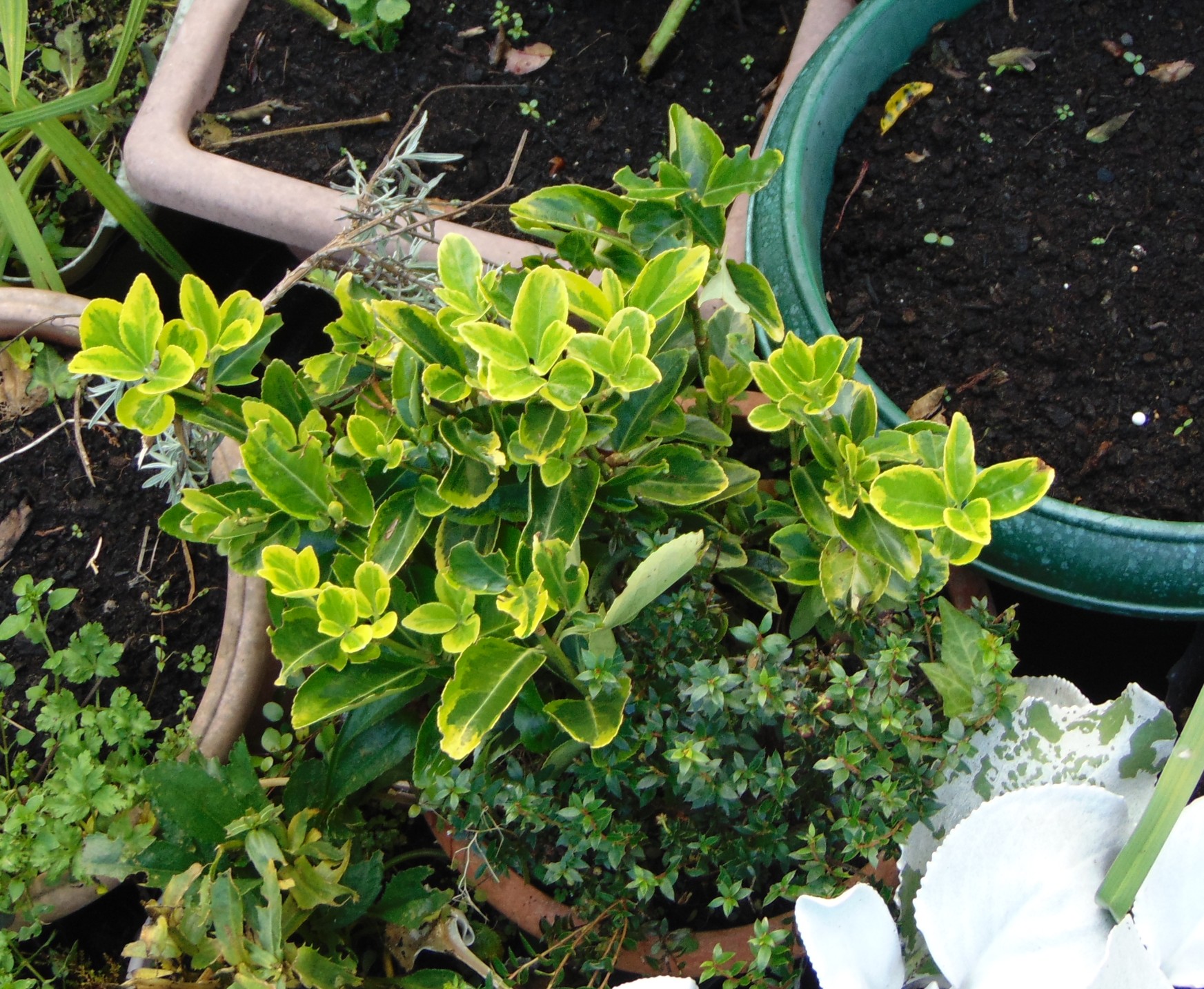 Hebes are standing out as other plants die back. 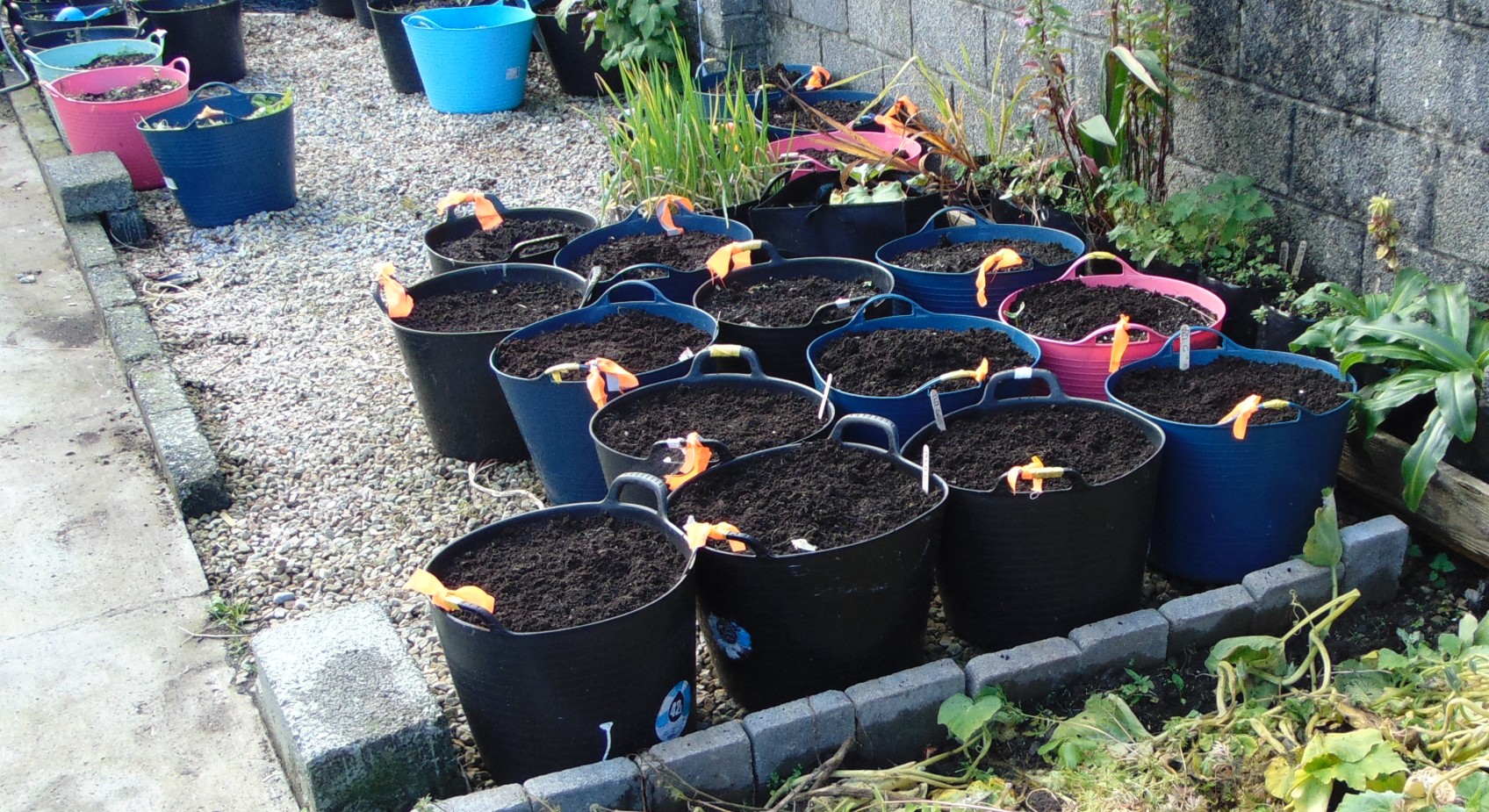 A few more pots of garlic. Not all, some will be onions, squash, carrots and maybe more next year.

I also decided to repot the rescued Orange Lily, you may remember it was just a few bulbs and badly uprooted stalks, but I promised the friend who spotted them, and loves lilies, I’d divide them and when I tipped out the pot I saw dozens of bulbils, baby lilies essentially, somehow, might be stress might be feeding, the stalks and bulbs both regrew perfectly and I may have a new batch of orange lilies in time. Lilies don’t take all that much work, but they do what many bulbs do and divide into smaller bulbs and stop flowering for a few years, it takes patience and planning to keep them in the garden without leaving a space bald of flowers. Thankfully I just cram everything together and haven’t the time to notice any bare areas, Dear Reader. I’ve decided to try over-wintered onions again too, last year an accidently caused the onions to be useless and my order was refunded too late so I gad to grab red onions that did poorly, instead I’ve bought two yellow varieties, Senshyu Yellow and Autumn Champion, the first of which did well the first year I tried it. I have the time to watch them and decide if they need pulling earlier or not, might as well support local business and get the most out of the garden. Right now it’s just wasps and spiders, one wasp was deciding it’d be a help and just clamber over the garlic as I was sorting it, surprisingly unhelpful, Dear Reader, but they eat aphids so they stay. Things are slowing down, Dear Reader, but there’s always something to do. I’ll be back later, Dear Reader, until then stay safe and take care. 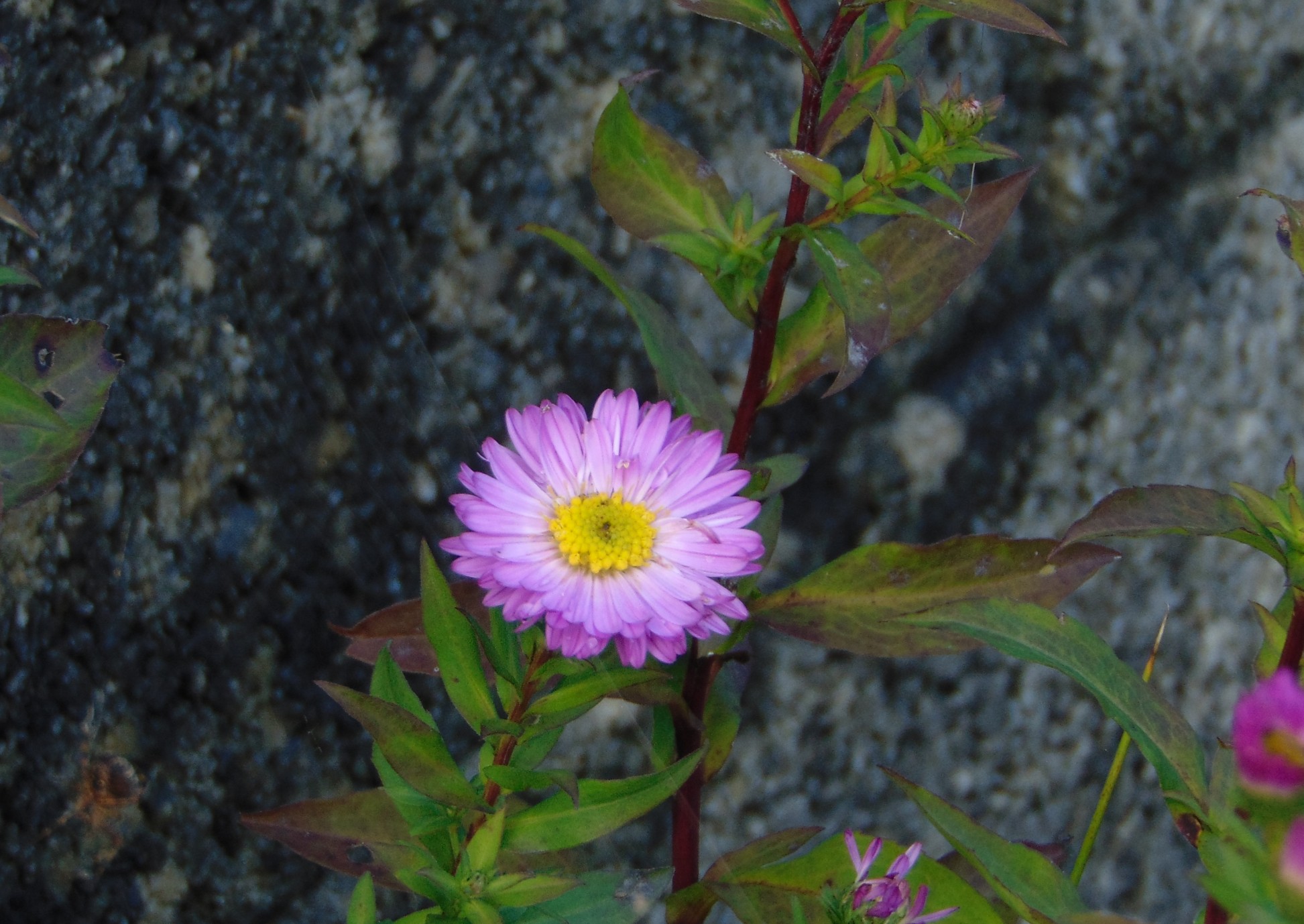 The Aster grew huge and ugly, but it is an aster…an ugly one, the flowers are fine, but the plant is eh, not that I’ll ever get rid of it. 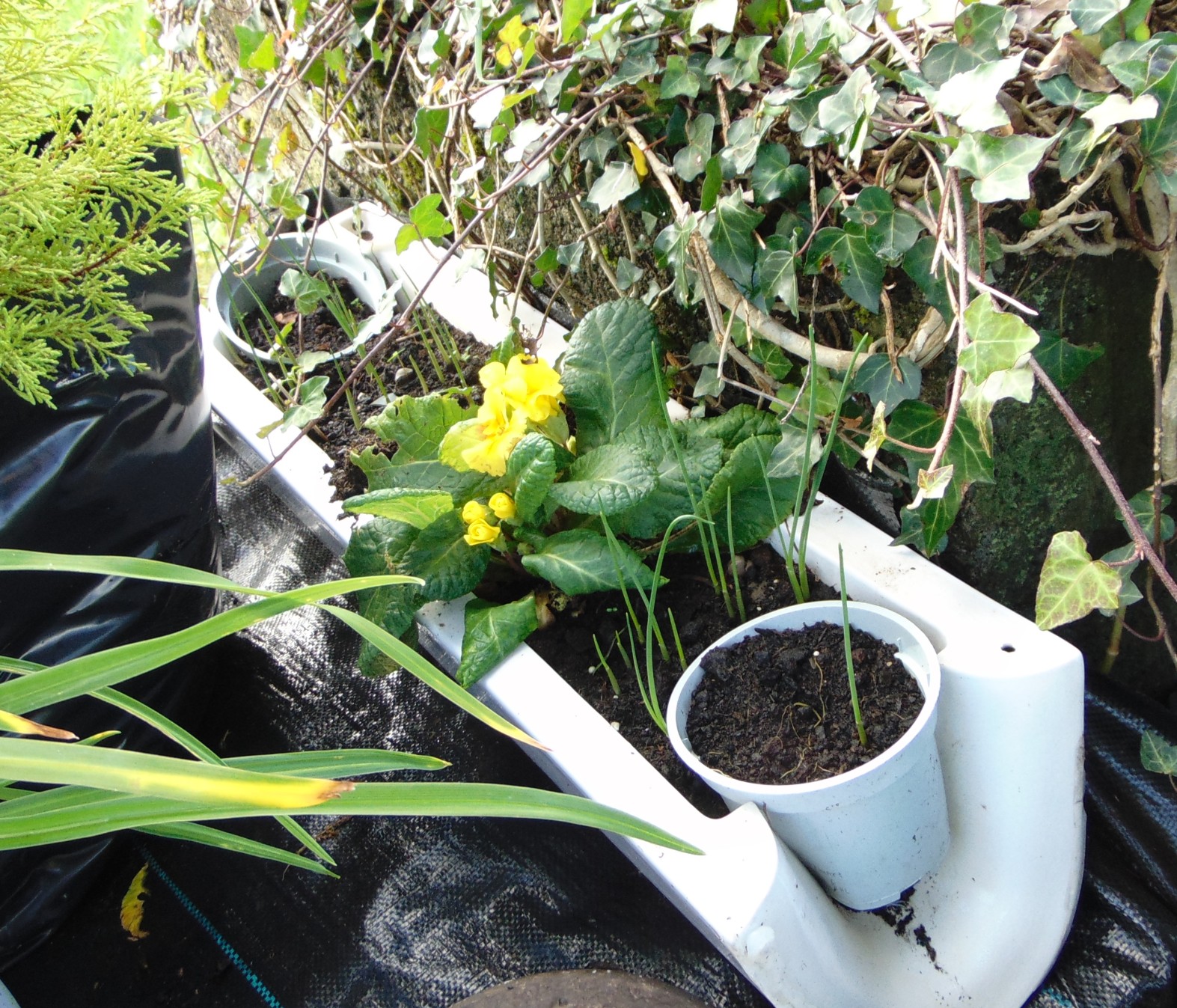 These take a long time to flower, but they’ll fill a gap. 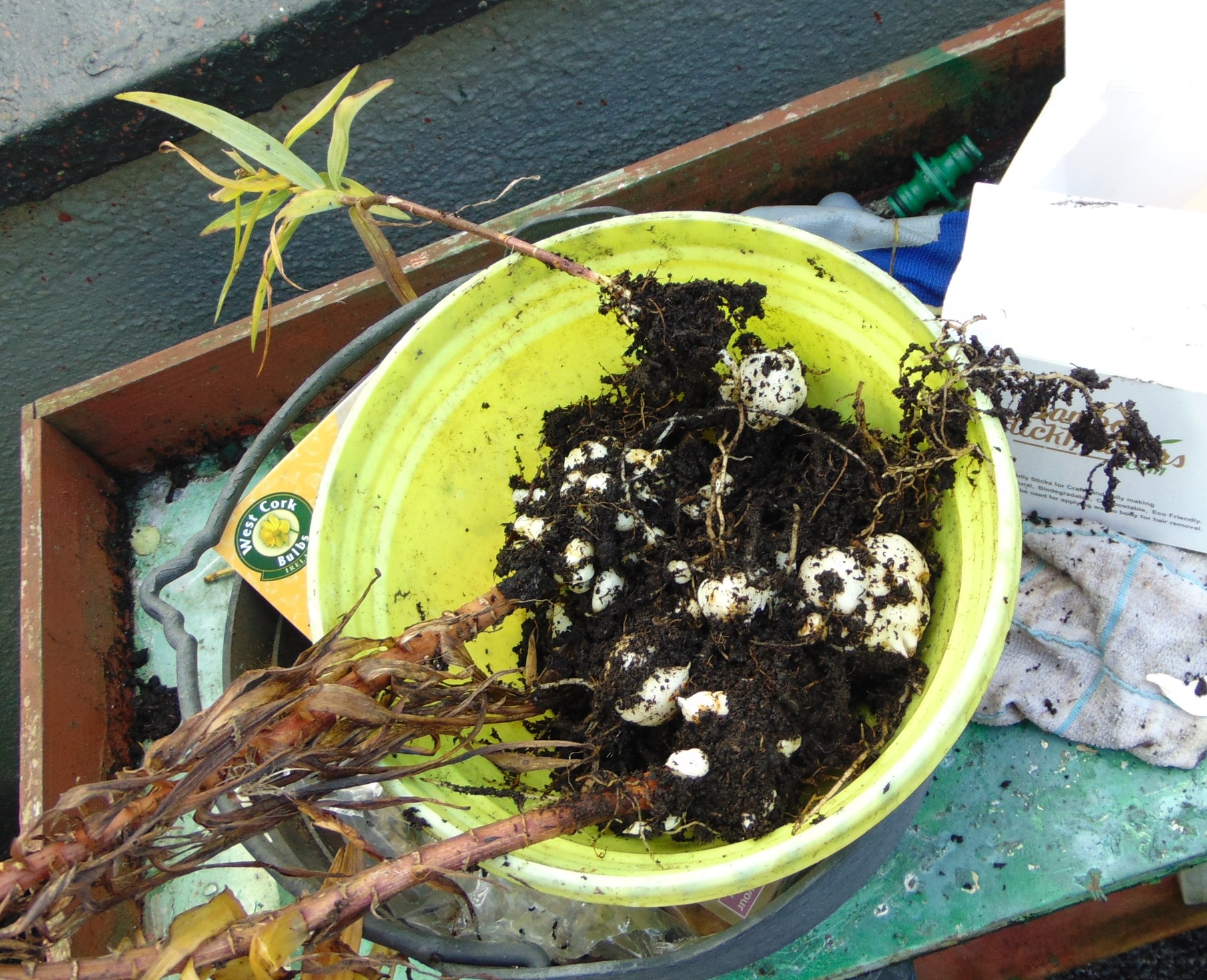 Really surprised at this. 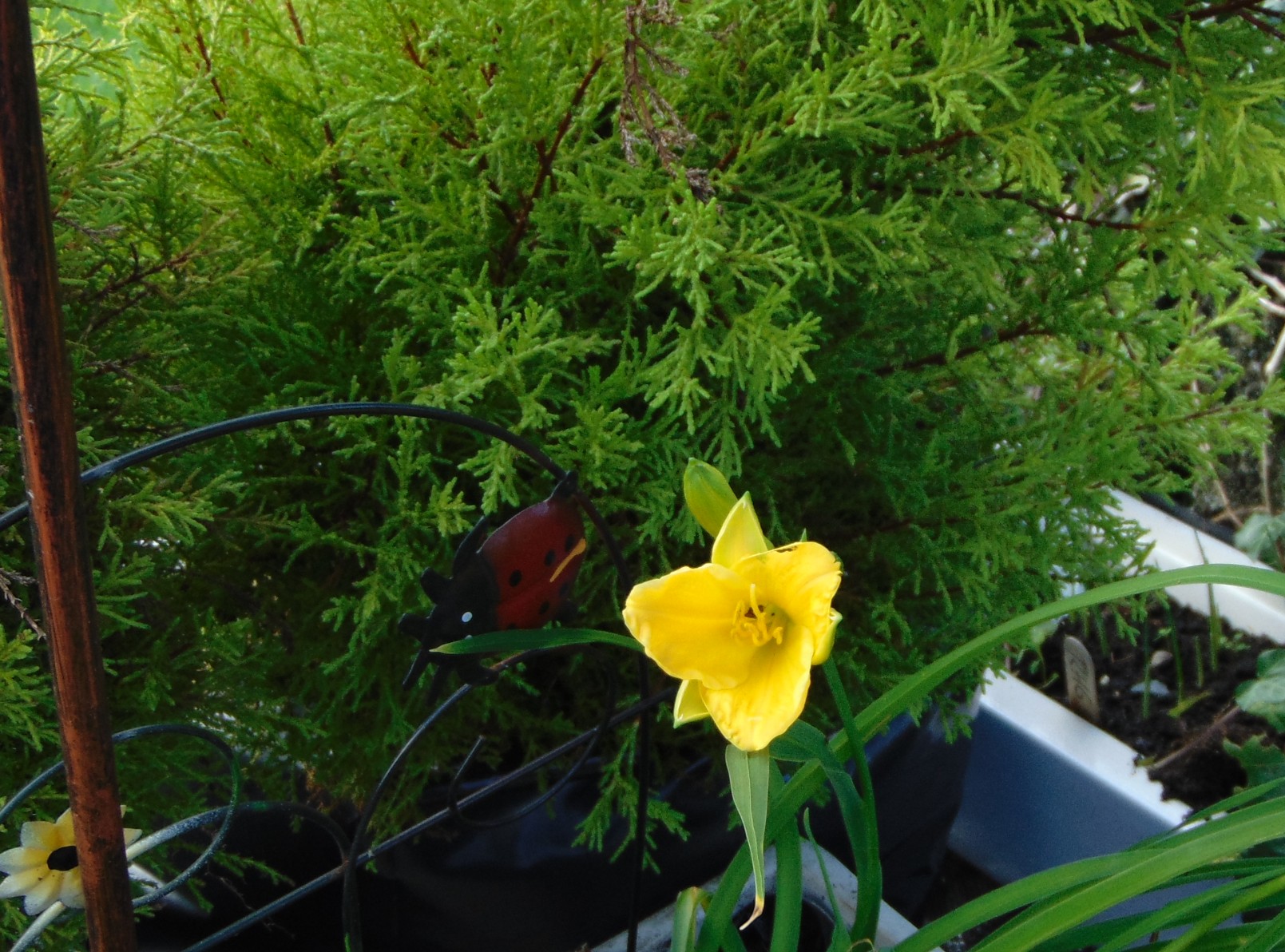 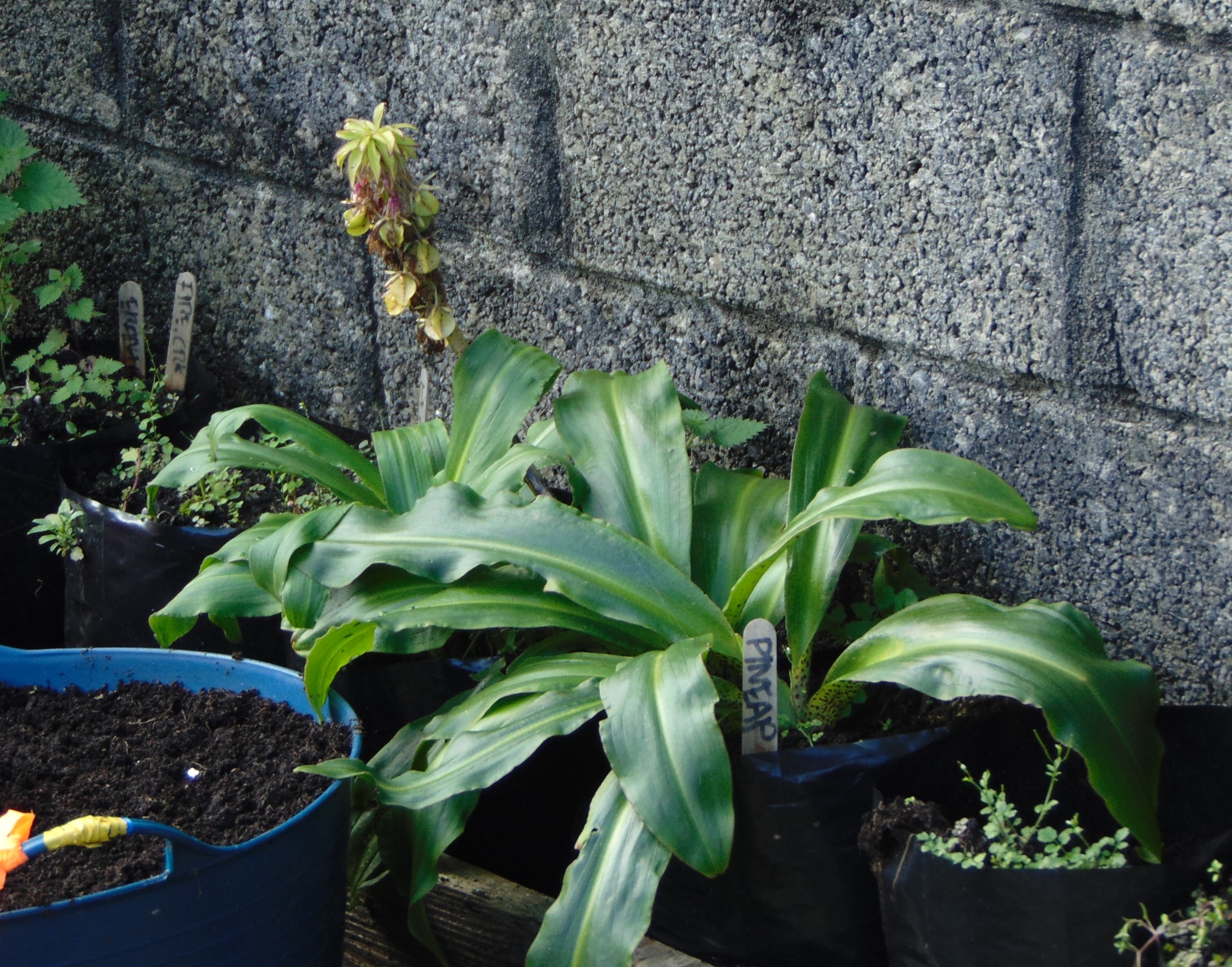 The pineapple lily always looks spent even when it’s new.