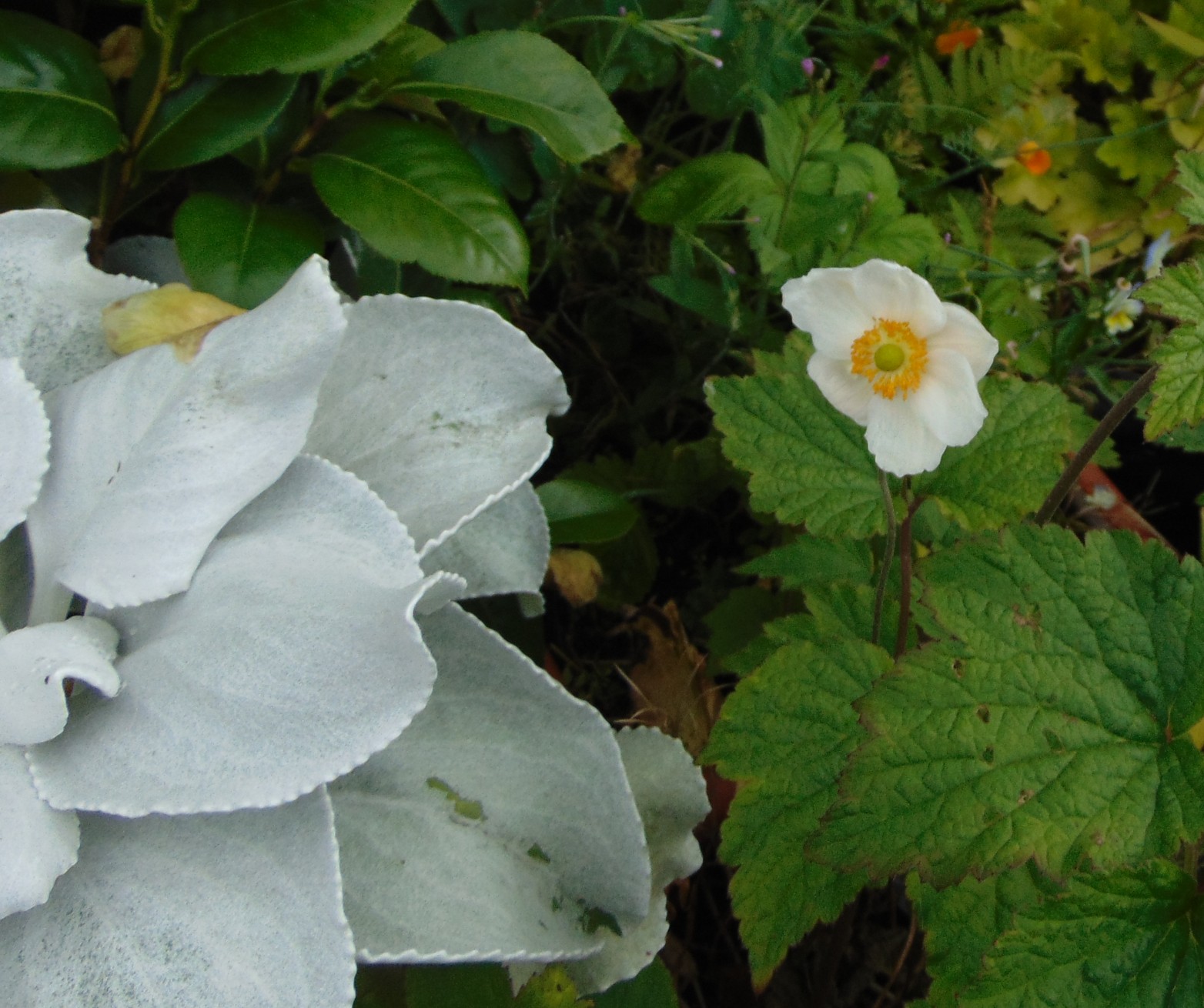 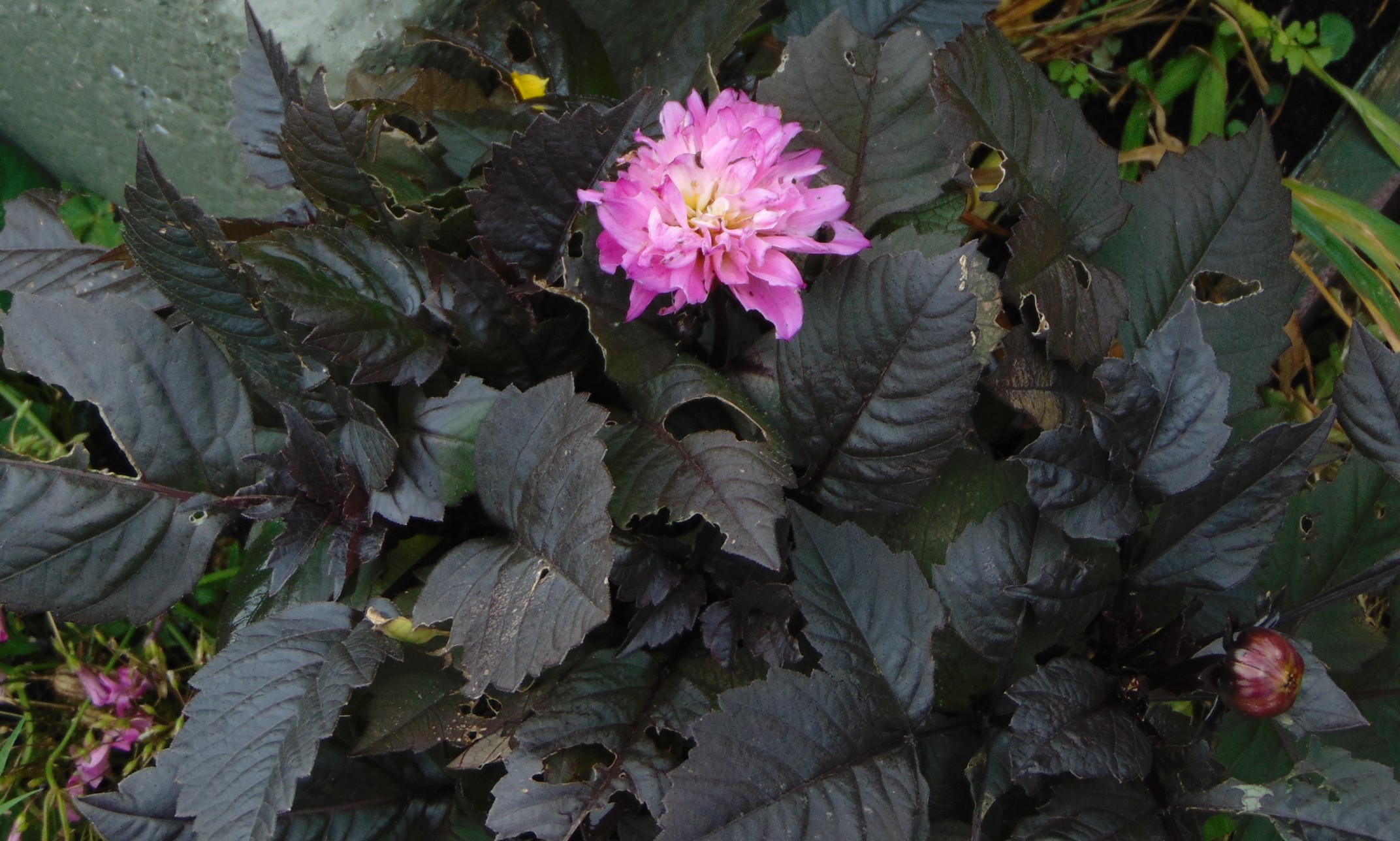 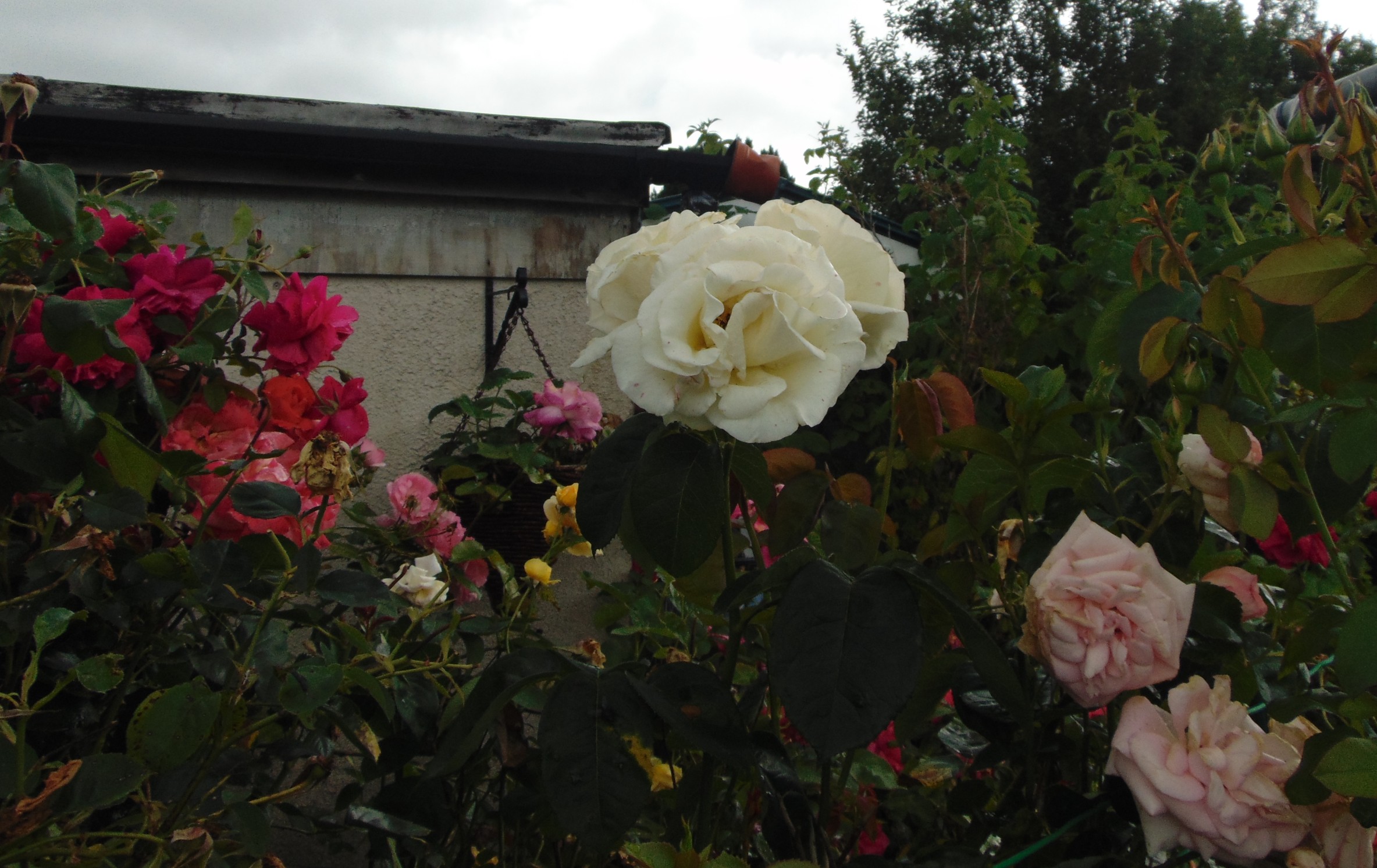 Still a lot of roses.

Yo, Dear Reader, I have been given more rhubarb, one piece was so dense the knife could only chip at it, naturally I composted that, the rest was a little tough. I’m not bragging, but I never realised how good my rhubarb has become after years of care and feeding. It’ll all macerate overnight so it’ll be much more tender and, you know, edible, I’m doing one batch of Rhubarb and Orange, with jam sugar this time around, and one Rhubarb and Ginger, same idea just with a teaspoon of ground ginger and a 4cm chunk grated super fine into it. It’s time to use the fruit and preserving like this is ideal. I’ve harvested another four cabbages, more peas of all kinds, a friend took half, she’s more than earned that and the rest will be cooked and frozen. Sometimes it’s just a better option than blanching, just reheat it in the microwave as a pre-prepared side, depending on the person eating it, which funnily you can over look, I’ve been guilty of trying for the perfect preservation, Dear Reader, now I just go with whatever is best. With the pressure of the surgery gone and me finally really realising that things are changing for the better mentally for me. Still a lot there, but this helps. 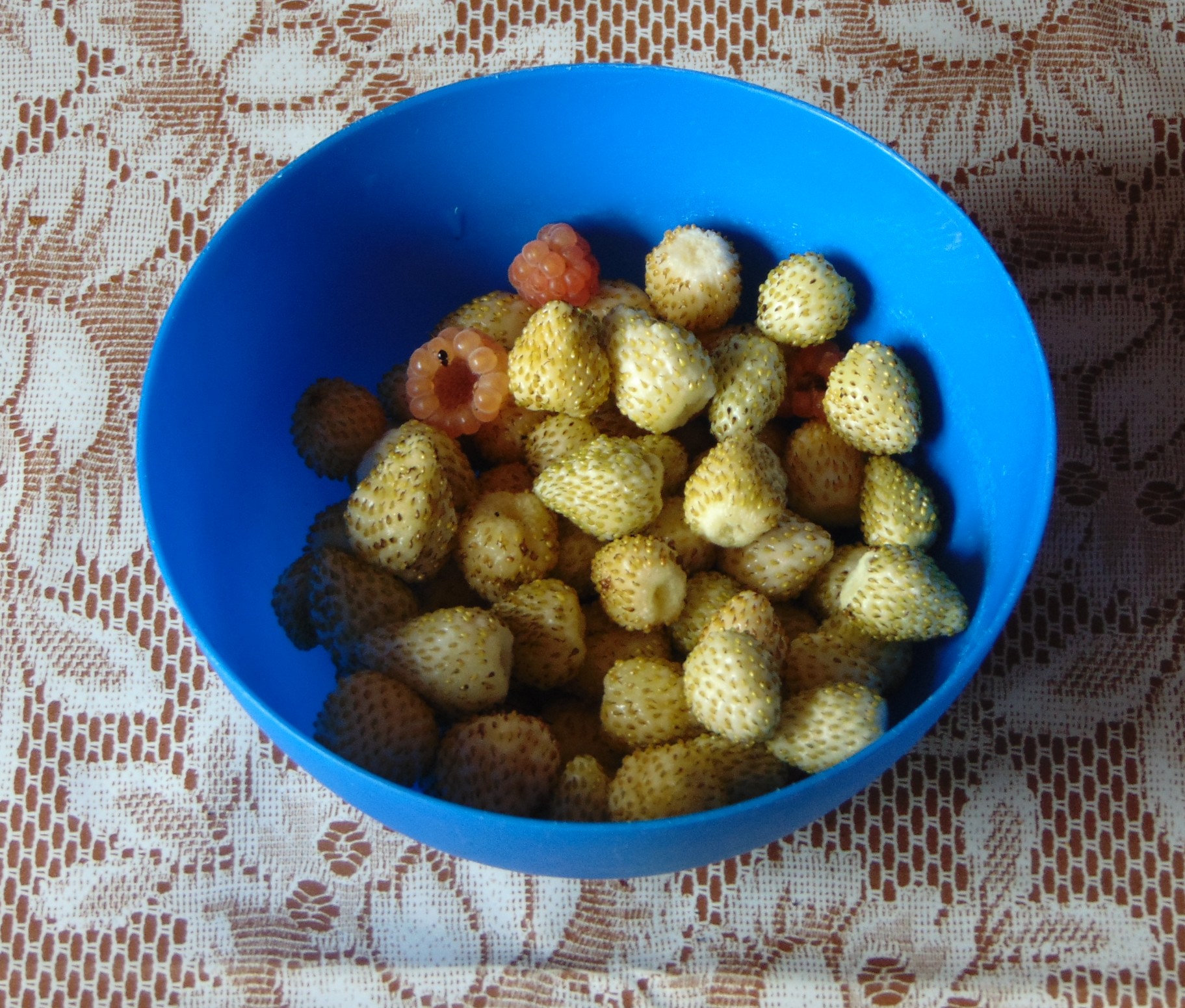 Still a lot of the yellow strawberries popping up. 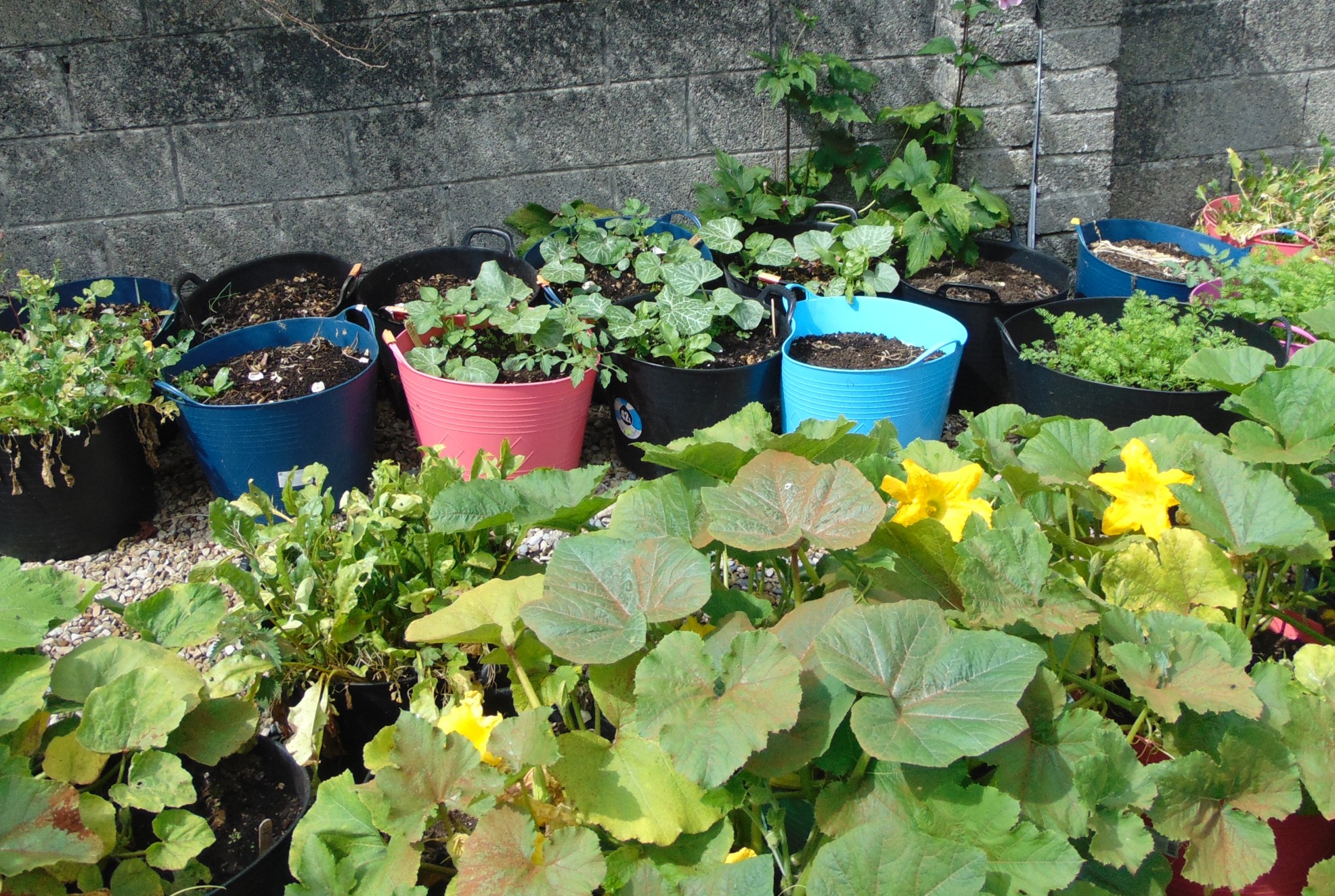 Just behind the cinnamon dusted squash you can see the seeds that started have really taken off. 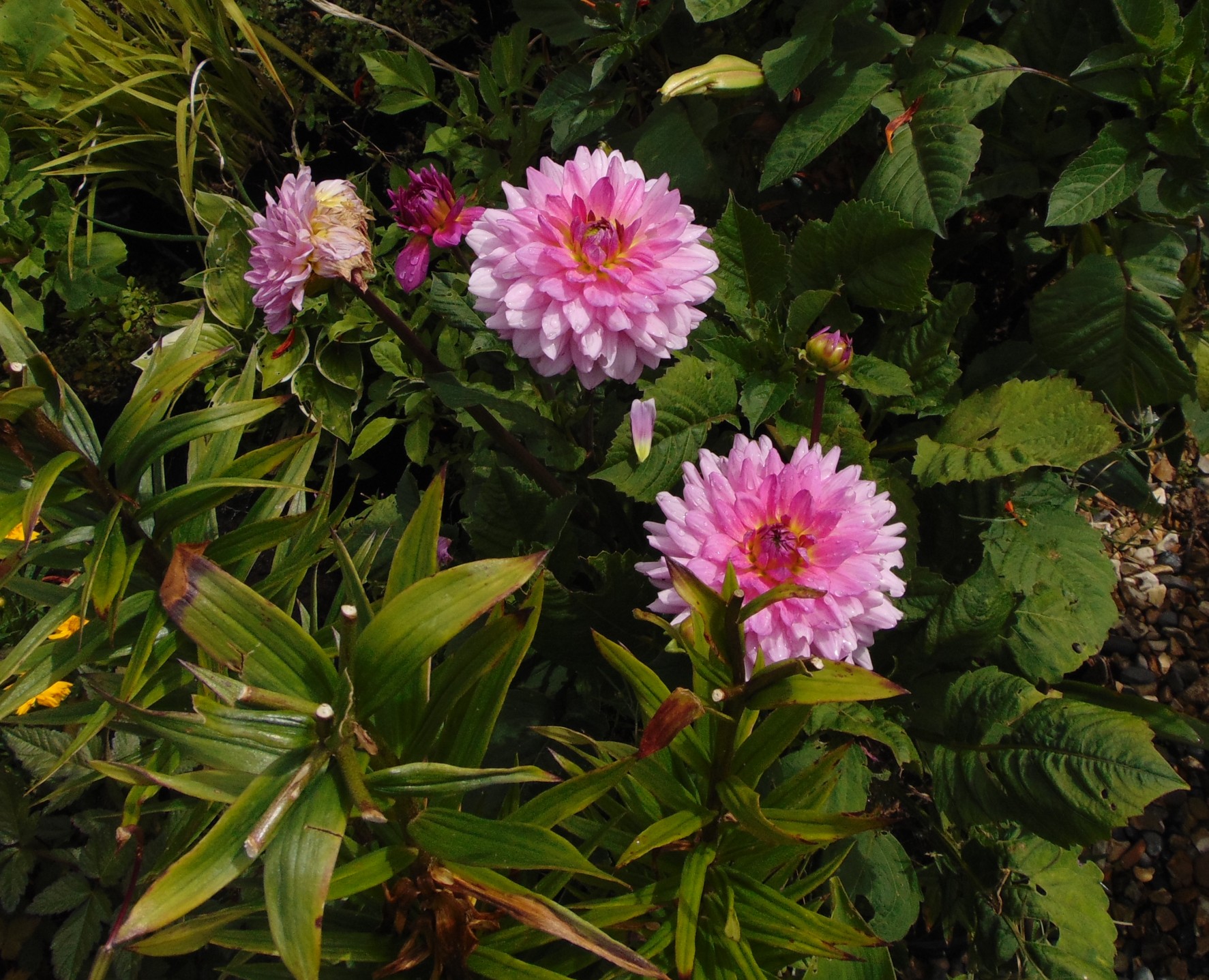 I managed to buy this having also bought one for a friend a year ago. 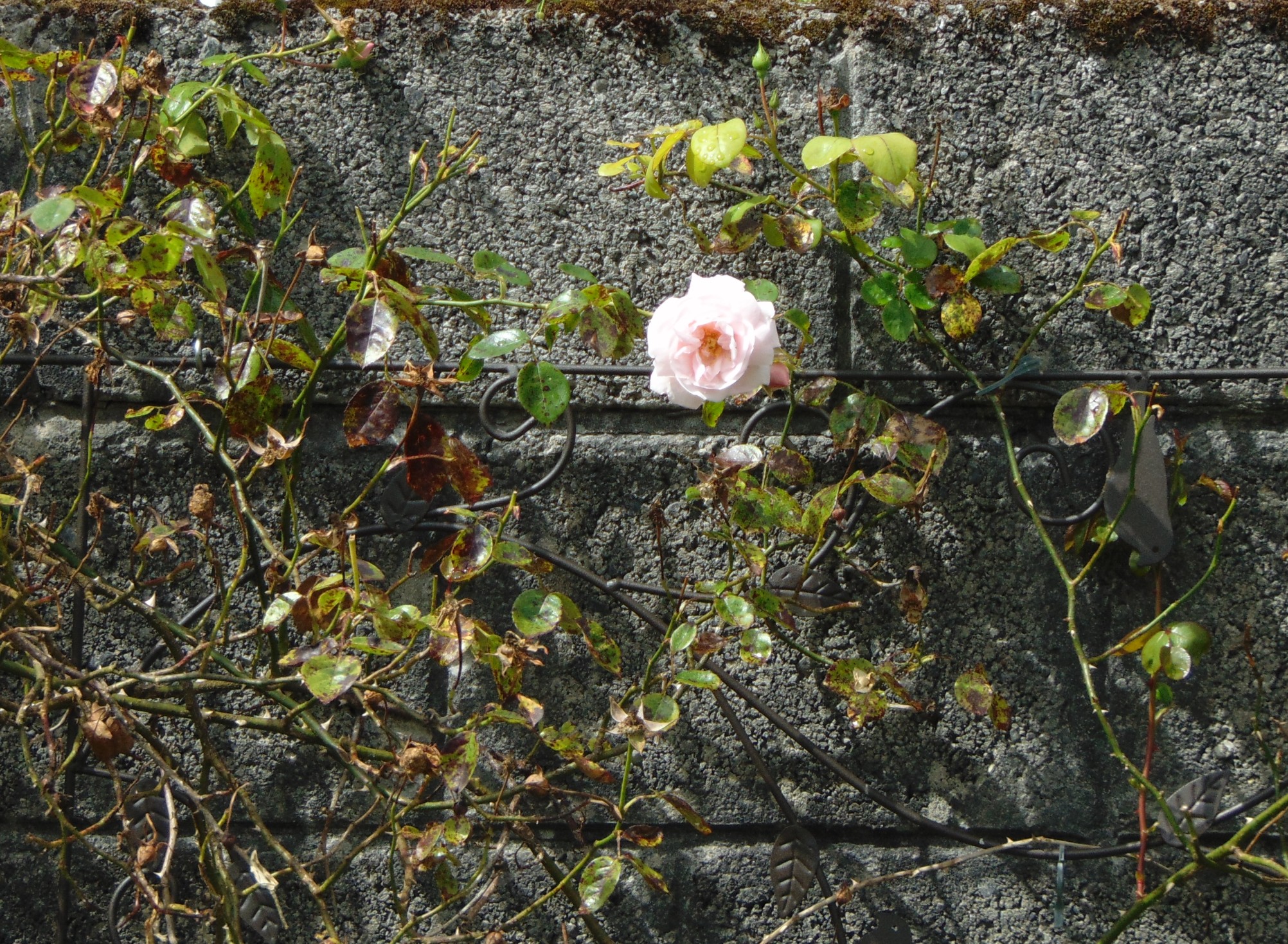 The Rambler is starting to bush out again, but still has a few flowers.

One things that I can’t say what brought about but I’m glad of is the cabbages are barely touched by slugs, you expect some, but these are near perfect, I used coffee grinds at the edges, onions planted all around and slug pellets scattered away from the cabbages and a few nearer. A little iron won’t harm the soil and that’s about the strongest measure I’ve used, but I’d swear the coffee and onions did as much if not more. Either way I can continue to use both as I go. The red cabbages are slower and I’m not one hundred percent sure what I’ll make. I do have a braised red cabbage recipe, and I’d like to pickle or something similar, but pickled foods aren’t eat much here and selling wouldn’t be an option. Might likely braise and freeze or give away. I thing I grew too many to be honest, but I was rushing and planting what I could before the surgery, sadly the cauliflower were eaten before they even started. I’ll figure out something, I don’t eat it myself and can’t if it’s braised, but if there any Dear Readers out there with experience on using red cabbage I’d be grateful for any tips or advice. 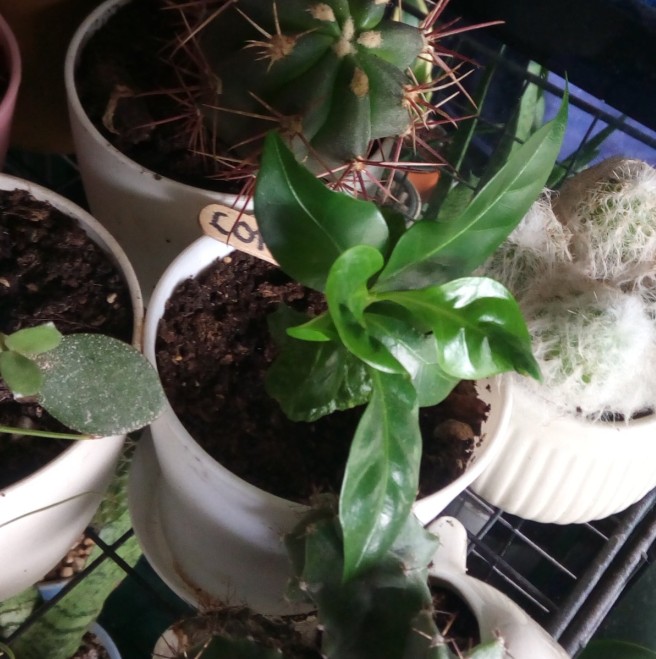 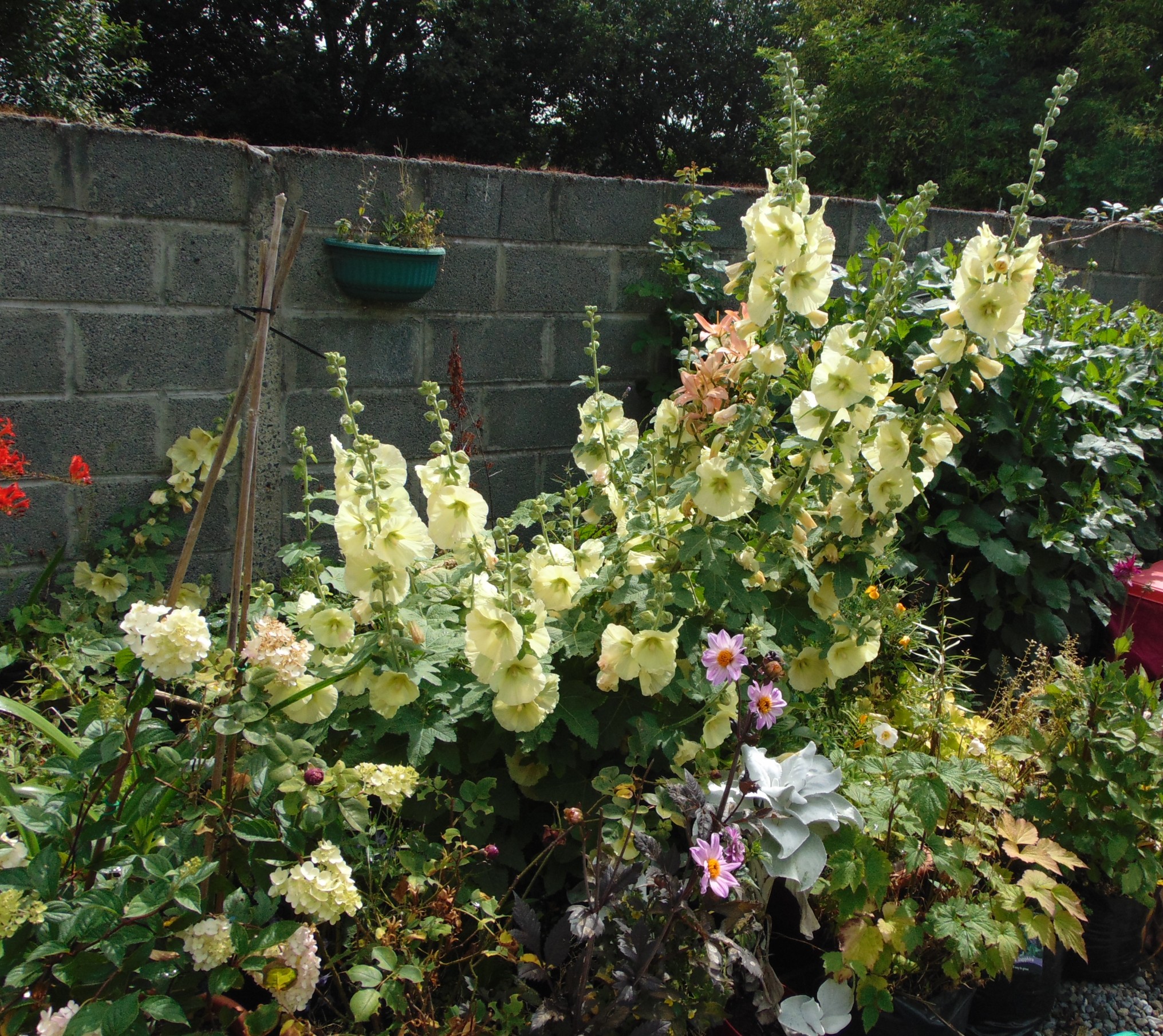 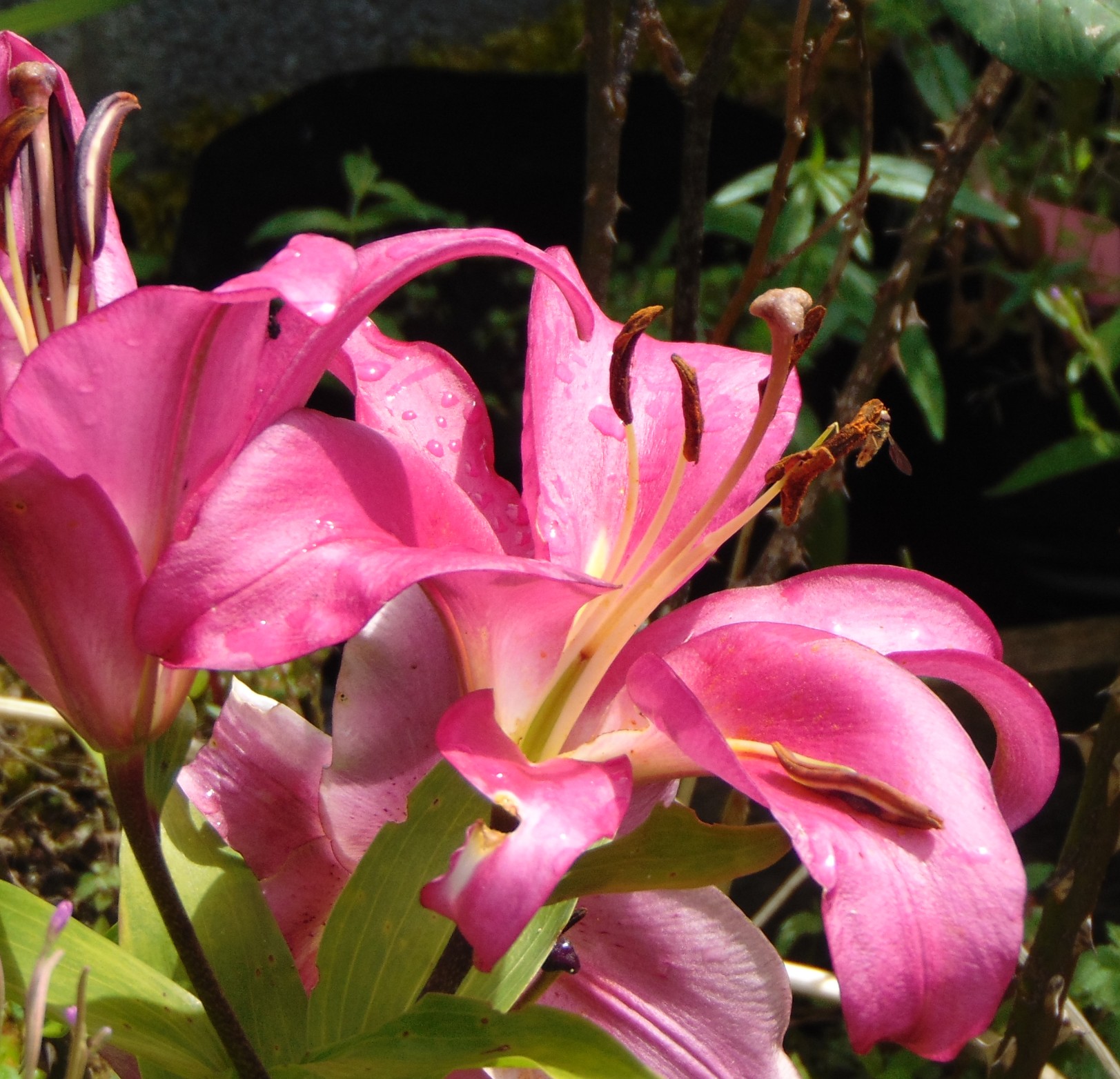 A small friend decided to join the photo.

I haven’t spoken much on my recovery recently, still a little slow on the right side where all the issues were, but it’s healing and I’m starting to feel it more a part of myself rather than a big piece of something just inserted into the skin. I’ve been through far too much with all the weight-loss and the after effects, so a part of my just wants to forget it all and just get on with life, you know, Dear Reader? I’ll likely look back on it in time, but from a greater distance from the most painful parts. I’m eating well, I’ve cut down on my sugar a bit, didn’t need to just had trouble sourcing my icing sugar and decided to just occasionally go with whatever the shops had in junk food, pretty much like I was before really, still feel that eating anything bad should be hushed up despite, you know, me being the poster child for successful weight loss, societal standards and erroneous reinforced perceptions of weight and health run deep, Dear Reader, which is why I speak up now and then. I’ve added hemp hearts back into my diet, just as there has been a shift to whole hemp milled, my “cereal”, a far cry from what was once, even when it was healthy cereal it has so, so much sugar, is just chia seed, hemp hearts, popped quinoa, hard to get now too annoyingly, and puffed rice. It’s…it’s food, Dear Reader, it gets me a lot of good stuff all in one go and sometimes that’s enough. Like everything in life, Dear Reader, it’s a lot more grey than people would like to believe, if I ever stopped this diet I’d likely end up dead or worse, but even with it my myriad of health issues, genetic and effect of the weight and weight-loss, still take a lot out of me, never hurts to remember that you’re never going to be perfect because there’s no such thing as perfect. We can only look after ourselves the best we can and answer only to ourselves, Dear Reader. I’ll be back again soon, until then stay safe and take care. 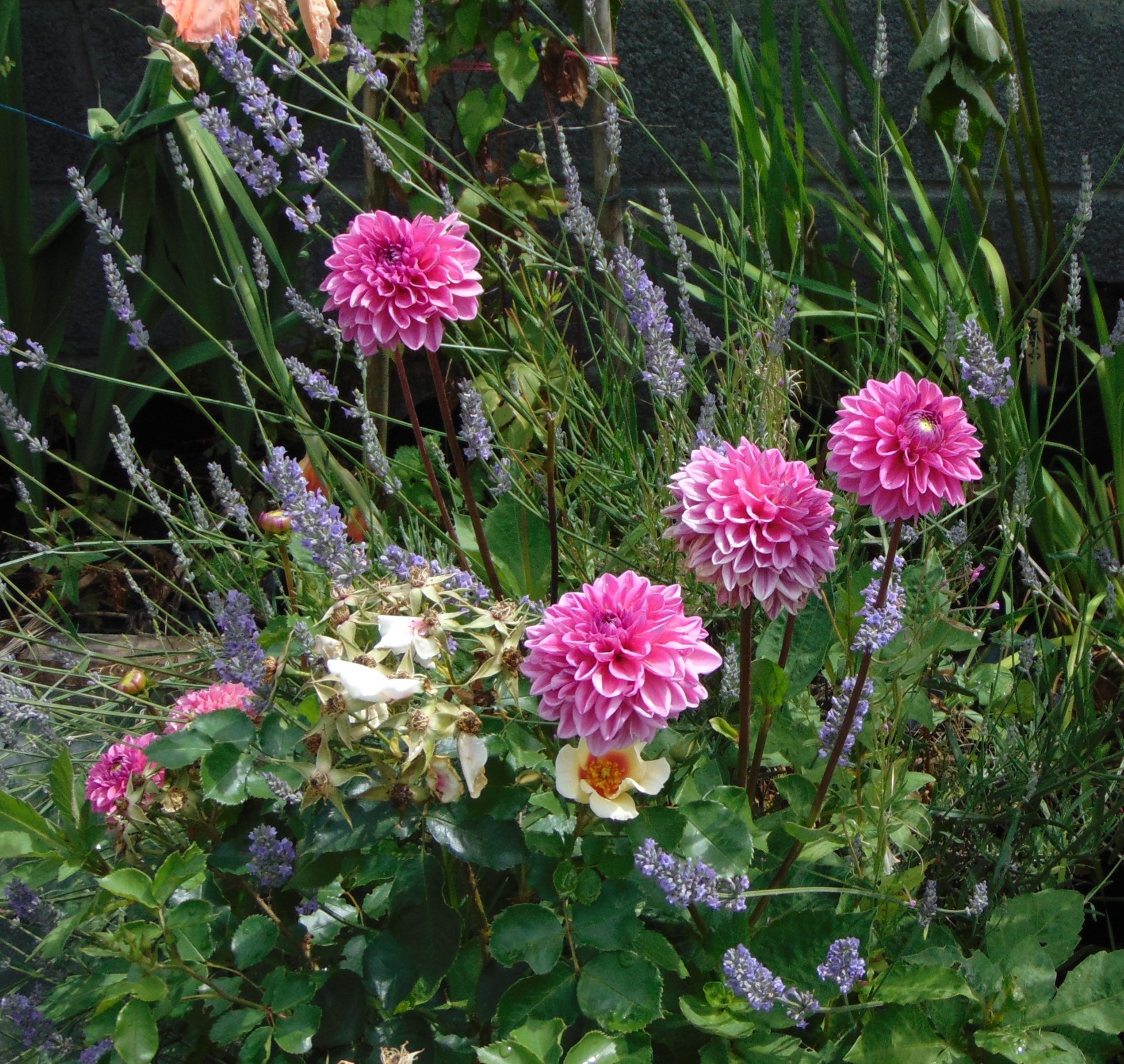 These are one of the first dahlias I ever bought. 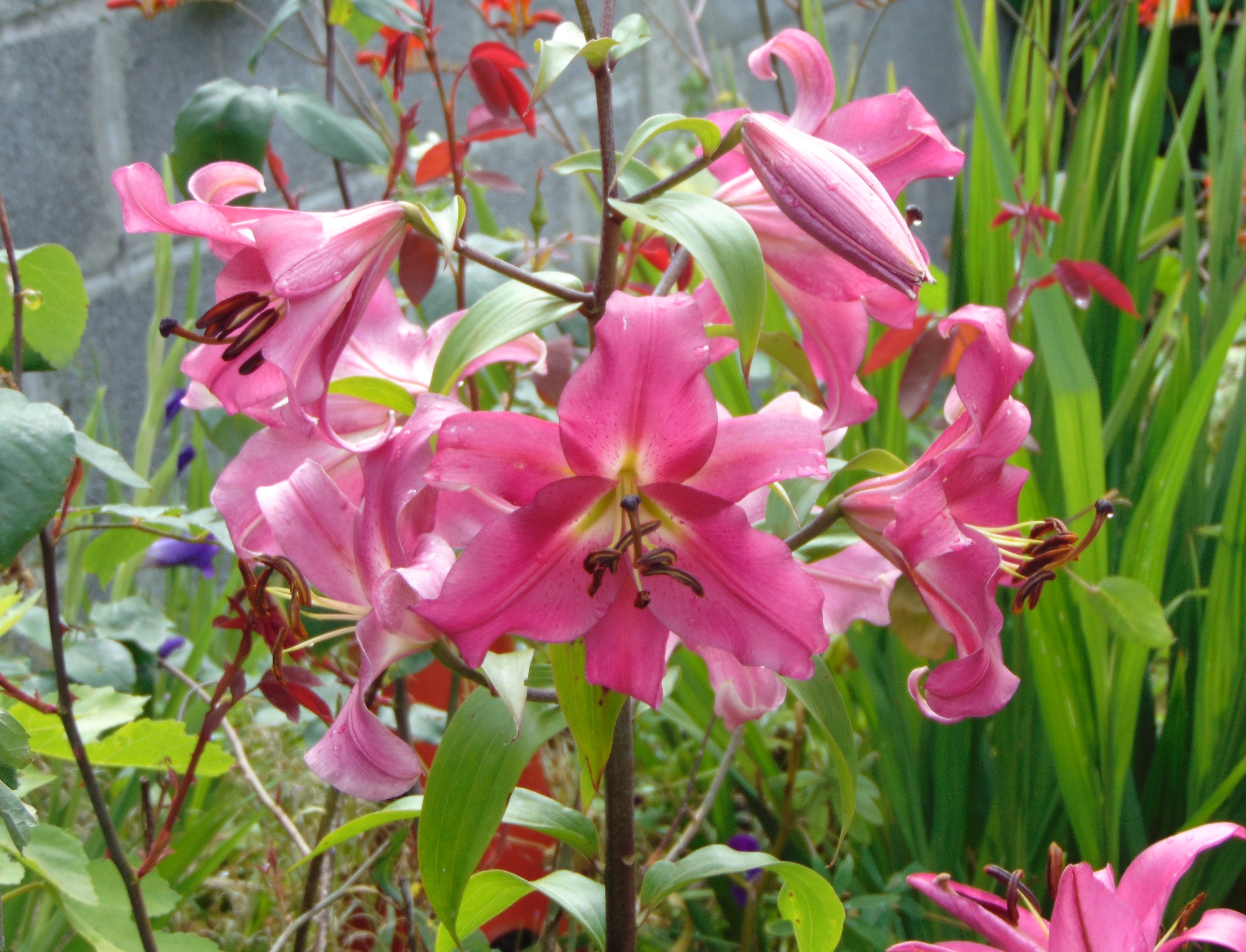 Lilies are so beautiful for so little work.