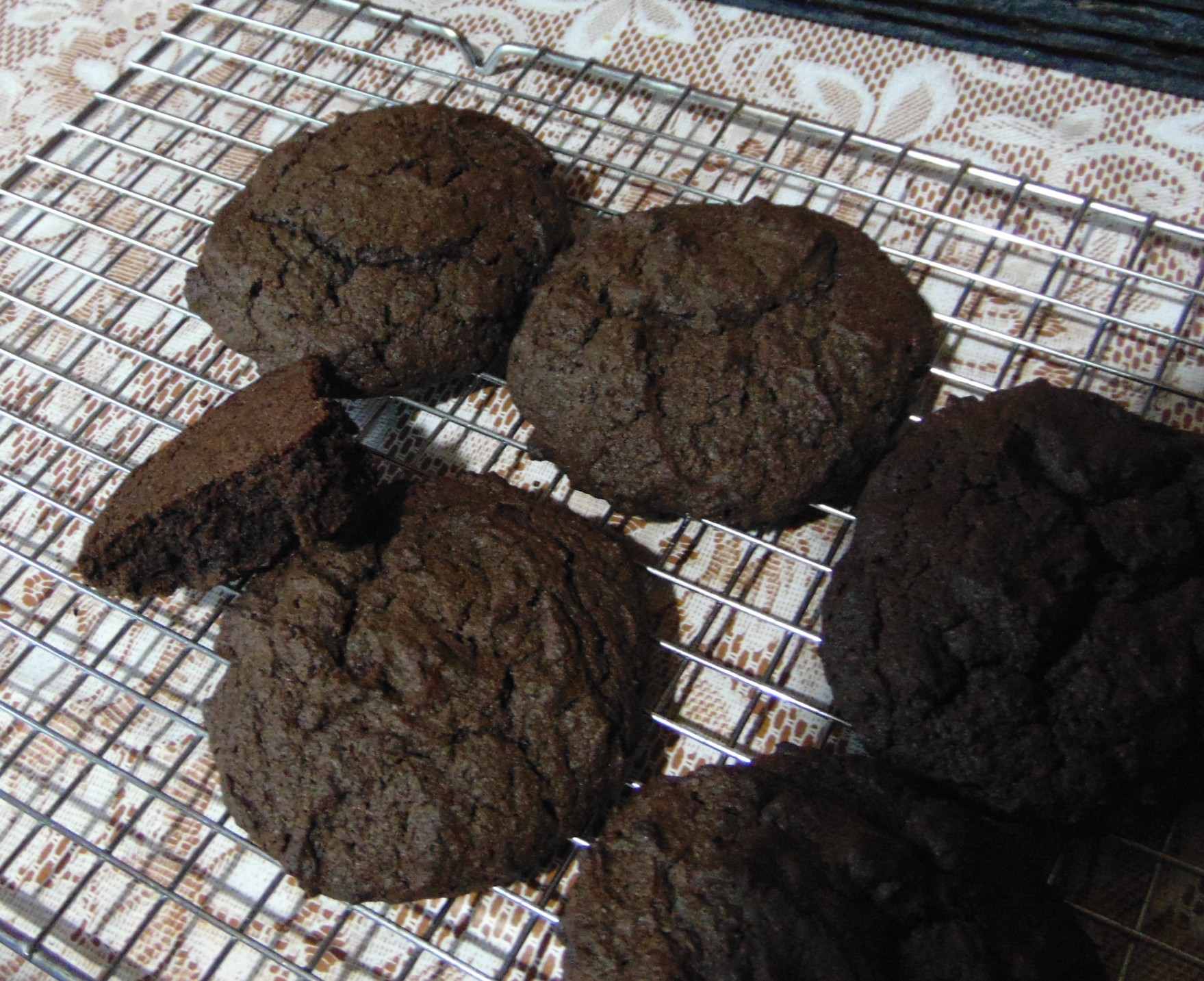 Despite being a while it’s always the same brand available. 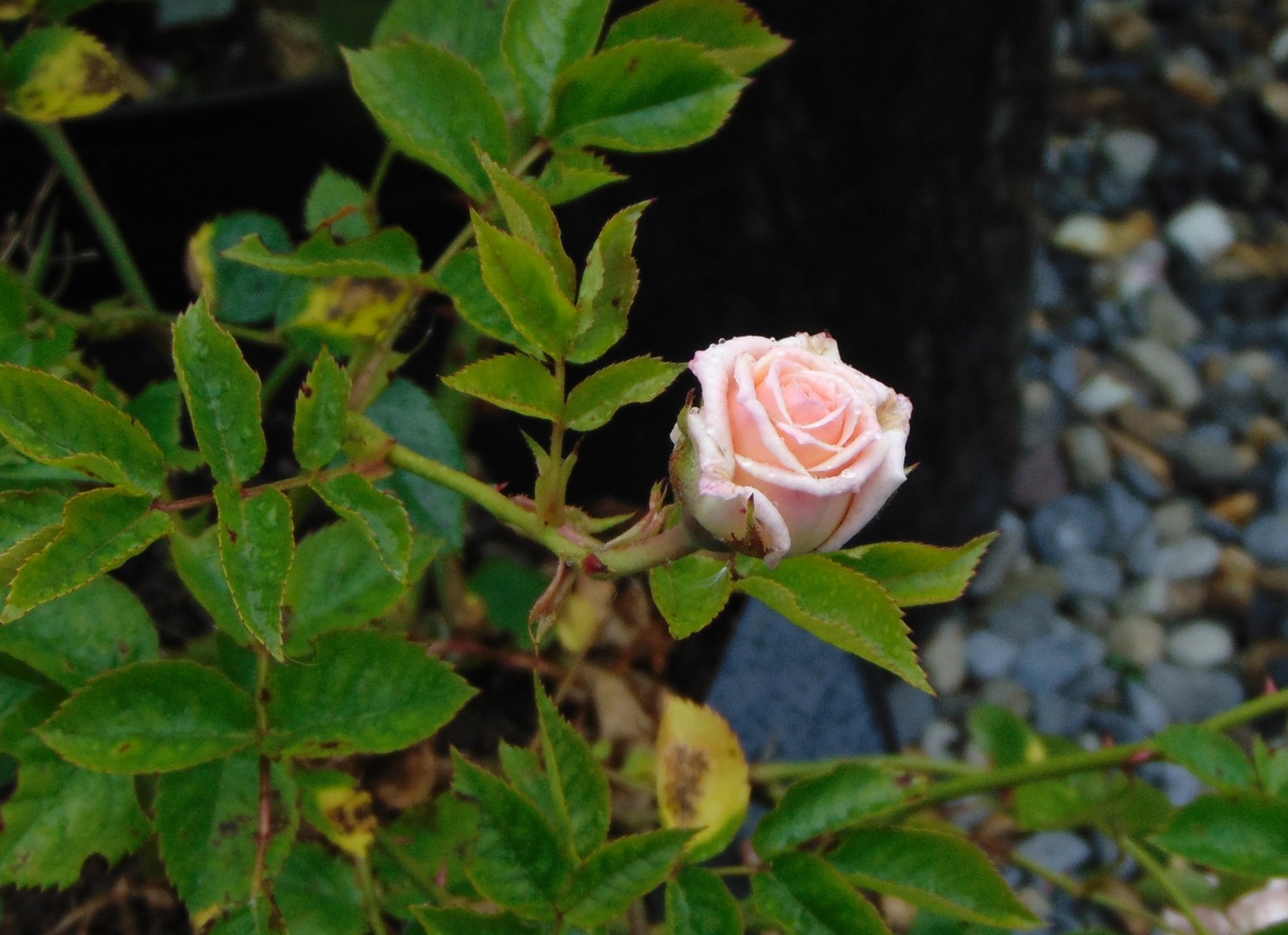 The Bouquet rose is blooming all over. 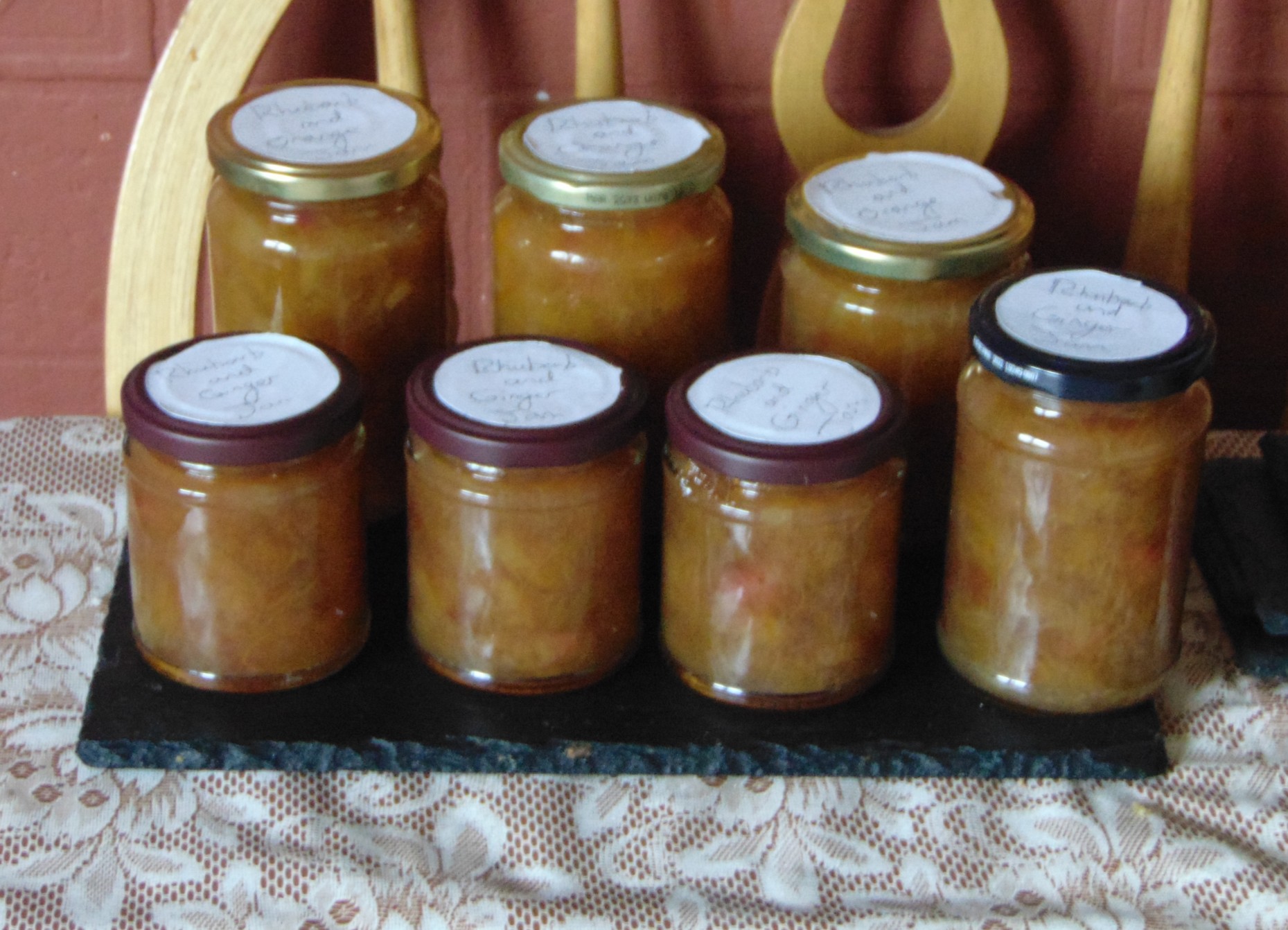 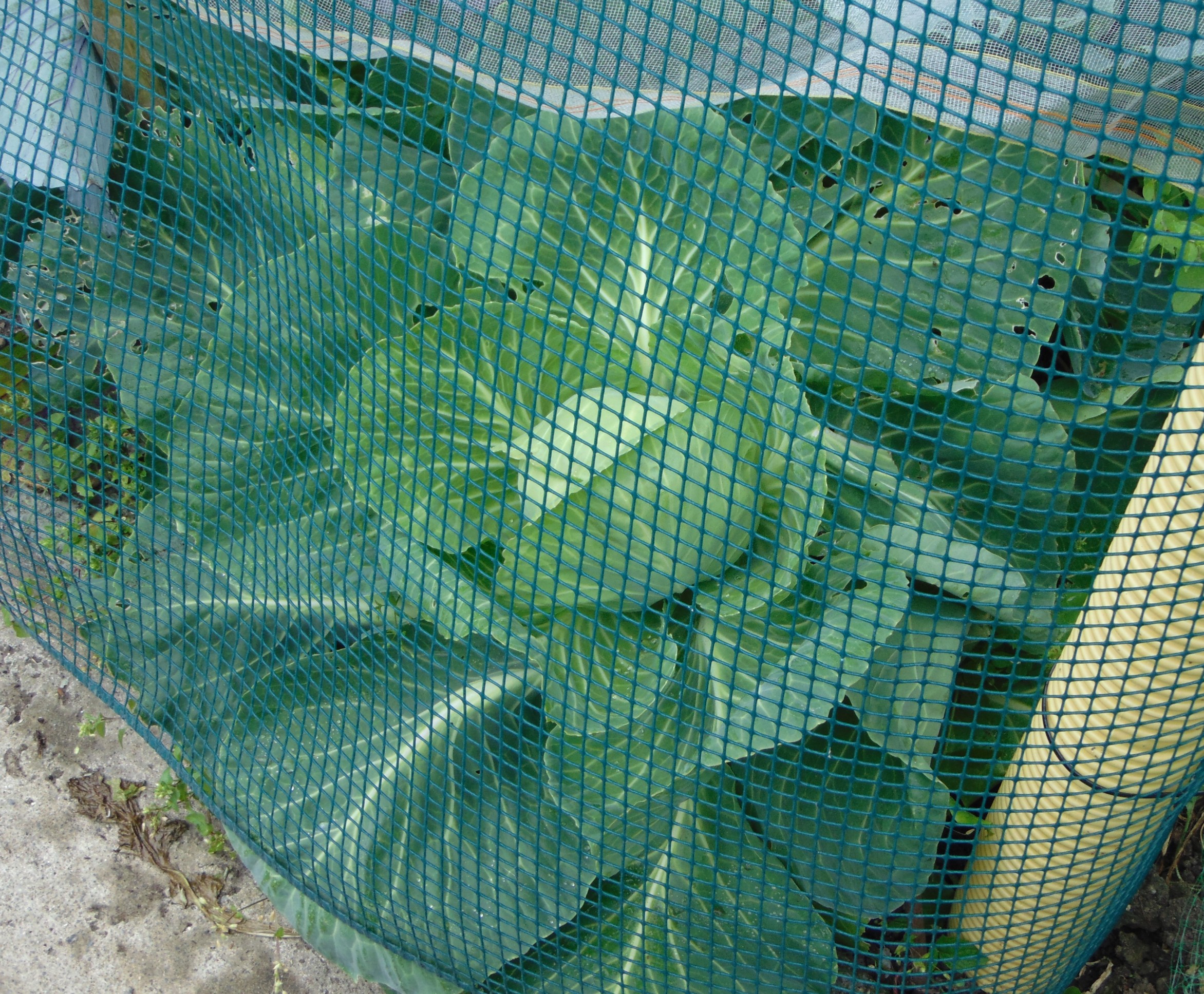 There have been many harvests and I keep forgetting to take a photo. Golden Acre are a great small variety.

Yo, Dear Reader, there hasn’t been much to do with food recently, bar fresh produce, mostly because I have long since hit a limit on what I can eat and what I can do with what ingredients I can use. I did buy some carob powder and promptly forgot about it. No, I’m not joking, I just decided to make some cookies and went with the Buckwheat Peanut Butter Biscuits, no I’m not being confusing on purpose, this my natural state, when I say cookies, and I will, Dear Reader, I mean biscuits…though they are more of a cookie in the version. They turned out well, they’re fast and I sped things up a bit, I’ll elaborate on that in a moment, but I am reminded that most people really dislike carob, for various reasons, and I have struggled to find the best use for it and I had a moment when I first tasted these. They’re strongly flavoured with carob, it cuts through everything else, thankfully it doesn’t dry them out much, that’s one unfortunate downside of carob, it’ll dry out anything and won’t take on moisture to counter that fact. I realised that even with a good bit of sugar it did nothing to the carob’s bitterness, but it’s similar to coffee’s bitter notes, taken on it’s own merit it has value, you could dump sugar into it and it would only increase the bitterness, whereas like an espresso, I’ve had a few in my time, a few in the last hour, the bitterness as the main flavour note allows the other flavours to recede a little and you can just enjoy it as it’s own taste. It paired super well with coffee and I wish I had had some kind of coffee powder to complement it. Peanut butter has also always worked well with carob in my opinion. 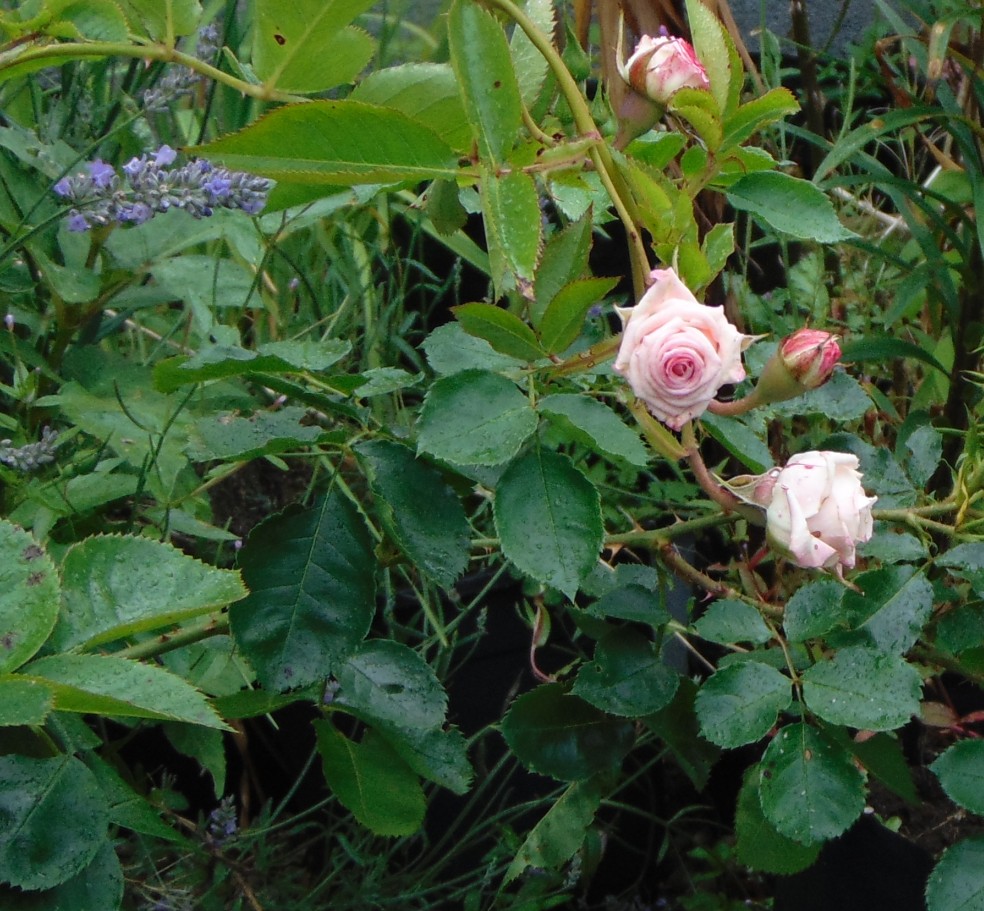 With more “Bouquet” roses starting I may need new names. 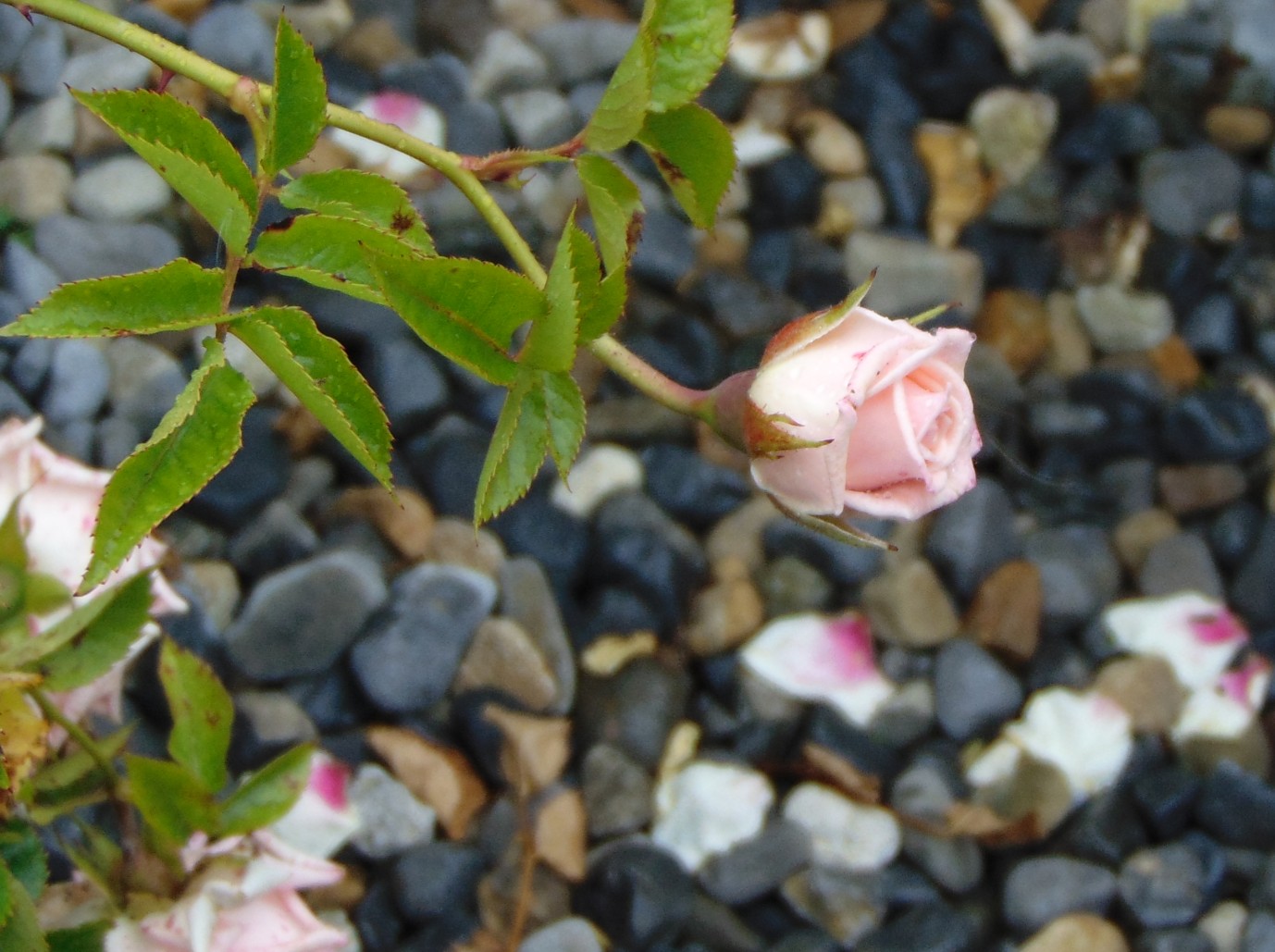 You should’ve seen the smile on my face, Dear Reader.

So, if you take carob as a dry and bitter flavour, don’t try to tamp it down, I always find sugared coffee just feels off, that’s my taste so take all of this as the same, you might have much better luck. I’d like to try it as a drier biscuit with some kind of coffee flavour, be it a glaze or just as an additional dry ingredient. Won’t happen right now, Dear Reader, but I think carob is an underrated ingredient. I’ve done a lot with it and it isn’t the best, but it has some uses and does add a lot of goodness to whatever you add it to. I do warn again about the idea of the healthy dessert, there are the obvious issues that even if you reduce sugar and try to replace ingredients with healthier choices that you might still have something that would still struggle to be called healthy, it’s why there are so many of those protein based fruit bars, they seem better than the yare, which is mushy nuts and dried fruit, but what I think is the bigger issue is that by trying to recreate something that is based in sweetness and unhealthy choices you lose the joy inherent in that choice and also you tend to think less of completely new recipes and dietary replacements. Which is why so much terrible gluten free food is so popular, I’ve talked about it in the past and I still feel taking these new ingredients, well, newer to some of us still, and using them on their own merits is much better than using them as substitutes. They aren’t perfect, but I really think so much can be done with them if we just start from scratch, check out the carob tag to see what I have done. Yes, I am still a food blogger, I’ve just put in years of work and hit a good point, anyone can ask for a recipe or help, but I have my own life to live and my own health to consider and experimenting with sweet isn’t as viable as it once was. 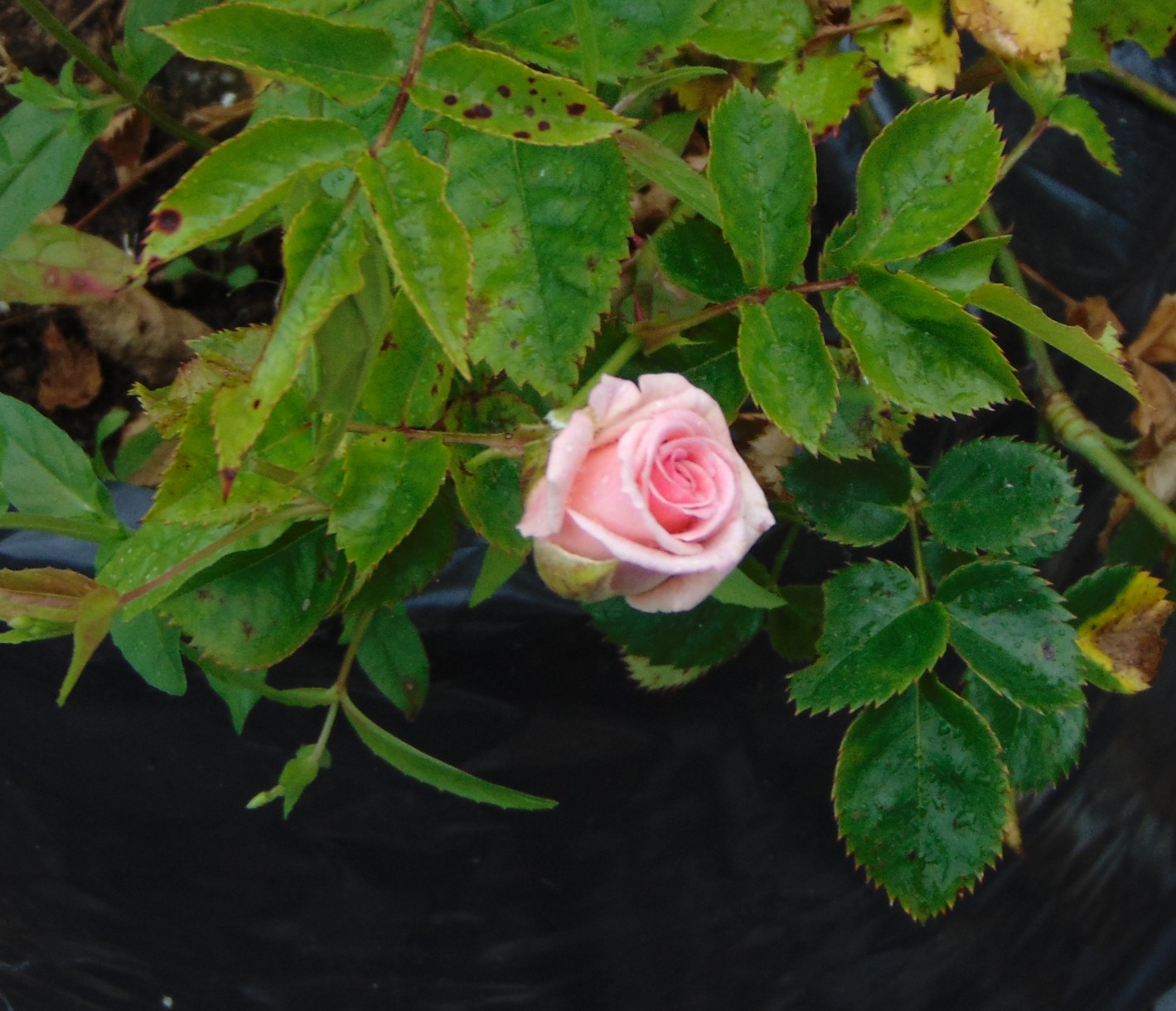 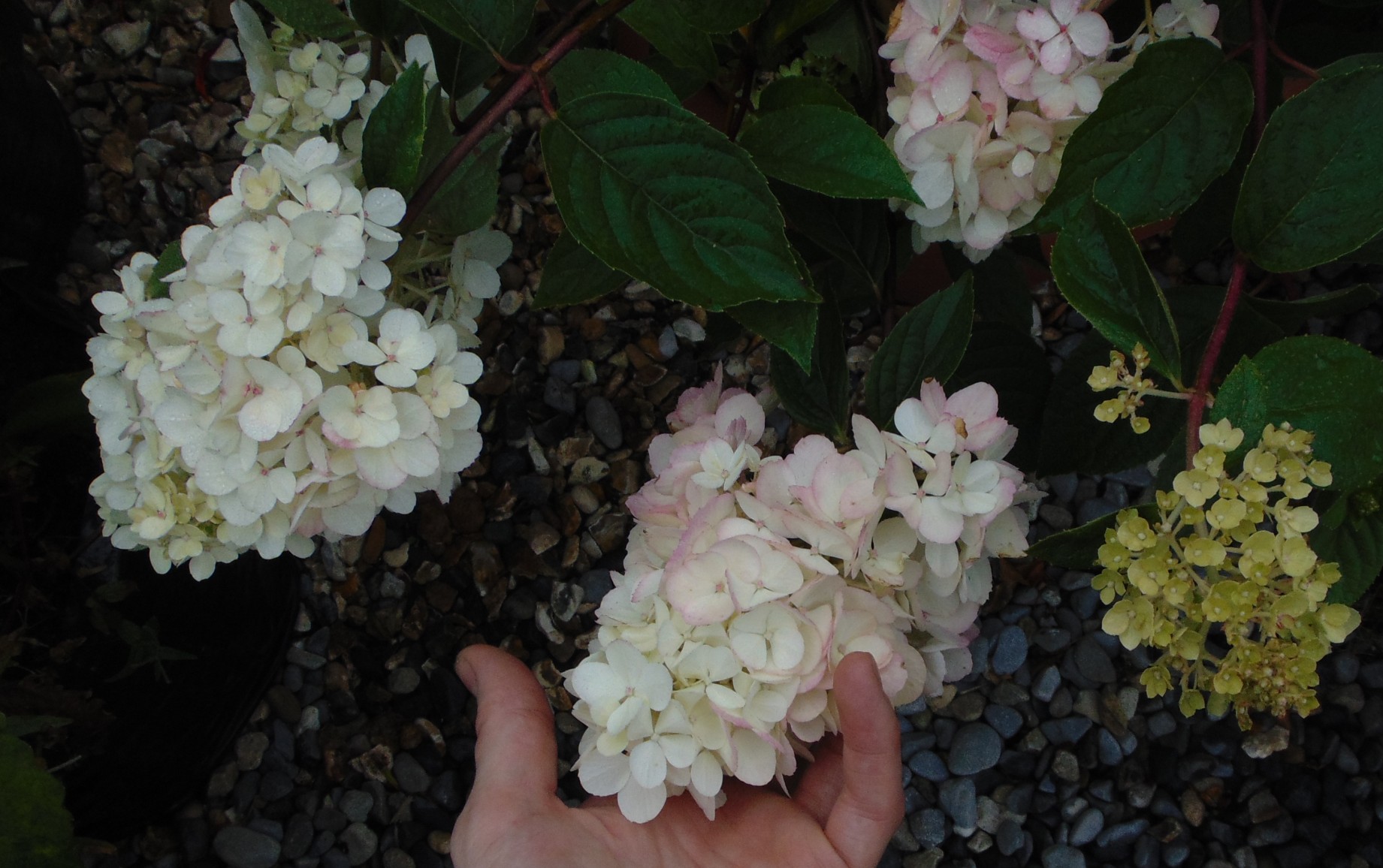 A little pink has appeared on the white hydrangea. 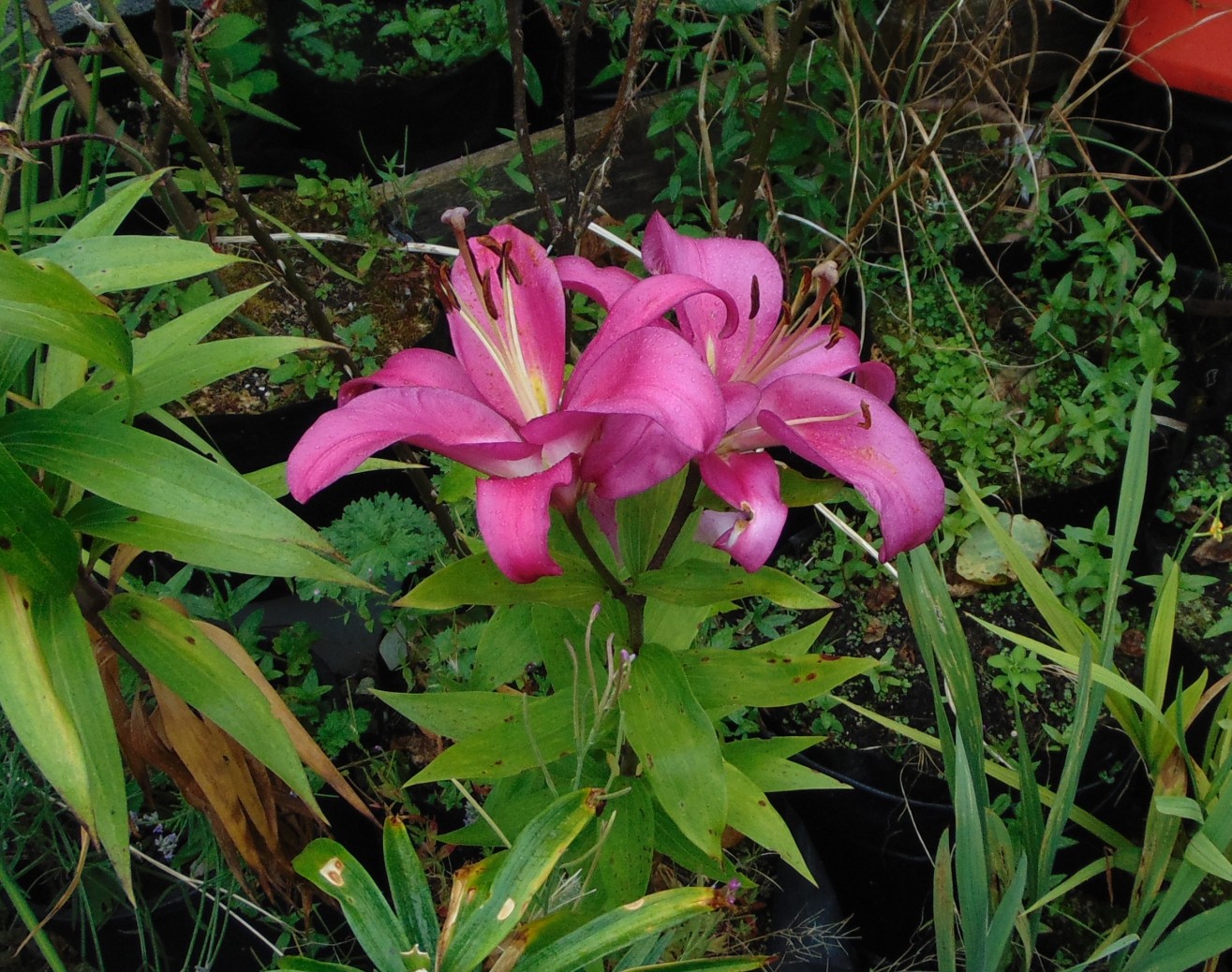 More lilies. A little later this year I think.

So, that was Jack The Food Blogger, Dear Reader, it’s like a switch clicking in my head, so many considerations, so many diets, so much responsibility, but that’s why I mostly go with the chill garden posts these days. I’ve more than paid my dues to all the blogs that helped me and I hope that I have been a help to others over the years. The knowledge is always there, Dear Reader, but I do need to put myself first and these days it is getting harder to get the usual pantry staples never mind new ingredients to play around with. I do often think that I could just repost old recipes, try to build a userbase and then I just laugh and laugh and realise that’s the lie we’re all sold online, that we too can be a success. The people selling us these sites and lies surely make money, but the average blogger will likely fade into obscurity long before they see any indication of fame. For me I found friends here, I found loyal Dear Readers who have stuck with me, whom I hope enjoy these posts as much as I do writing them, for me that’s success enough. As long as I have all of that then I feel the blog is a success. I’ll be back again soon, Dear Reader, until then stay safe and take care. 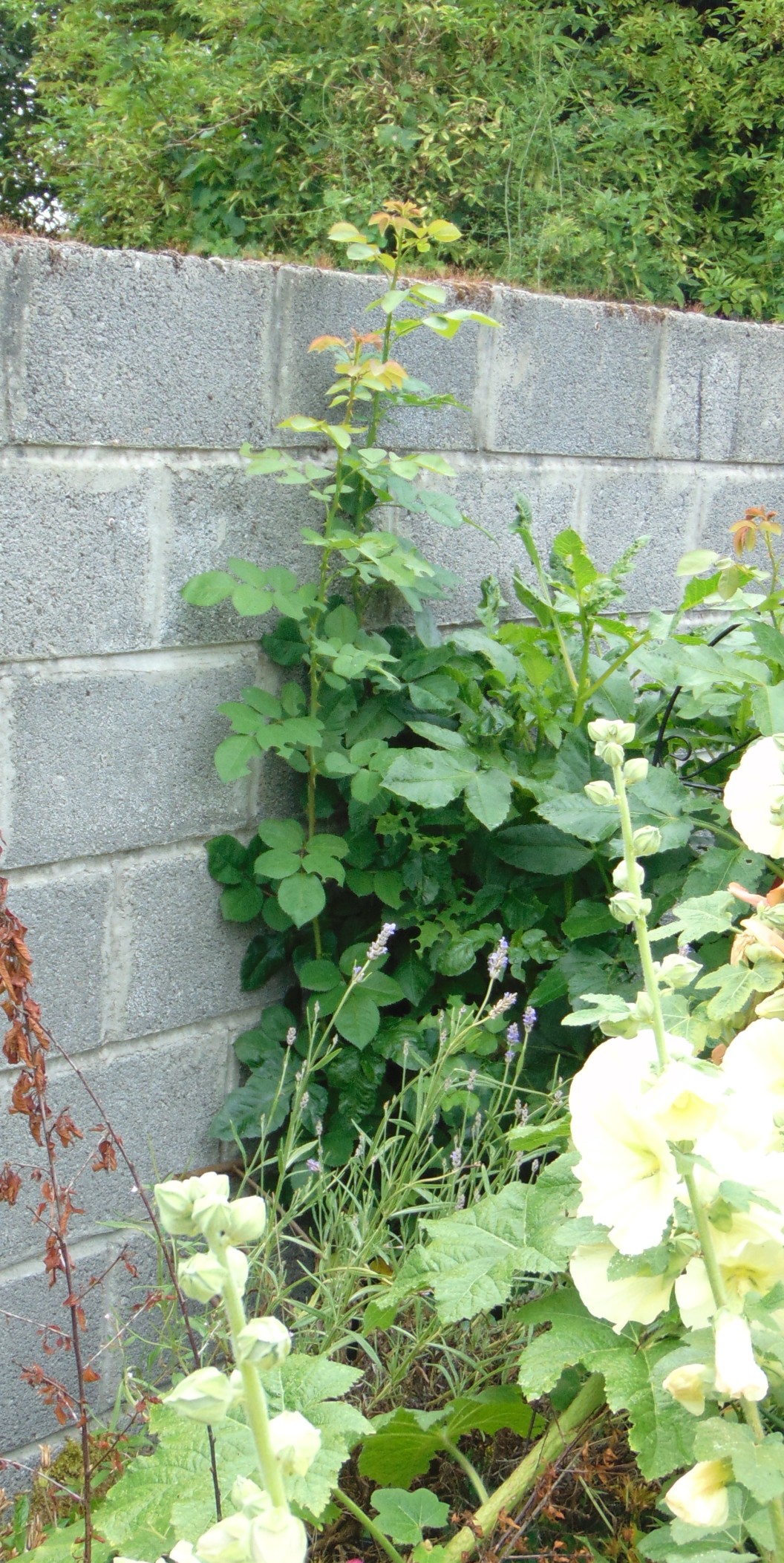 The mystery rose that always shoots up after the yellow dies back, this is the chunk I took off and planted last year. 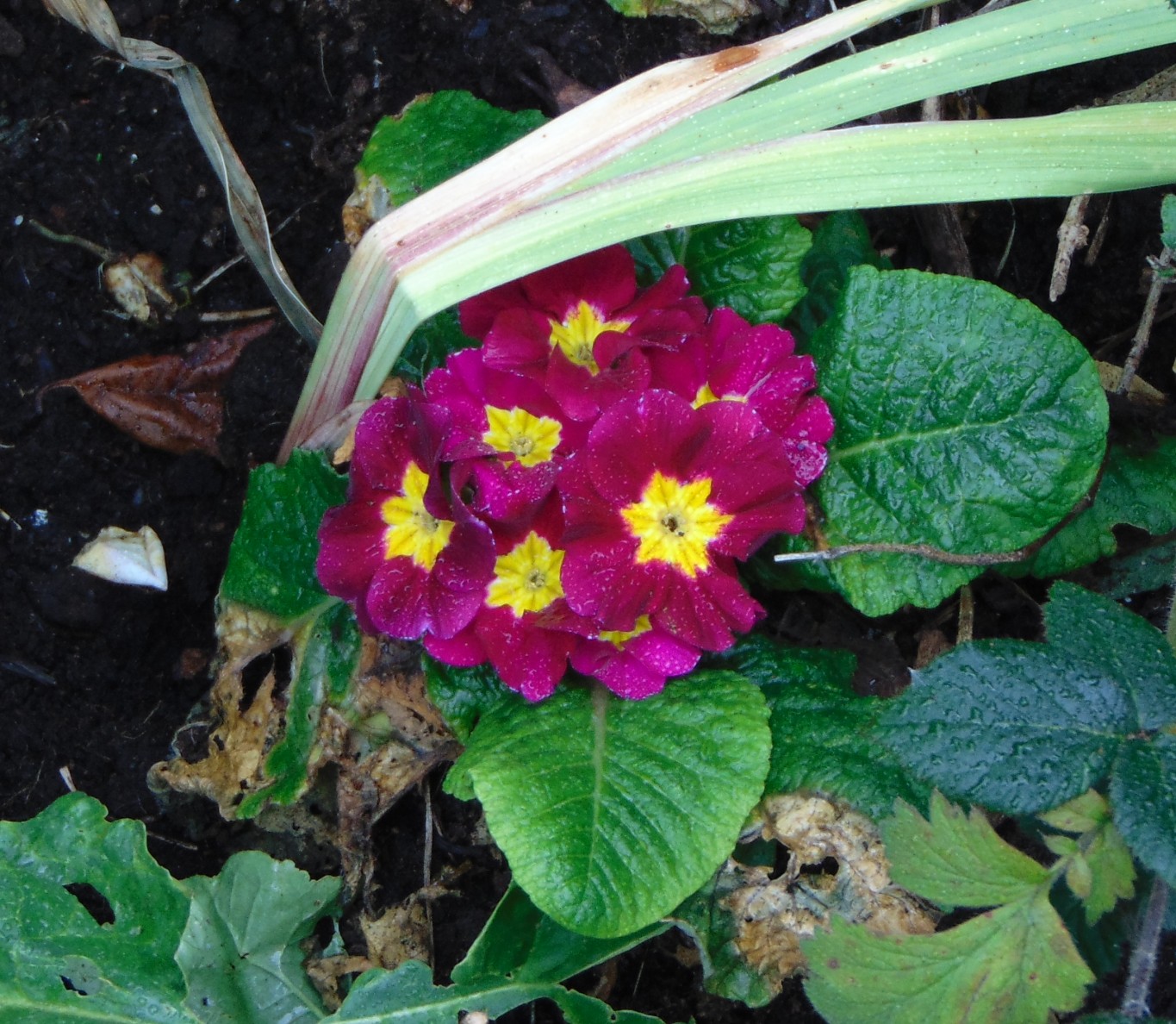 Can’t even tell if they’re early or late anymore. 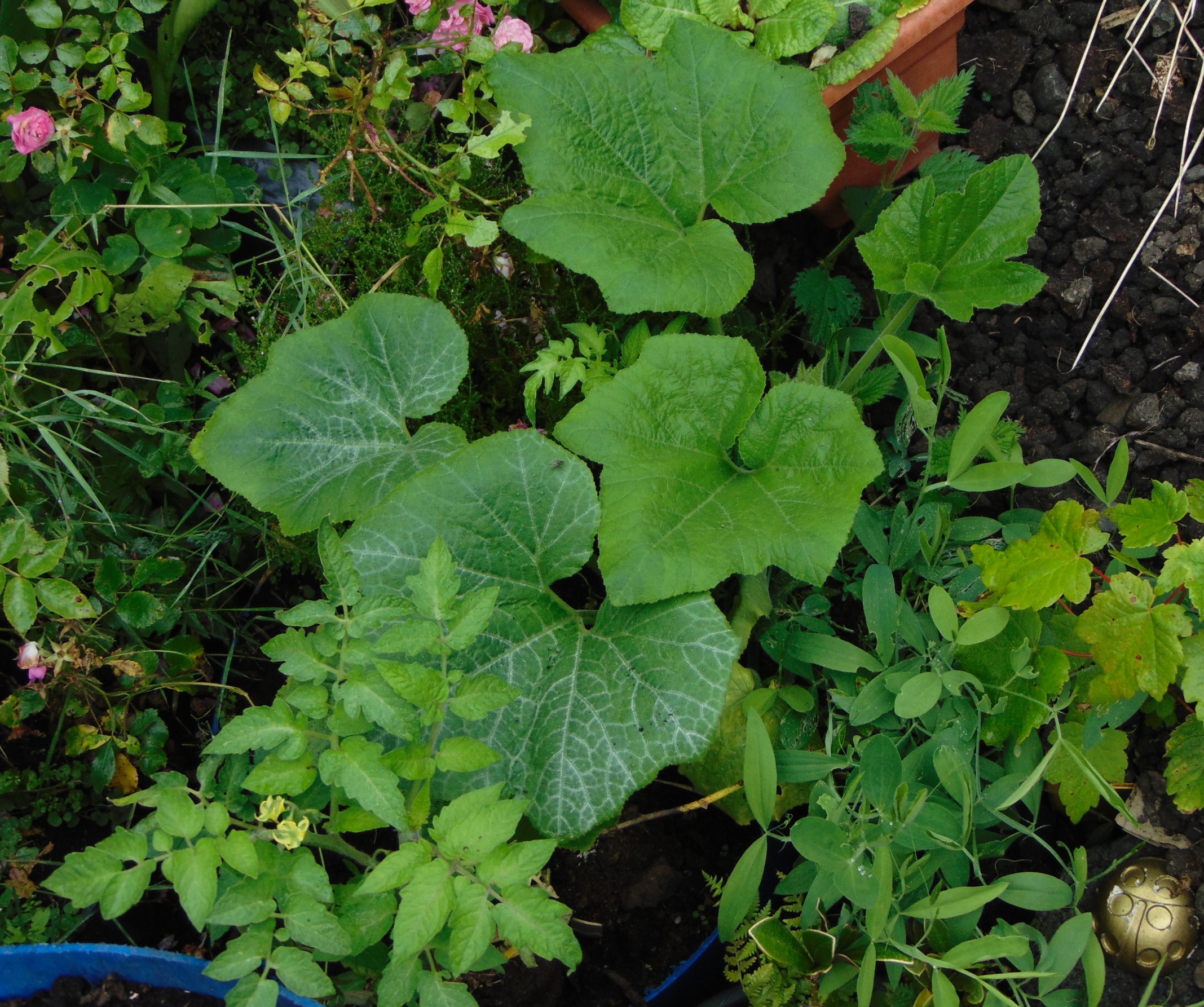 Somehow tomatoes got into the back and are flowering outside?! Wait…I did this? I think.