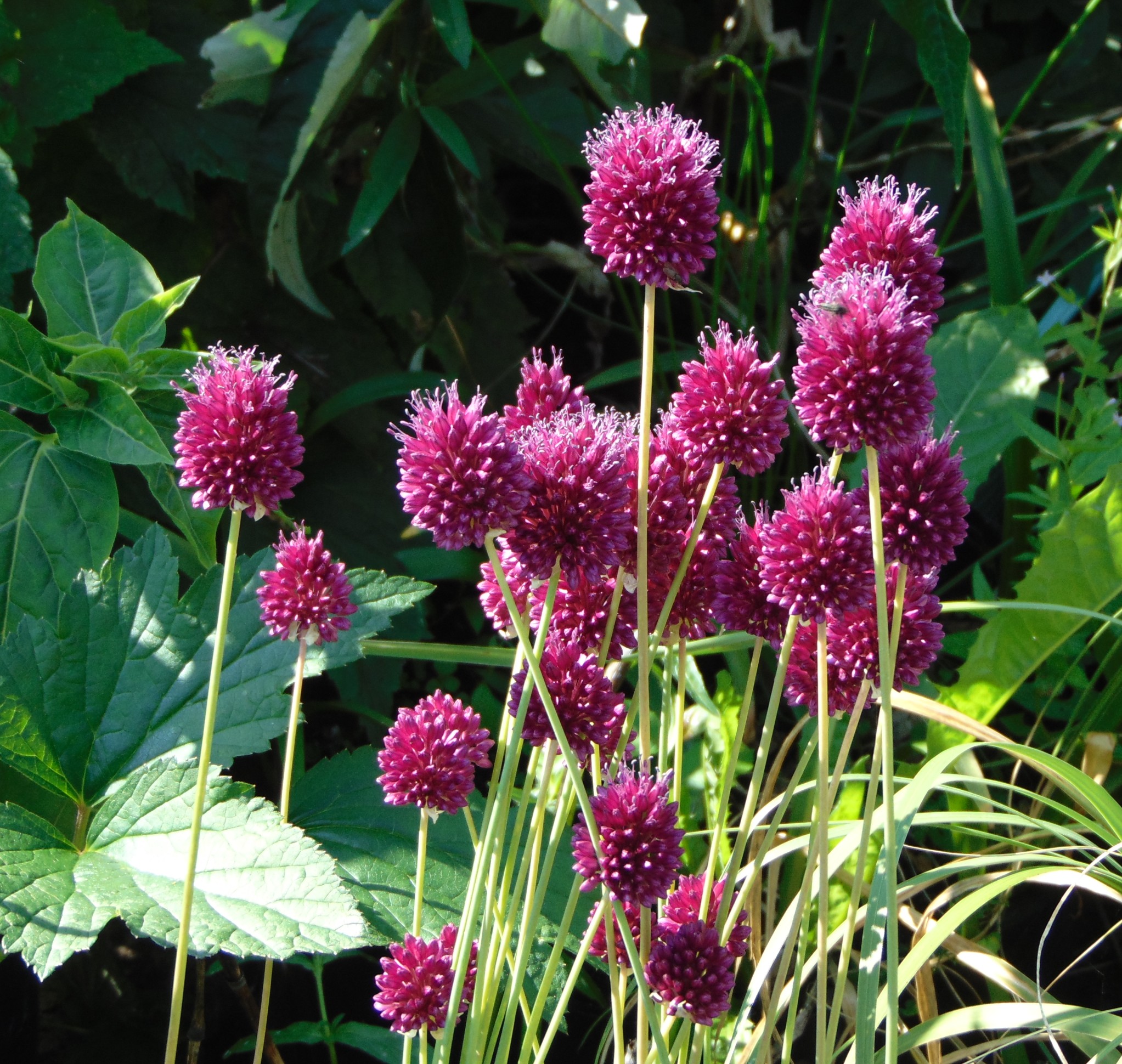 Everything that seeds is being thrown at the new bed. I’m watching these. 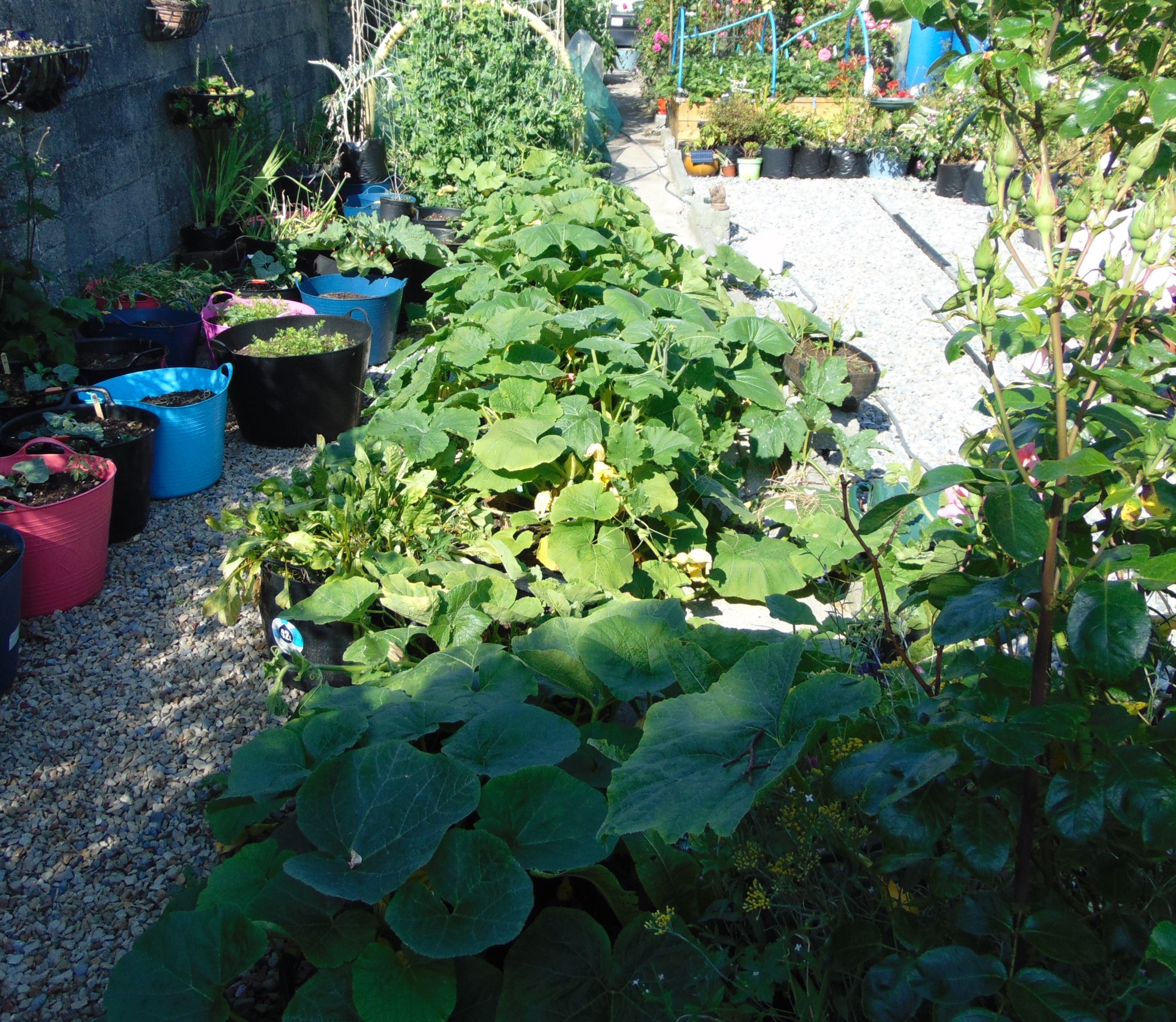 I may have a little hope for fruit setting now. Just a smidge. 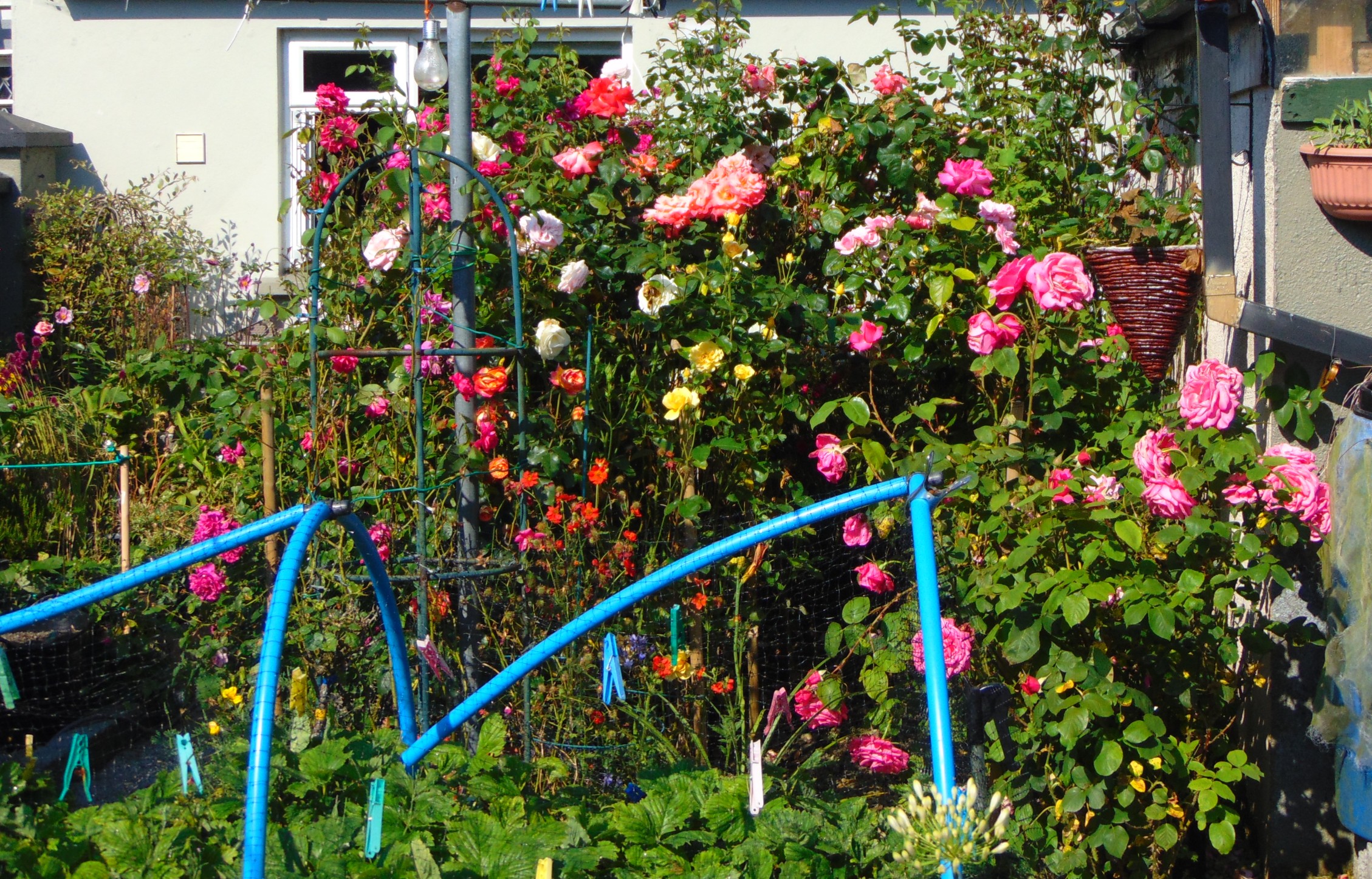 A new flush of roses is coming soon, not that it ever stops. 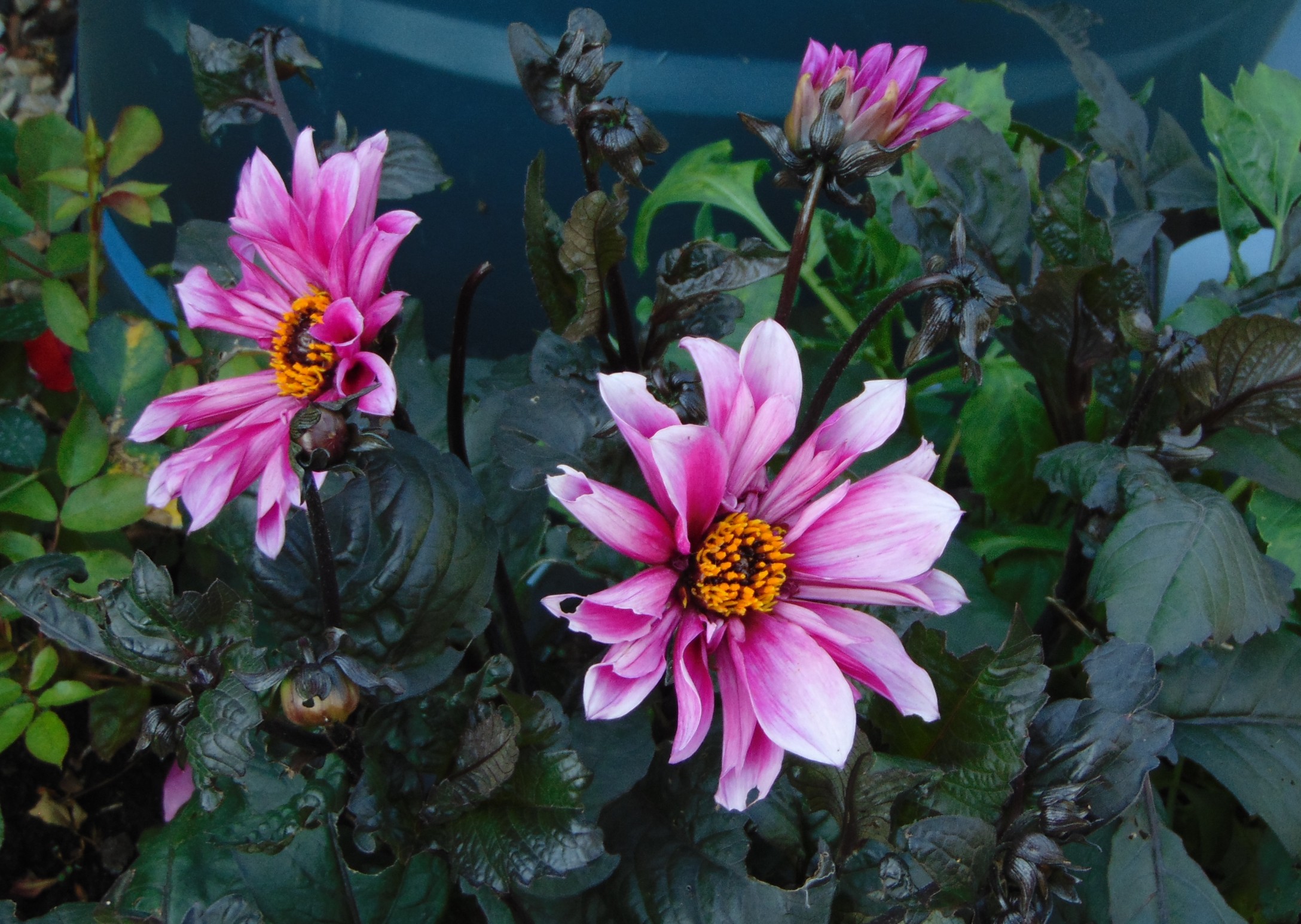 Beside the compost bins is starting to be the most attractive spot of the garden. 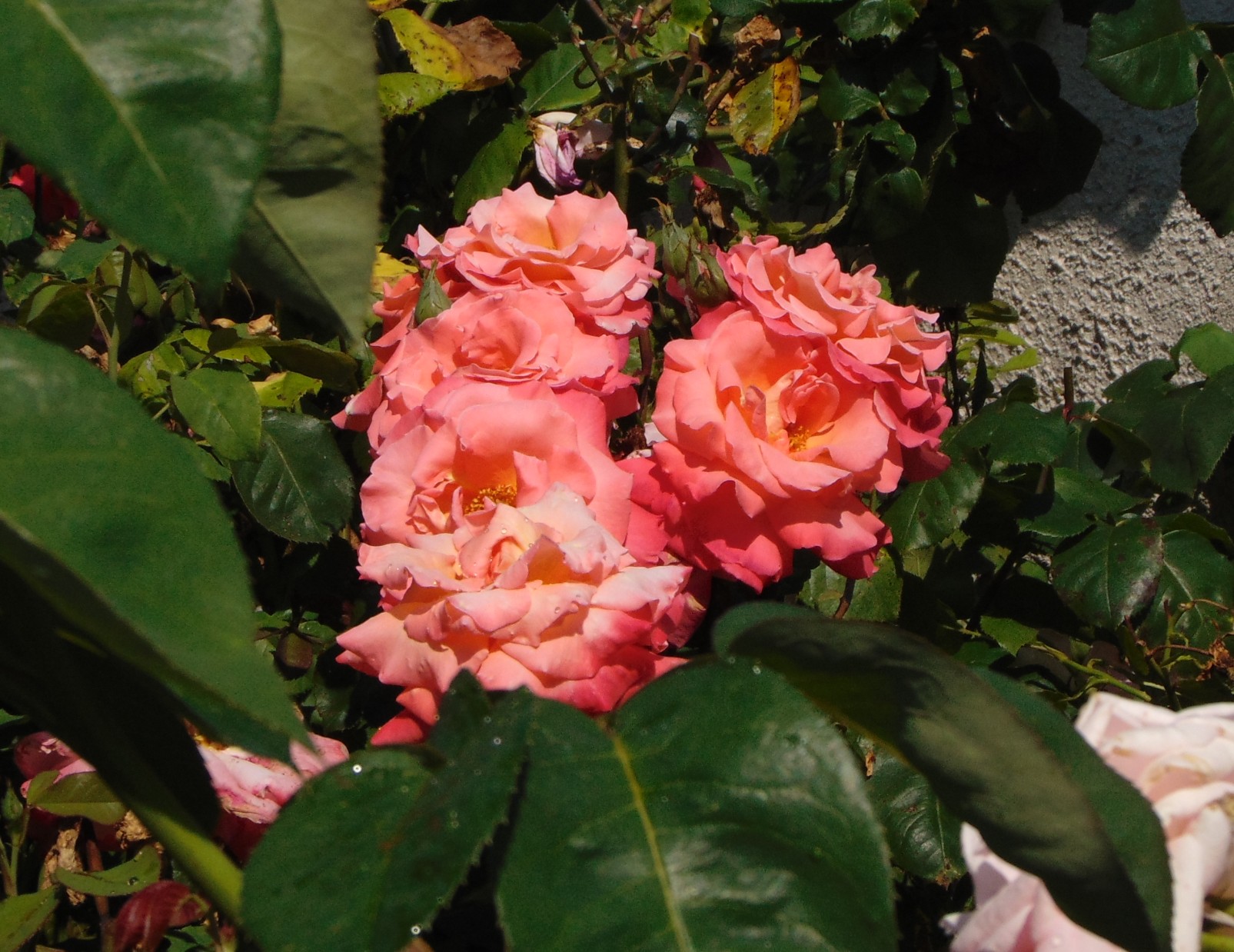 They’re fine with the heat.

Yo, Dear Reader, the heatwave is still with us, we have a few more days and then uncertainty, but likely much cooler. On one hand I like watching everything grow rapidly, but I also like not being baked nightly. I’m having an arthritis; flare up, I have spent too long now just saying I’m in pain, it’s freeing, Dear Reader, in my hips which I only recently realised that it causes a pain in my abdomen, or an echo of pain, hard to describe. It causes my knee to swell, my back to hurt and my joints to ache, which is also a lot of shared symptoms with my many other health issues. Anyone dealing with multiple disabilities, intolerances and illness knows this struggle, but I think too many of us have internalised the idea that silence has any value, that resilience is keeping others from feeling in any way inconvenienced, any guess where that idea comes from? It certainty isn’t from you or I, Dear Reader, so I speak up, I refuse to push when I can’t. I usually work through pain, partly a bad habit, but also genuinely something I have found beneficial, but only if I take it slower than usual. This leads to nightmares and a bad night’s sleep, so being a little tired from a day out helps a little. It’ll pass and isn’t that frequent thankfully, I mention it because why not? and also that someone else might see it and find a resonance and maybe a little more understanding of their own personal struggles. I know people sharing online has been one of the best resources I’ve found. 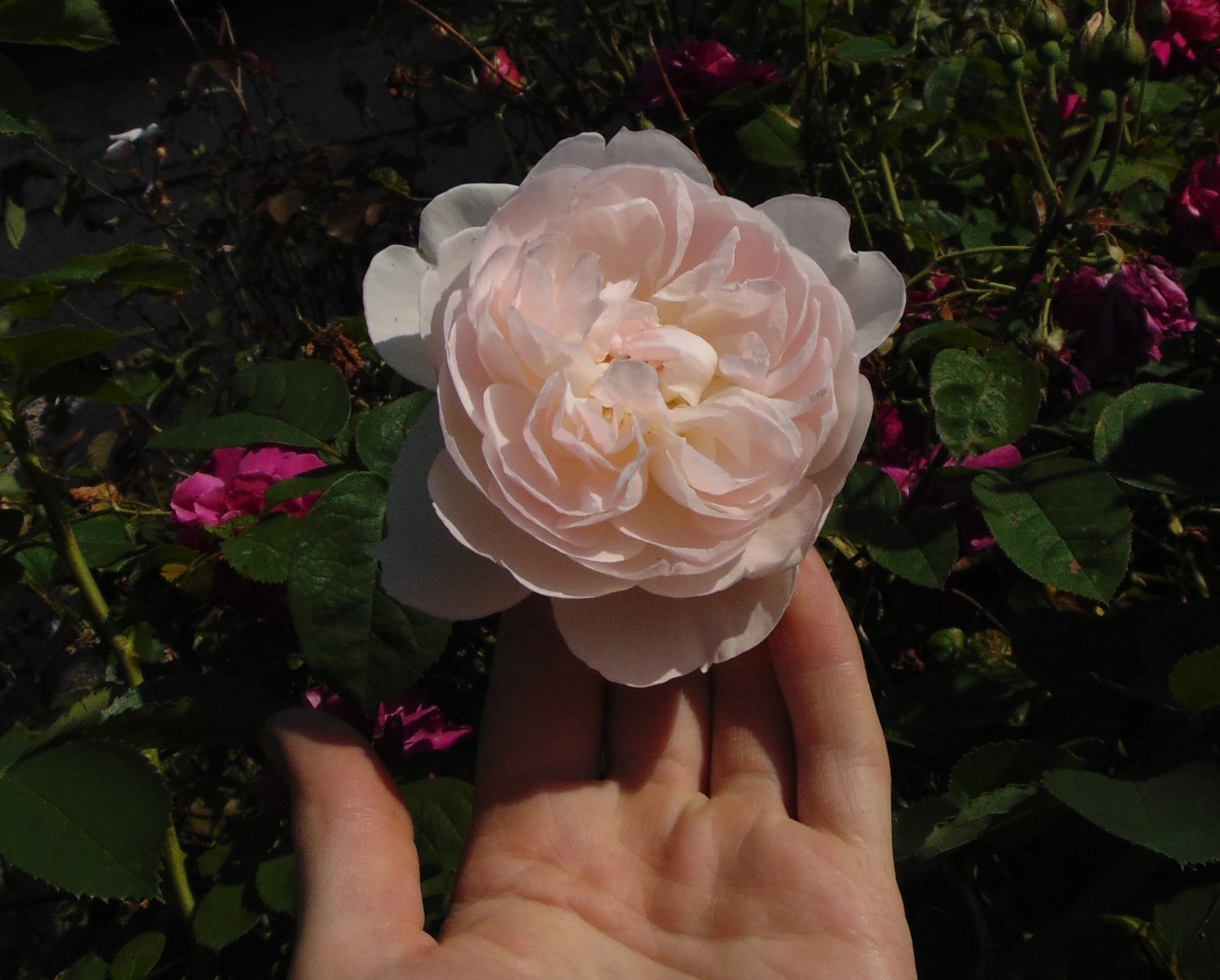 Long forgotten the variety, but it is beautiful. 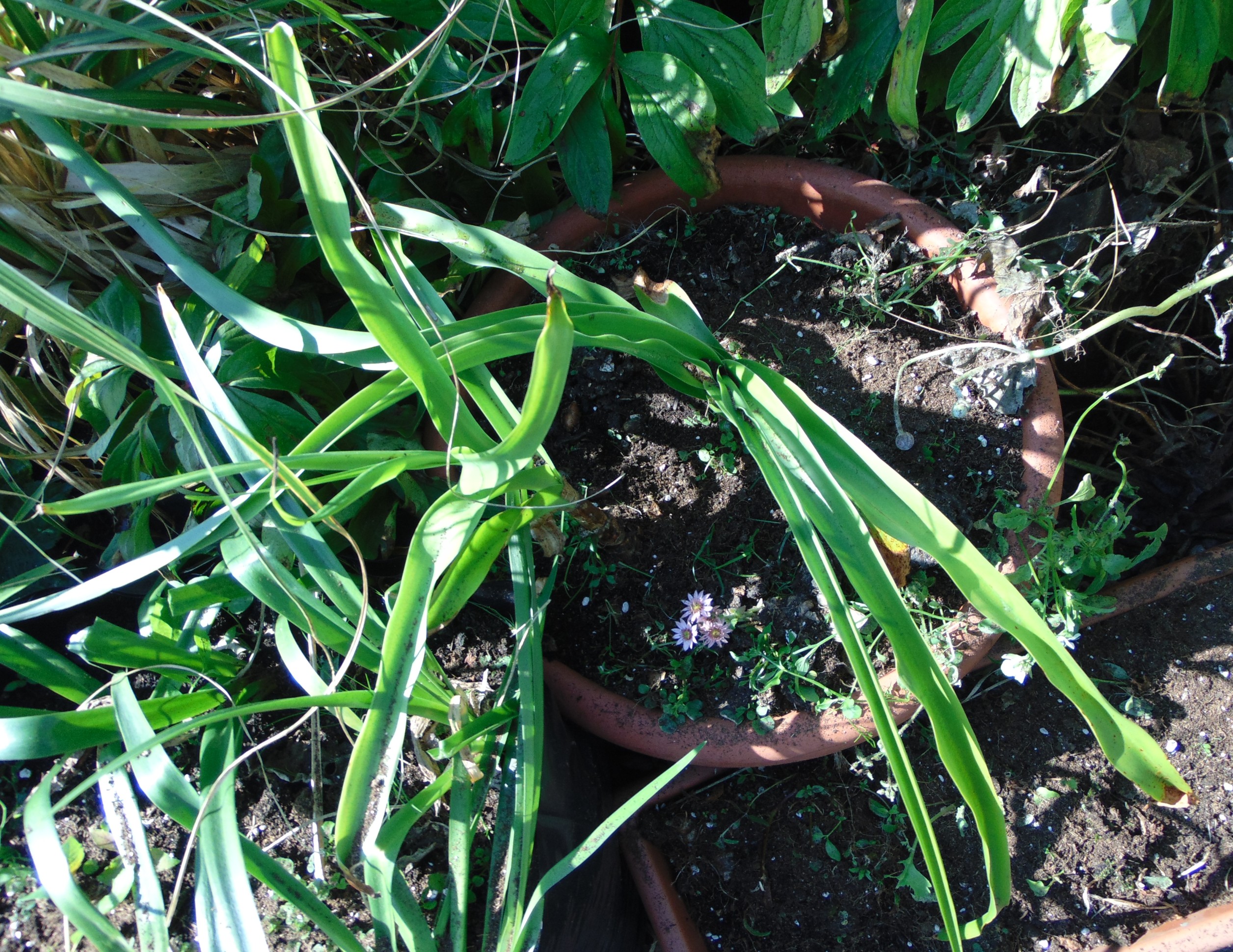 A lot of Summer plants are just way too slow, the swamp lilies are sluggish still. 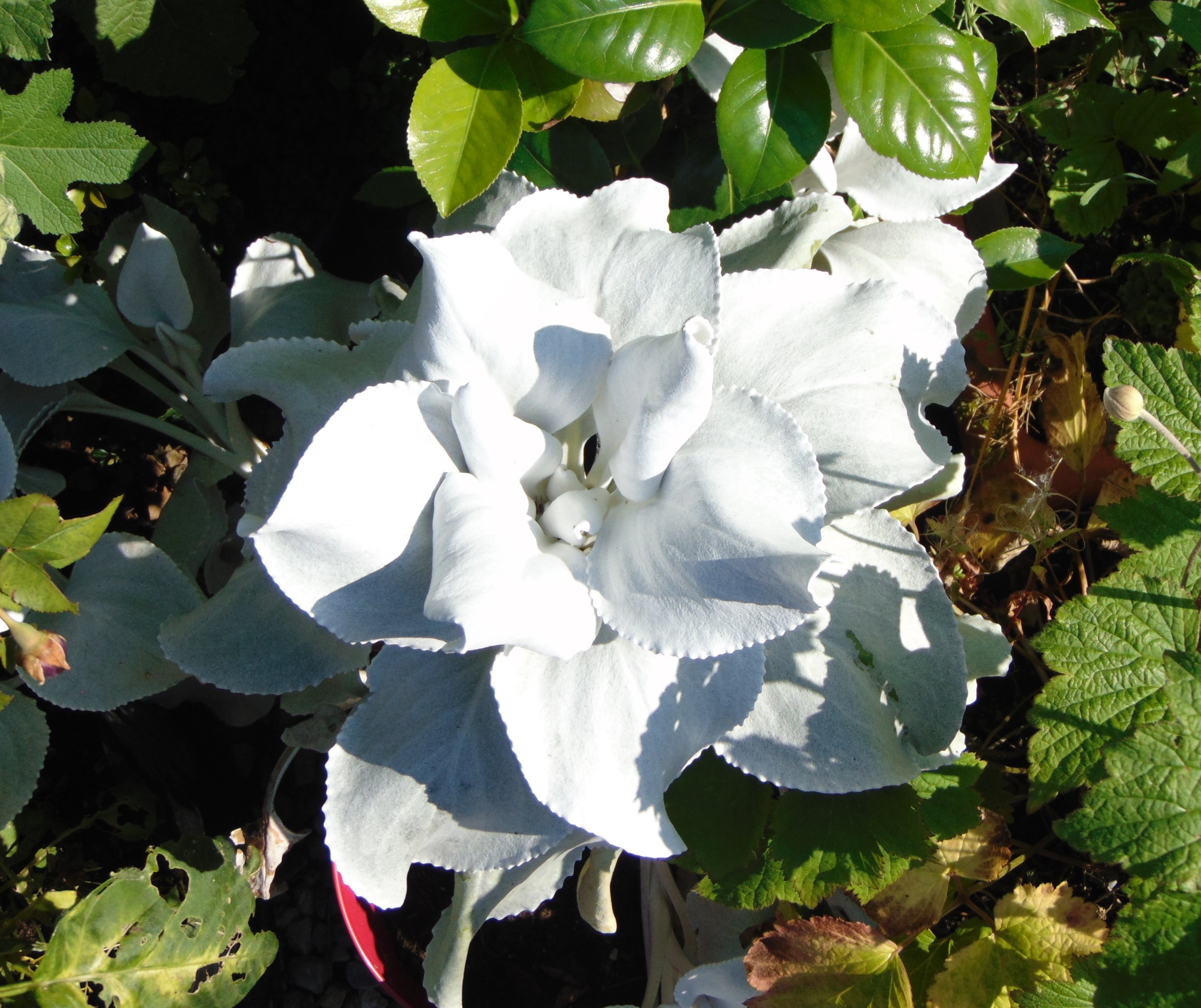 A bit broke off and has been replanted. This has brought so much joy. 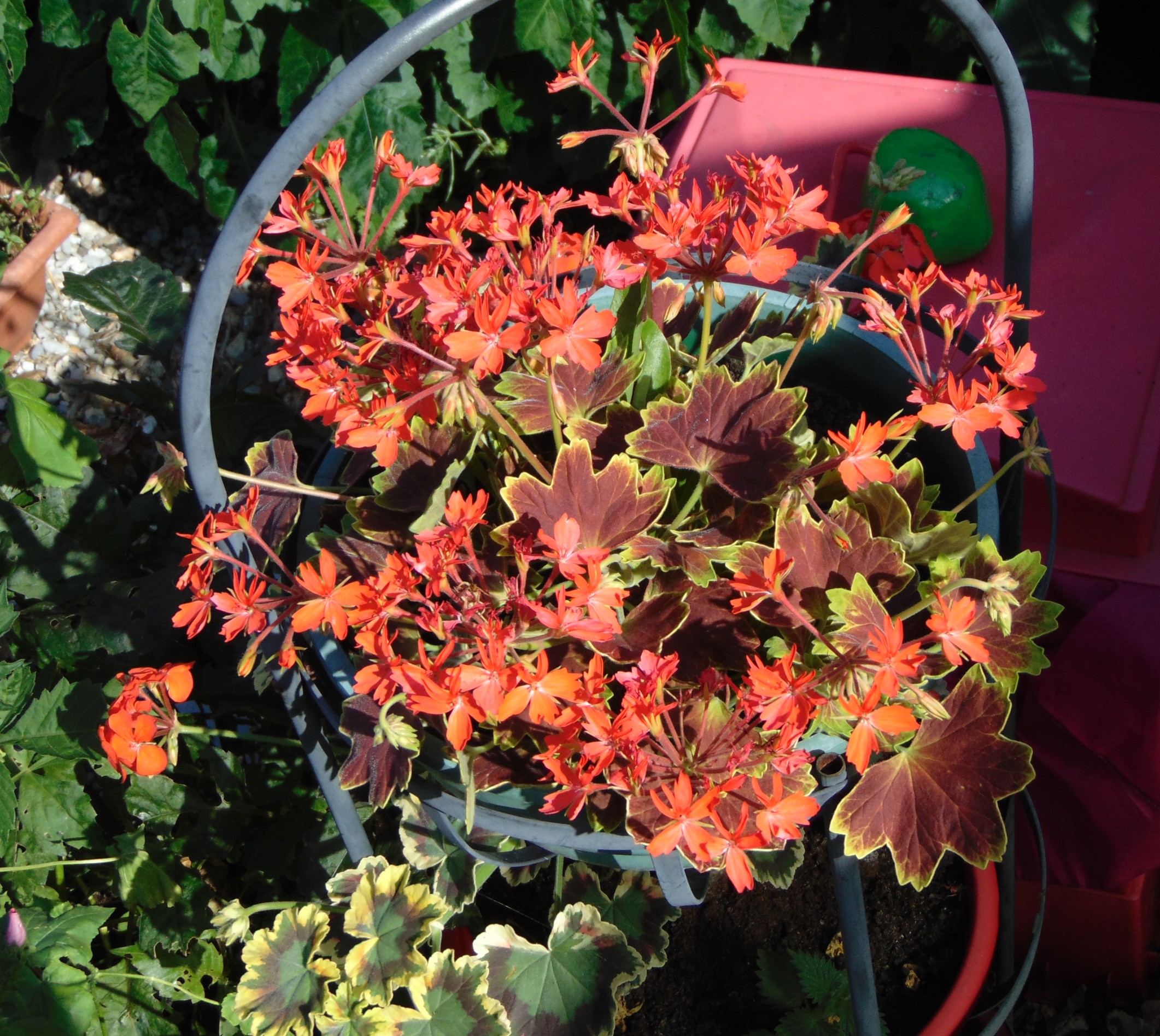 Beside the wormery is no slouch either. 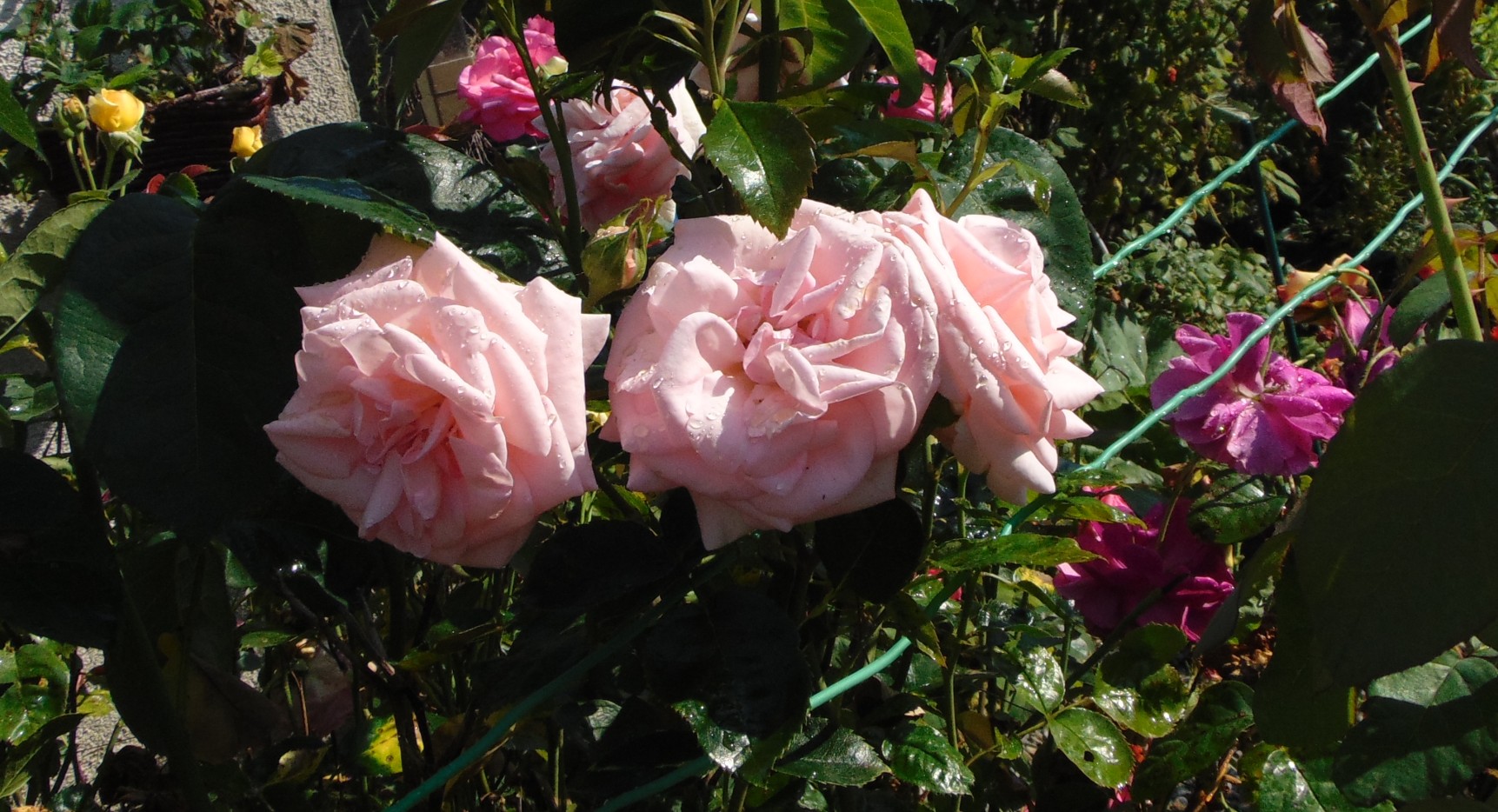 So, so many roses. Wonderful. 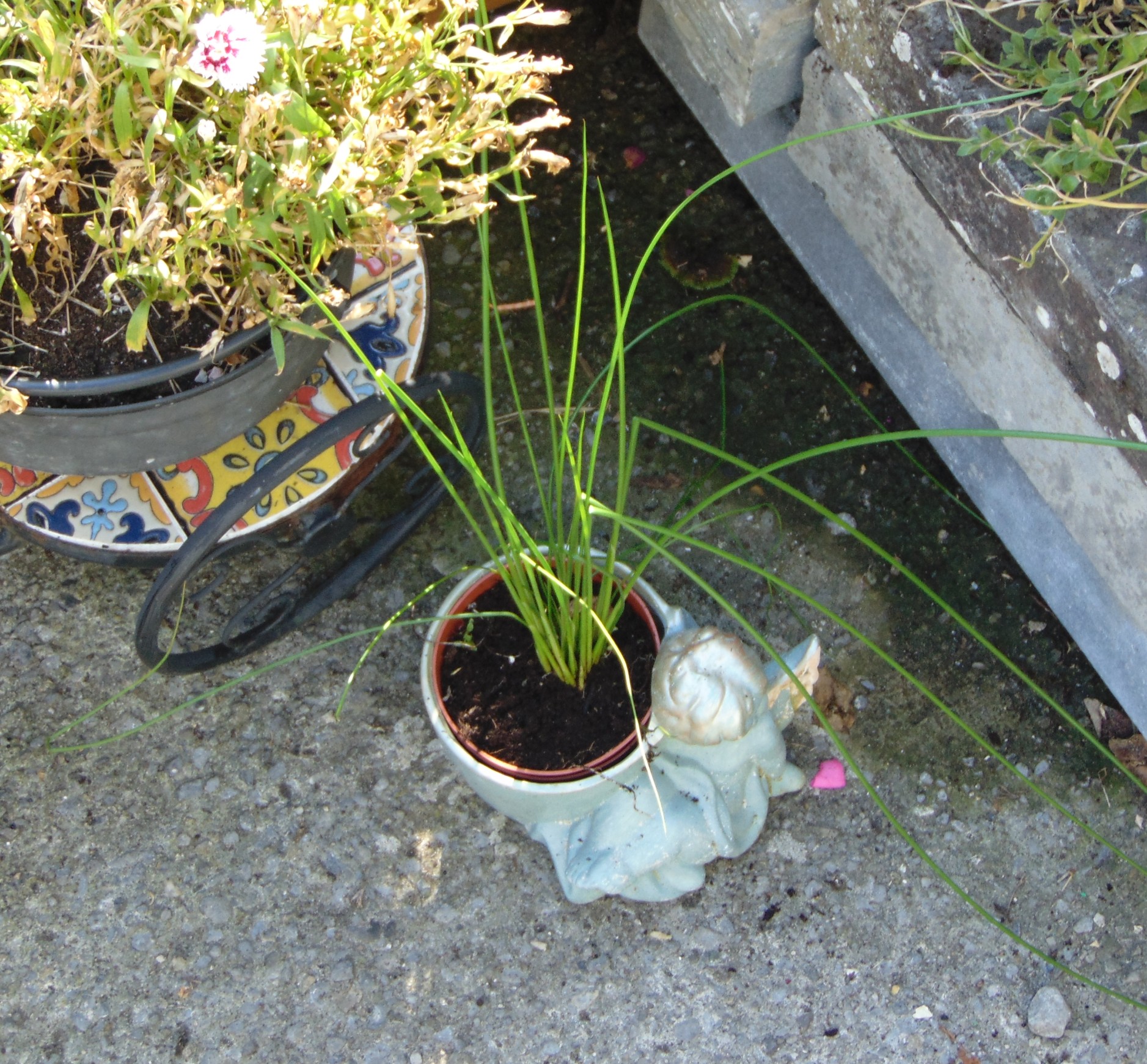 I might’ve found another Soft Rush.

So, you must be thinking that I’ve run out of jobs and well, you aren’t far off, I’m currently checking pots, some have been cleaned up, others haven’t and have died back after years, others are just packed full of bulbs. I’m trying to mark them in some way, mostly by what I roughly think is in there, just so I know what has been cleaned out, though now weeded completely they do stand out. Buying bulk cheap bulbs is the best way and now the bees seem to be coming back a garden of flowers and squash needing pollination are a powerful combination. I’ve always tried to keep the garden in bloom as much as possible, mostly for squash at first, over time I’ve obviously enjoyed it solely for how beautiful it is, but also in gratitude for all the life making it tick along so well. It’ll always be changed with the idea of doing more and the more always being something that’ll benefit nature and the wildlife therein, be it the thrush eating some berries, eat the whole thing!, or the bees going from flower to flower in some inscrutable pattern, even the worms and the soil bacteria are considered. It’s a lot, Dear Reader, but I really do love it, I’ve found something I was missing my whole life. If I’d found it sooner it may have altered my life drastically, but maybe not, I try not to dwell on the what ifs. Try being the operative word. For now I’ll push on, going at my own pace, looking at my now extremely freckled hands, thanks sun, and try to squeeze the most out of these remaining hot days. Until later, Dear Reader, stay safe and take care. 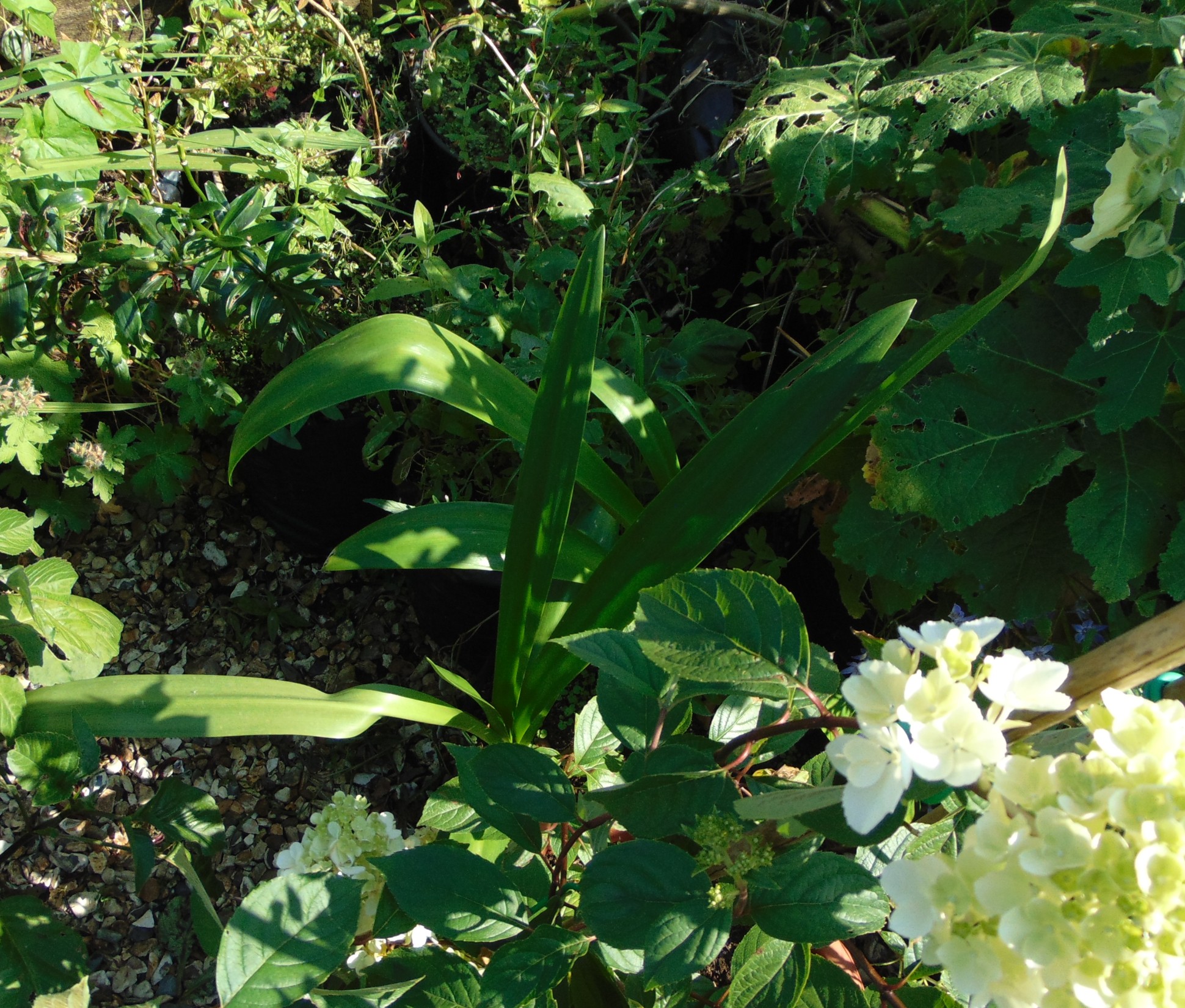 Nerines I think, haven’t seen them flower in a year or two. 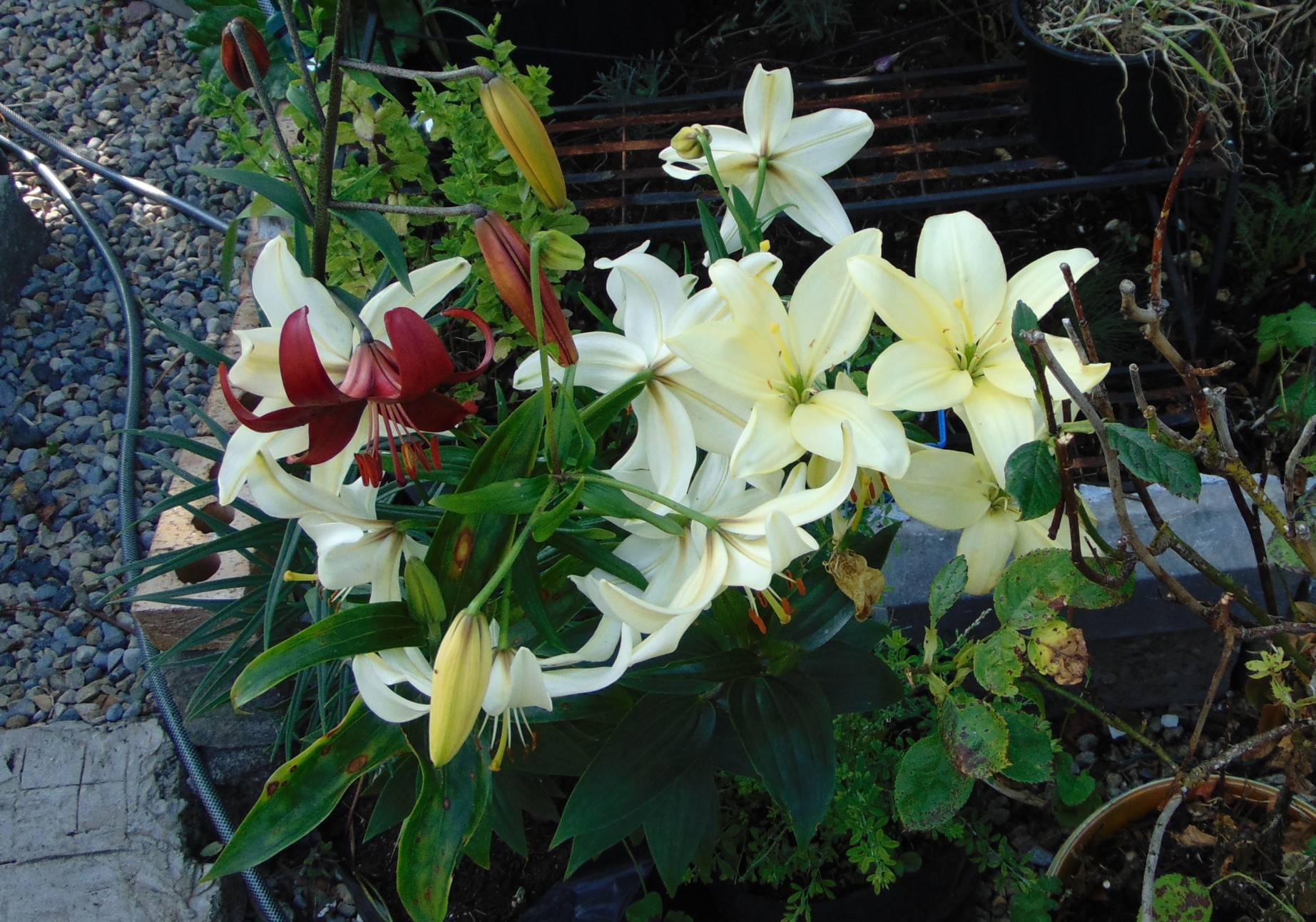 I’d swear there are way more there than there should possibly be. 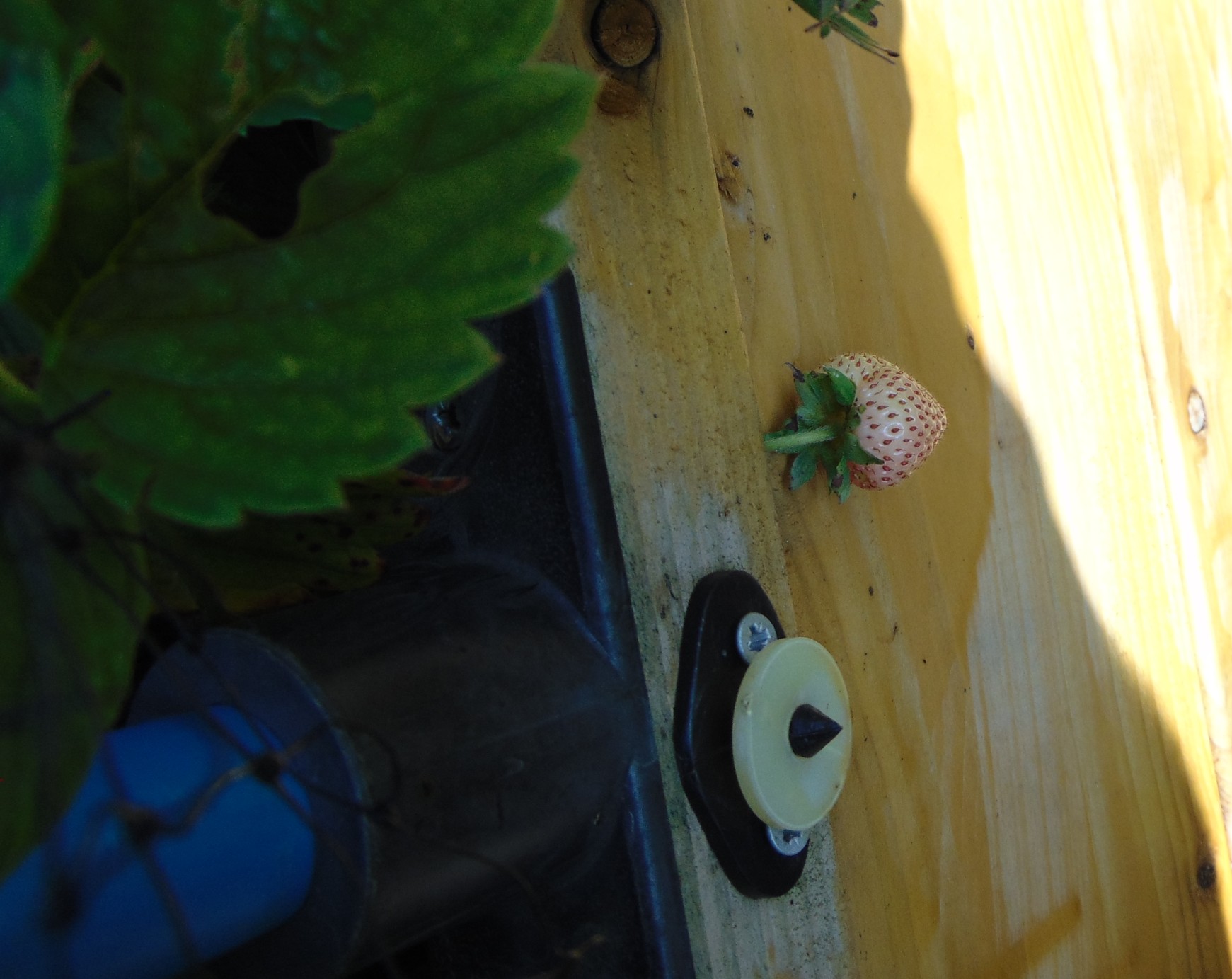 A gentle reminder to keep an eye out for the slower strawberries. 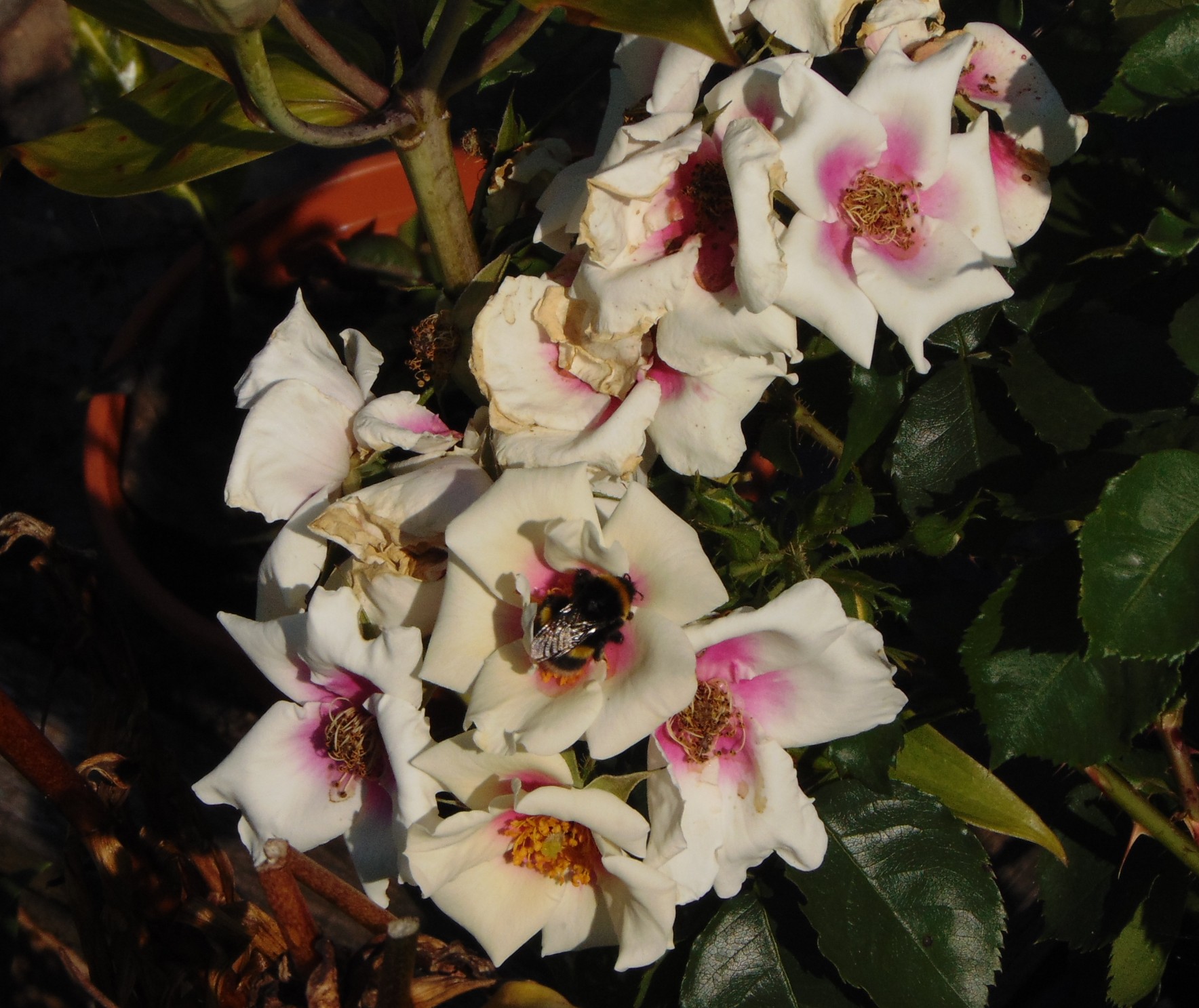