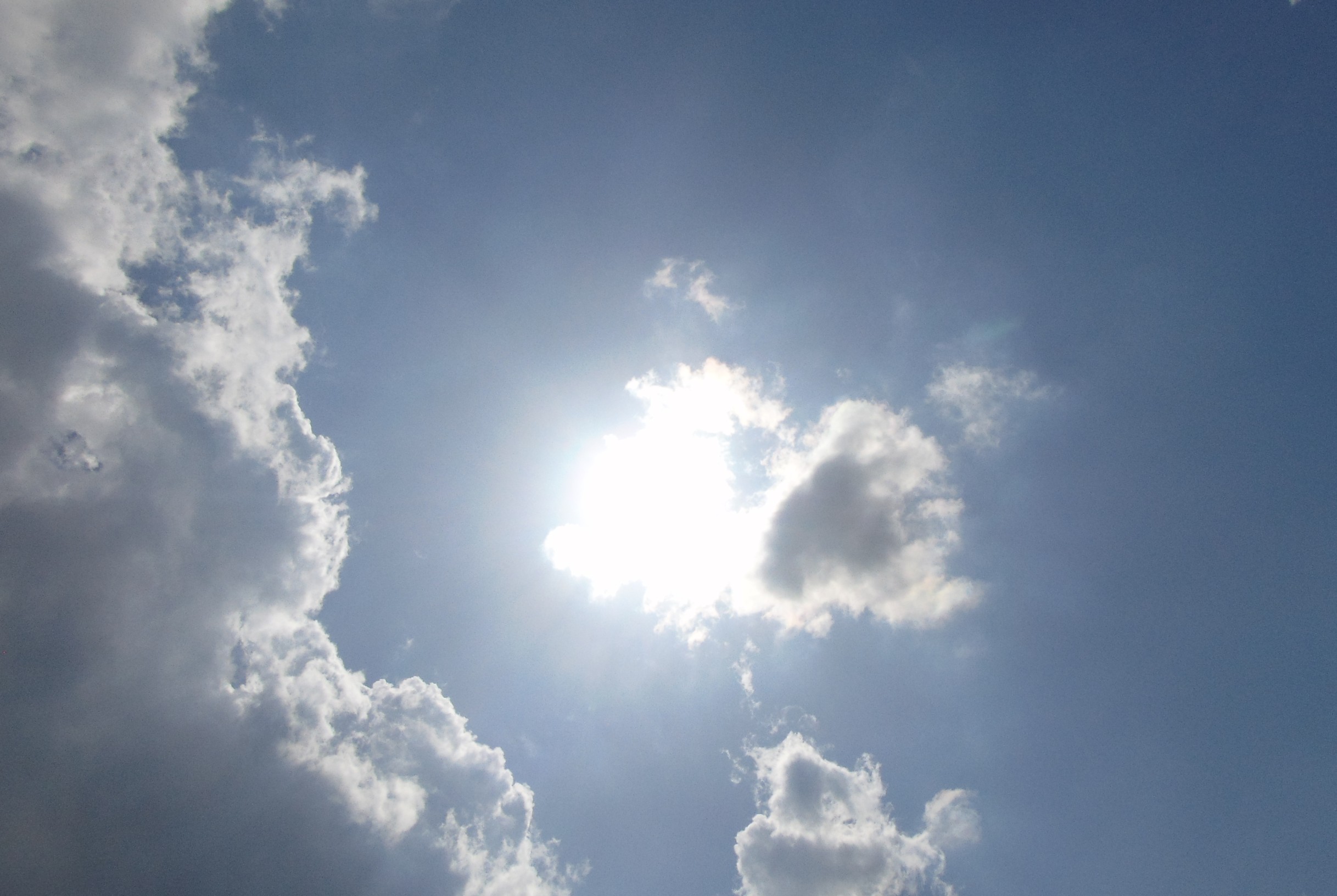 We’re baked until Friday, knowing our luck it’ll be back to dry and overcast. 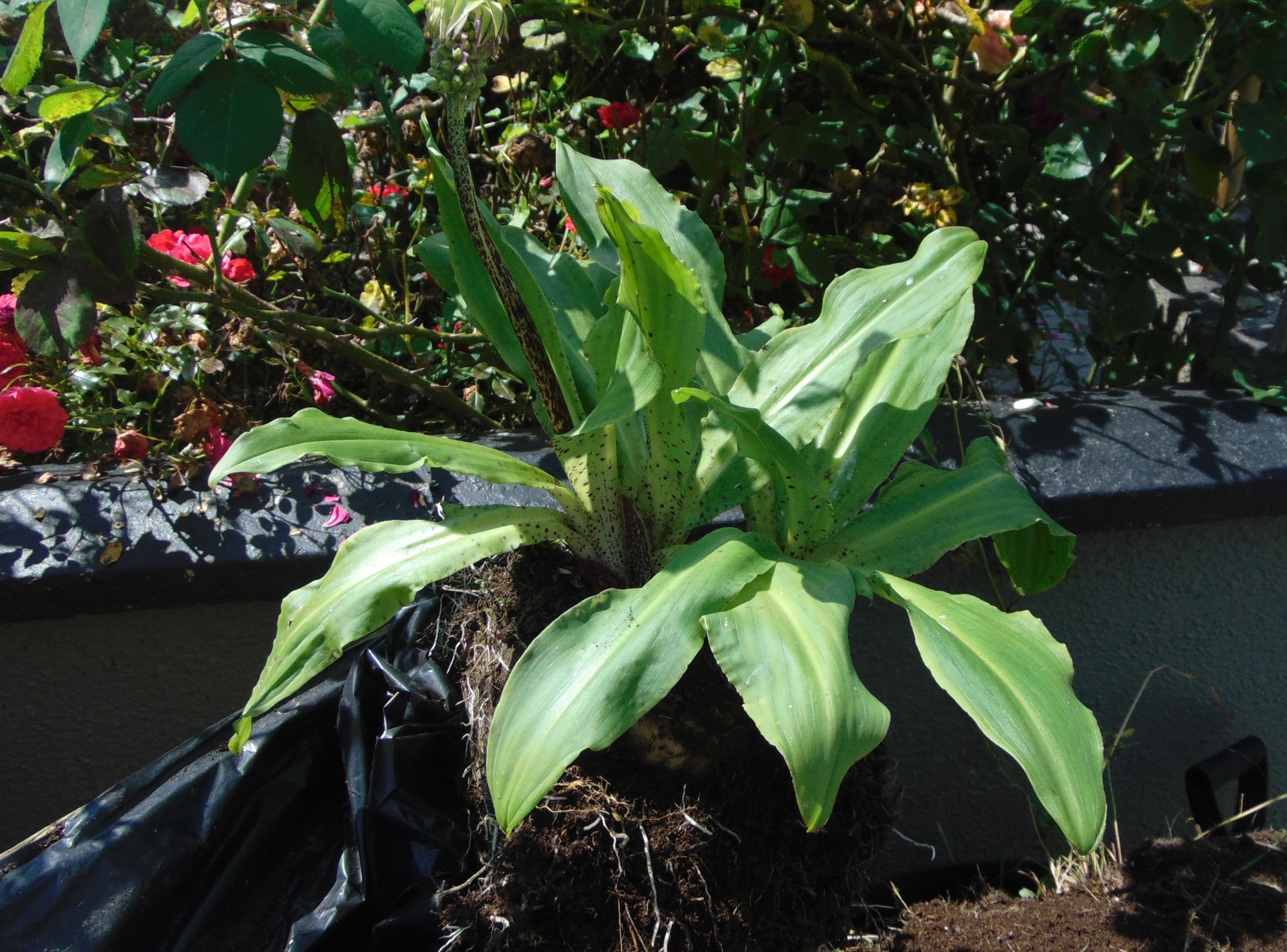 One of two Pineapple lilies, the other might be lost, but this one has thrived just jammed under a tree. 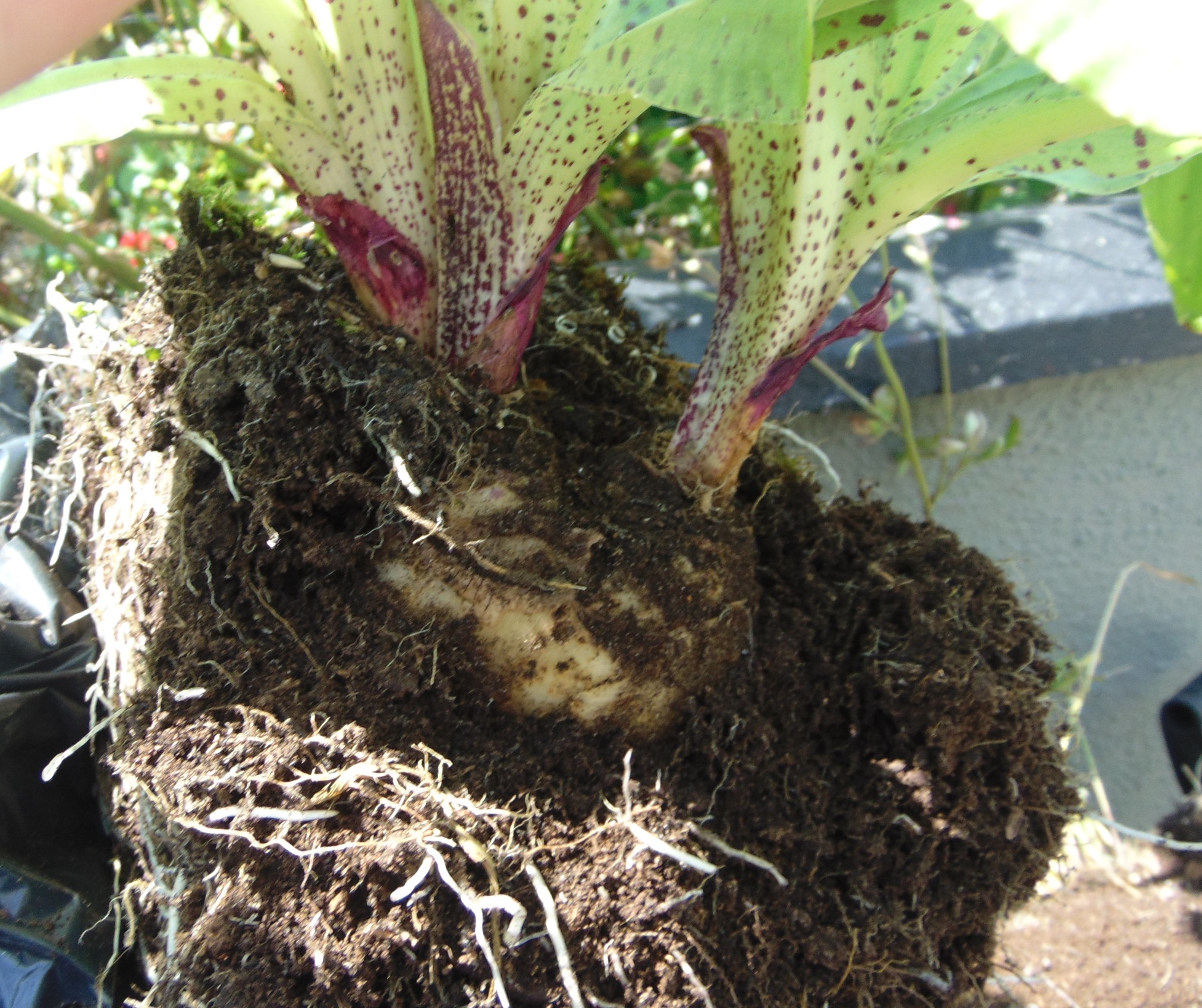 I mean look at that, I had to get the camera it was so strong. 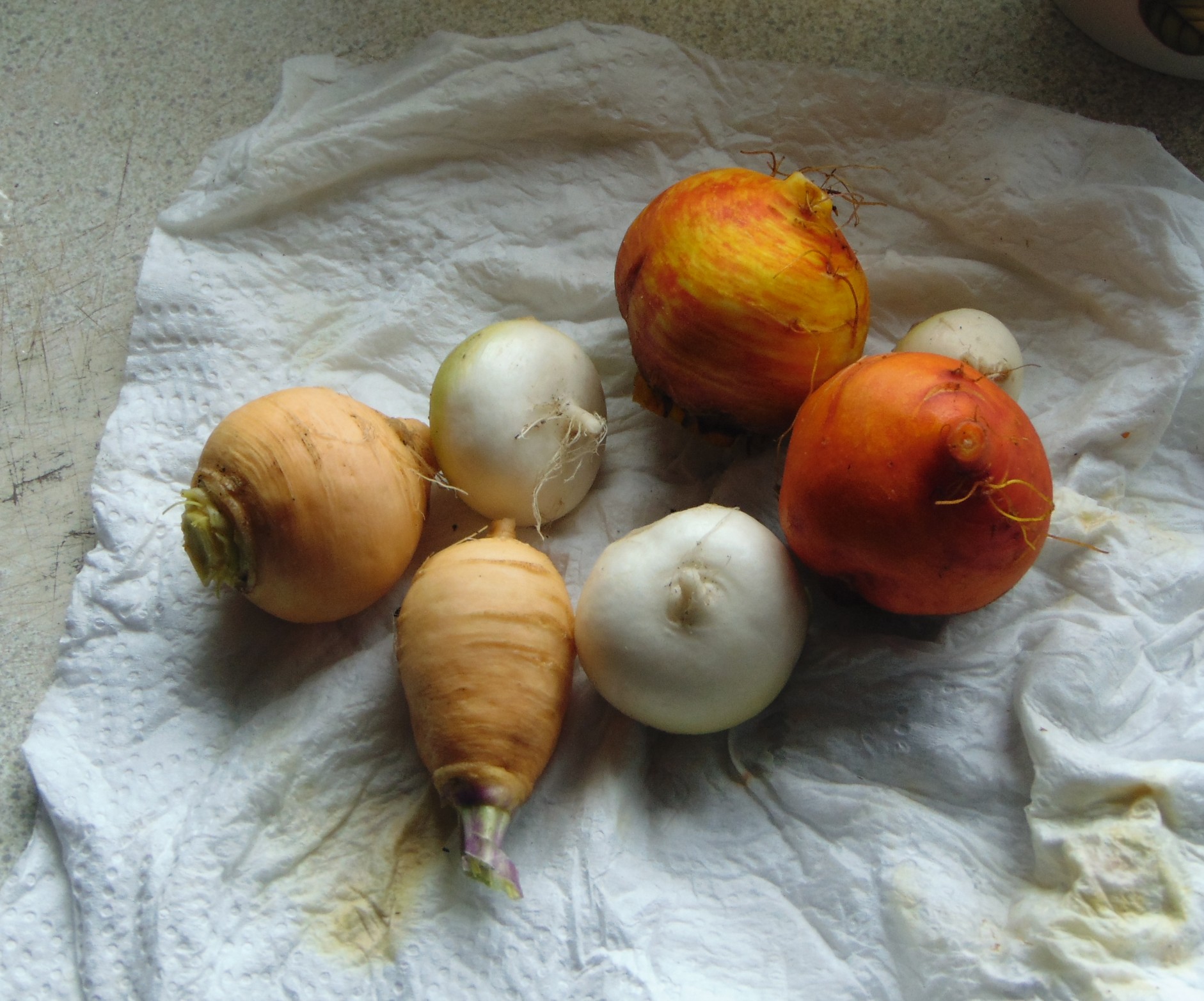 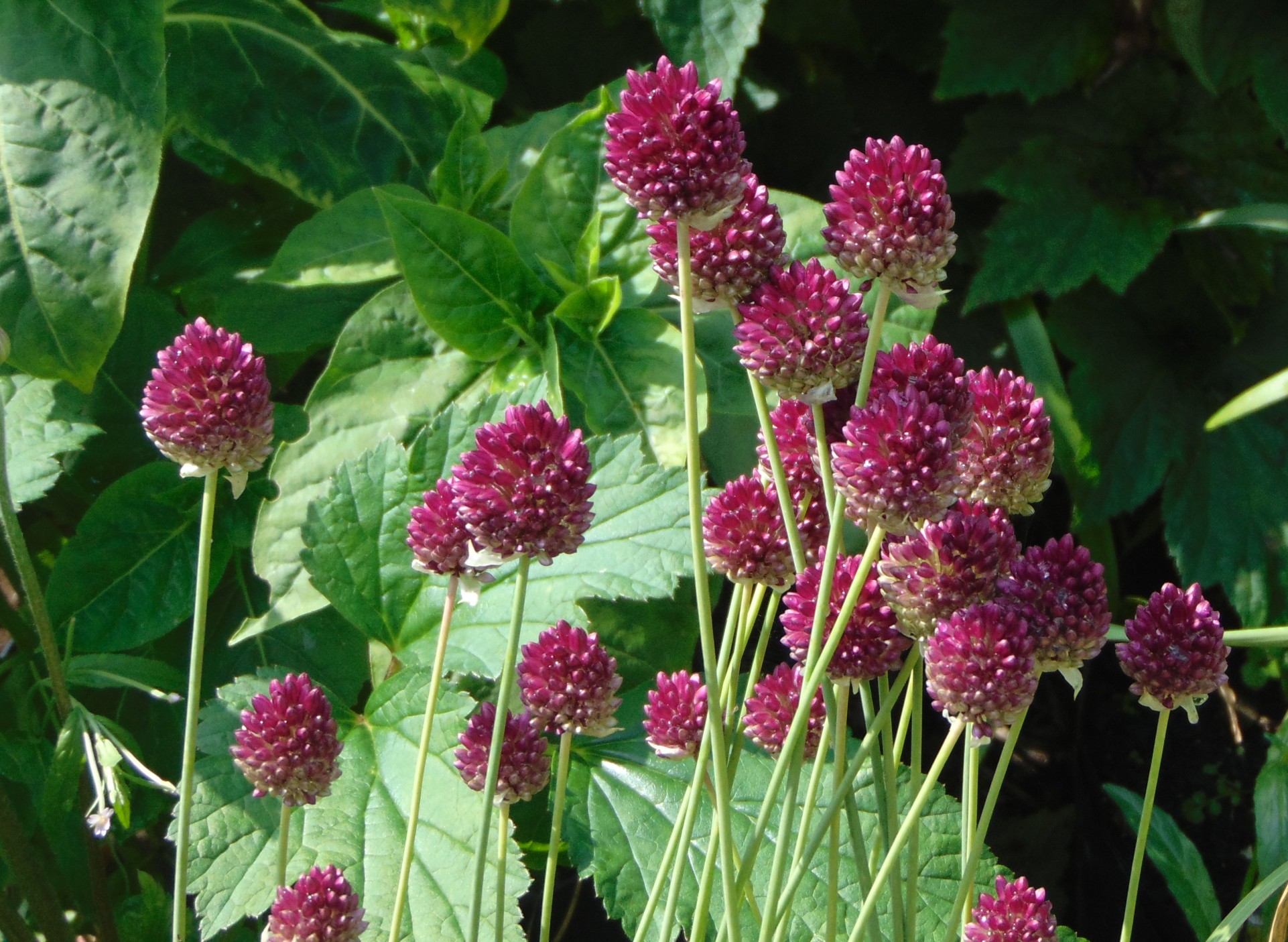 The Round Headed Garlic is a striking note among all the greenery. 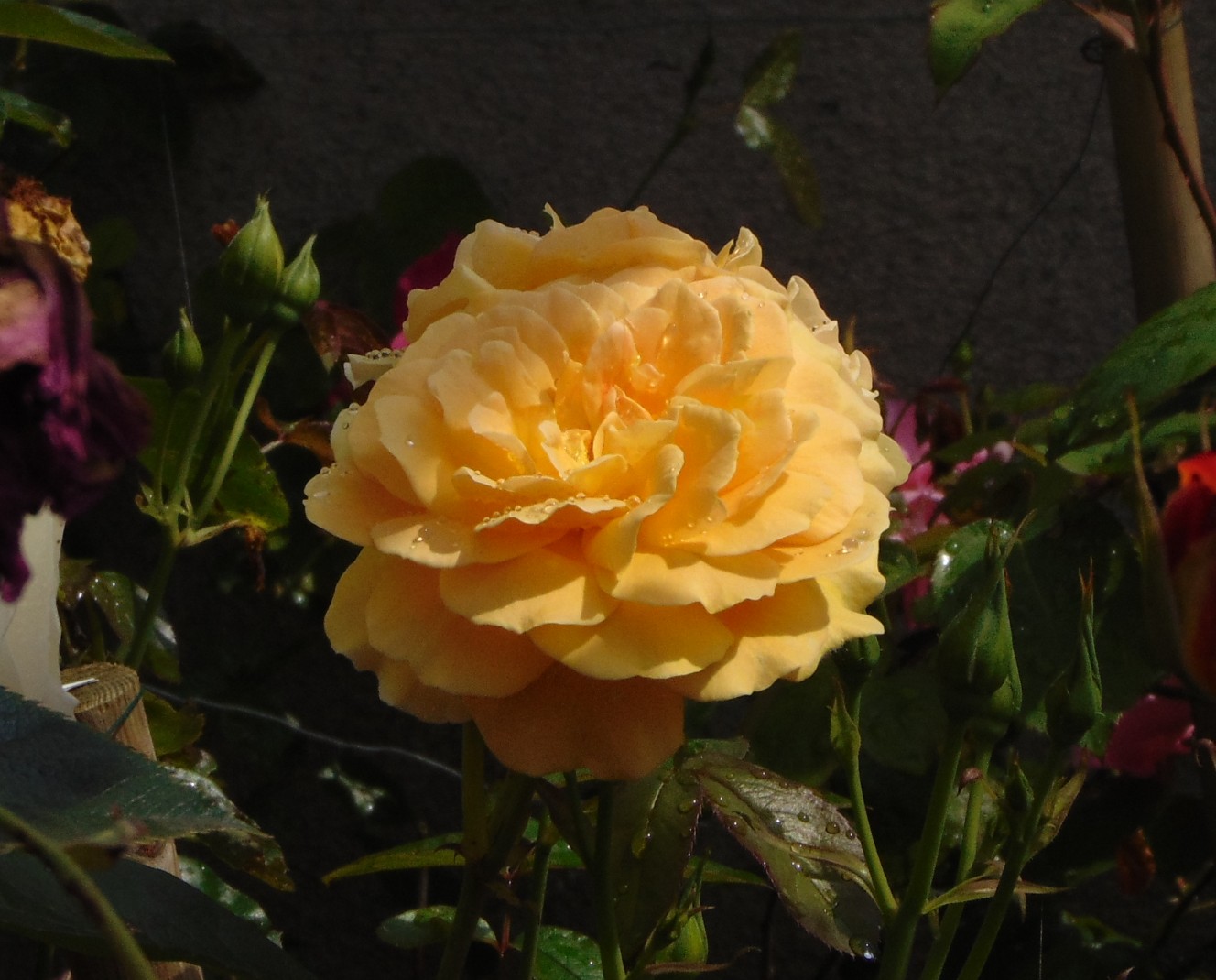 They’re dealing with the heat well.

Yo, Dear Reader, the garden is growing frantically so lots and lots of photos, the posts help me forget the heat too, a little, so everyone wins. I’ve been in the greenhouse late because I went in to water earlier and hit a wall of heat that I couldn’t quite see through, could hardly walk through. There are tomatoes despite me leaving them to so whatever, I’ve also seen that the basil started near the hotter weather has grown better than the earlier ones started in cooler weather, so likely they get a bad start they don’t do so well, but I know from experience that they also don’t fare well if it gets cool if they’ve started in heat. We do not have the weather for reliable basil harvests, I’m just going to take whatever I can as it pops up. I’d like to make a chutney, but I’d like to use as much from the garden as possible, partly just because it’d be an interesting experience and partly because I’m cheap. There’s a balance in me, Dear Reader, I hate to waste or spend too much, but there’s a curious side that’d happily make a sugarsnap jam just to see what colour it’d be. I wouldn’t…really! 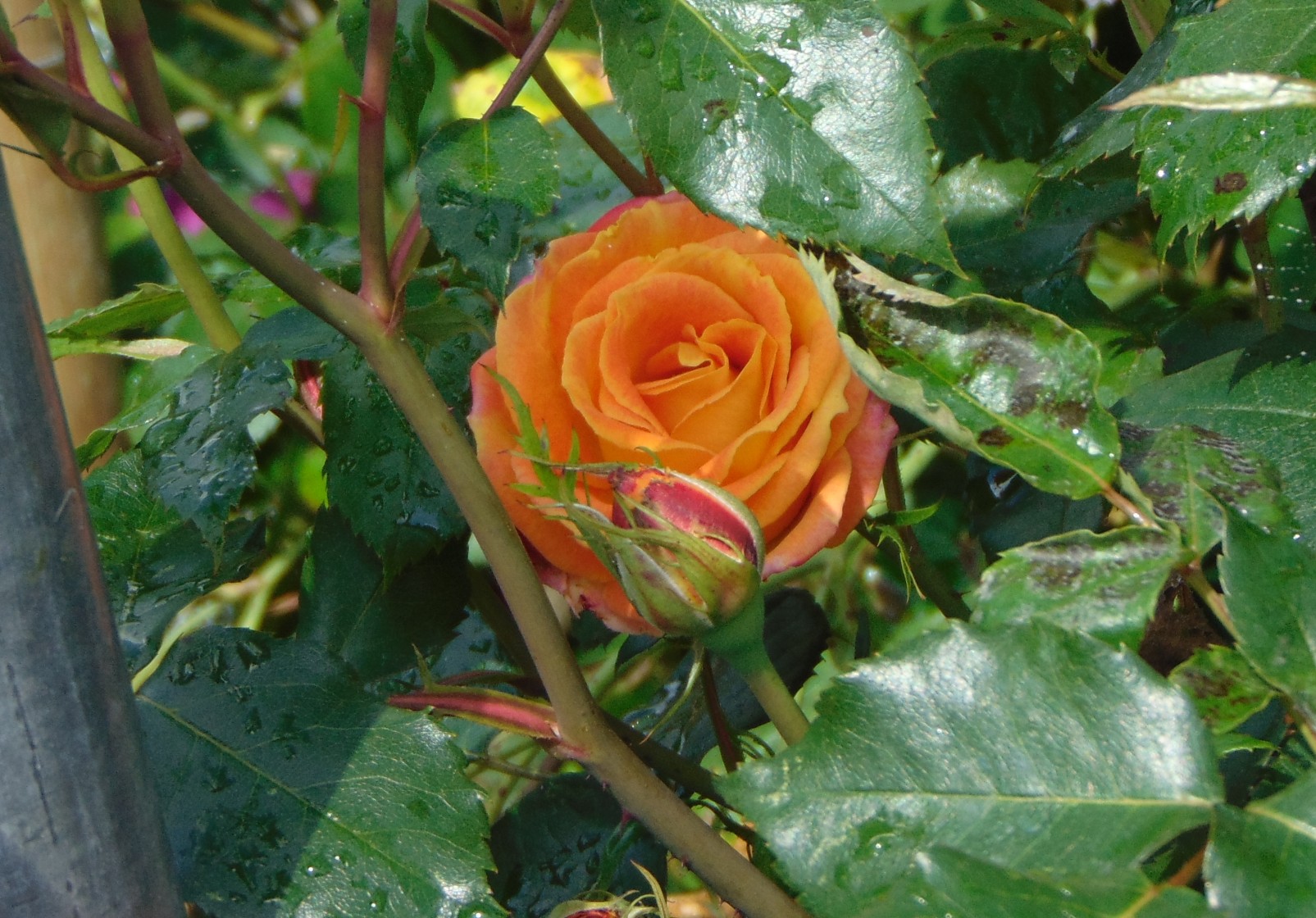 I’ll find a new colour I want in time. 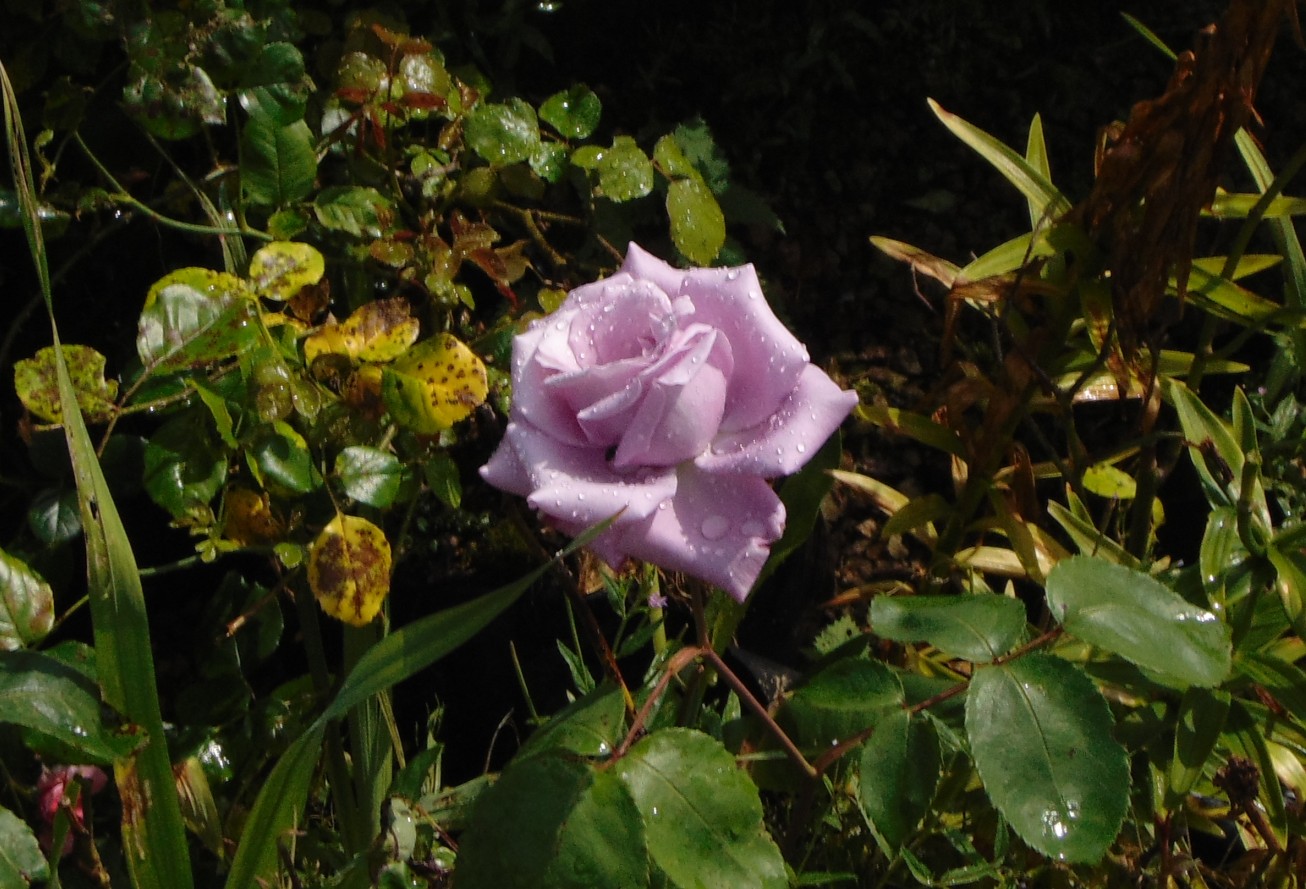 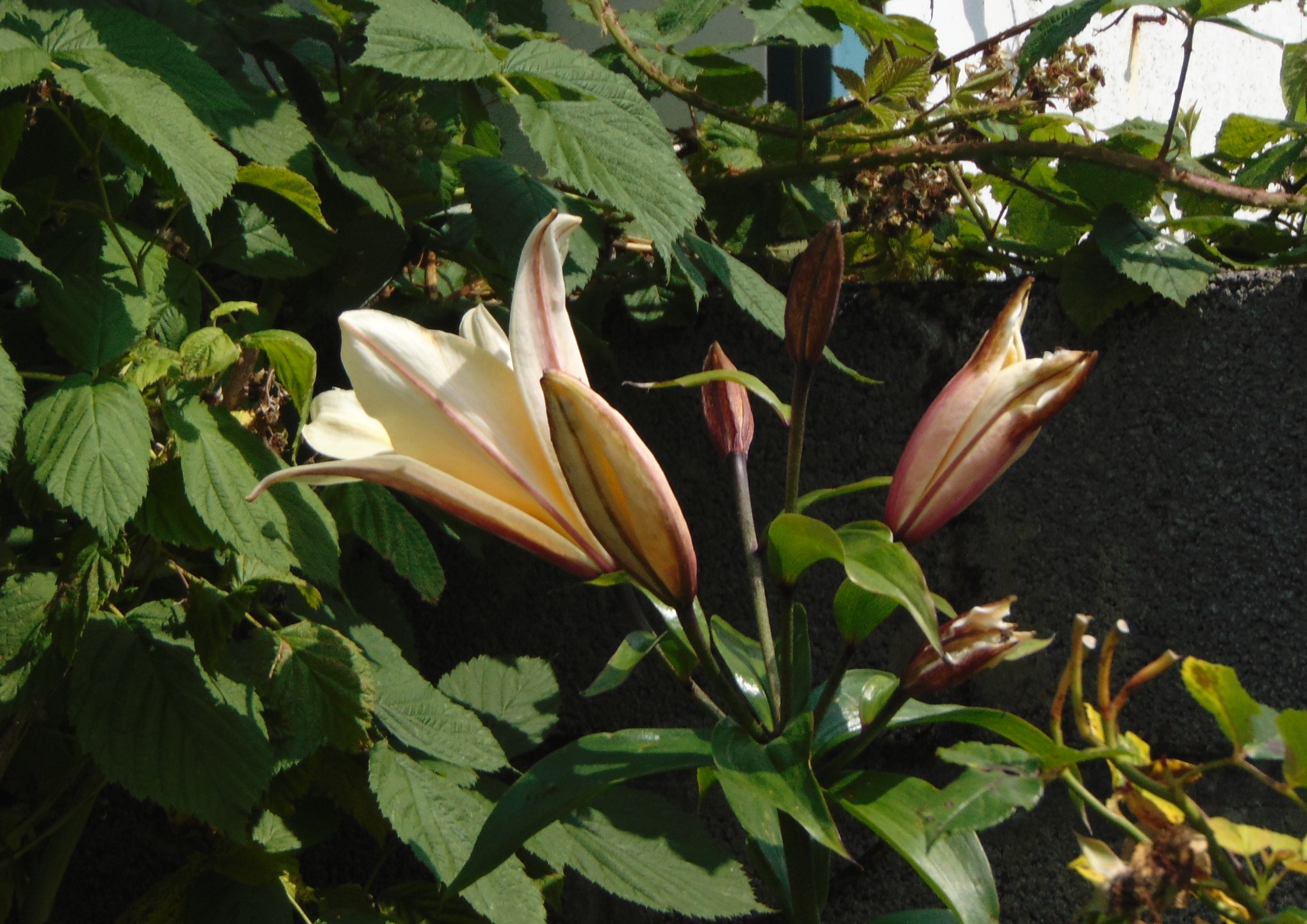 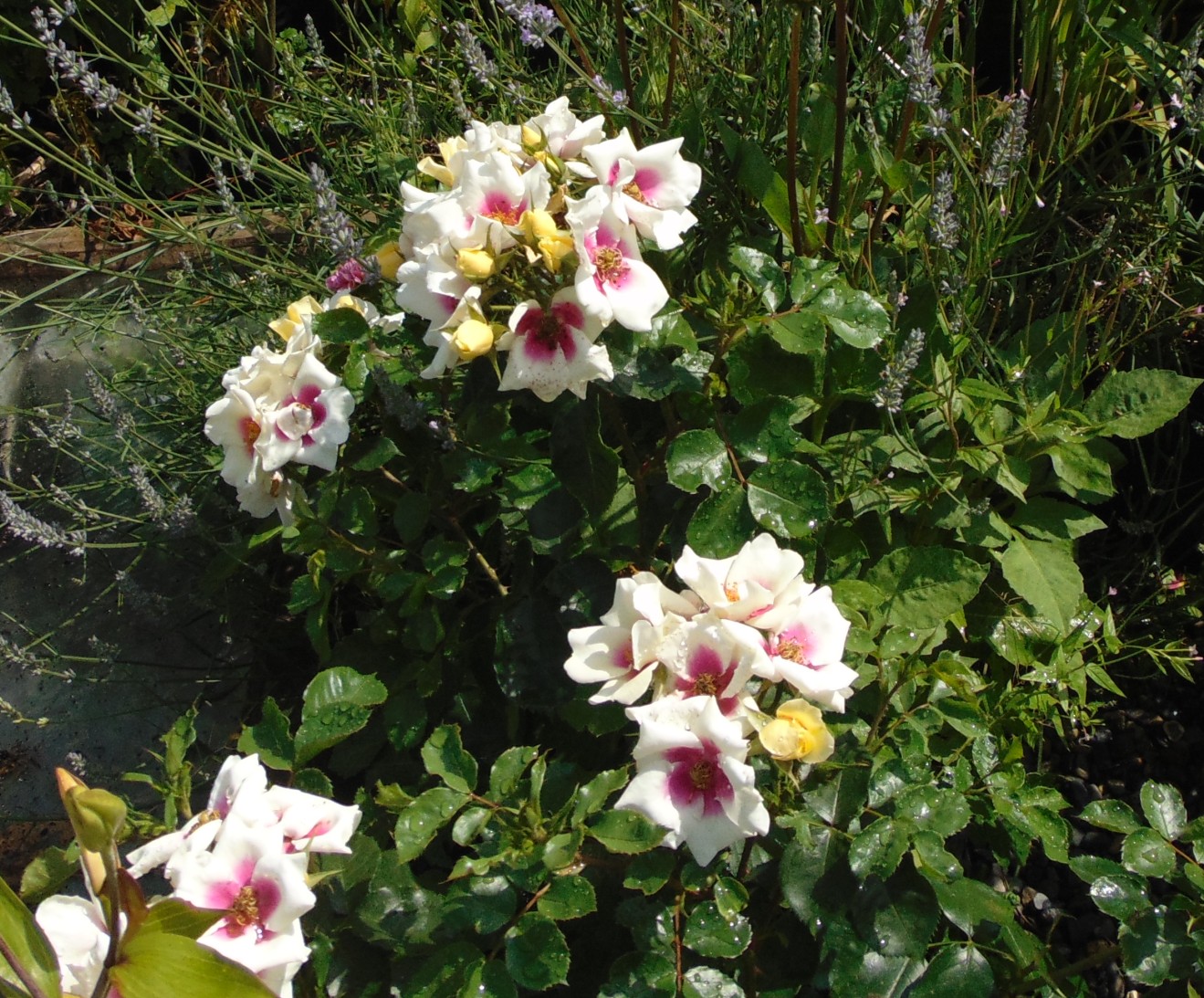 These are a really unusual rose, they’re like a huge primrose more than a traditional rose. 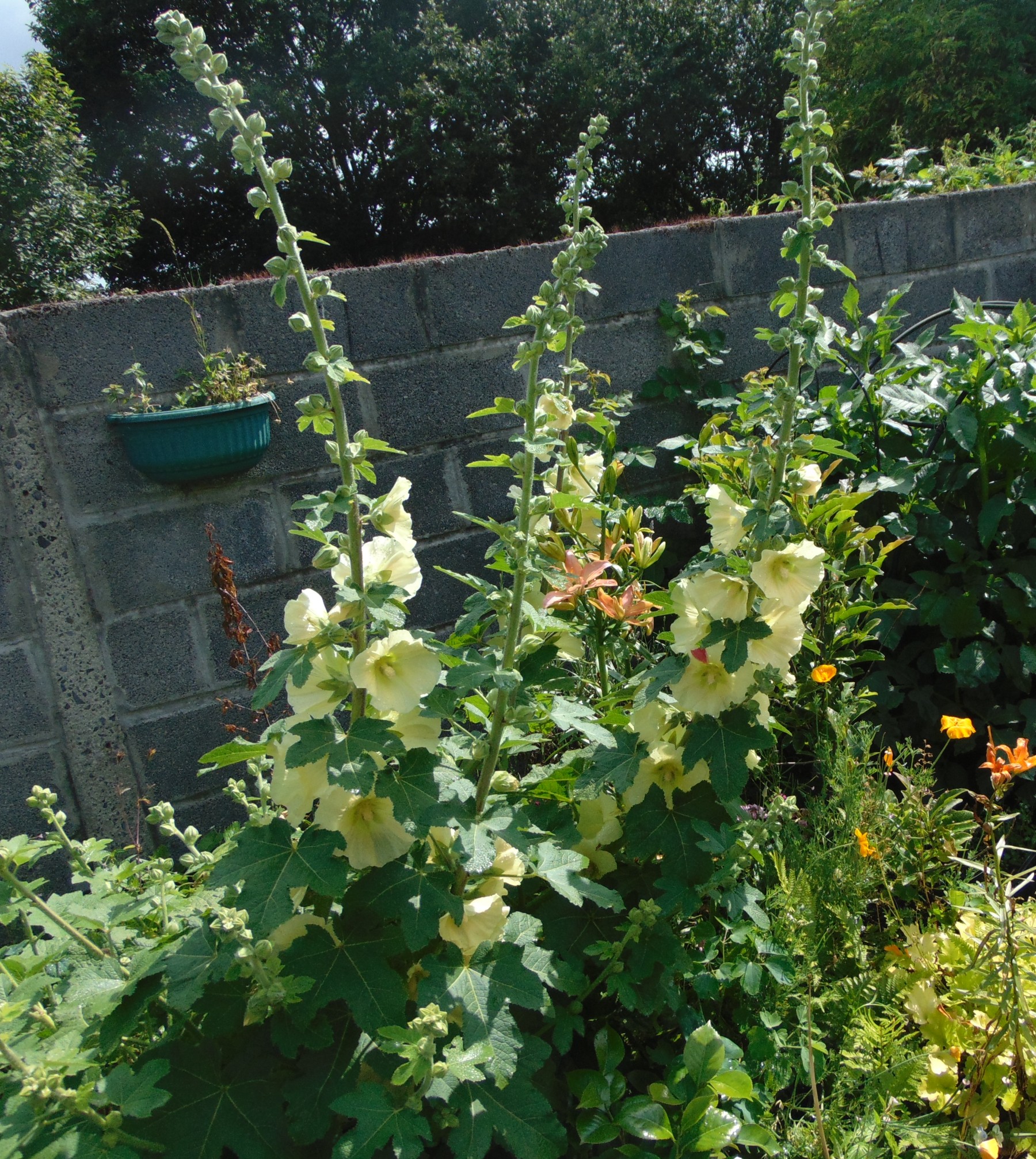 I’ll hopefully remember to stake that this year when it goes back. 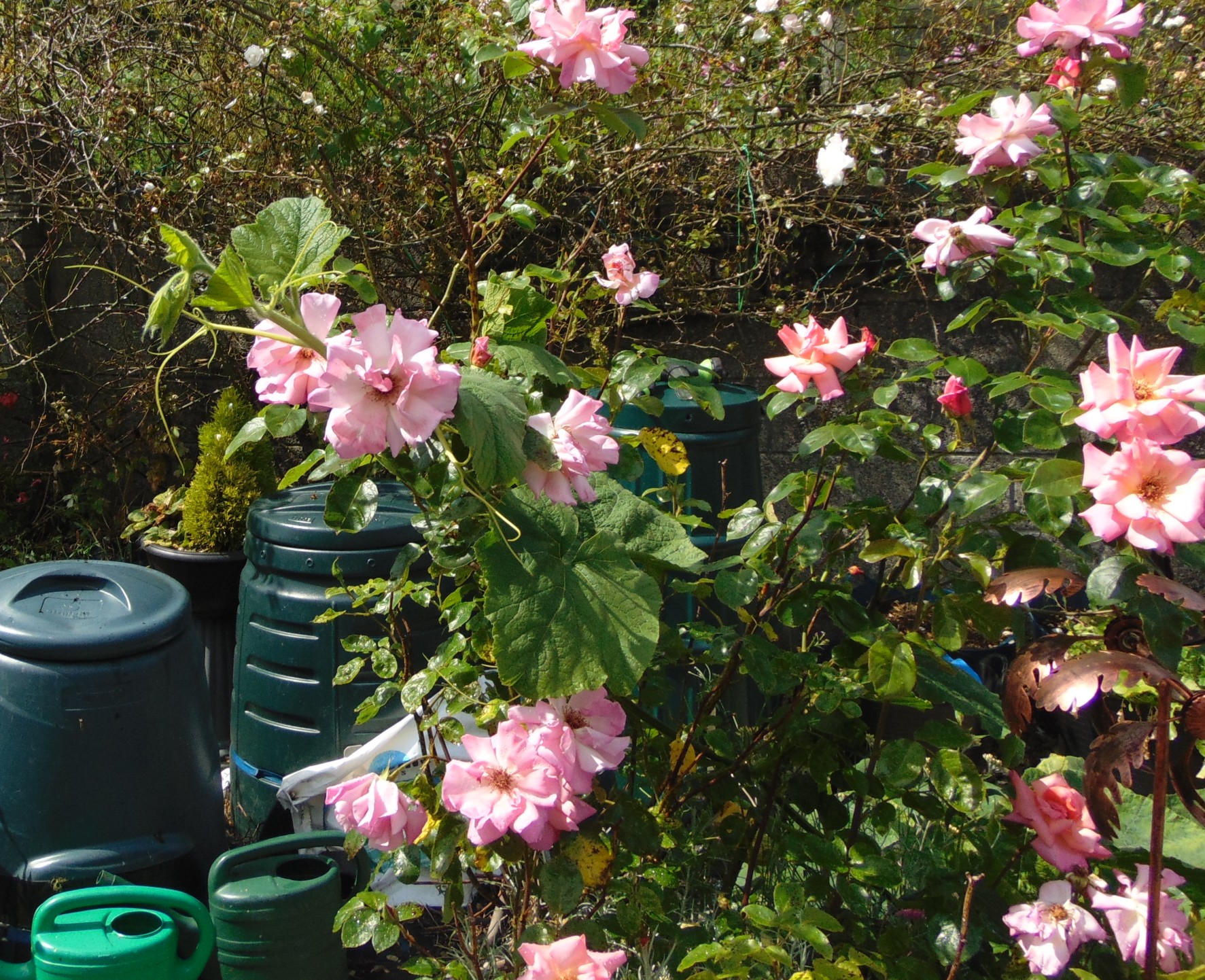 This smacked me as I walked by and has wrapped its tendrils around the rose. 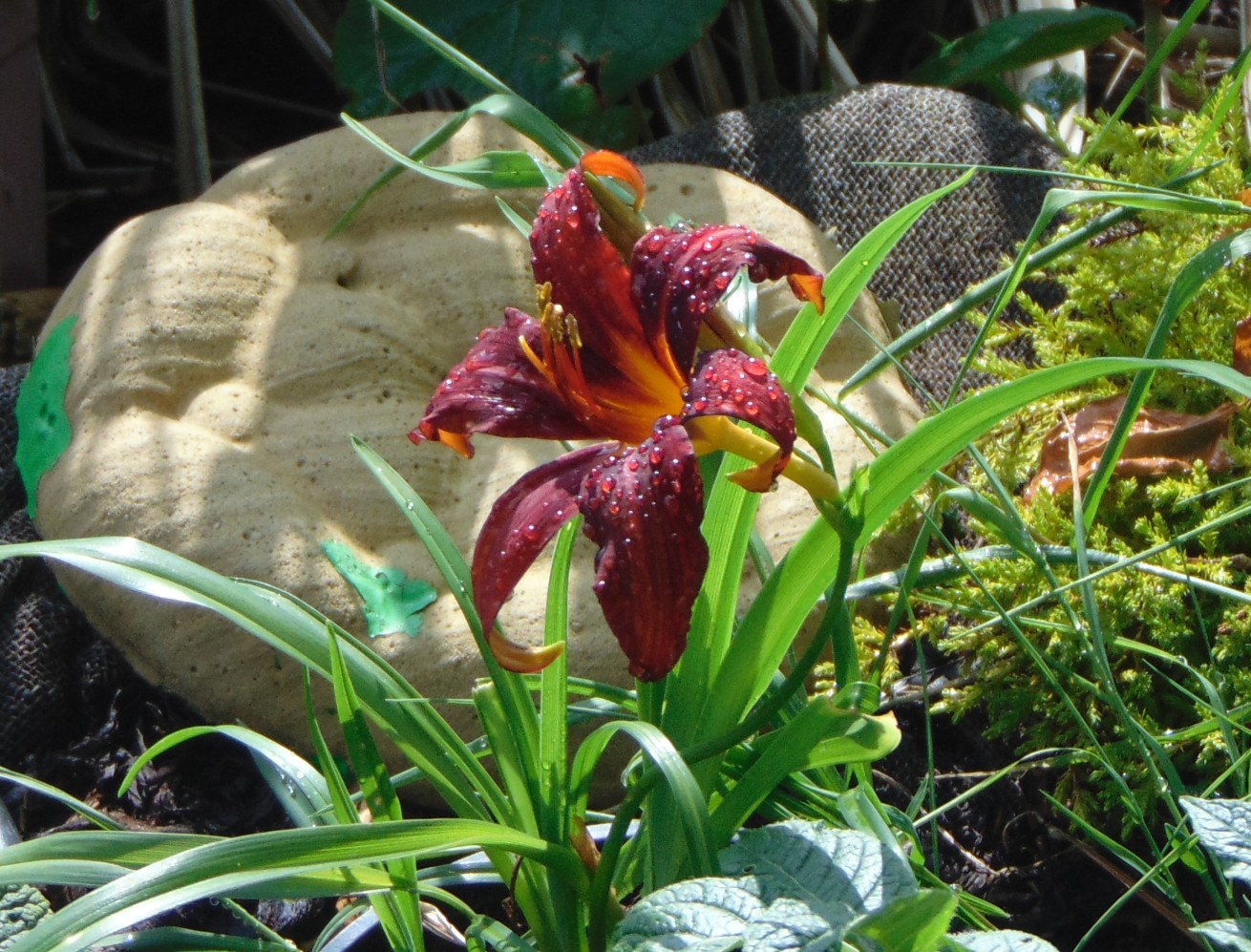 Despite being knocked around it finally flowered. Another Crimson Pirate, the packages are always random. 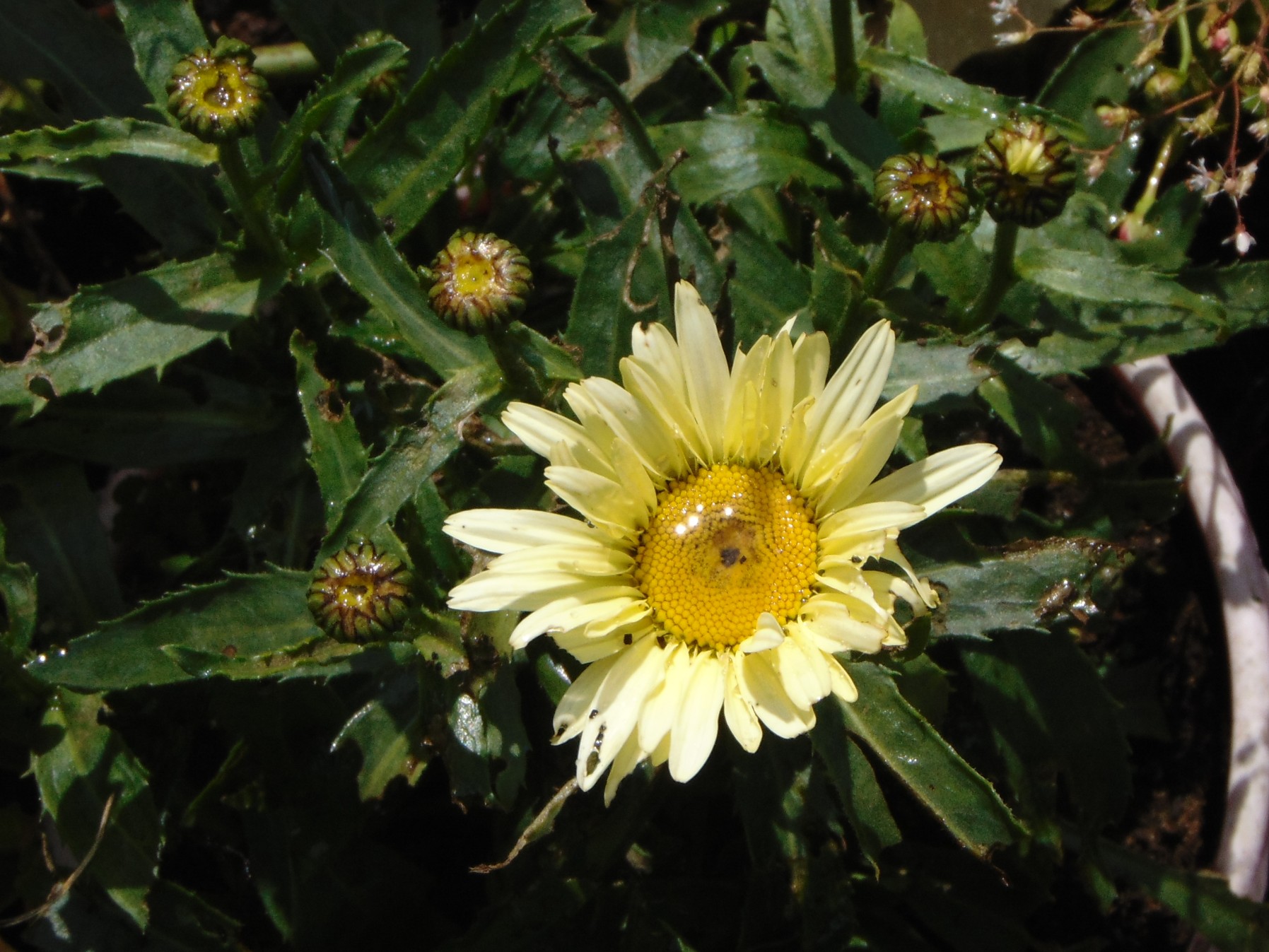 A little beaten up, but blooming. 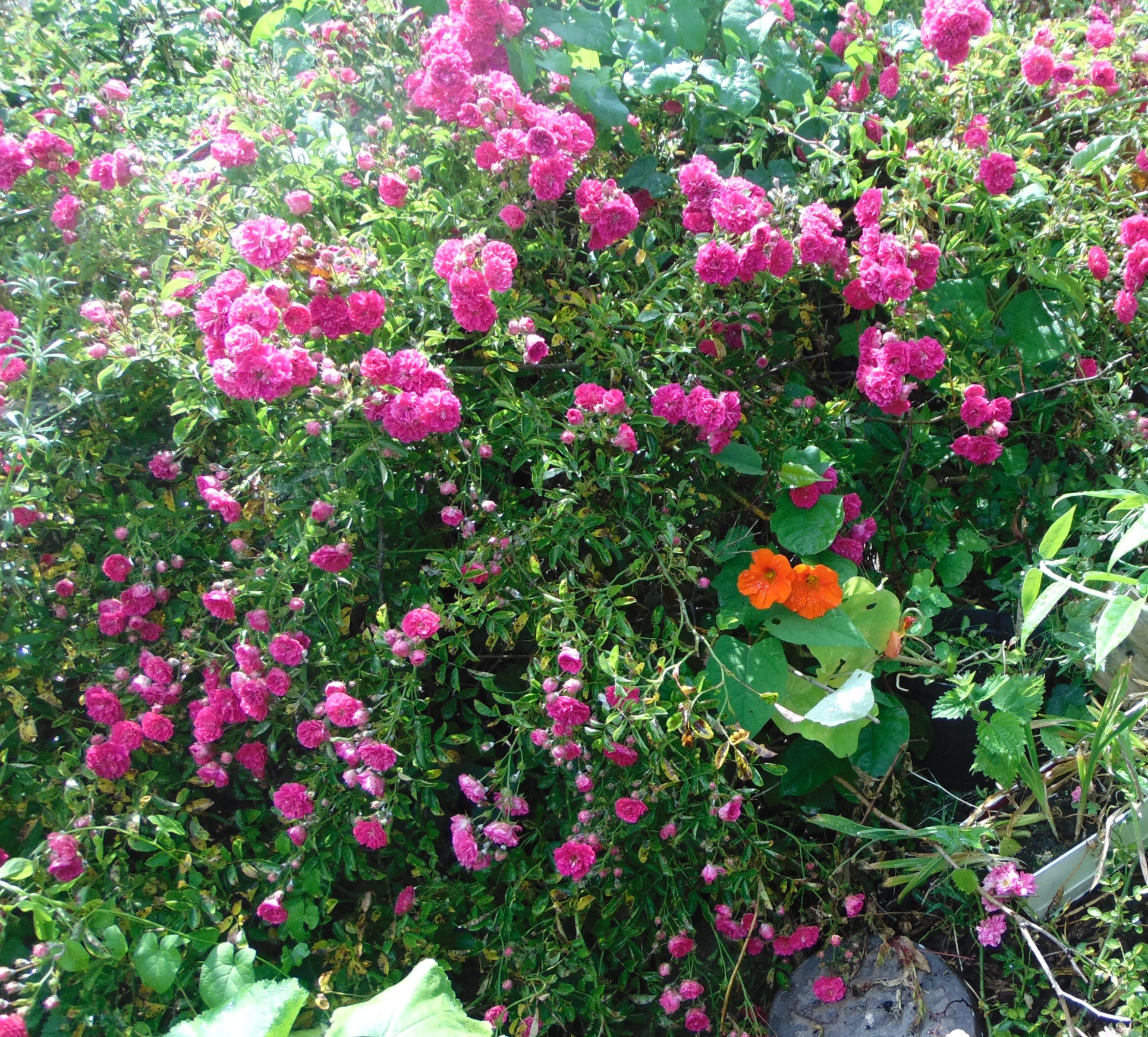 It was worth climbing in and out of junk repeatedly. 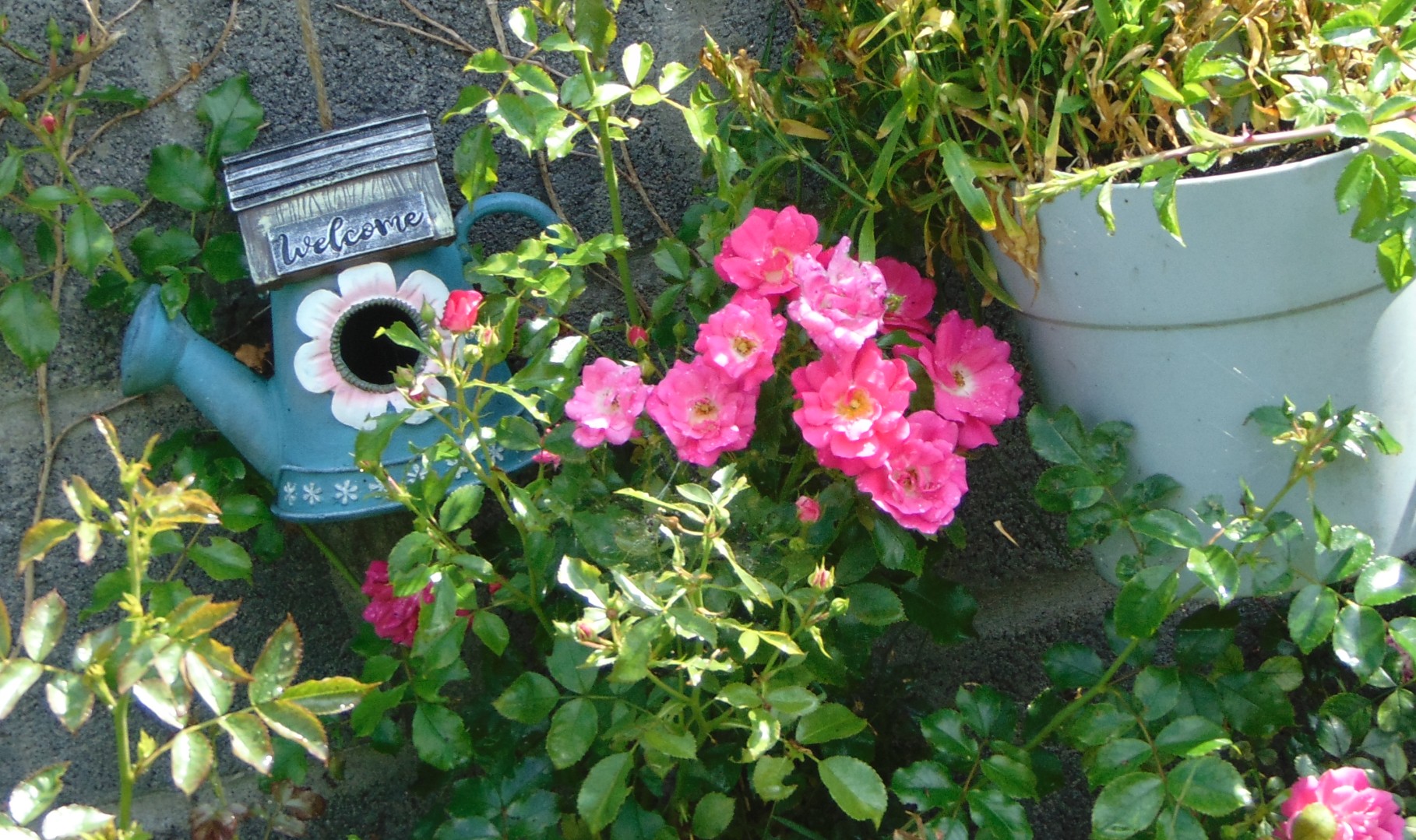 Even the other roses are happier in there.

I’m at the tired of watering stage of the heatwave, it’s repetitive and with the heat beats down harder and harder it takes a lot out of you. I have noticed that with the stress of the surgery waiting gone my joints are a lot better, still troubled, but I’ve always had that and always will, it really is important to know how much stress can affect you on a physical level, Dear Reader. I’m now freckled, still not burnt thanks to at least three applications of sunblock throughout the day, cut, stung and I was even slapped by the squash that had grown a good seven inches in the course of the day, I’ve just turned it around and will let it and the rose combine. I have no idea if it’ll set fruit or if I’ll even seen any ripe squash, but they’re growing incredibly fast and flowering so I’ll keep looking after them as best I can. I’m watching the two gardens I fed with compost and liquid feed thrive and you know I think I might just know what I’m doing, Dear Reader. Maybe just a little. Work to do yet, Dear Reader, mostly watering, weeding and complaining about both of those. I’ll be back later, until then stay safe and take care. 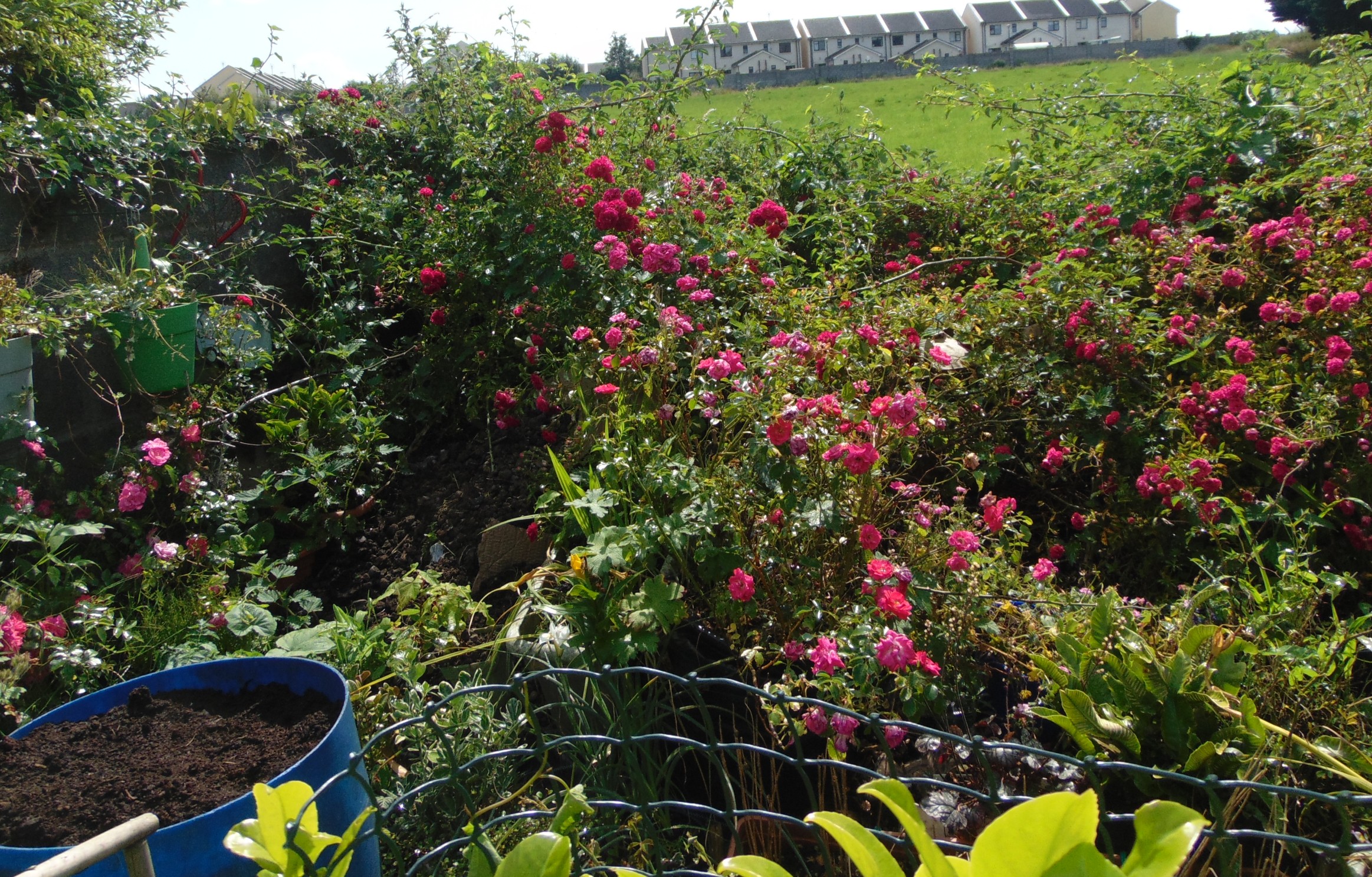 You have to make the trek to the end of the garden to see it. 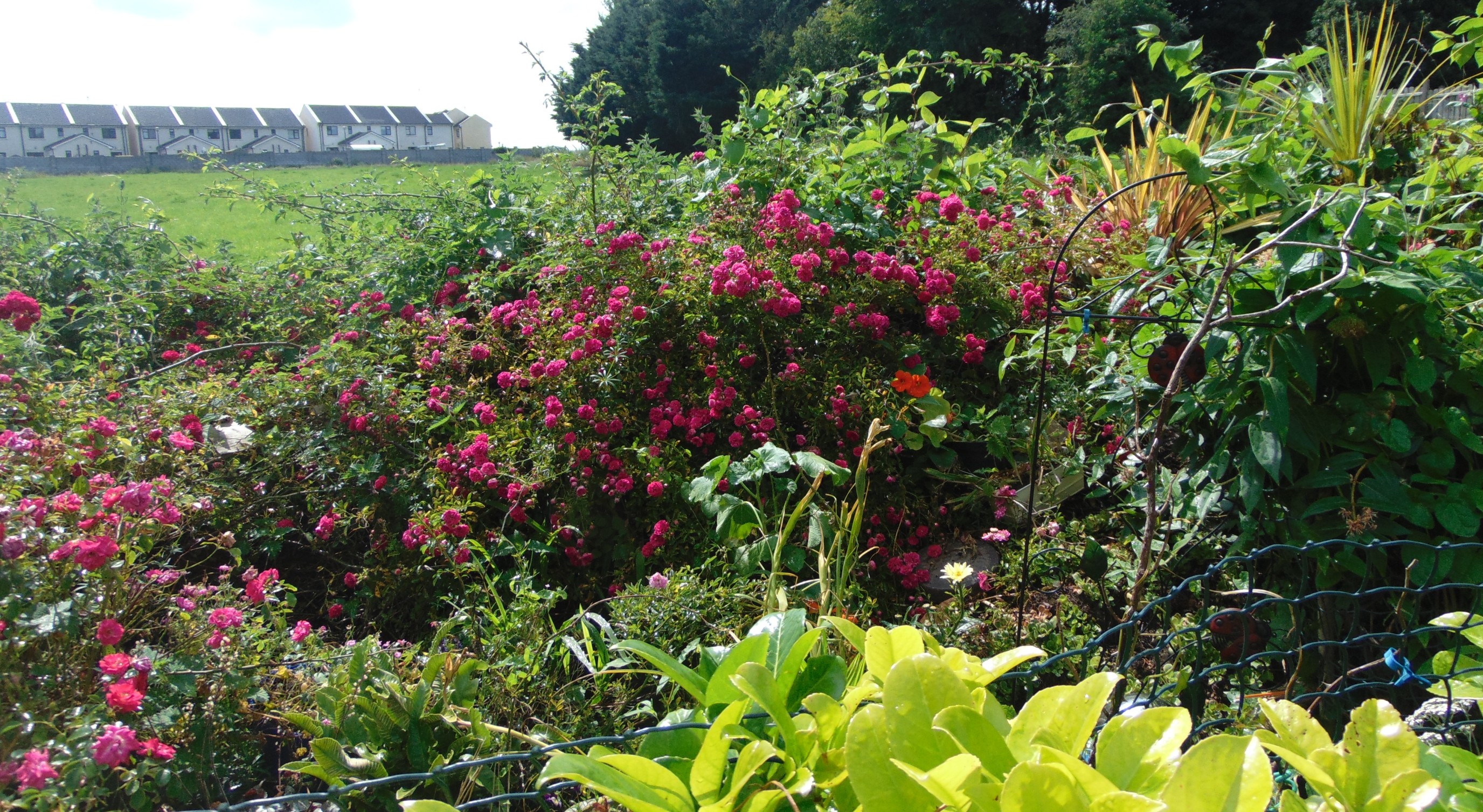 Every year it’ll get larger and larger. 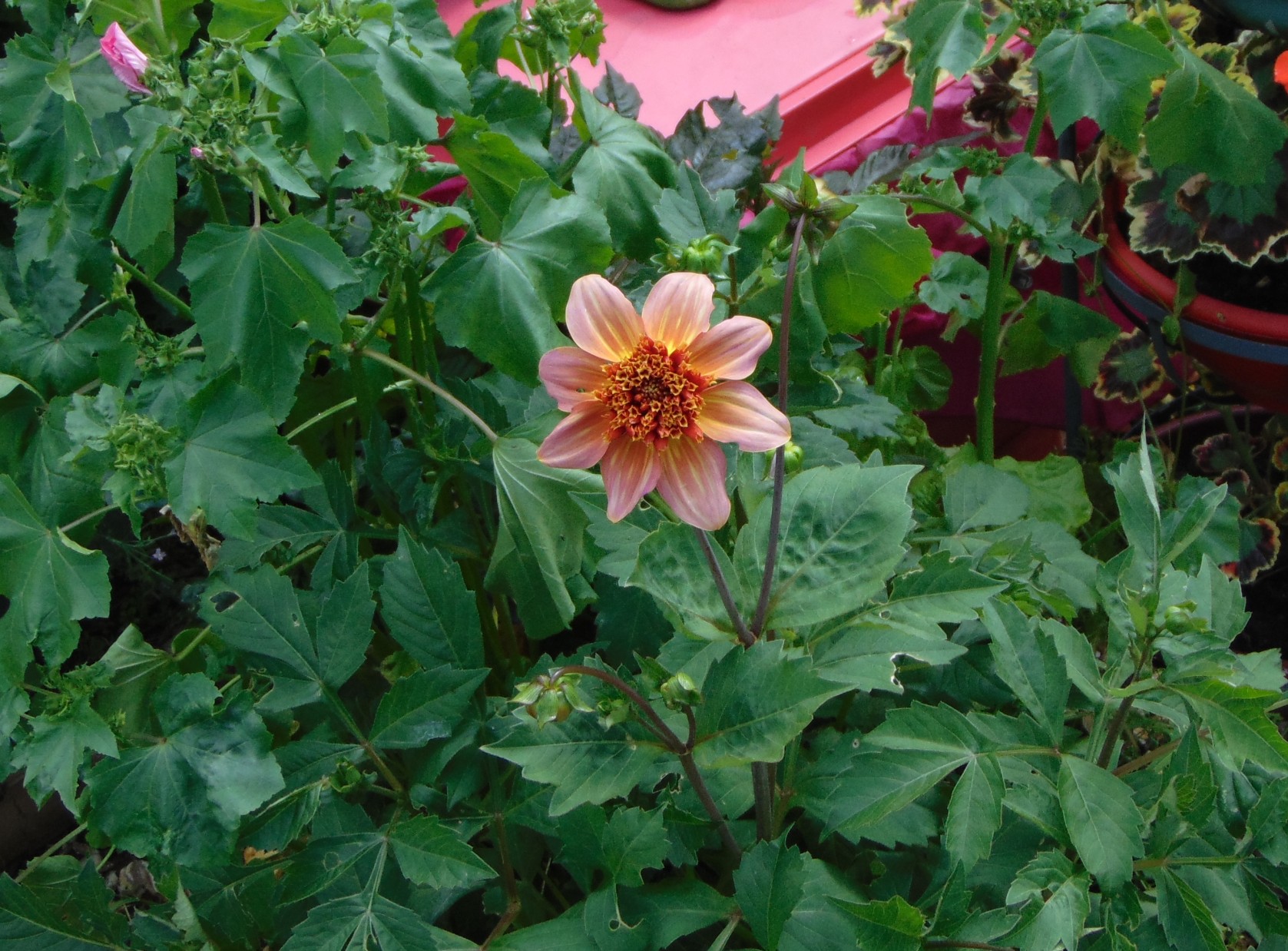 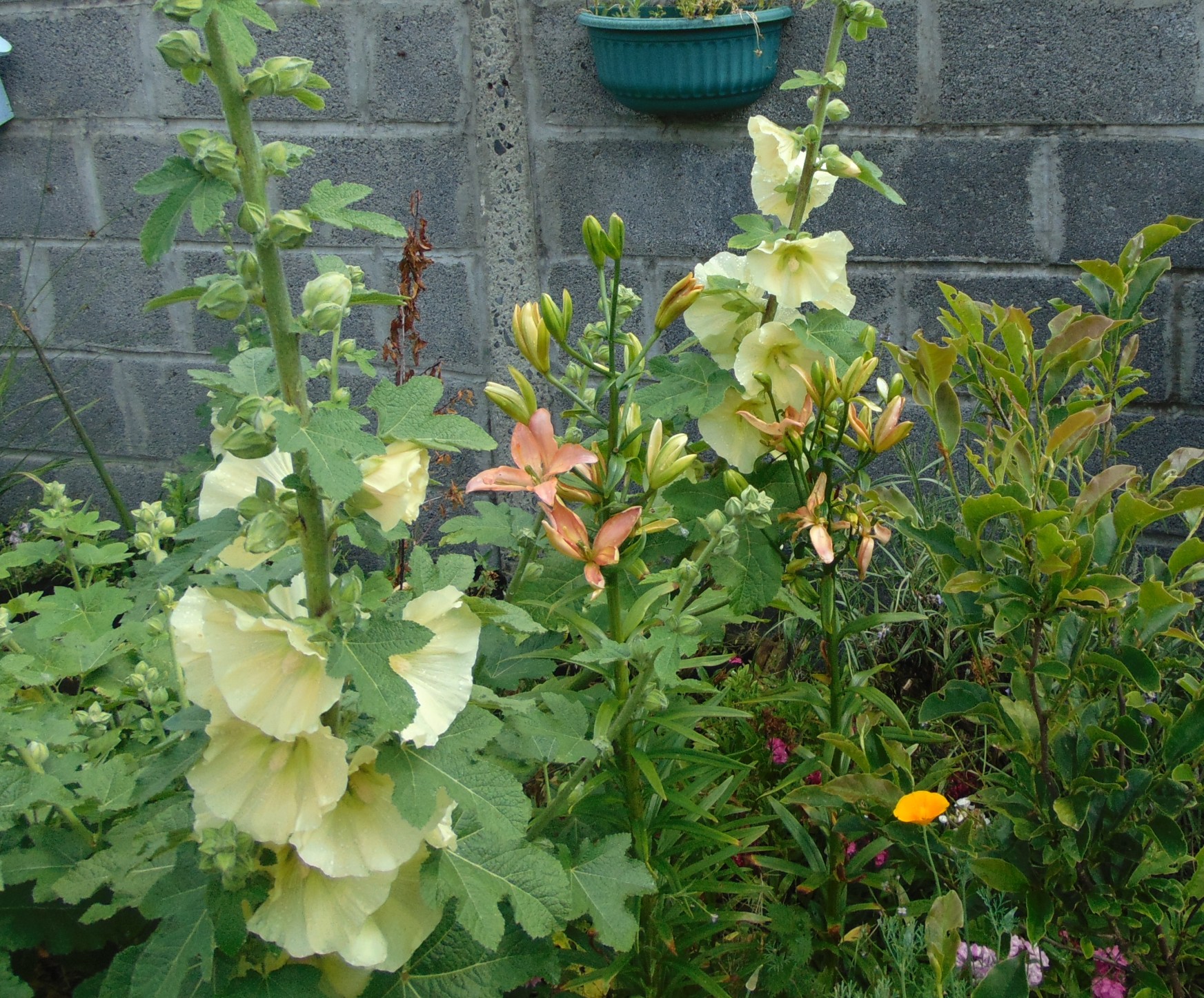 All cream so far, I know there is one red one, unless it changed. 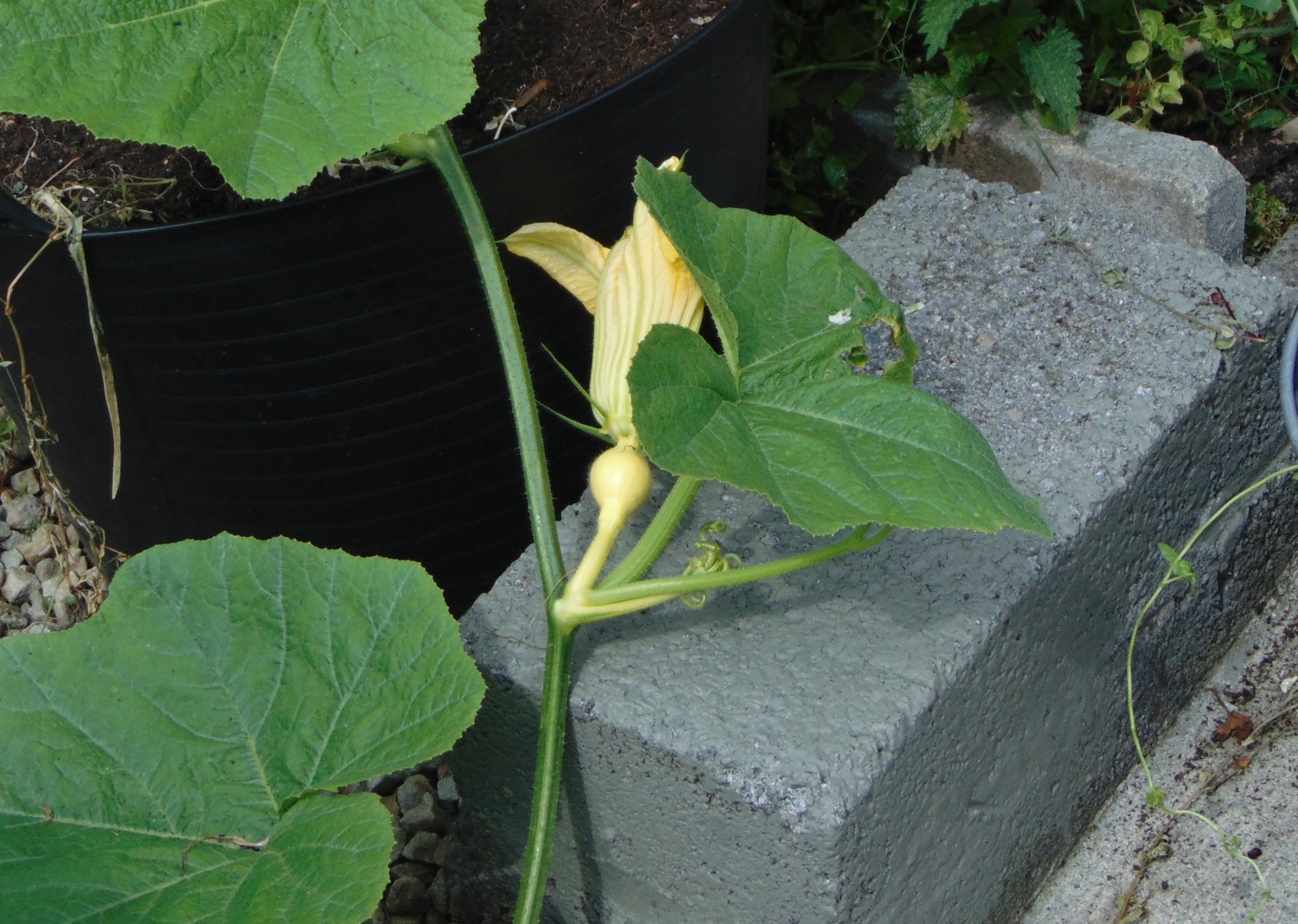 Glad I planted more or I’d have wasted this heatwave. 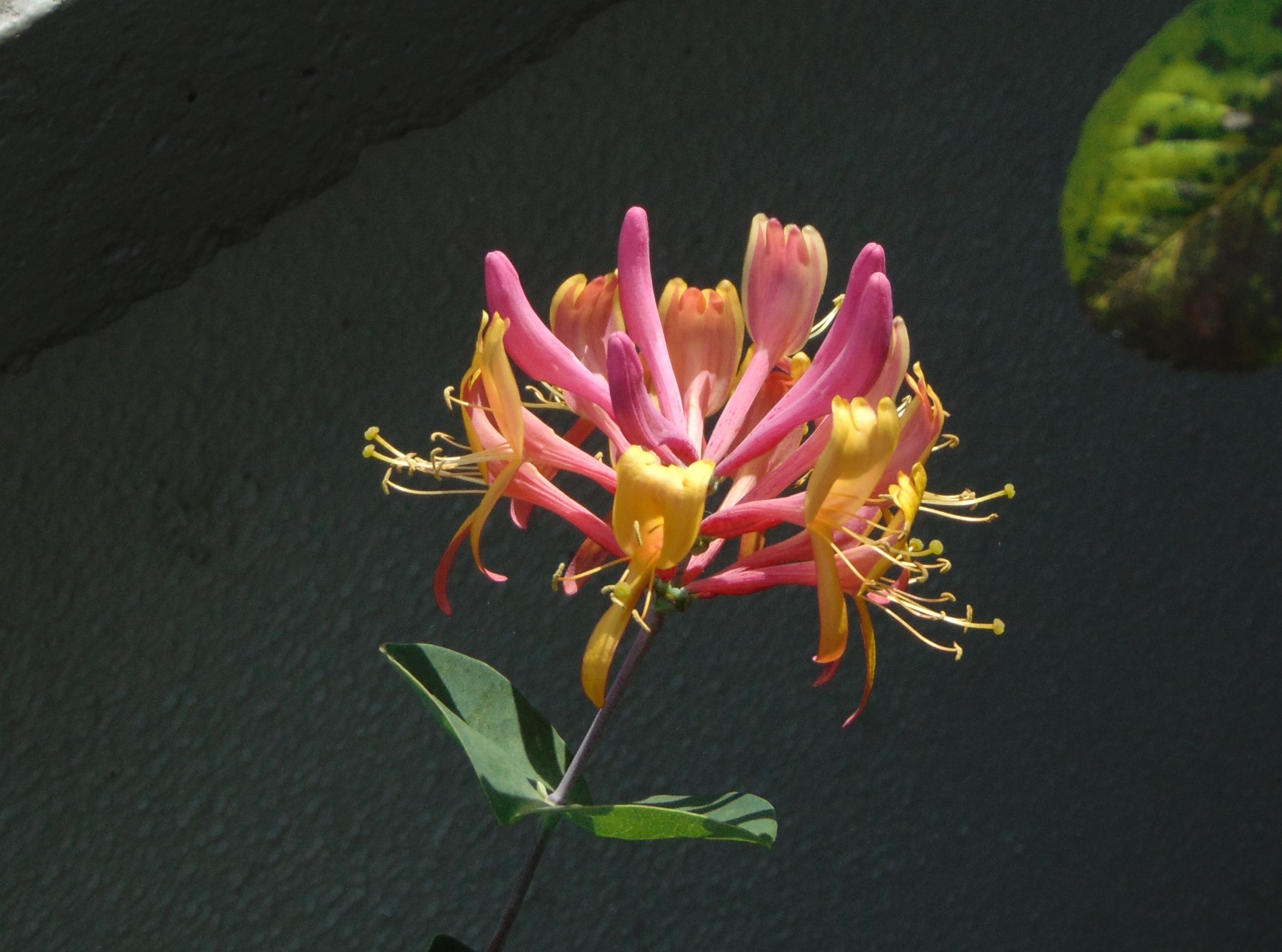 Okay, last photo of the honeysuckle, I swear. 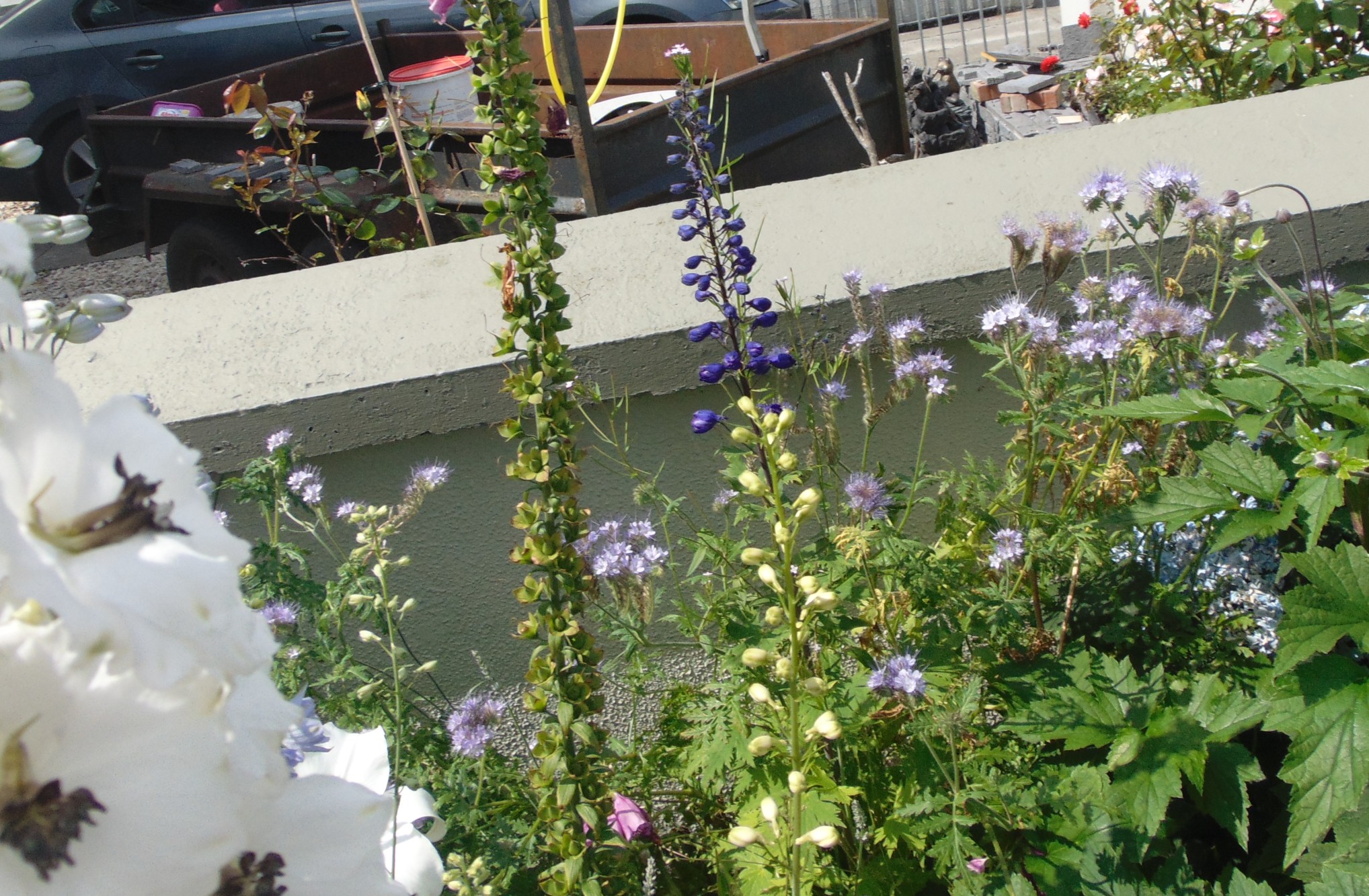 If I bought the same wild seed mix again they’d never do this well again. 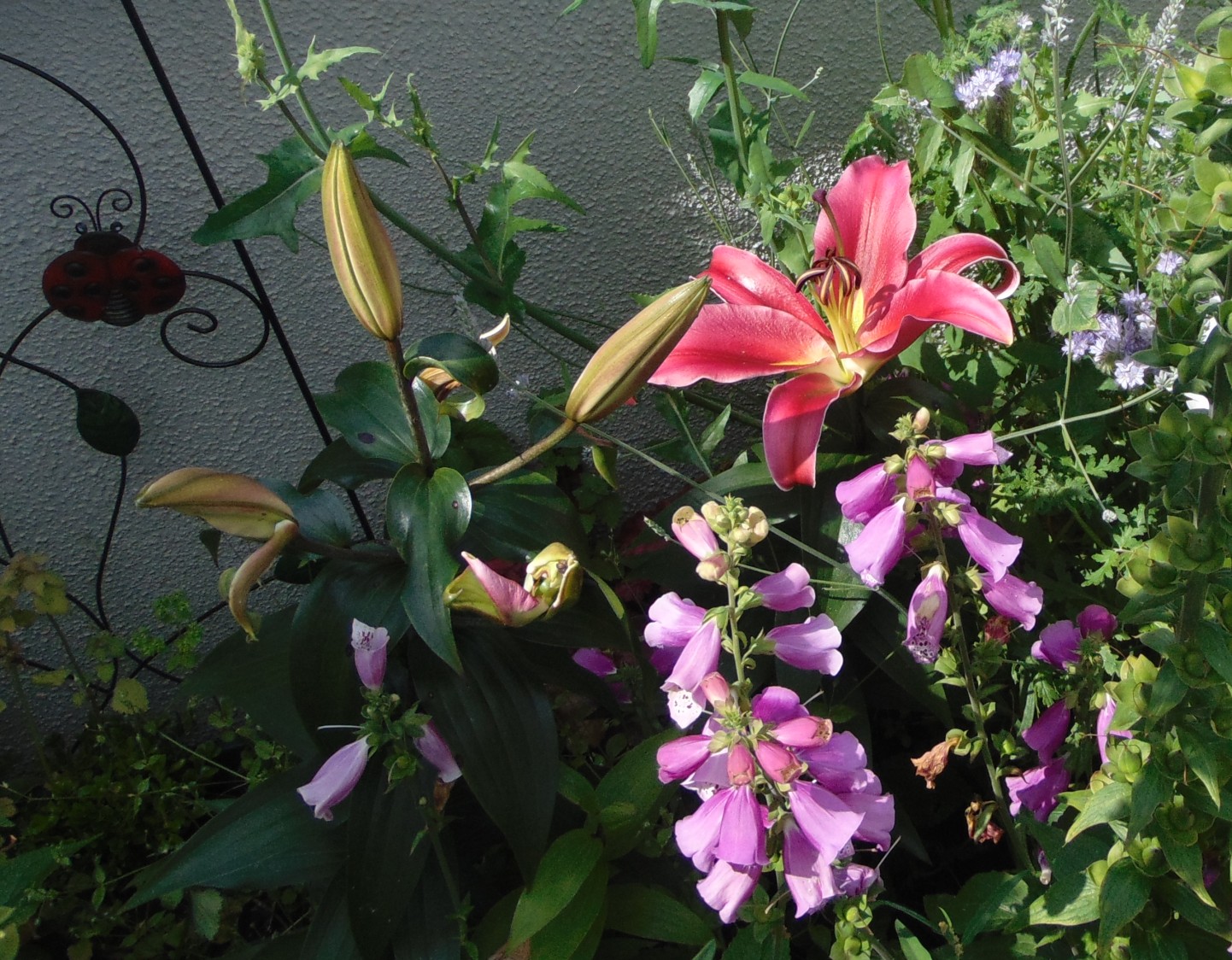 The fragrance is so strong, people walking by have commented on it.