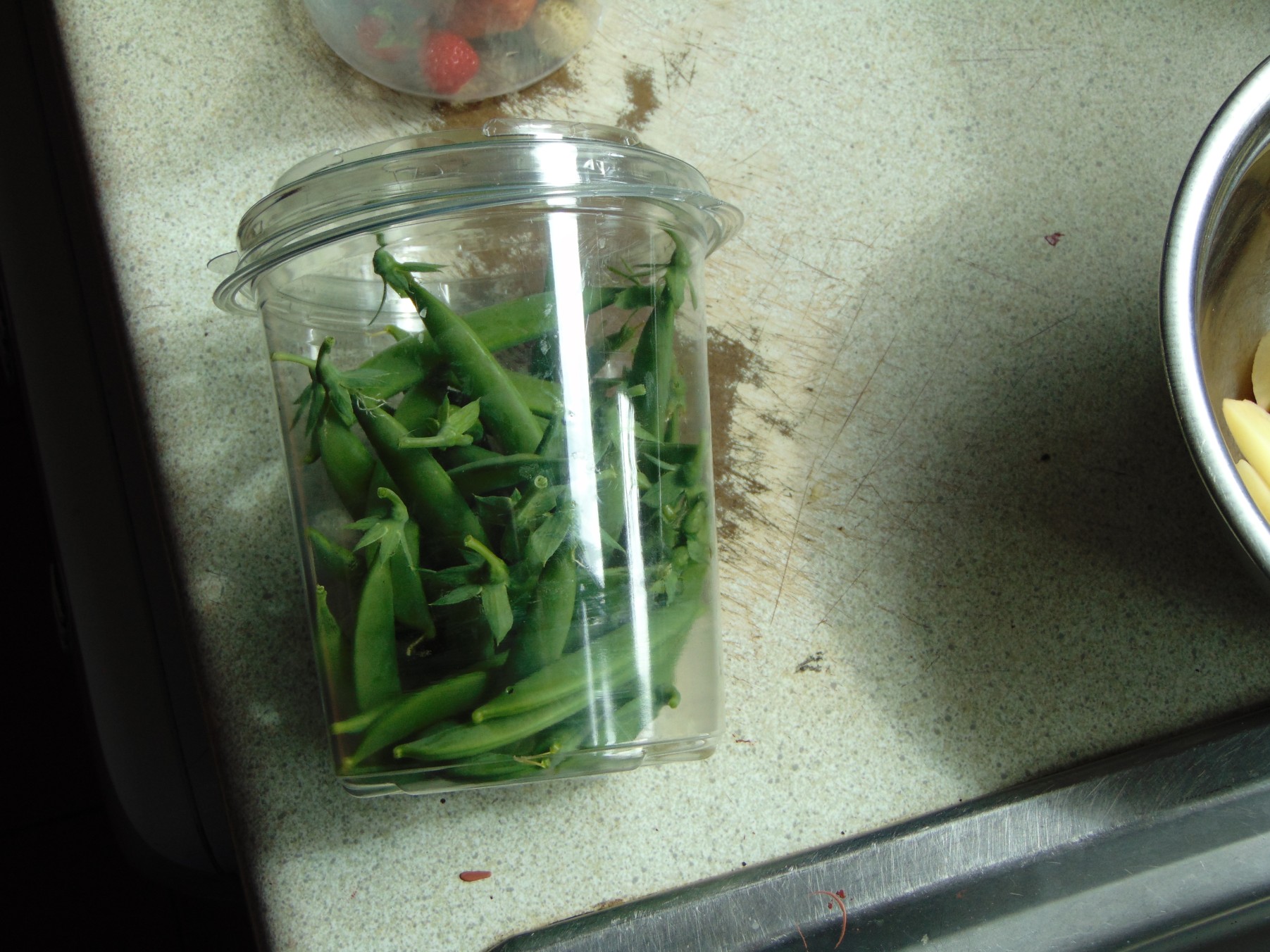 First of the sugarsnaps. Amazing how they grow their own plastic container like that. 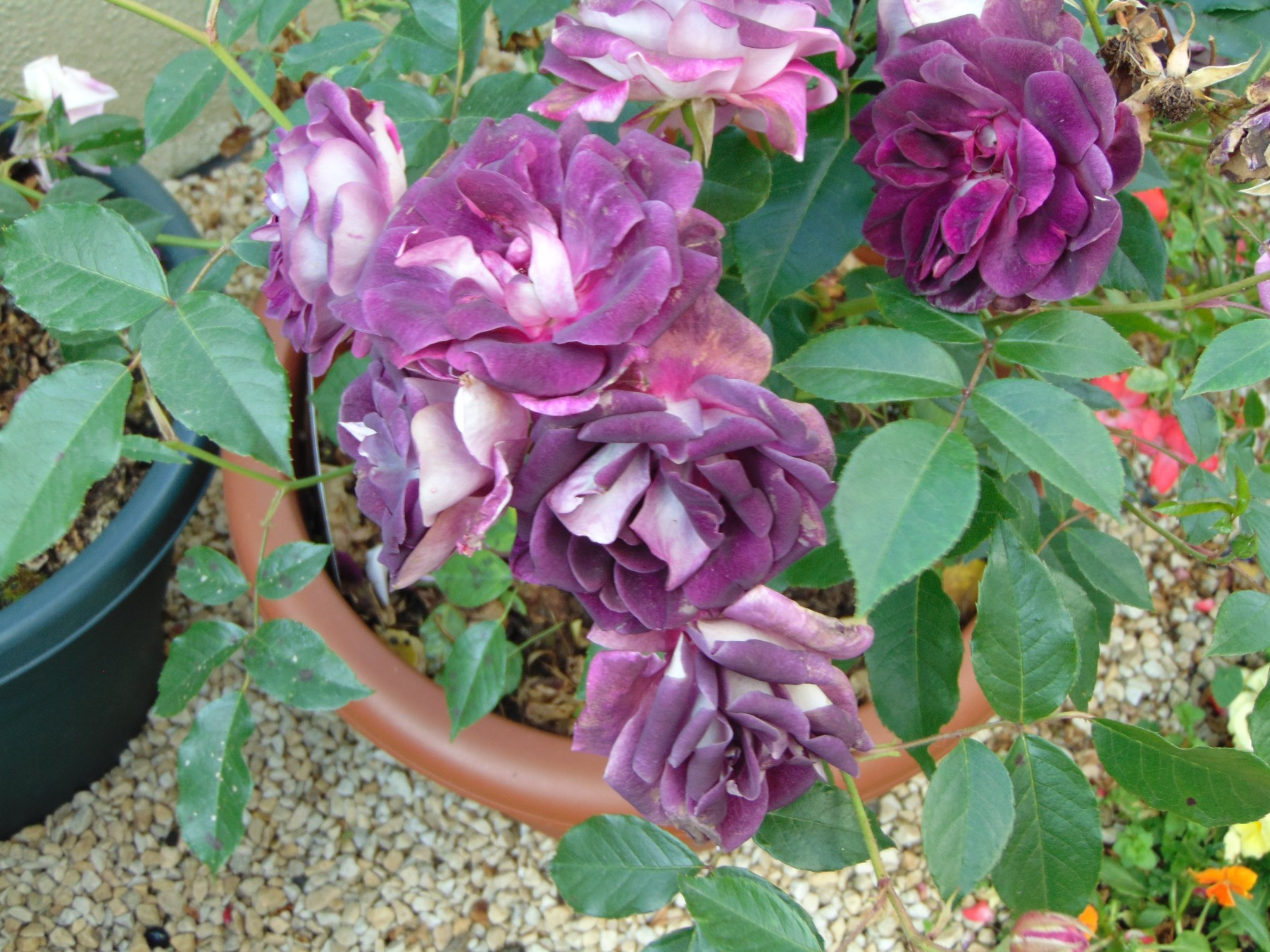 These are the strongest of the garden centre roses. You can tell I don’t buy roses like this often. 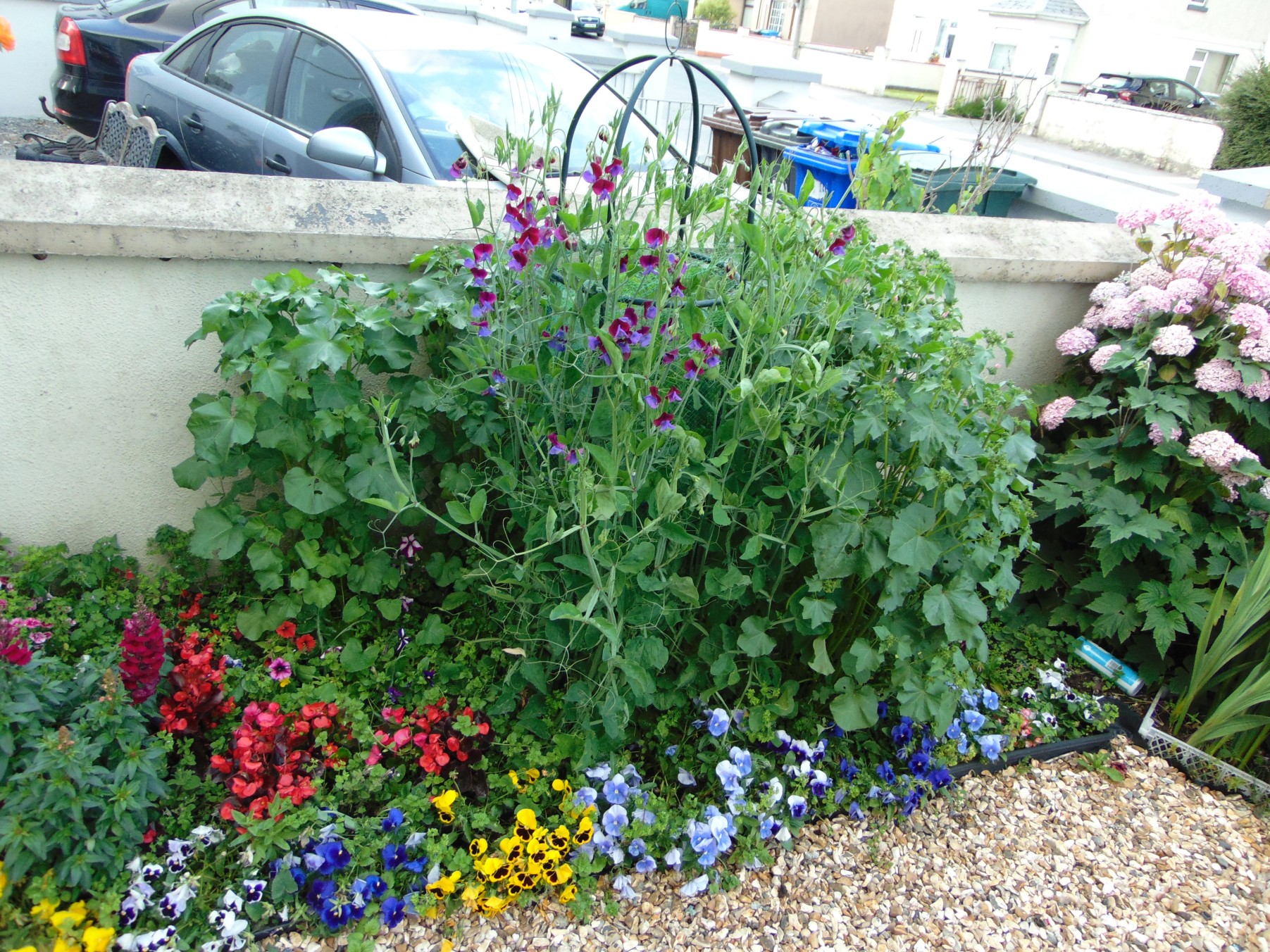 I did not expect that to grow so large and those sweets are pretty, but the pictorial lied. 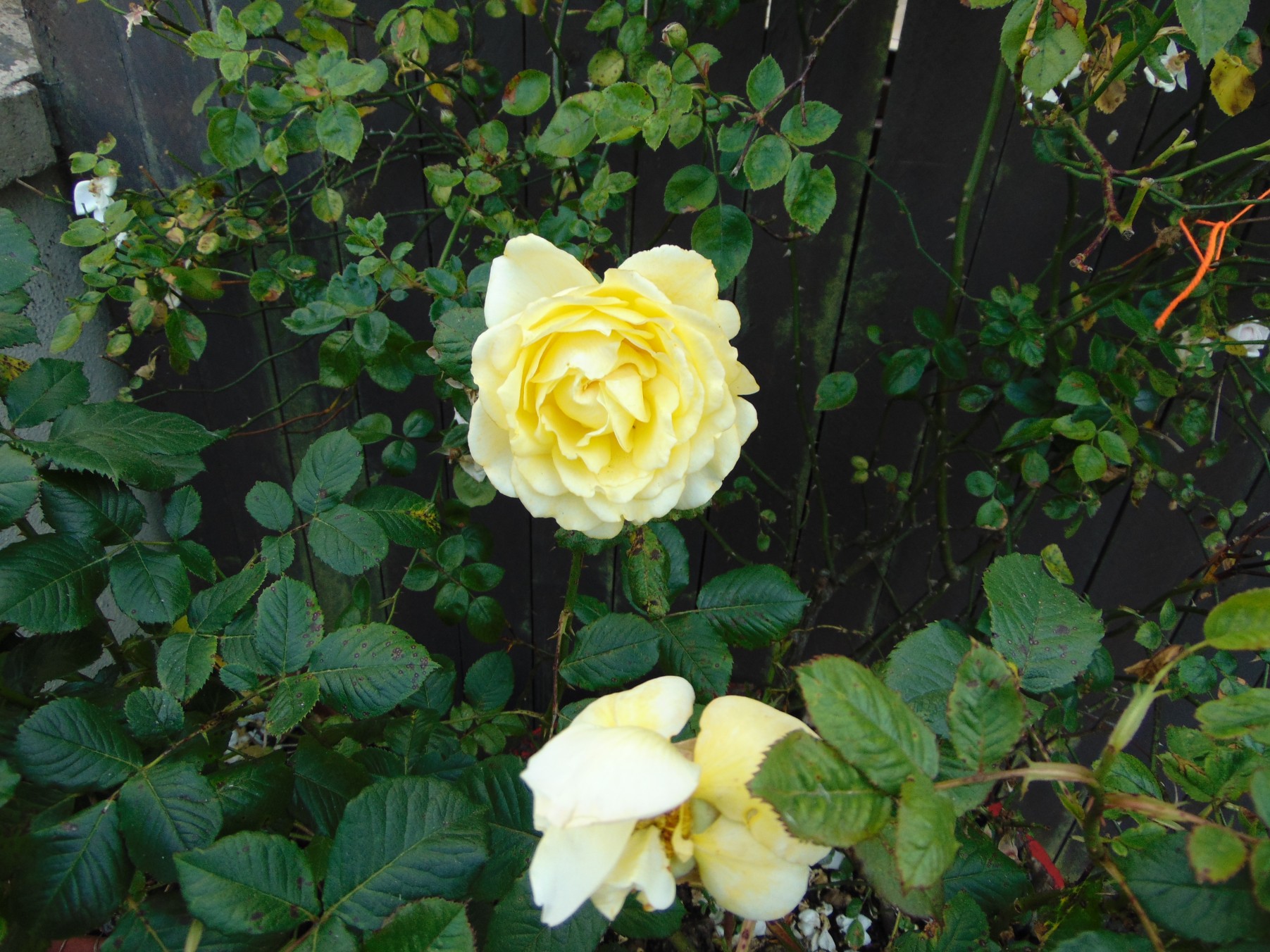 Yo, Dear Reader, I’m still fighting the good fight against this sinus infection, possibly headache, either way it’s hurts, Dear Reader, the tide seems to be turning in my favour so I should be okay, this crept up on me, nothing but some pressure and some tooth sensitivity, well, more sensitivity I already have issues with that, then when I had way to much to do it got worse and I never realised until I was in agony. I’ve been taking care of it, getting plenty of rest, taking some over the counter painkillers and drinking a few ocean’s worth of water. I don’t often get sick, but apparently when I do it’s a doozy, hopefully I won’t have to do to the doctor, it’s getting better, but o matter how quick the recovery it’s never right this minute and that just isn’t fast enough. Anyway, let’s talk gardens. 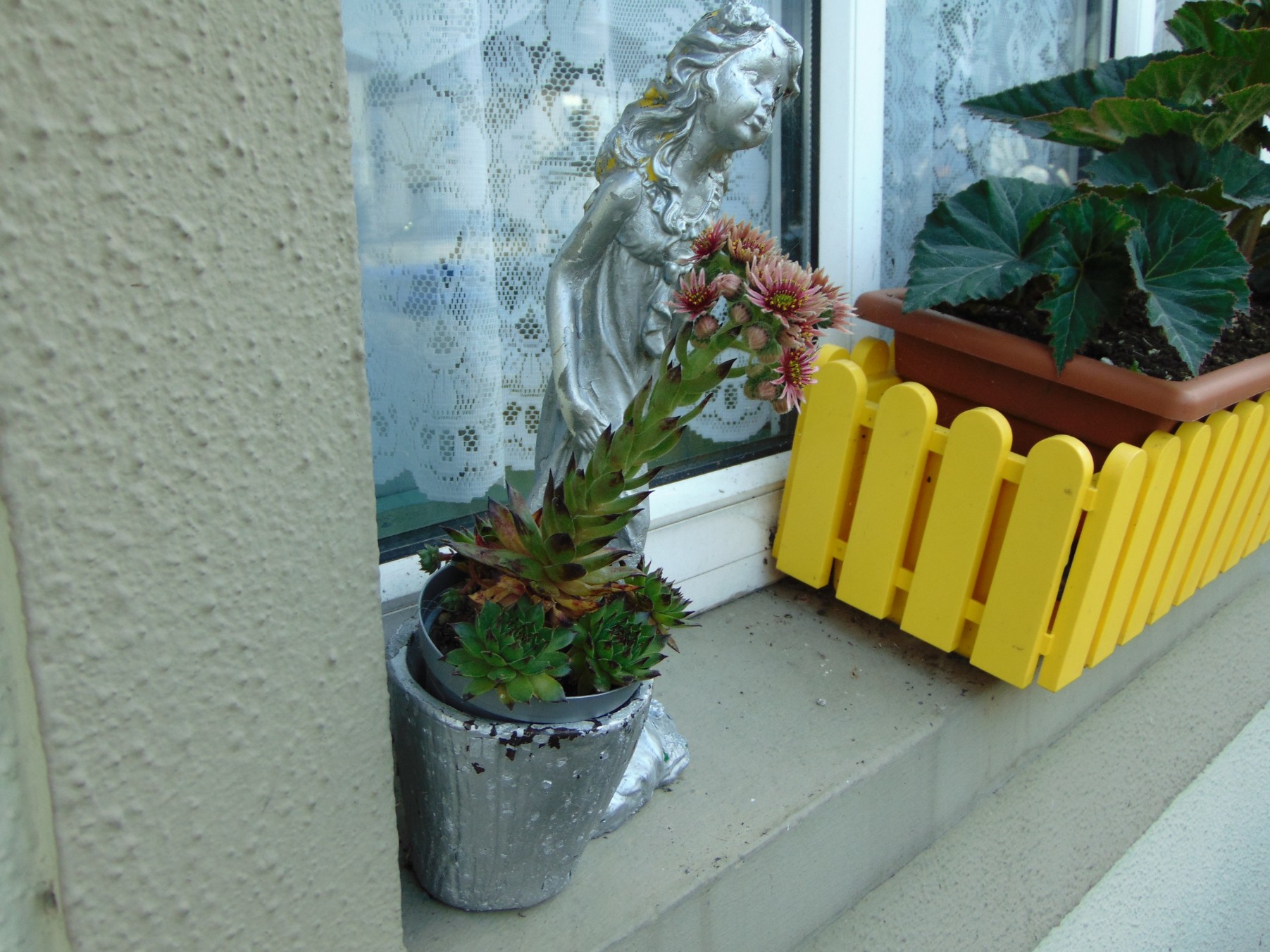 Hen and Chick plants are weird. 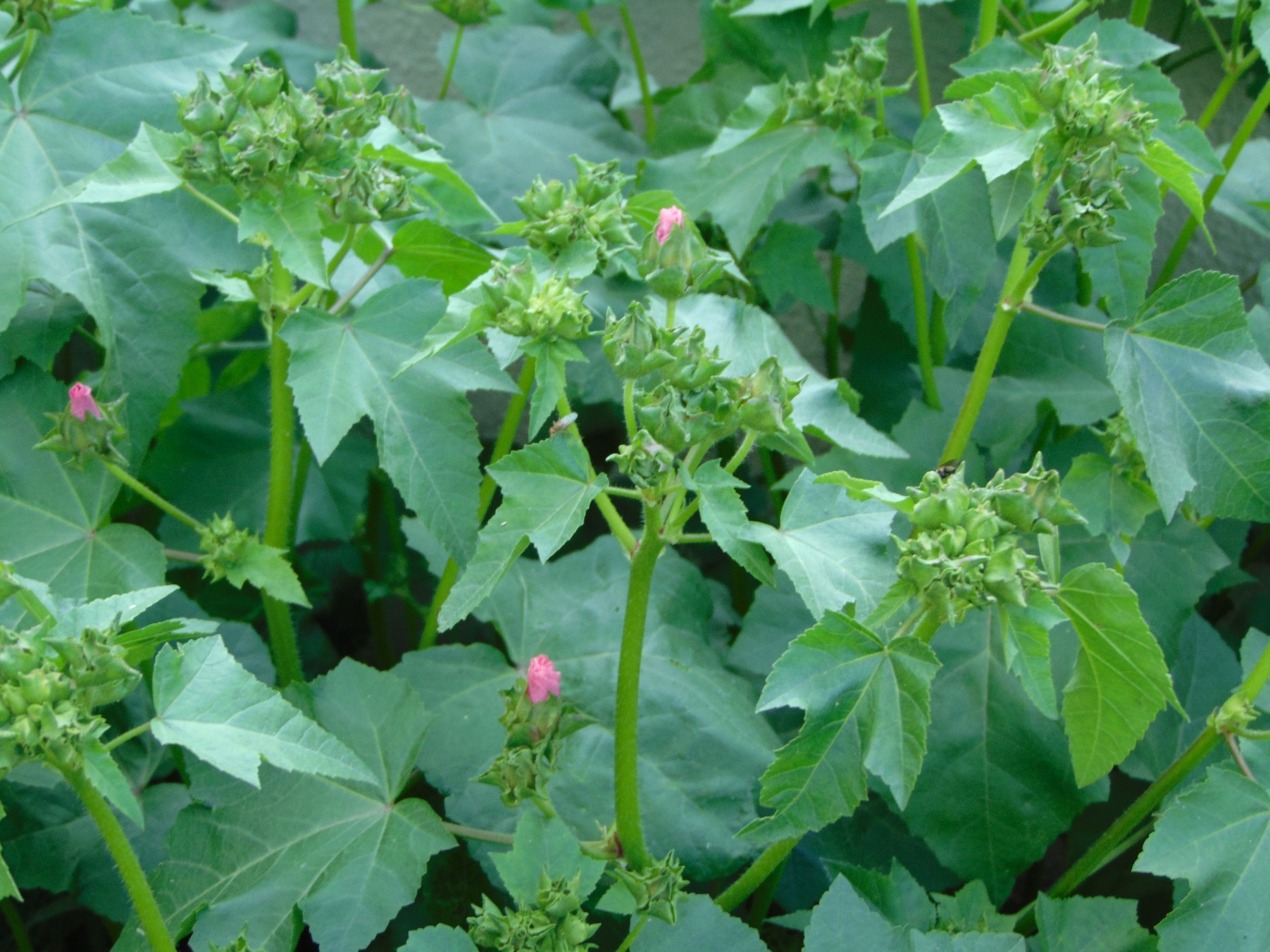 The Royal Mallow is so close to blooming. 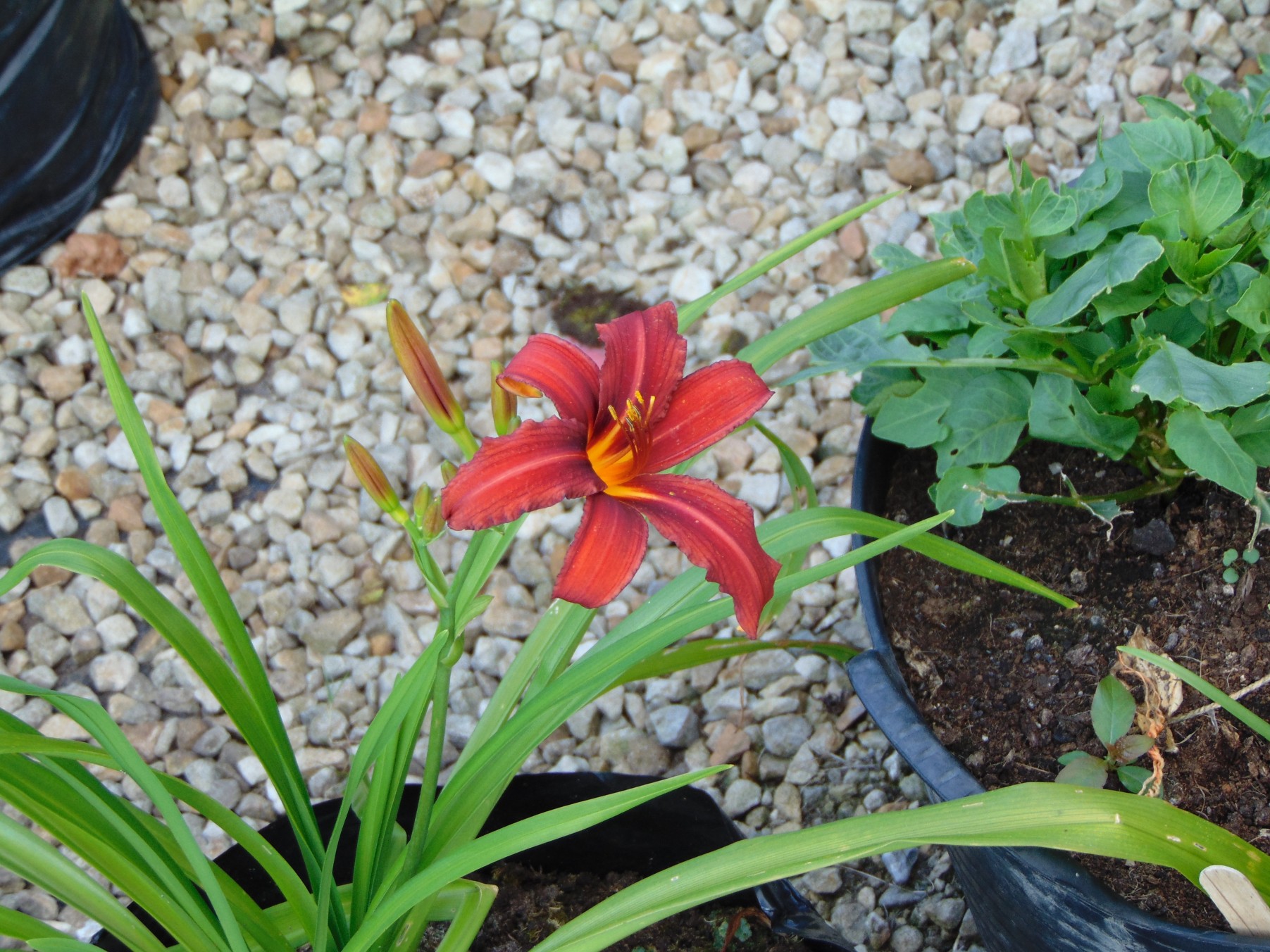 My Crimson Pirate that out-lived the tulips it was planted beside. 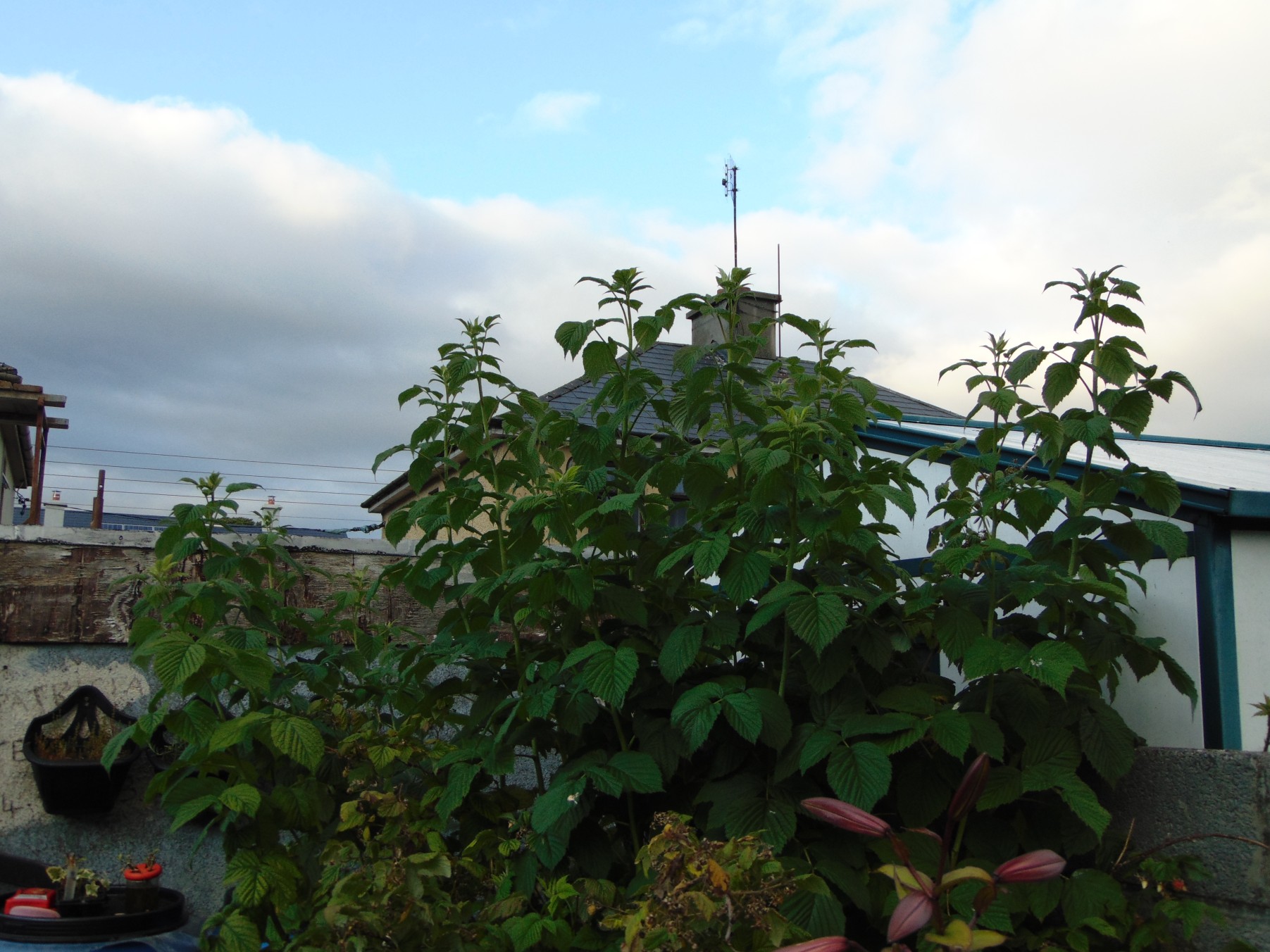 I still find myself caught in the larger is better fallacy, I know from experience that this isn’t always true, most because when anything is grown to a larger size the plant can’t control all aspects of the vegetable or fruit, it might make a larger strawberry say, by being force fed certain ratios of fertilizer, but the strawberry won’t have the same sweetness if the plant can’t supply what it needs to reach peak sweetness, especially if it’s forced to grow quickly.  The larger produce gets the tougher it can become as well, but still the shops sell large, mostly tasteless onions and when you look at your own you being to doubt, but the proof of the onion is in the eating and nothing can compare to freshly harvested produce. I do wonder if we could accept varying sizes more it it’d mean better selections in the supermarkets. I’ll be harvesting m own onions soonish so I’ll have some delicious meals in the near future. I’ve been told the sugarsnaps are delicious this year and the cabbages are heavy and tender, another has been harvested and shipped of to a friend. See, Dear Reader? The Friends of Jack benefit. You too could try to be a friend of Jack! But you already are…aww…no cabbage for you though. 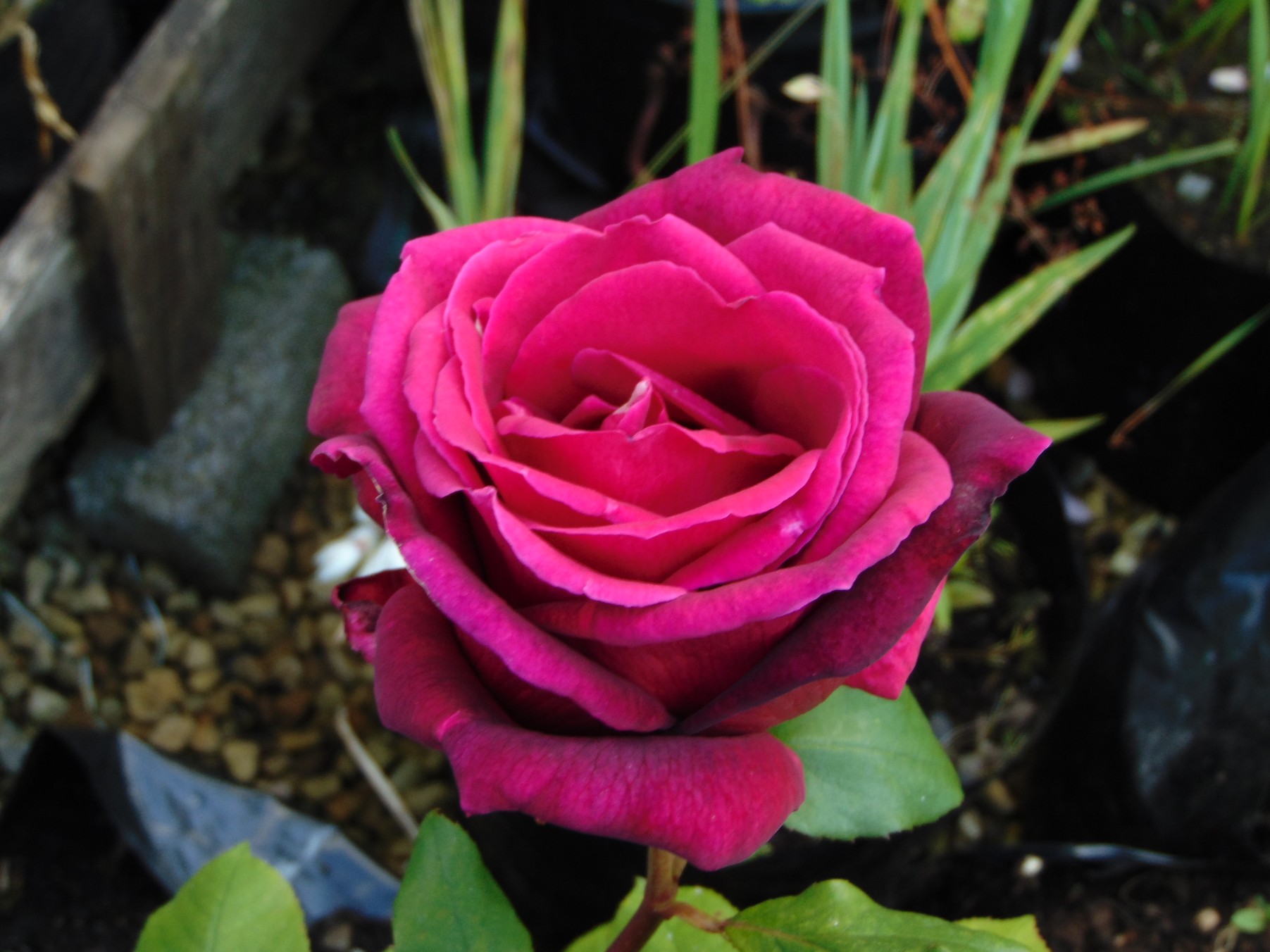 I think it might have a white centre in there somewhere. 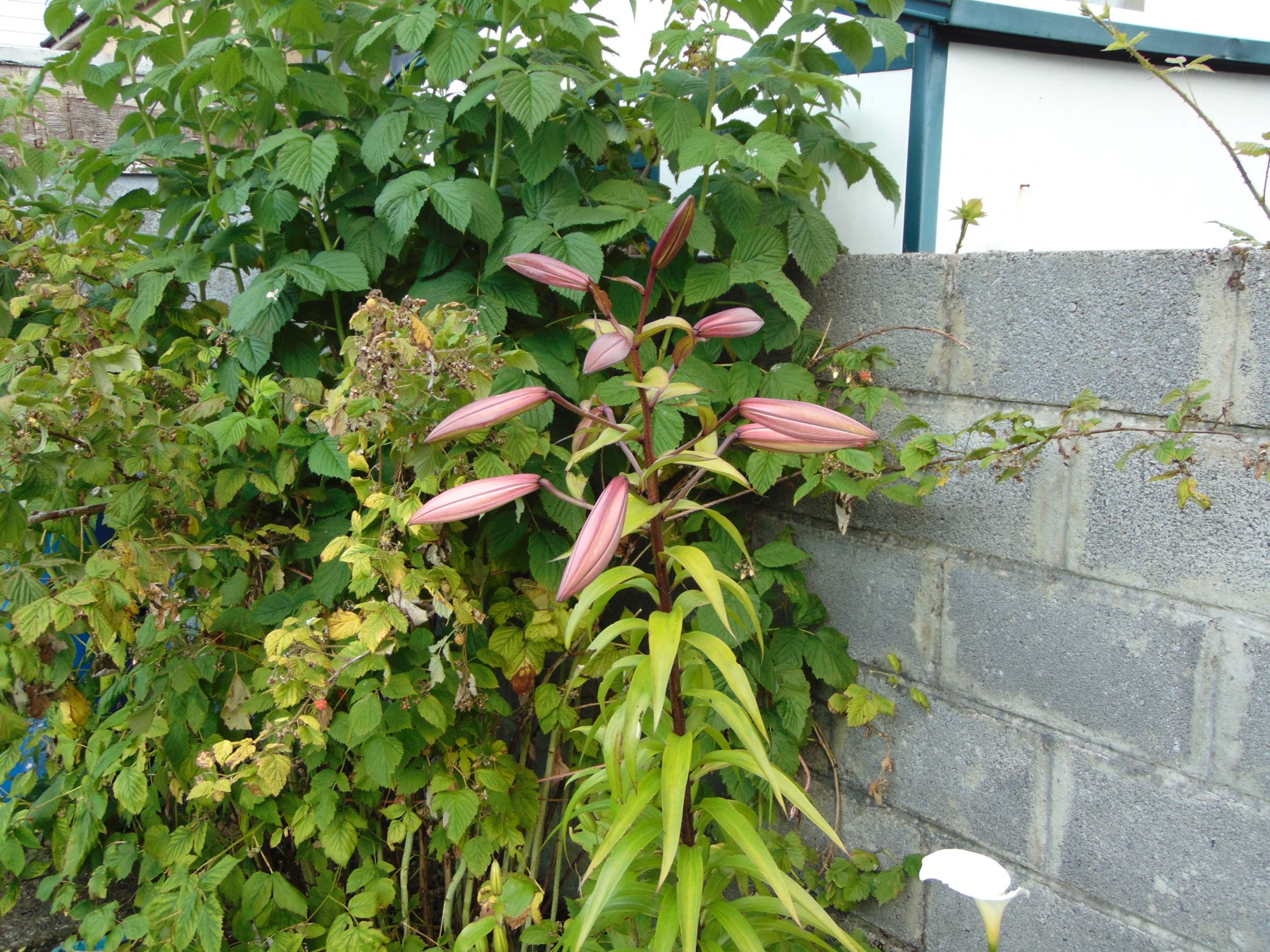 The banana harvest is coming along nicely. 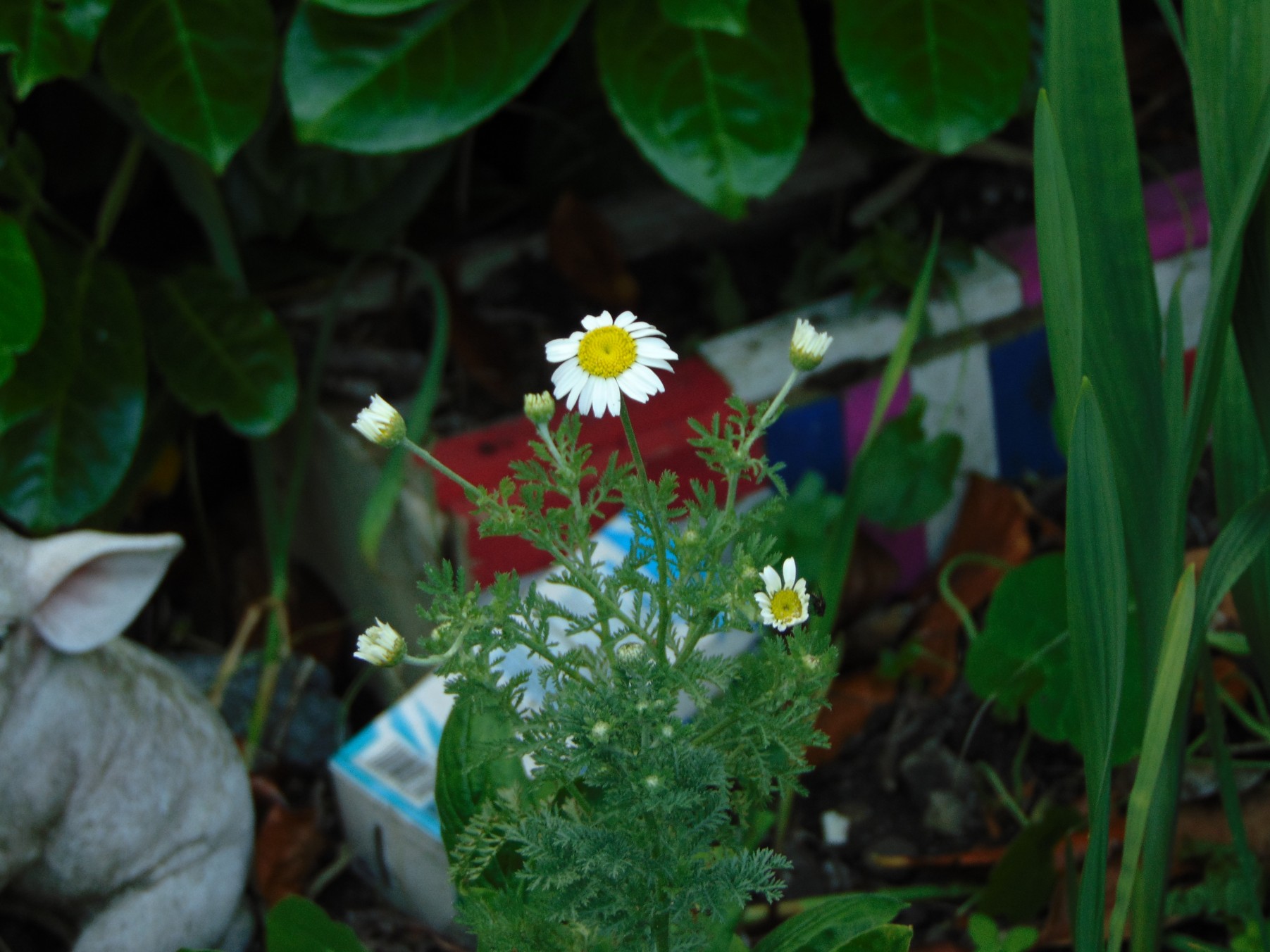 The first flowers from a seed bomb. 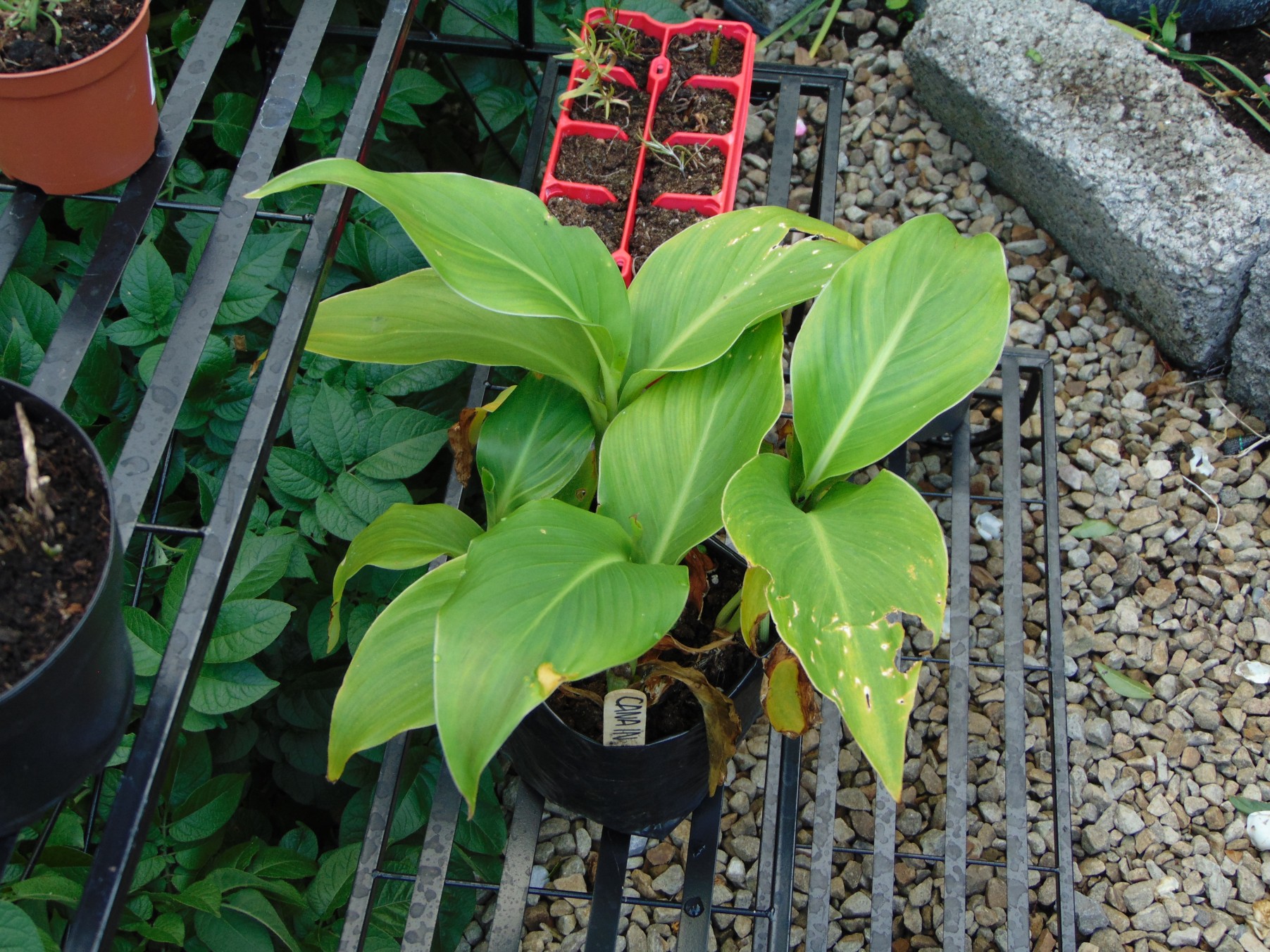 These are still a marvel to me, grown from saved seeds. 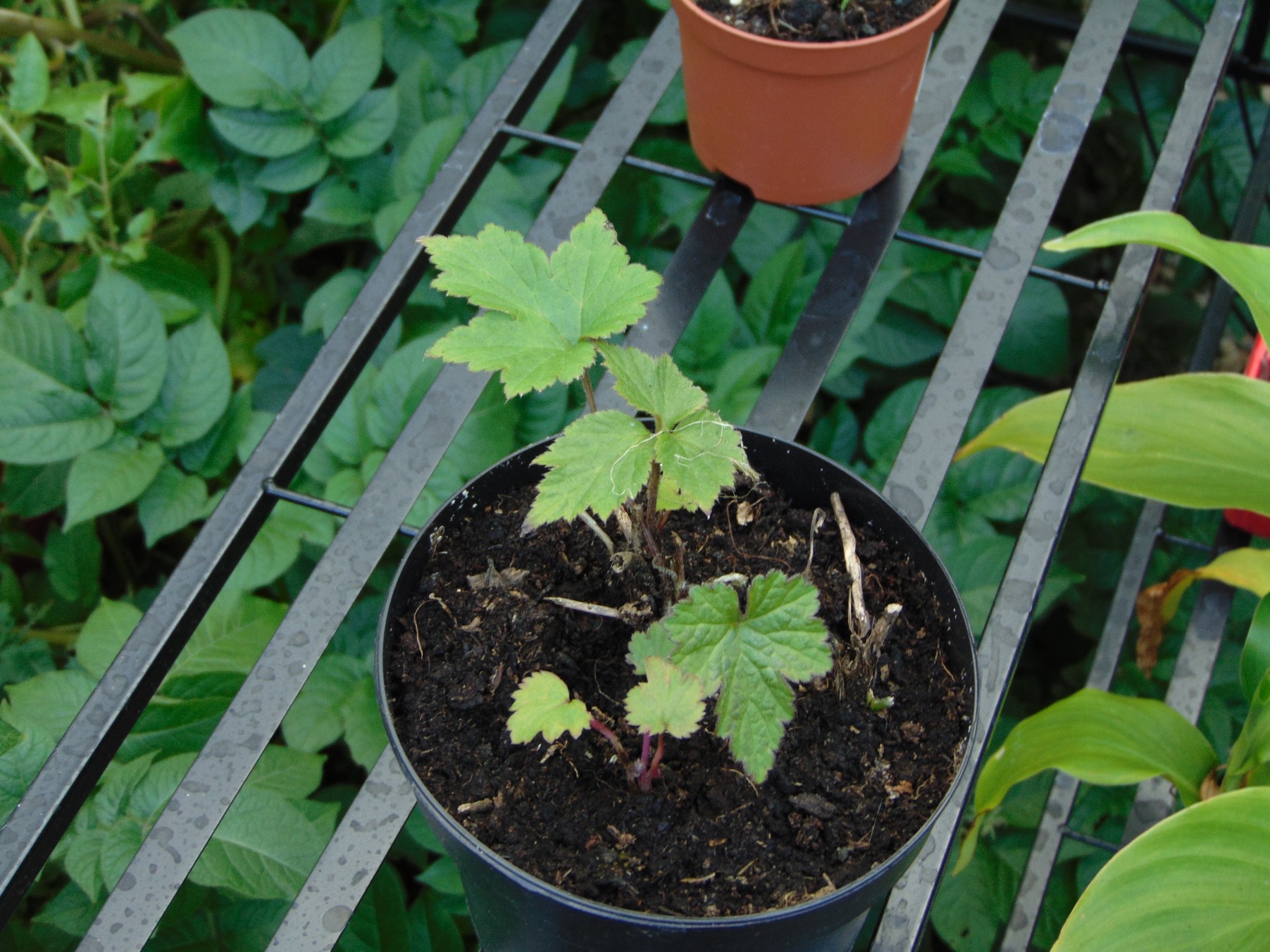 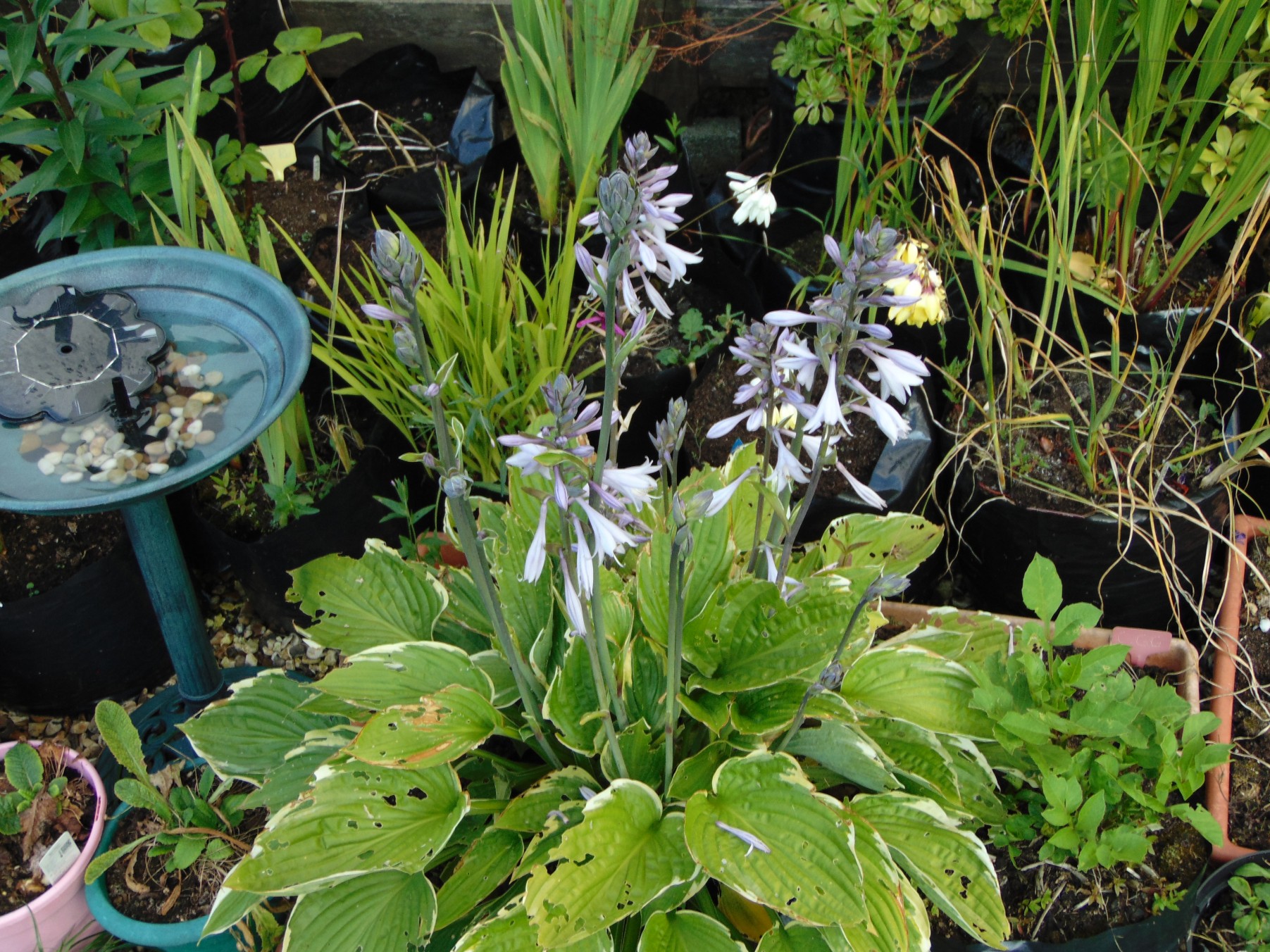 Hosta grown from a root segment. 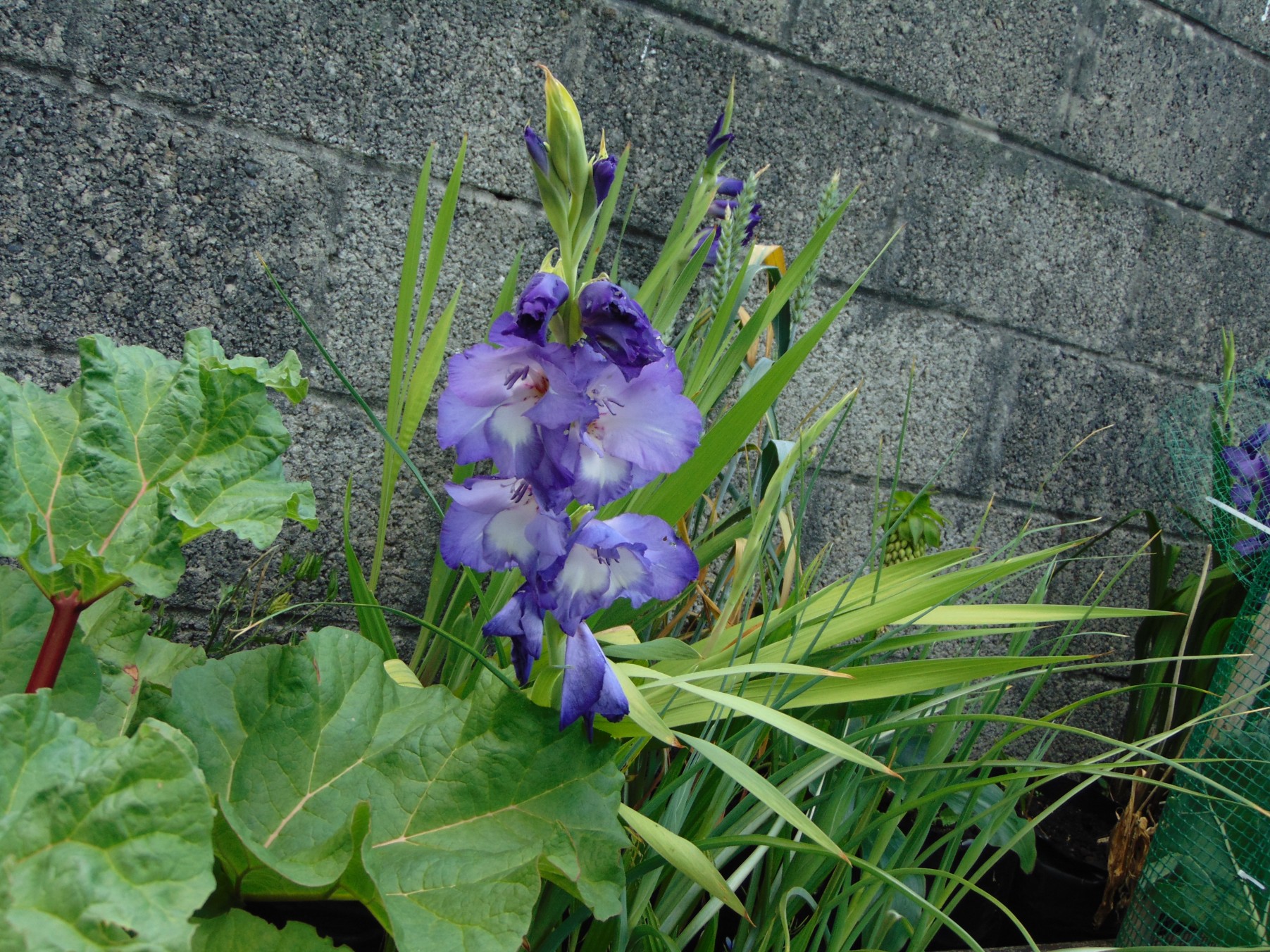 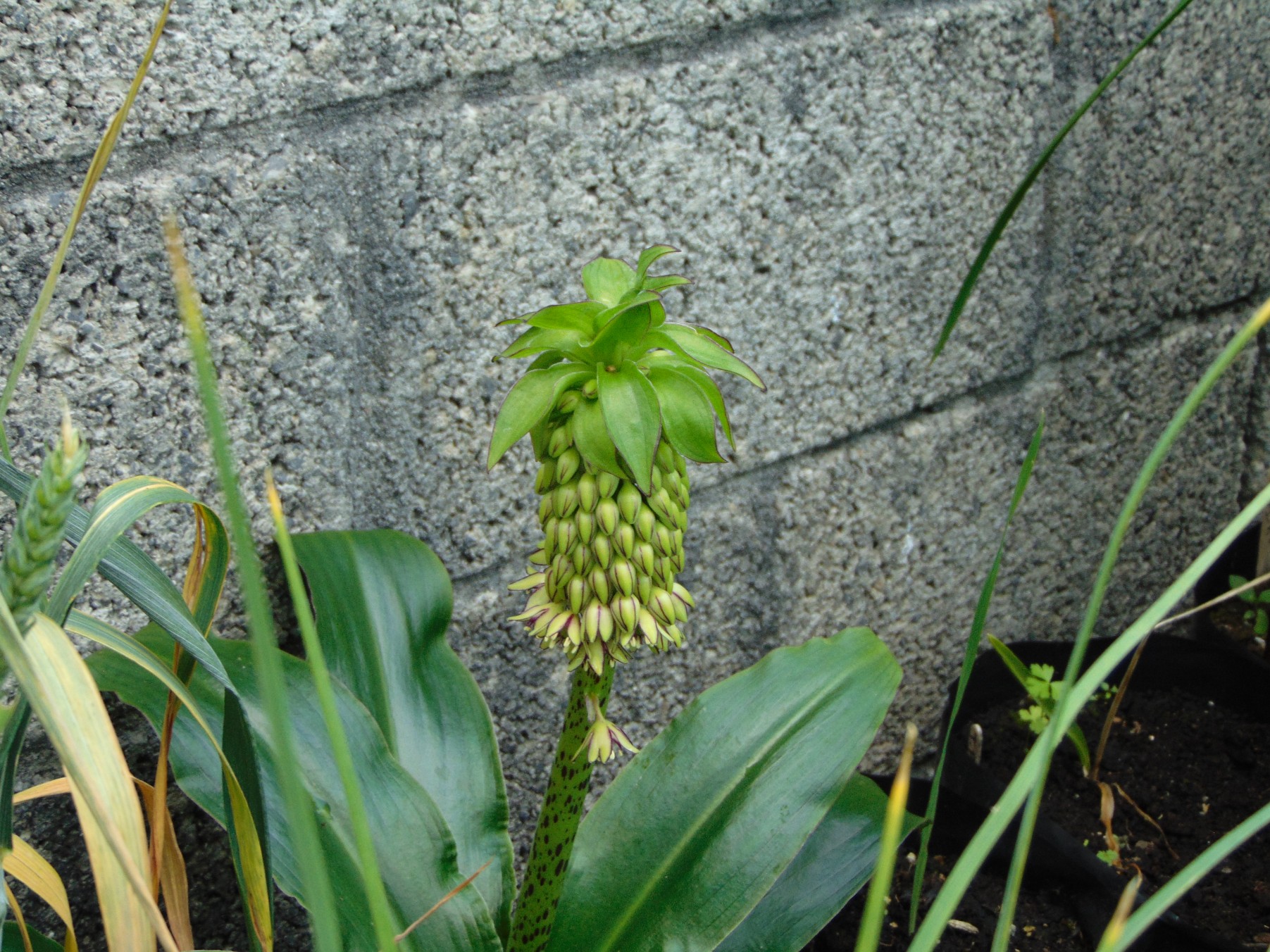 Now I see why they call them Pineapple Lilies. 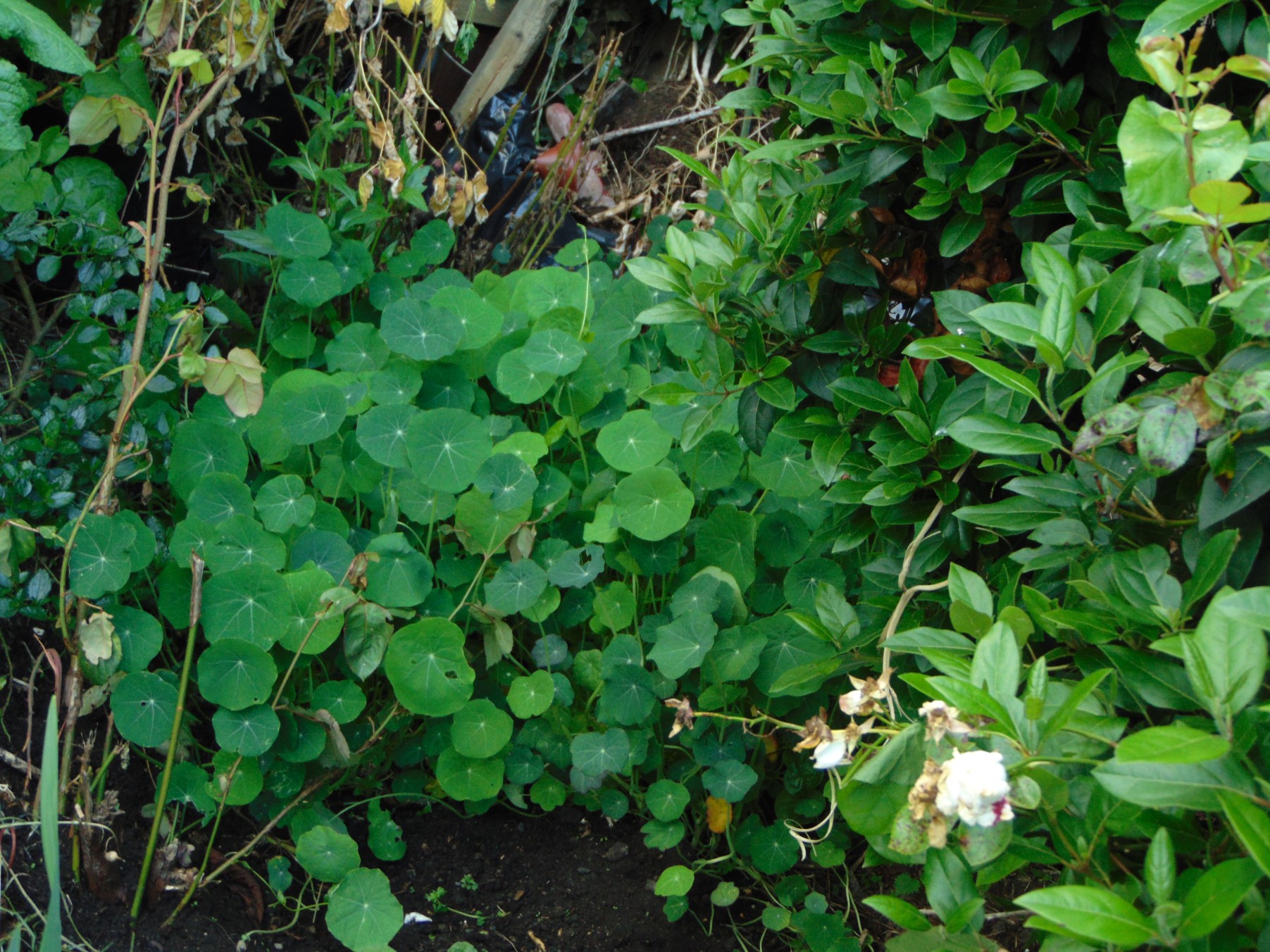 Oh, we’re never getting rid of these now.

I left this as a draft and can’t recollected my train of thoughts. I’ll be back to normal sooner rather than later, Dear Reader. Not much else today, Dear Reader, so I’ll just add a few more photos and leave you in peace. Until later! 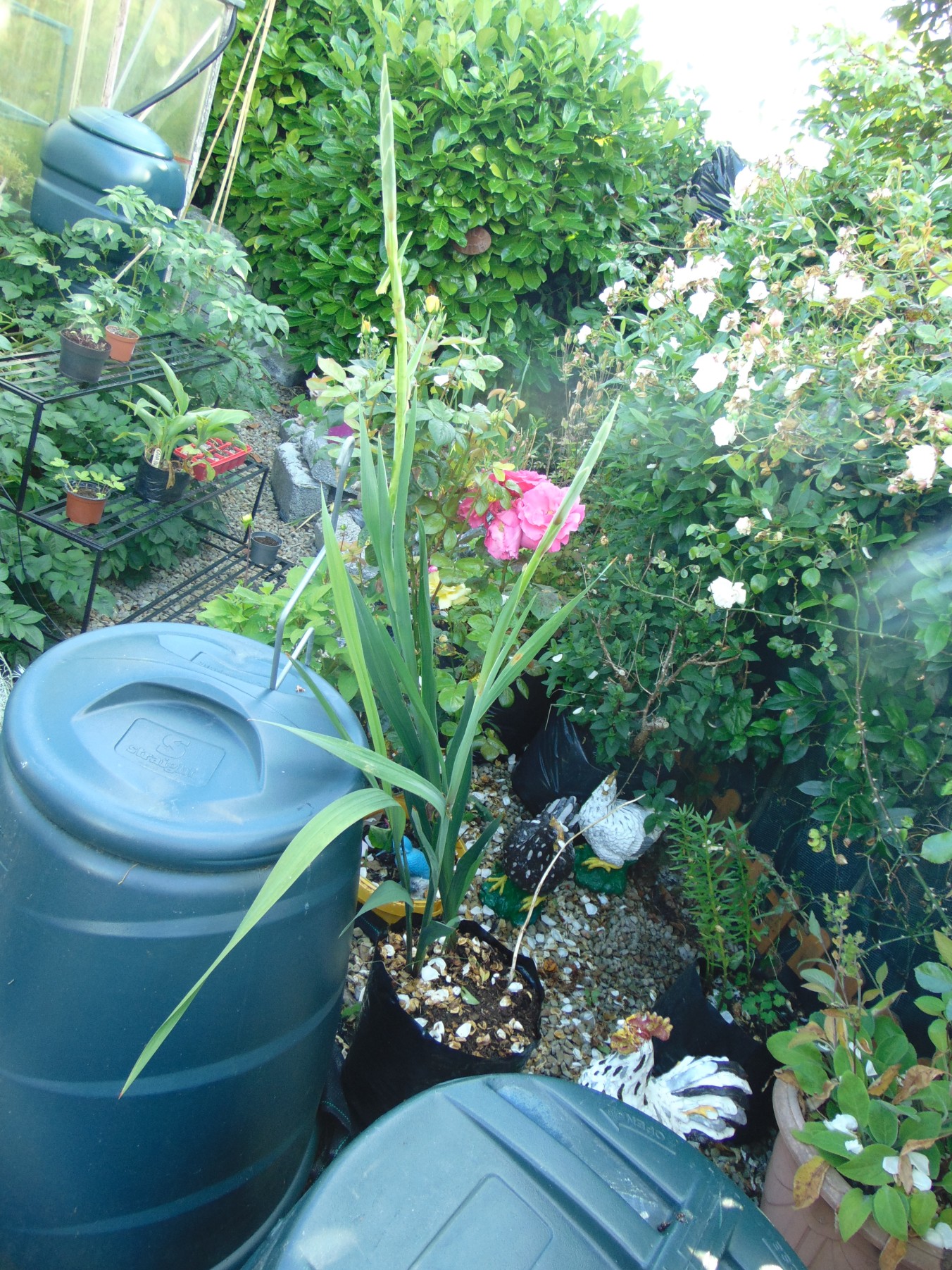 I found these growing through the rambler. I never knew they could get that big. 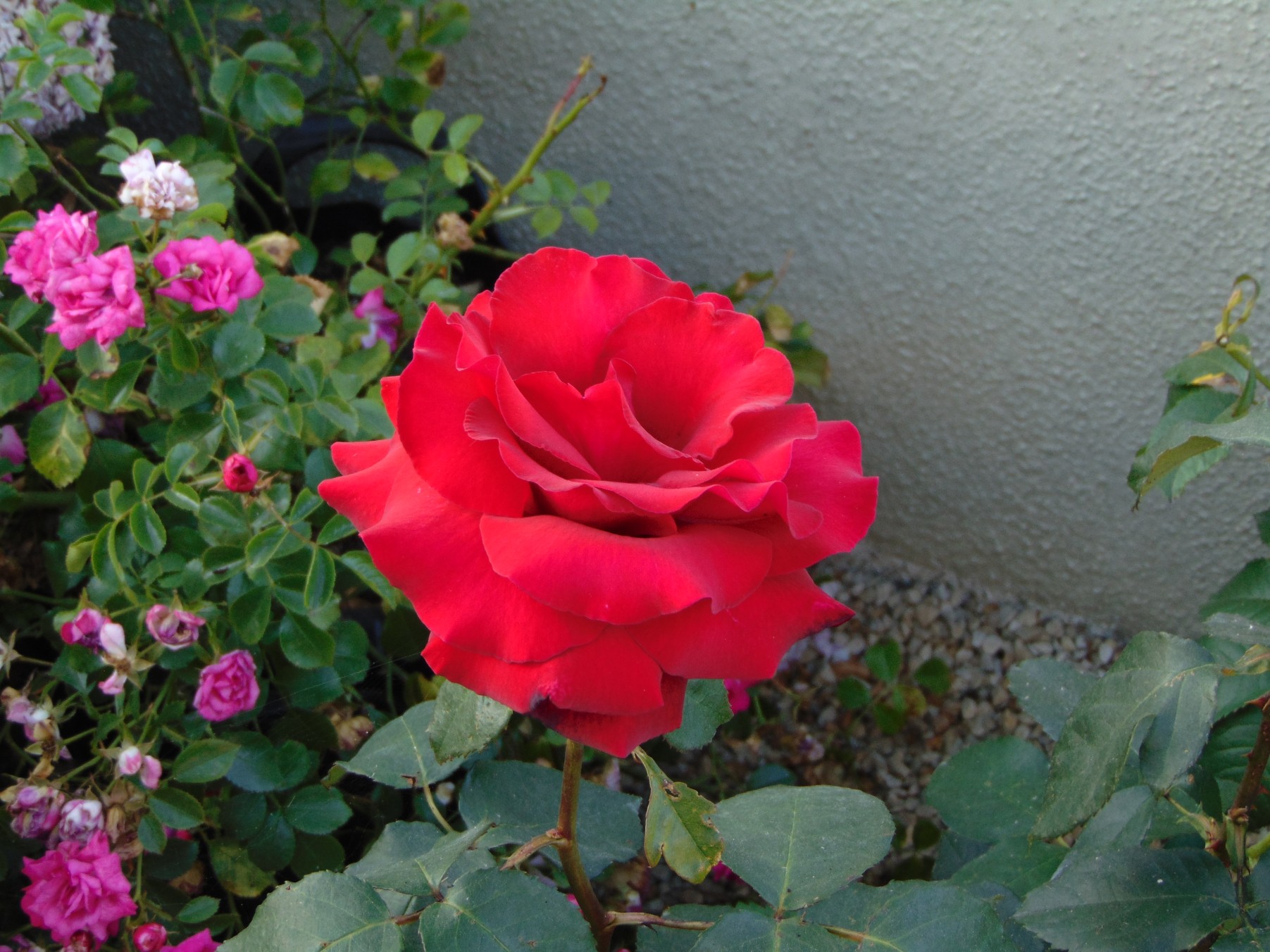 Red roses seem more important to me because I so rarely see them. 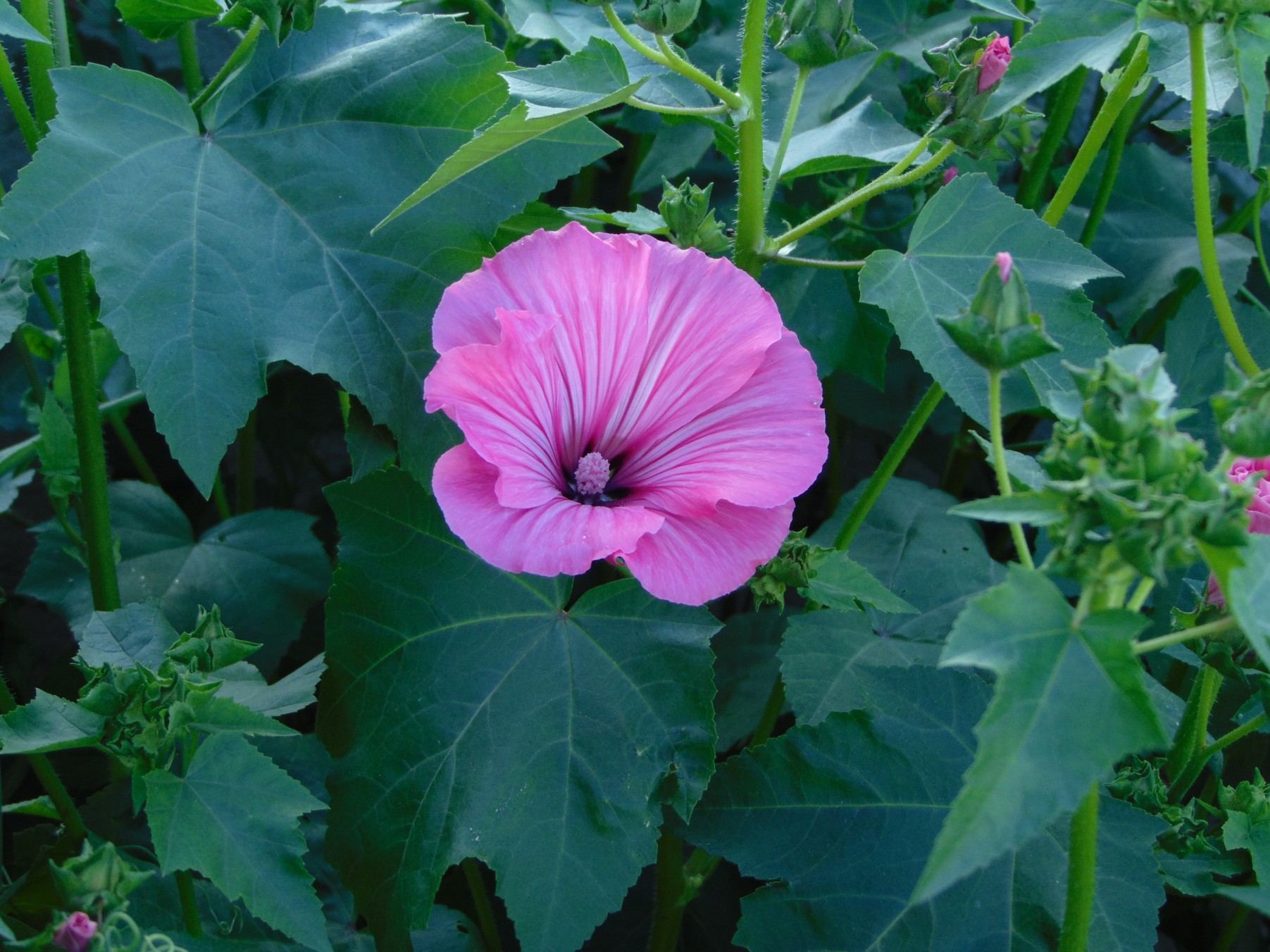