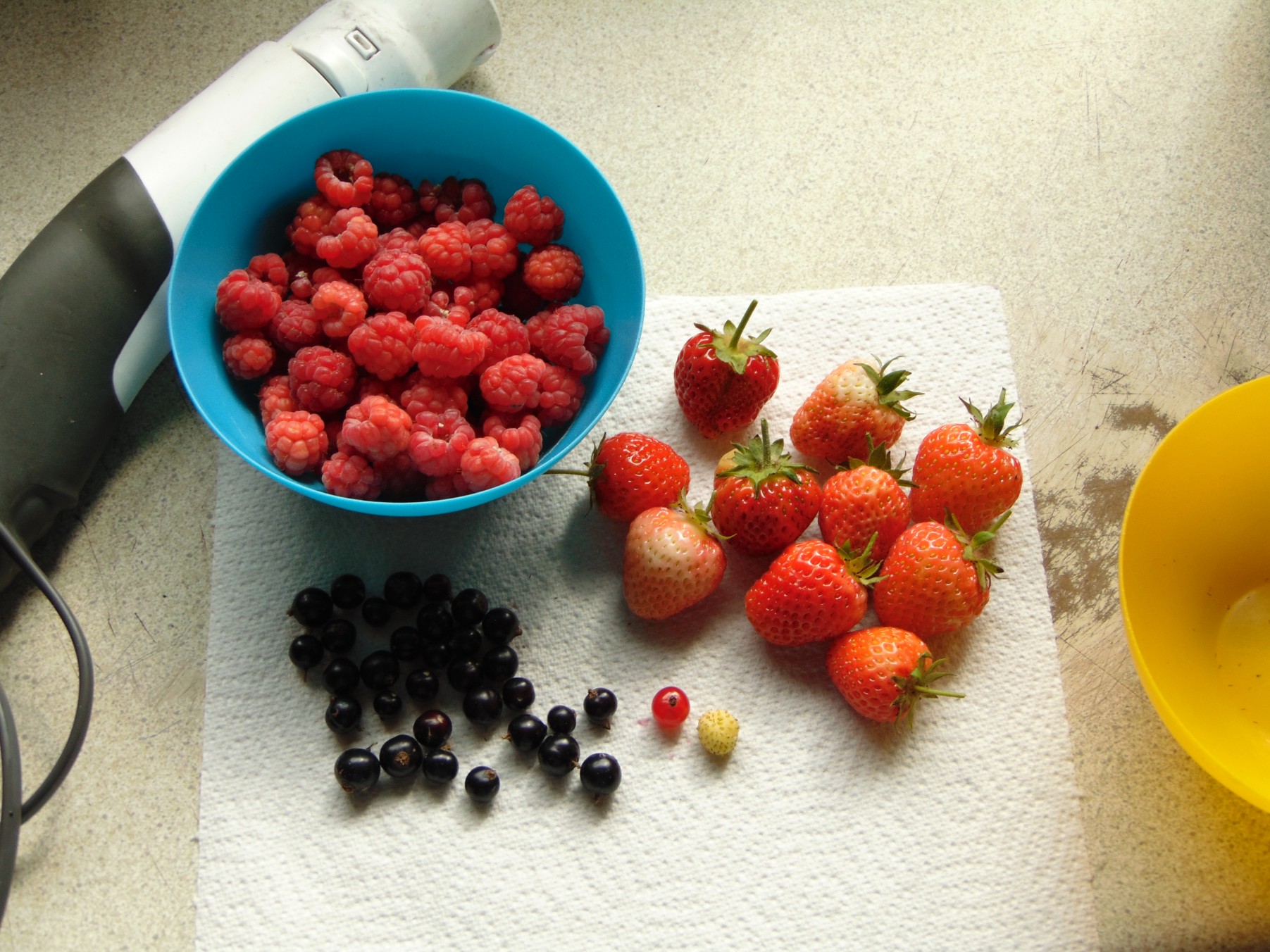 It’s a good year for berries. 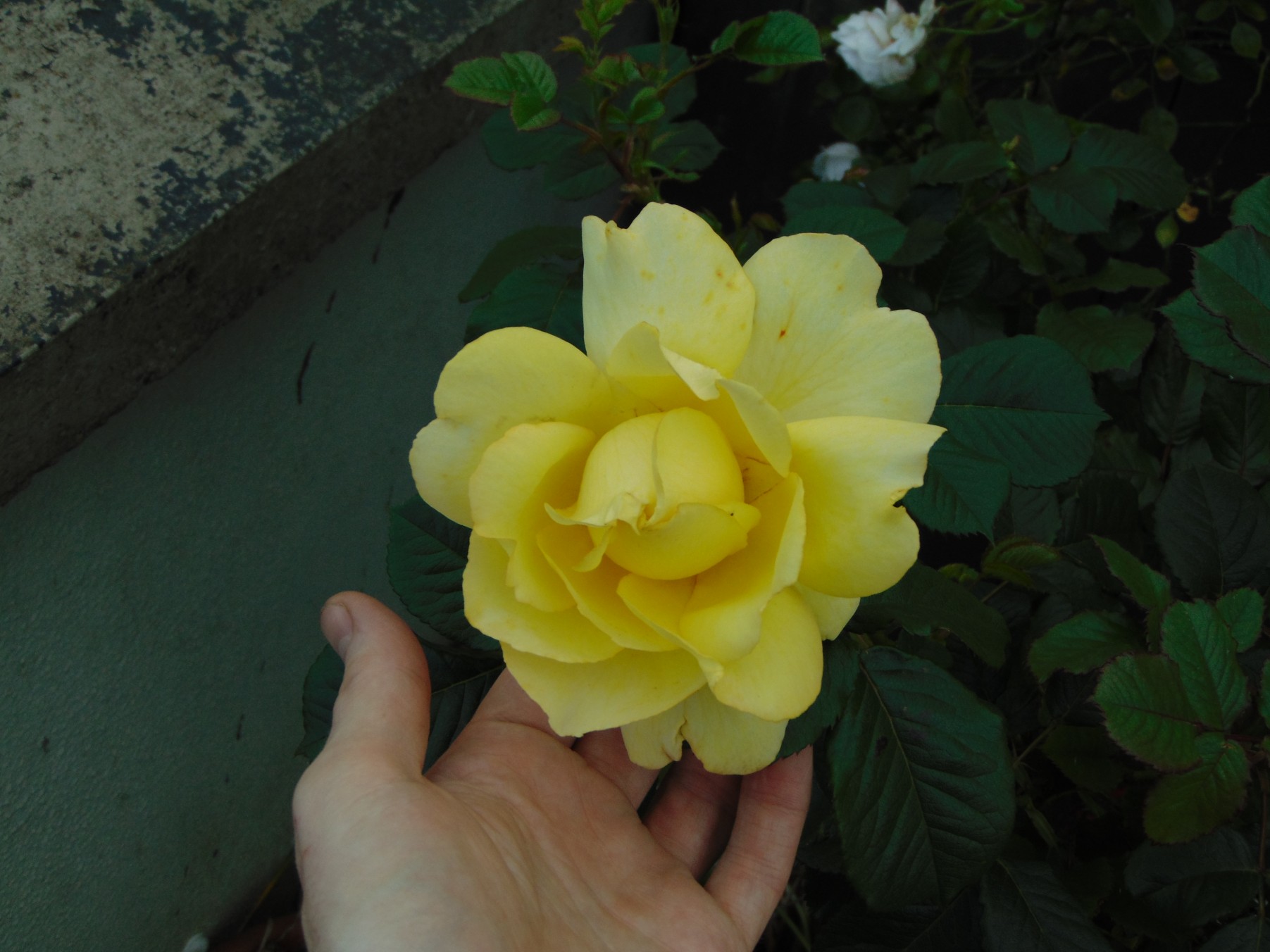 Taken before they bulldozed the house. 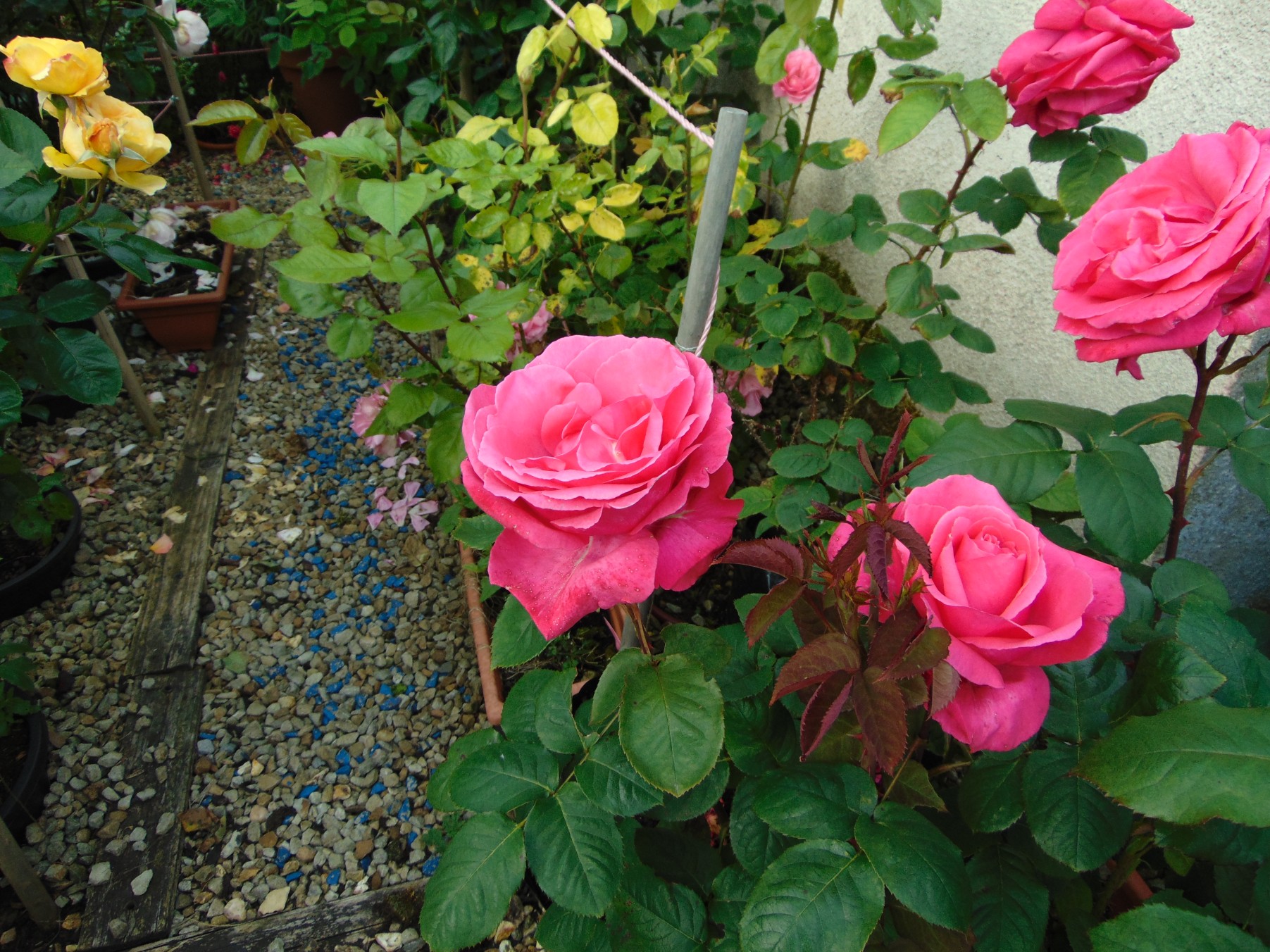 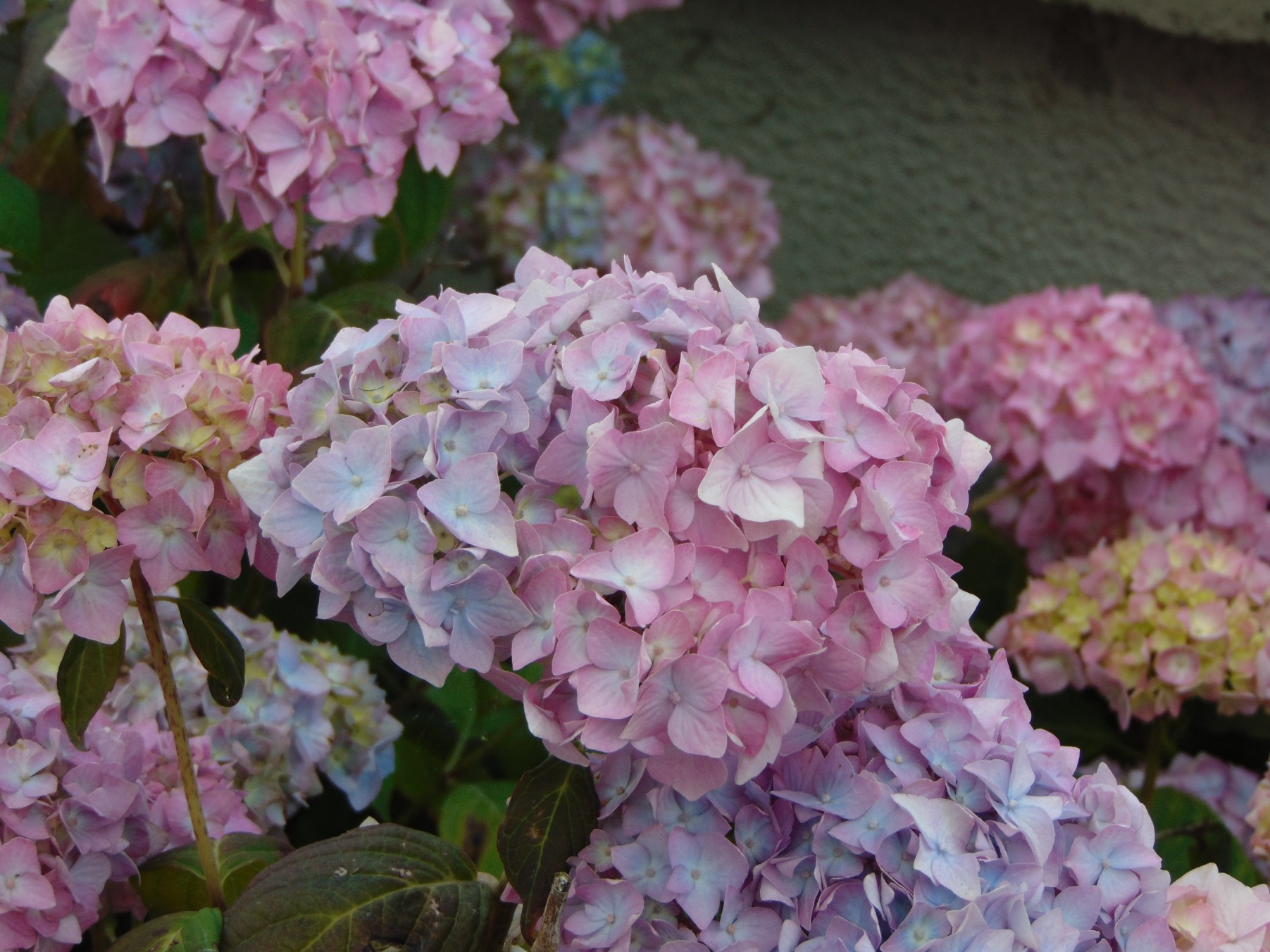 Okay, these are getting better. 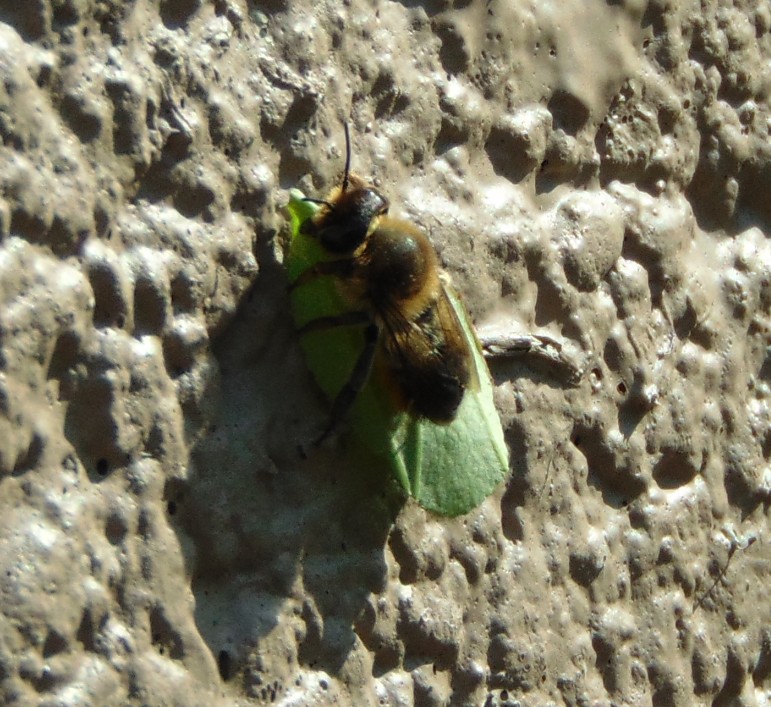 This bee was flying around with a leaf. I thought it was a dragonfly from a distance.

I did it again, Dear Reader, I saw some bindweed in the rose garden, you should see it at the very back, it’s so strong you have to pull so hard to break it, and after gently unwinding it I stuck my hand into the dense thorns and pulled it up in a blind-rage, I don’t know why, but it’s deader than it was and the rose is unscathed. Between this and the raspberry bushes I tossed barehanded, why?, again no idea, into the junk at the back, for the birds ostensibly, really because they’d been blocking my currant bushes, my hands are a map of scratches and cuts. But the garden looks great and I’ll be able to really tend to my currant bushes, white, red and black, and I even re-found, I lose it every year, it’s practically a tradition at this stage, the golden raspberry plant that almost went over the wall, my heart skipped a beat, Dear Reader, there’s no getting in there, once it’s gone it’s gone. I have three huge raspberry bushes that produce large, sweet fruit, these were bitter and small so no loss there, it is hard to get rid of plants, but you lose out by keeping too much and not being able to take proper care of them. 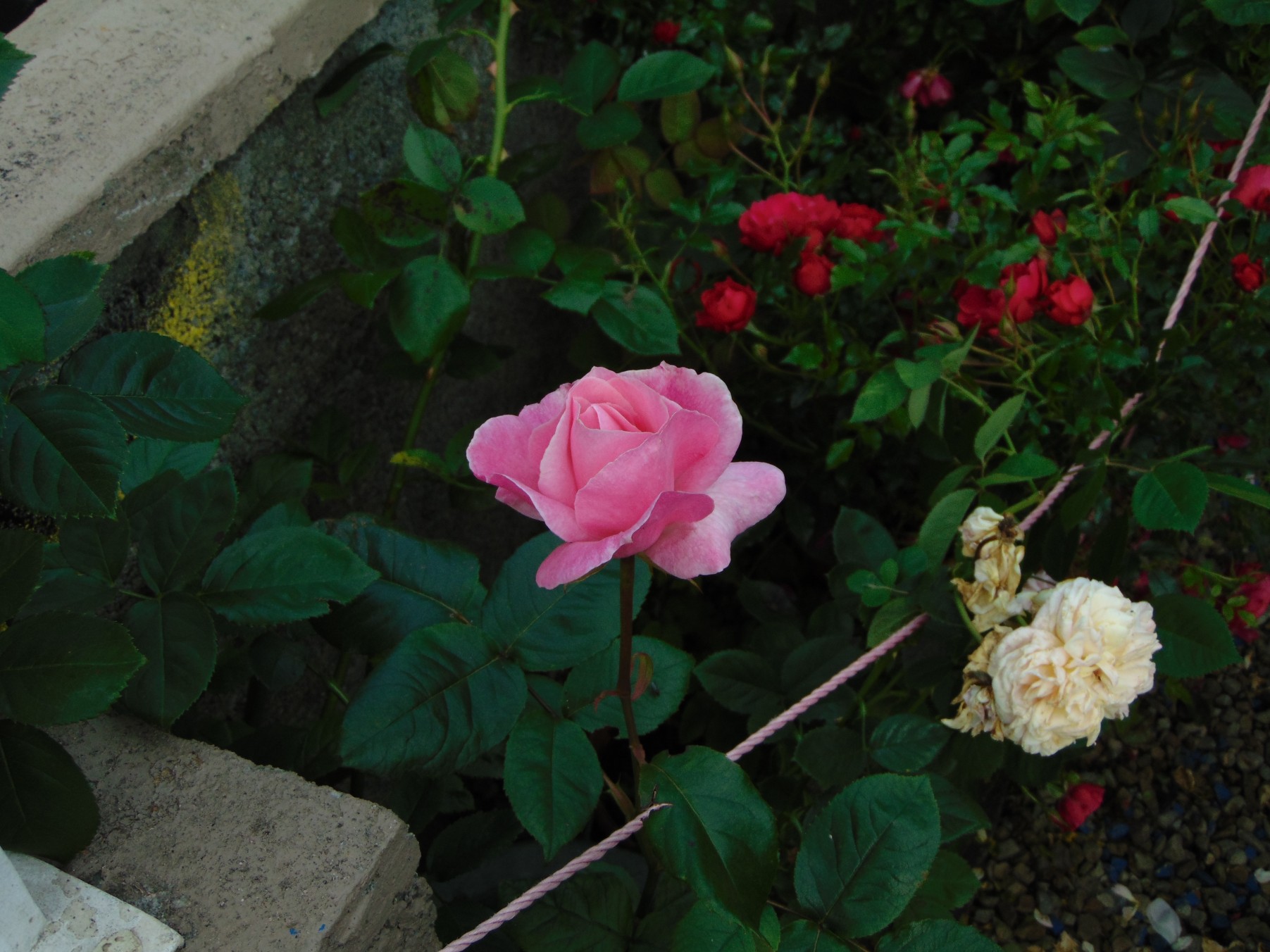 This grows from the same place as the yellow/peach roses. 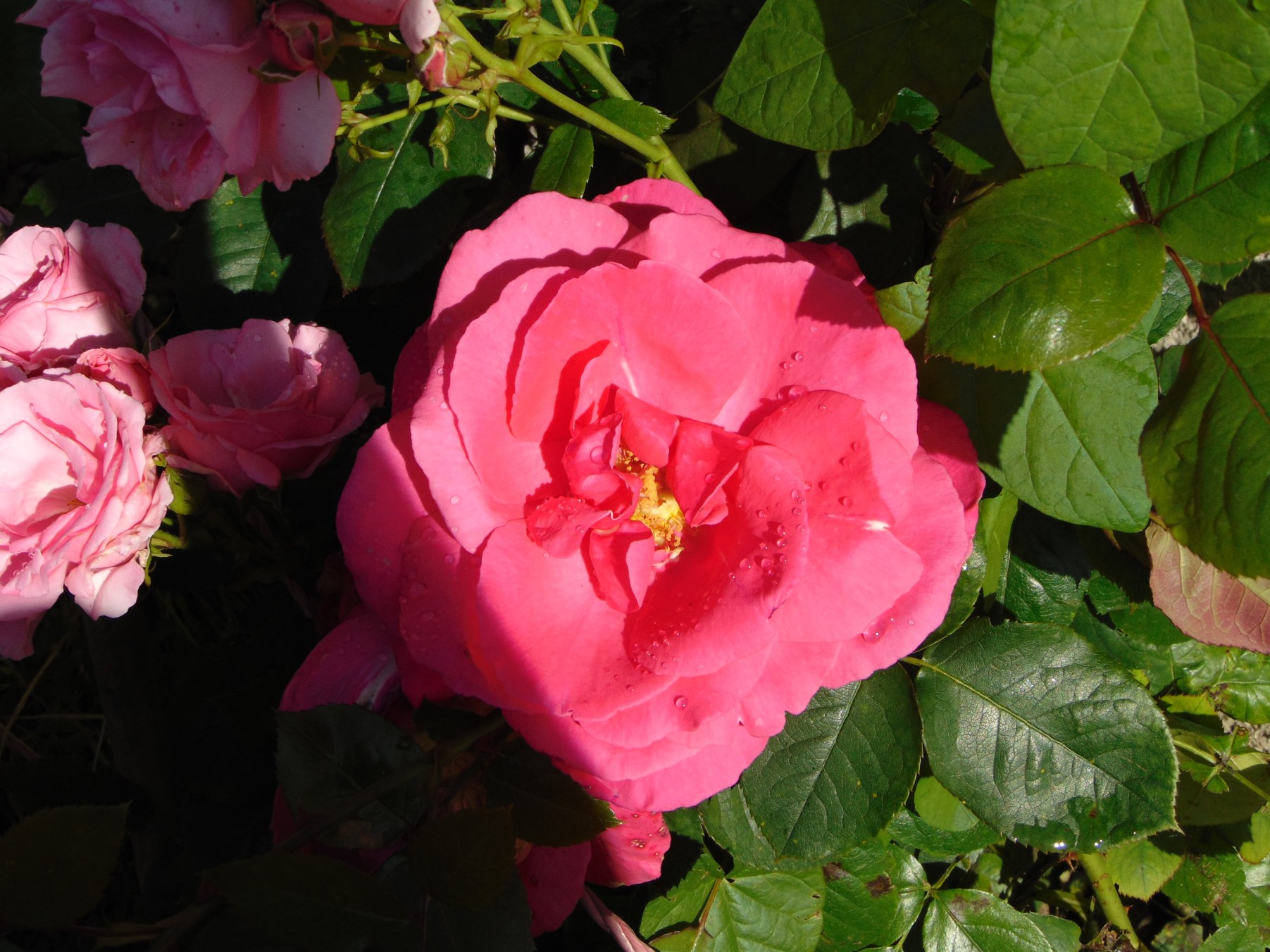 All the roses are huge this year. Maybe the feed, maybe the weather, maybe I’m special…probably the feed. 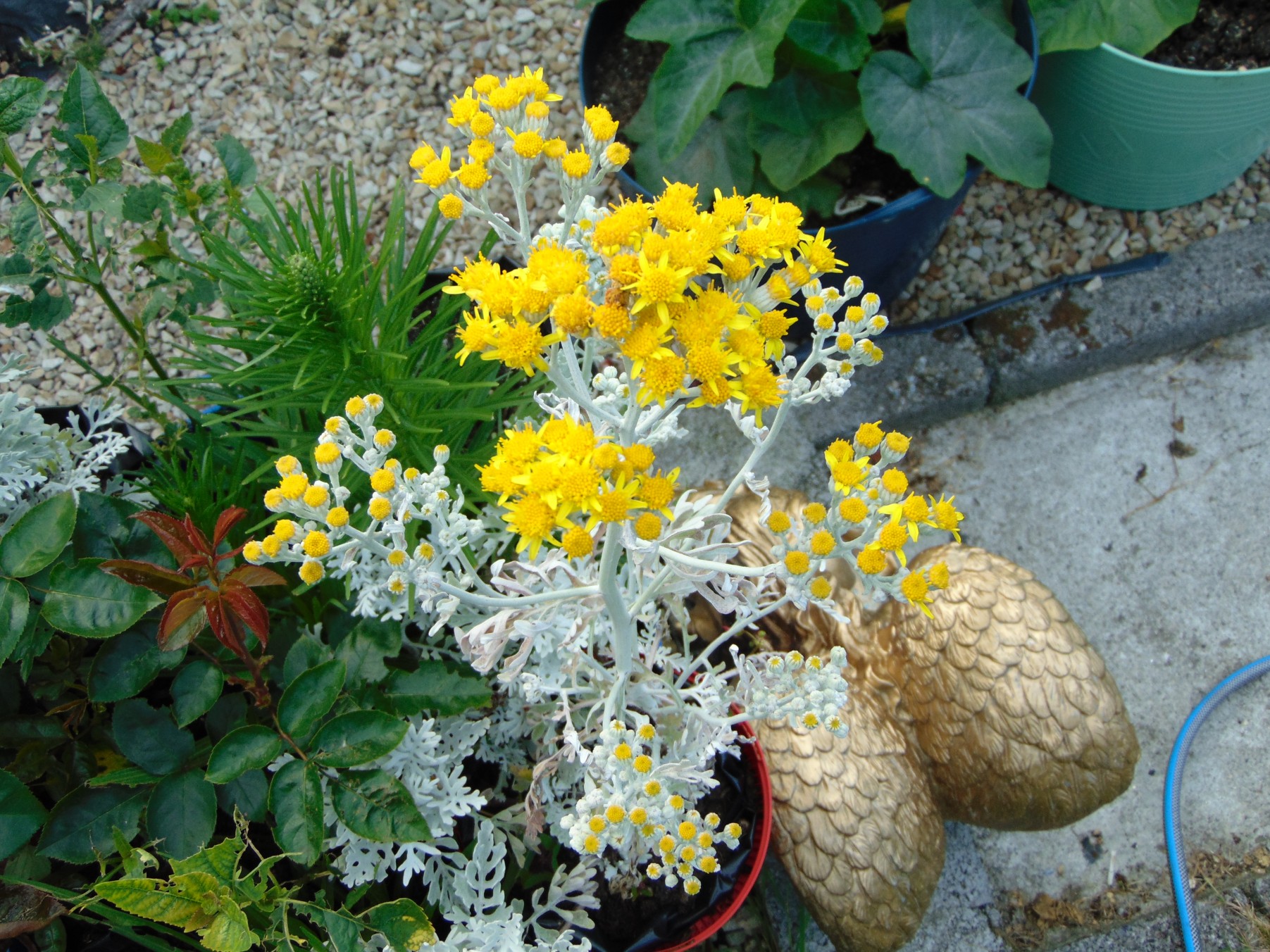 The contrast between foliage and flower is arresting. 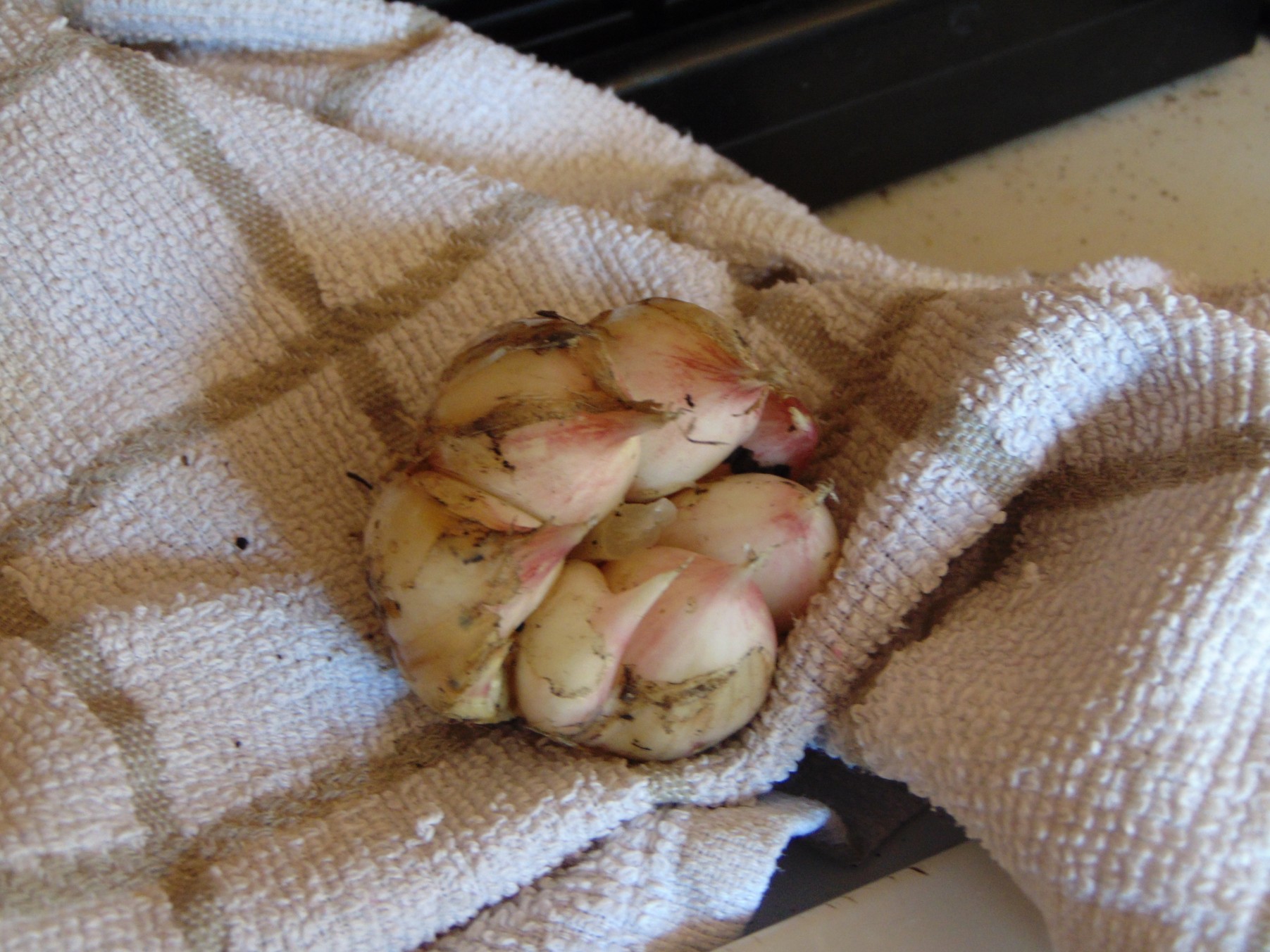 First of the garlic is up. It ripened a lot faster than the others, I almost missed it. A good size and well covered by the skin. 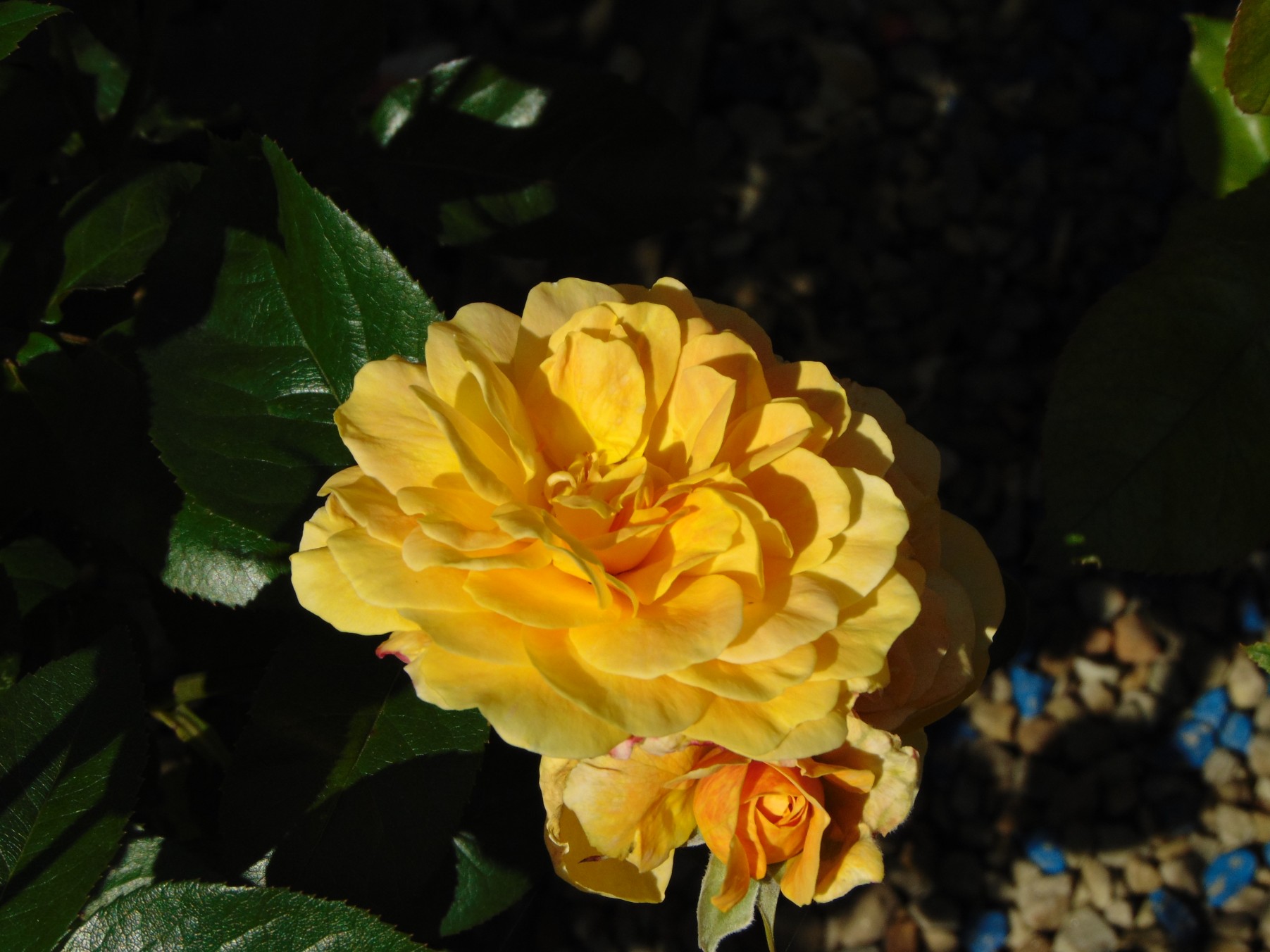 The Yellow rose is in its second bloom.

I’m still working on my indoor garden. Almost everything has been re-potted, the Dragon Skin had literally one teeny root, whereas the aloe vera that I’d been keeping in the greenhouse had these extremely thick pointed white roots and yellow roots sprawling everywhere. They’re both in pots, I’ve forgotten to take a photo, they look good, trust me. I’m mixing coconut coir and potting compost, just barely wetting it to start. I’m using aquarium gravel to decorate the top layer, it looks better than just dirt, but what doesn’t? You can get a lot cheap if you rummage around on Amazon, I don’t mind spending on what makes me happy, but I found three times the gravel for the same price as one. I have a good bit left over, but I’ll find a use for it in time. The hardest part is knowing I can’t endlessly re-pot these plants, I have to let them grow so big and then just stop. That hurts, Dear Reader, I want giant huge plants that block everything! Or maybe not. 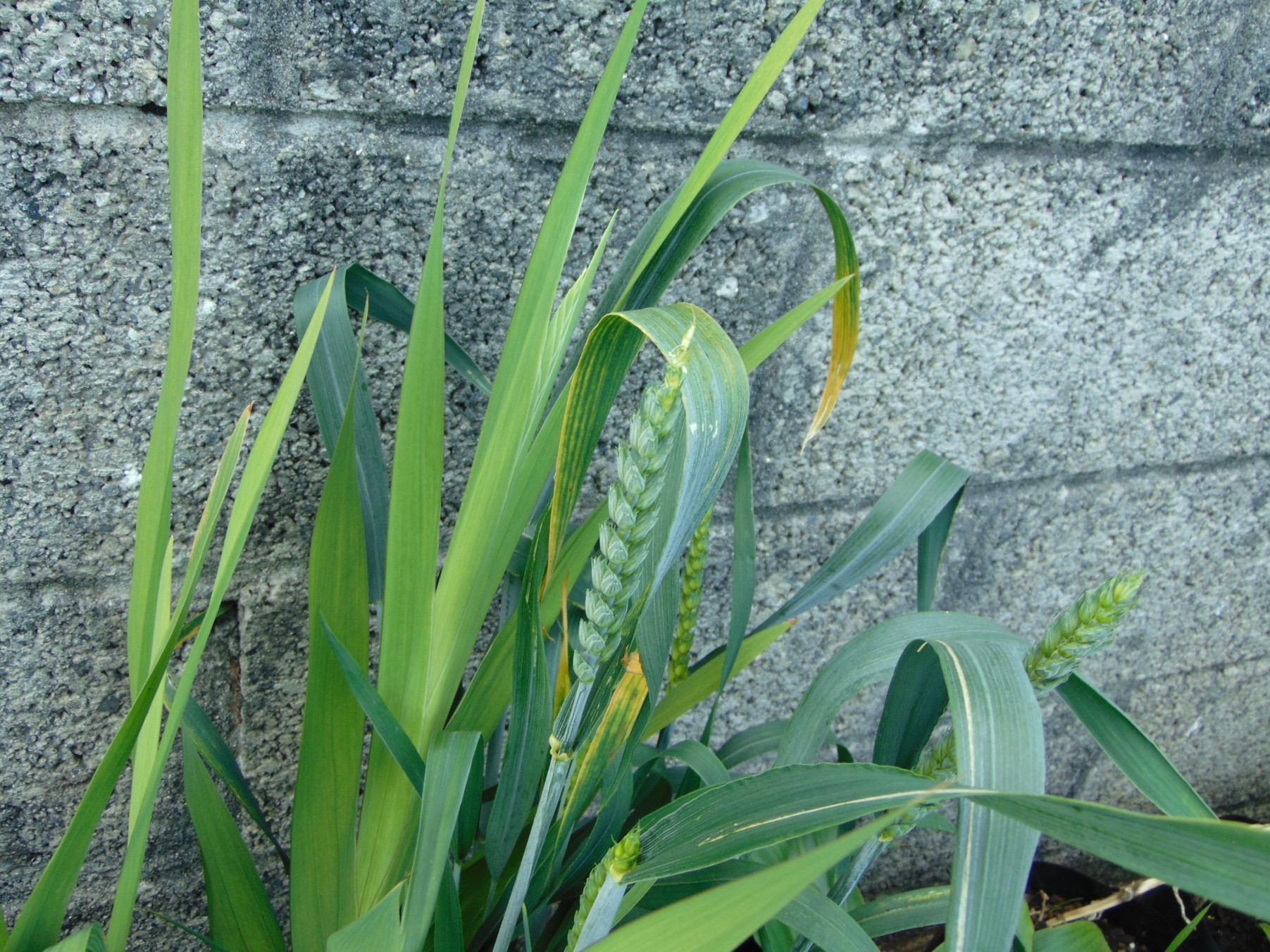 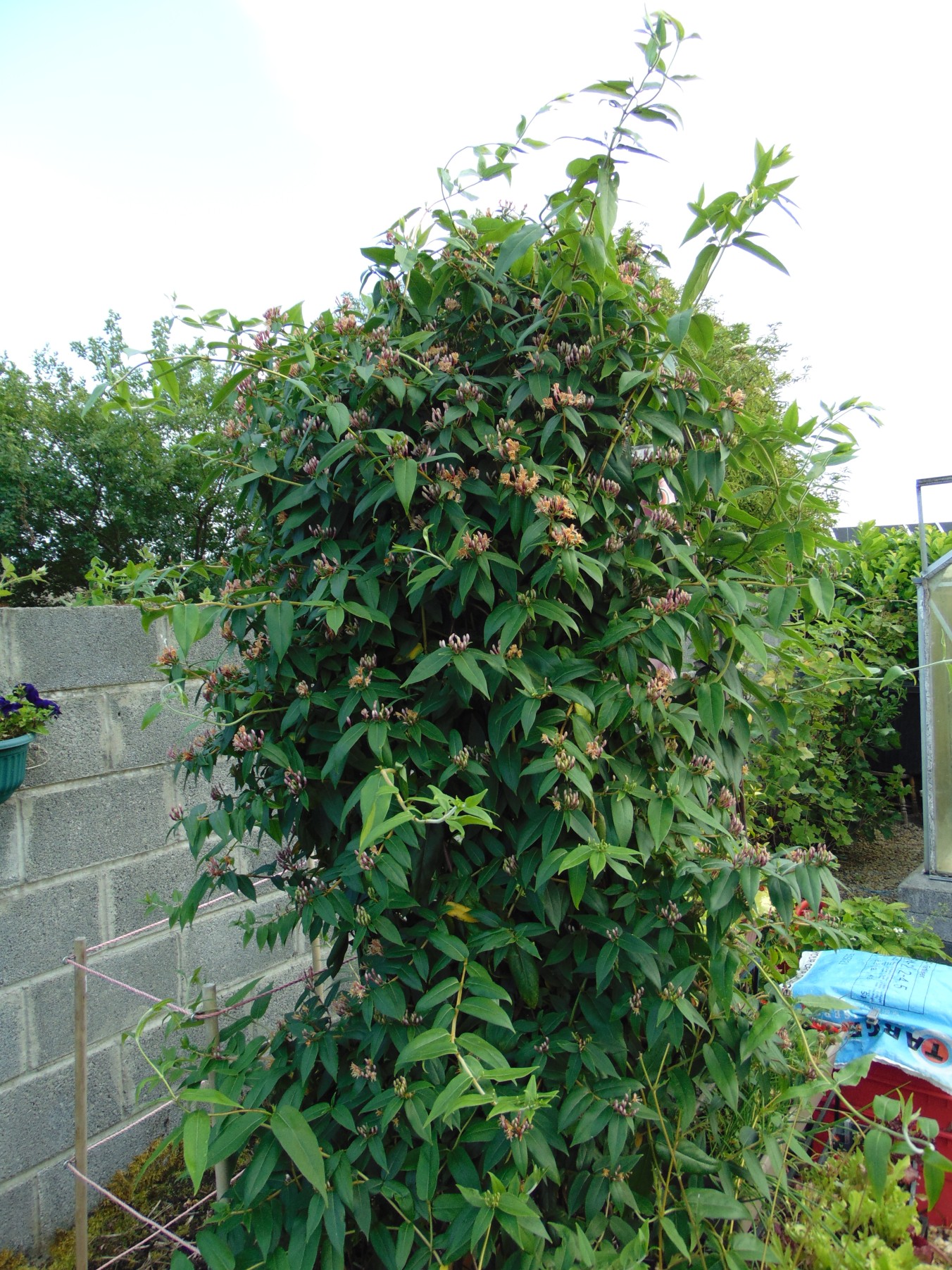 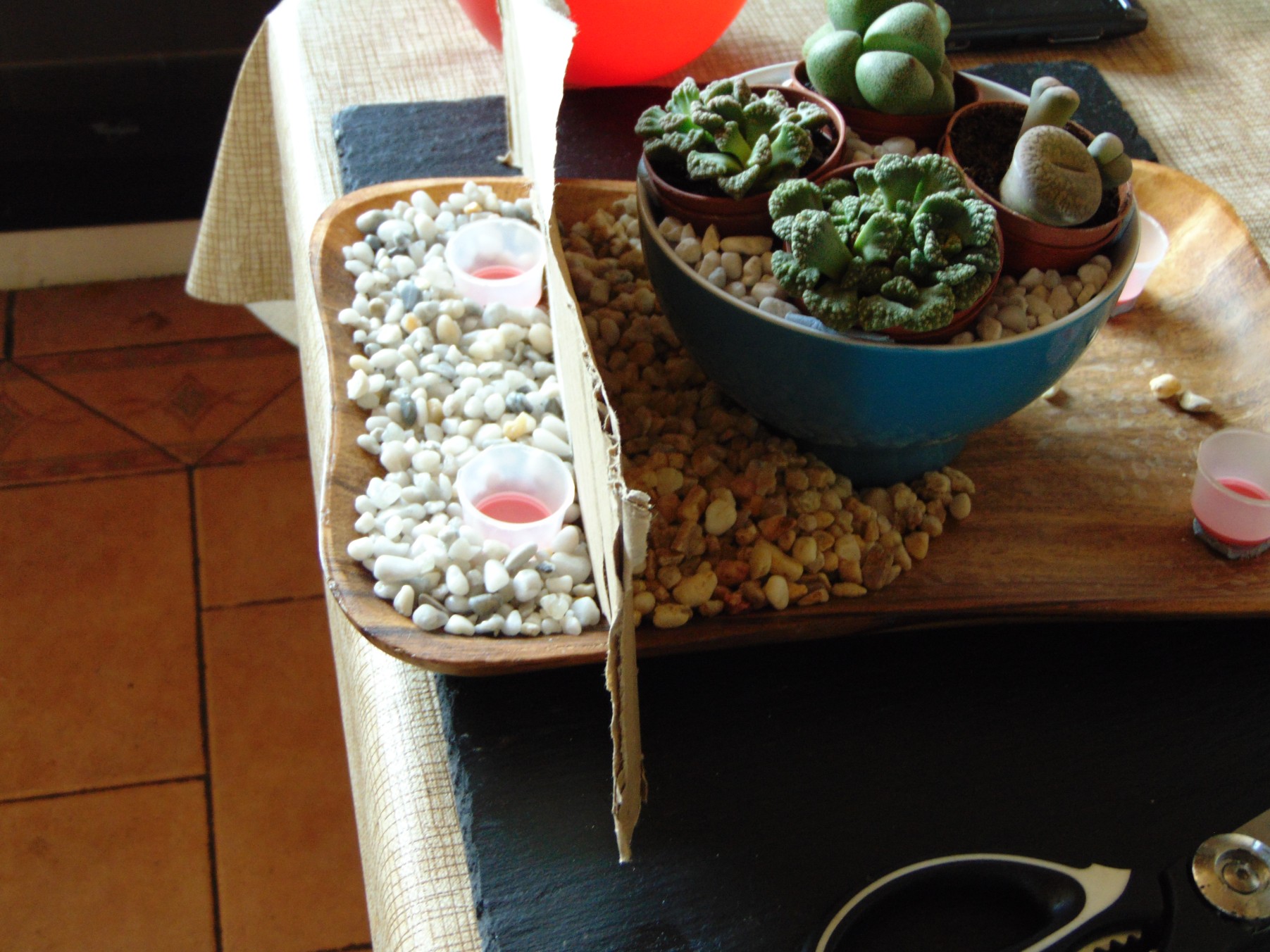 The secret to straight lines of stones. 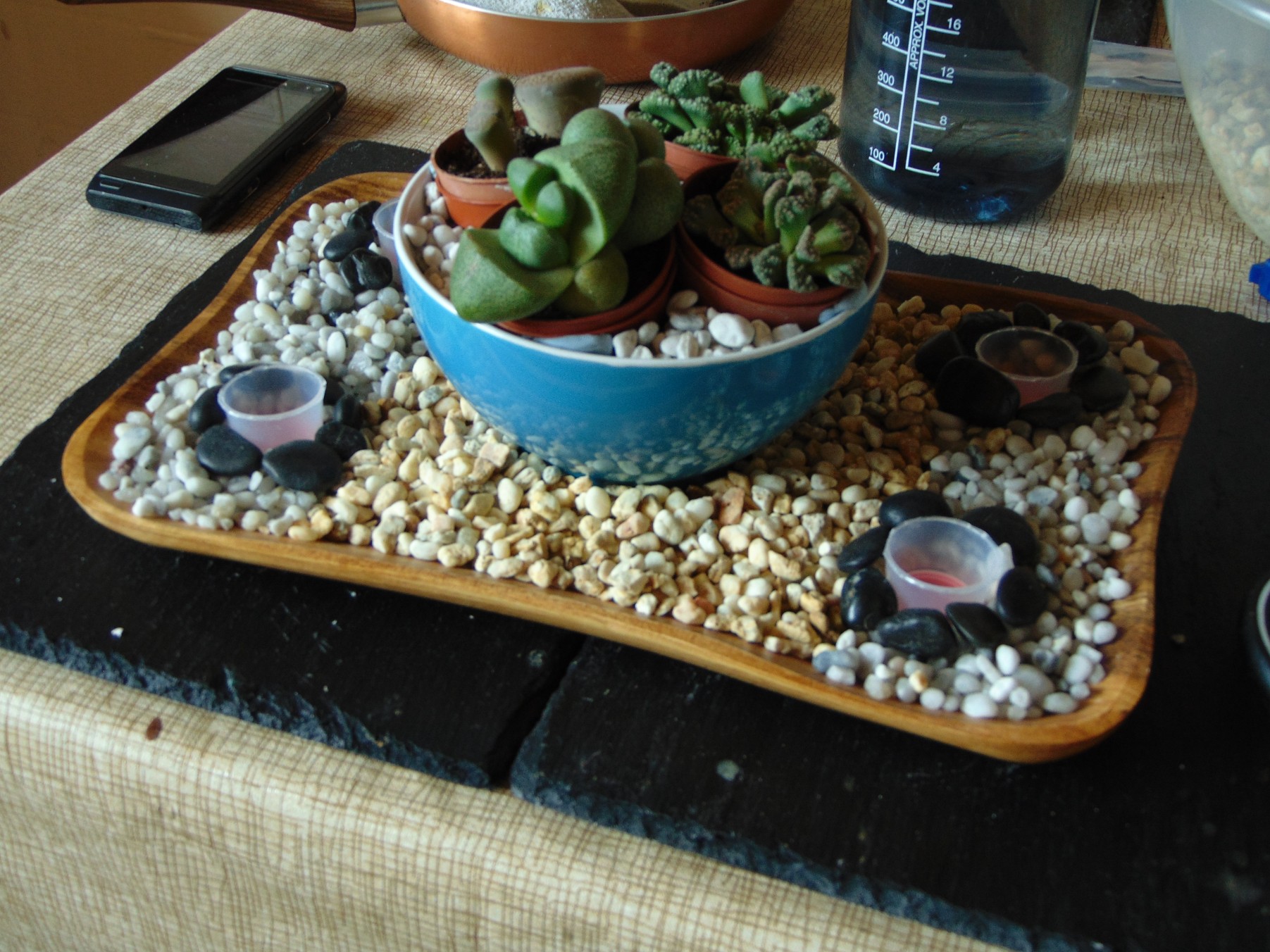 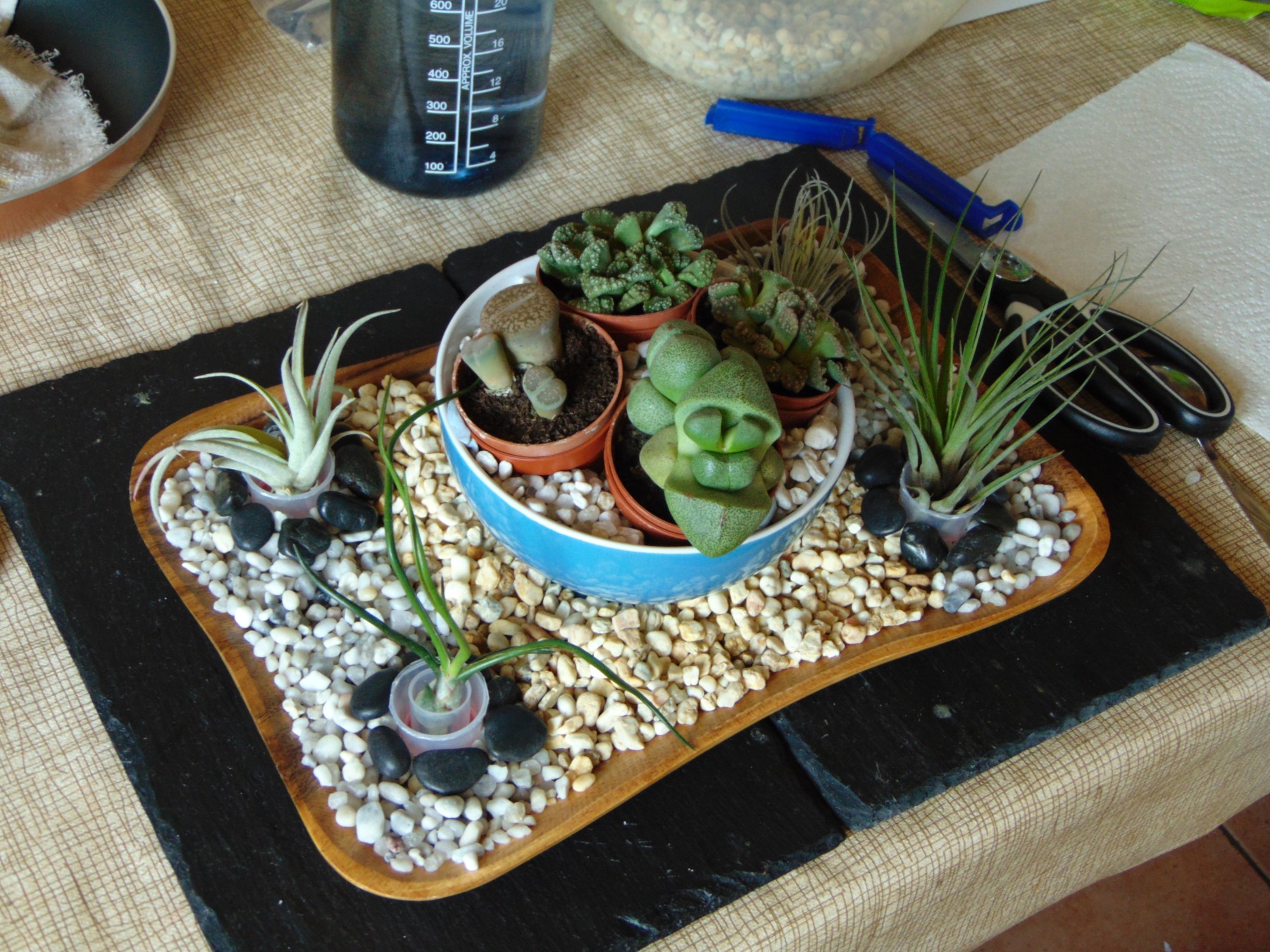 I’ve been busy keeping everything wet, I started when it was just slightly warm, making sure I didn’t repeat the mistake I made with last year’s heatwave and the plants are better for it, everything is well soaked and a top up spray is doing them the world of god. The onions are almost ready, the garlic too, the potatoes are drooping due to the extreme heat and reviving within an hour after watering so I think they’ll be fine. No signs of blight, there was a warning, but I’ve kept them in the best position and they’re not overly wet at anytime. The basil is struggling a little, it hasn’t been a great year for it, too cold when it needed heat and with he sudden heat it seems to have stalled, it might take a sudden spurt later, I have had a large harvest already so I can be patient. The squash finally look like they’re getting ready to set fruit, there won’t be a repeat of last year’s record breaking harvest, I just want a normal harvest and I’ll be happy.  There will be a flurry of activity at some stage, a lot of harvesting and curing, the pay-off of all these months work. Nothing too new, but I hope you enjoy the photos, Dear Reader, I’ll be back later, until then, take care. 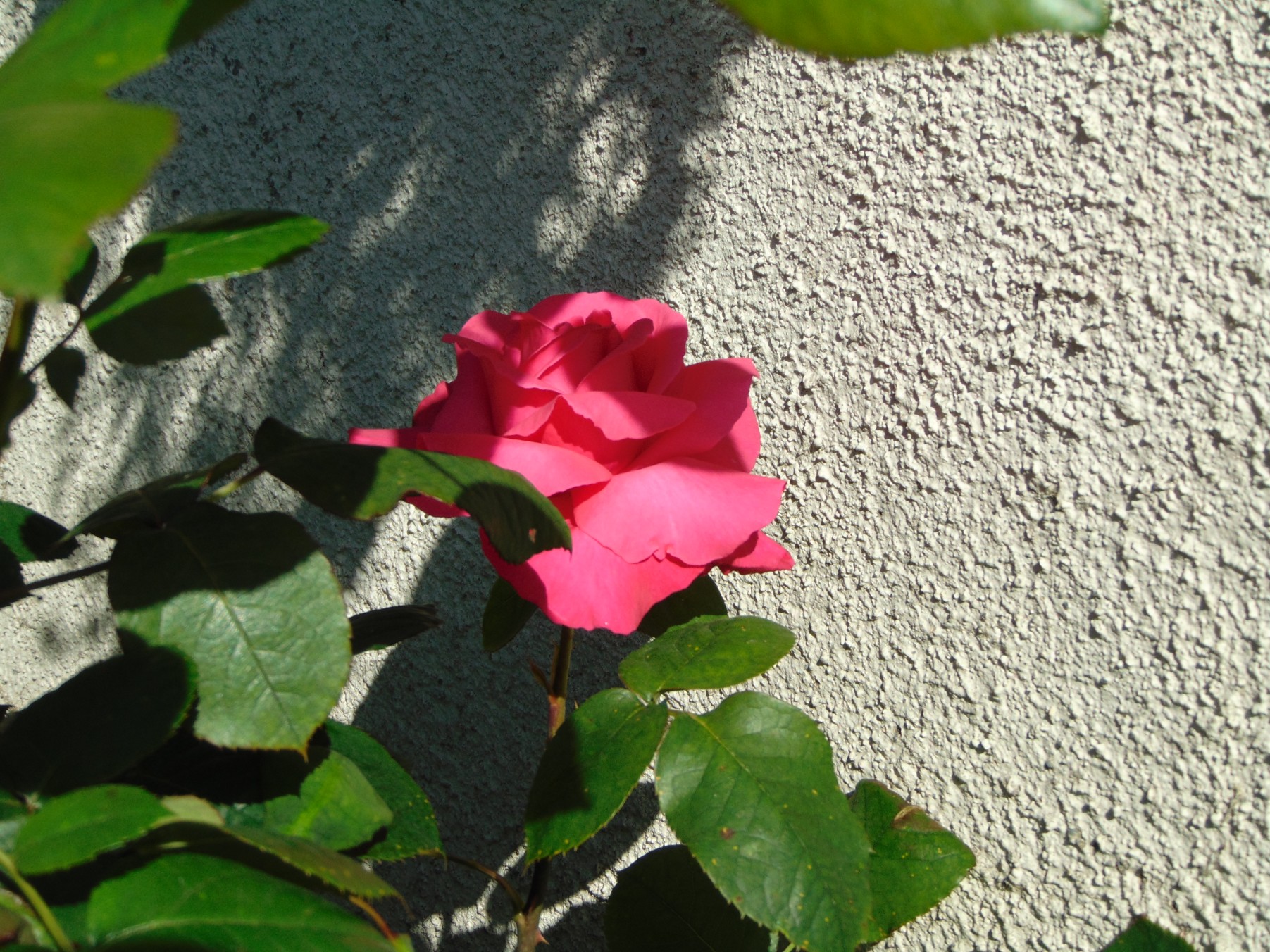 Rescue rose, this woman had a lot of pink roses. 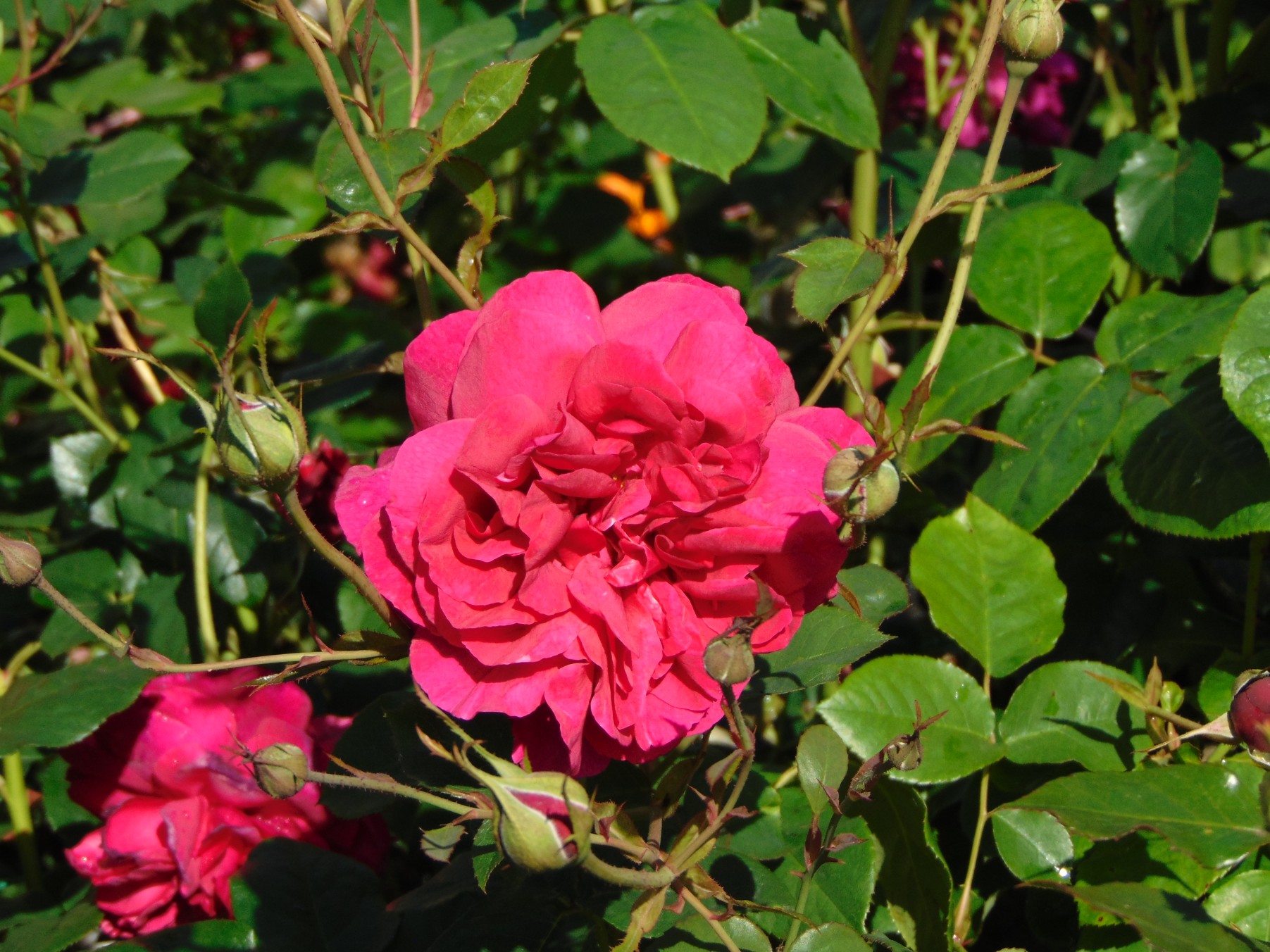 A clone…I think, they are about fur of these, two clones, all huge. 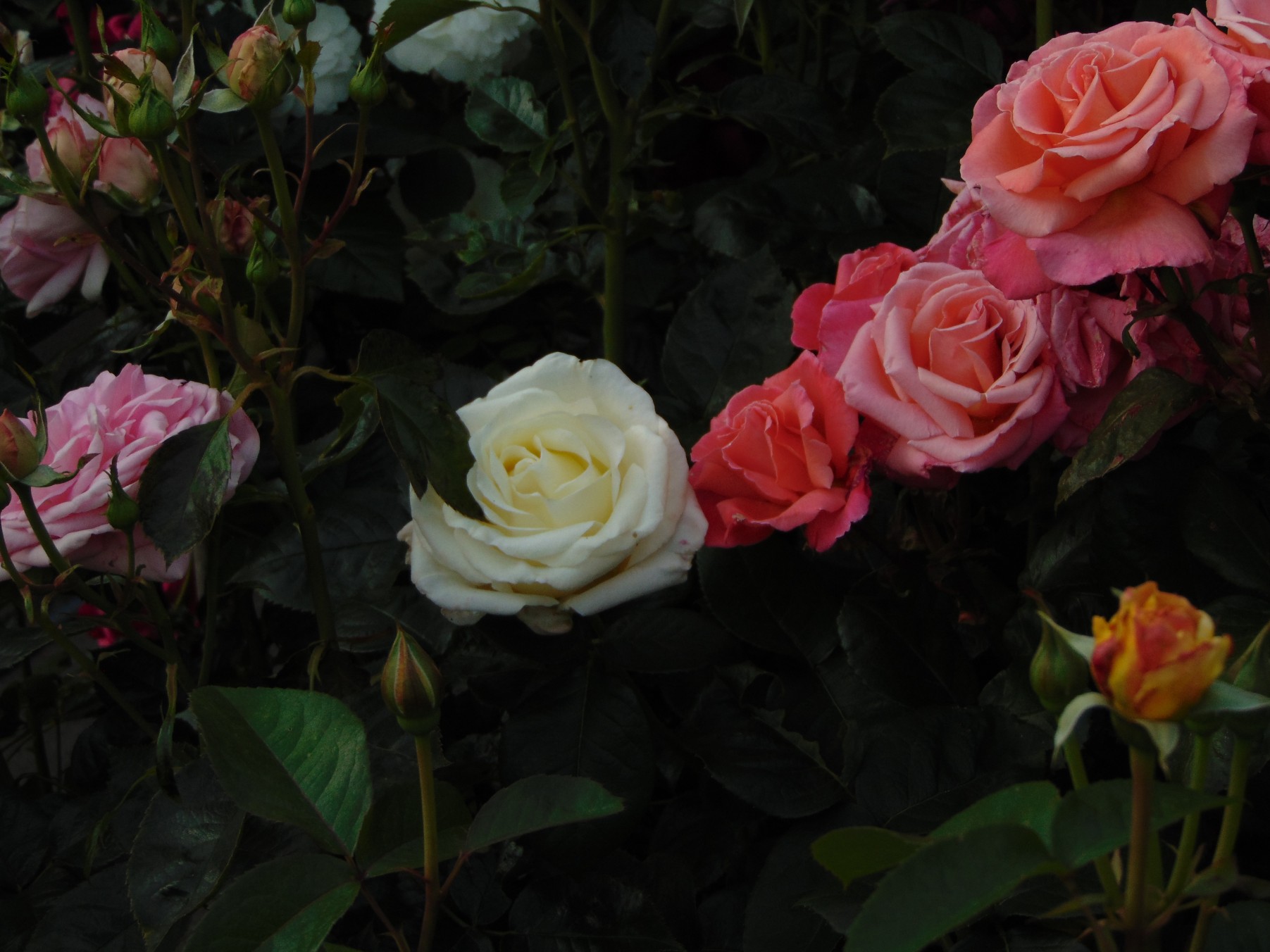 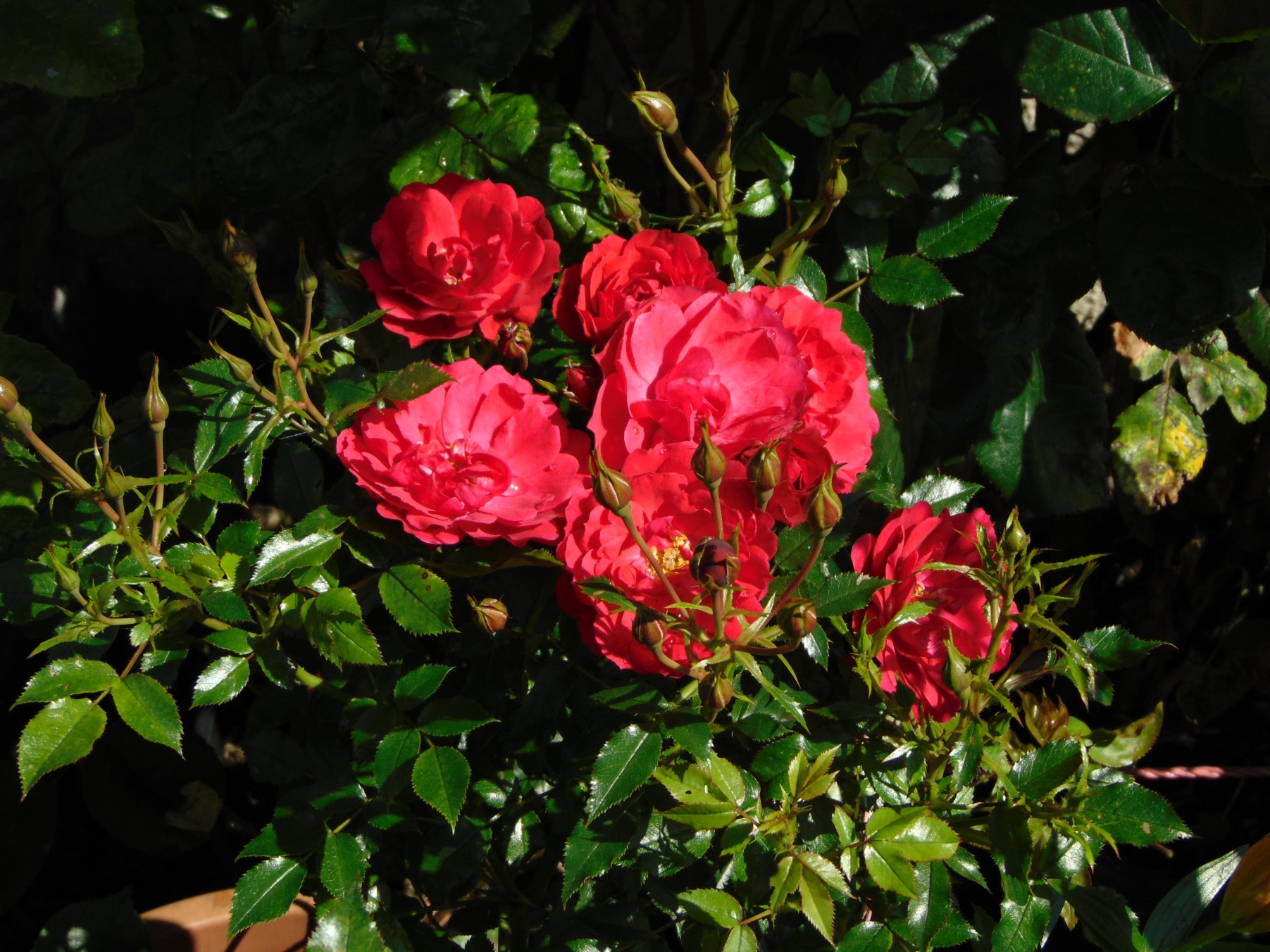 Even this little one has really come on. 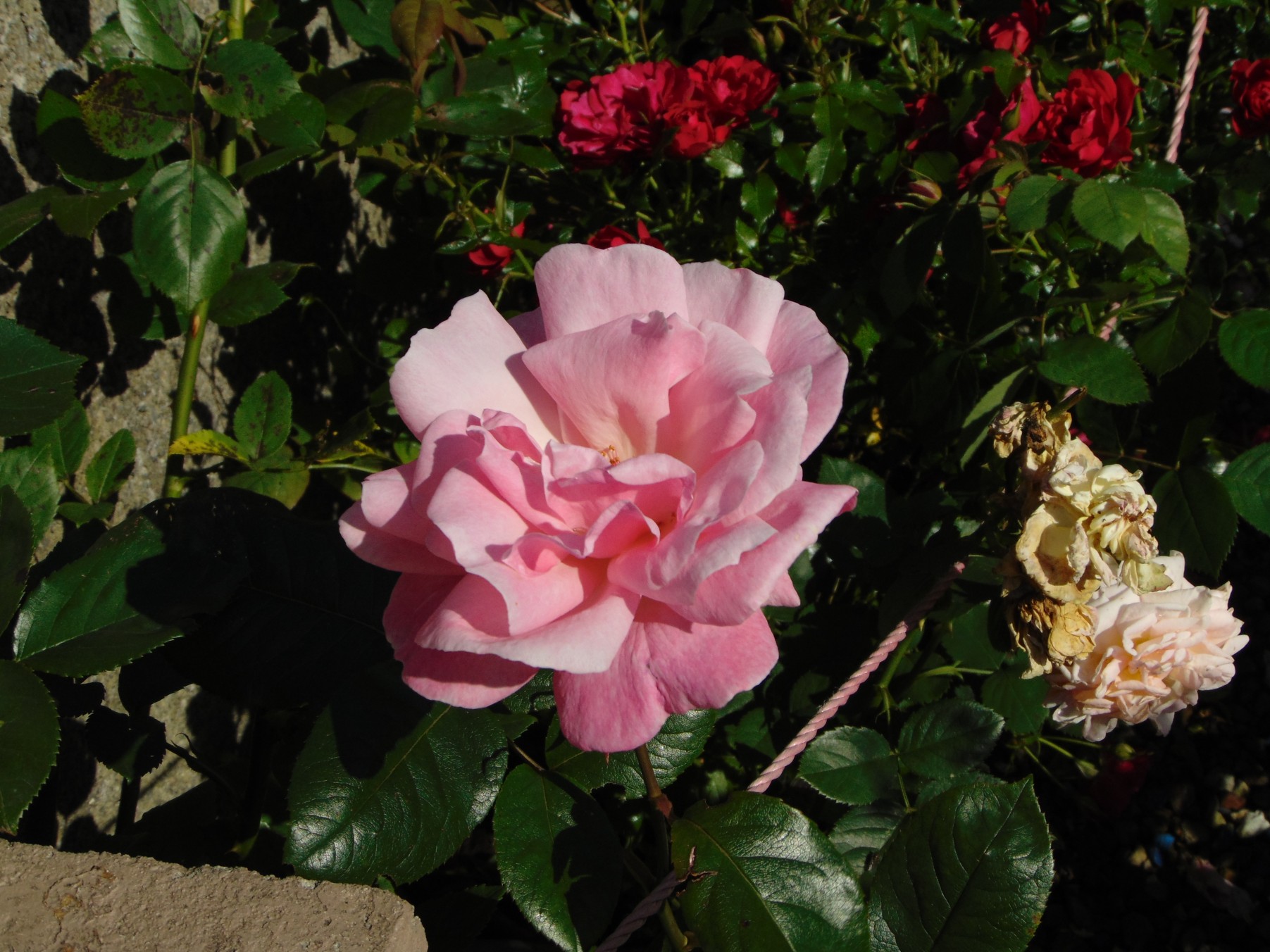 The pink amongst the yellow rose opens. 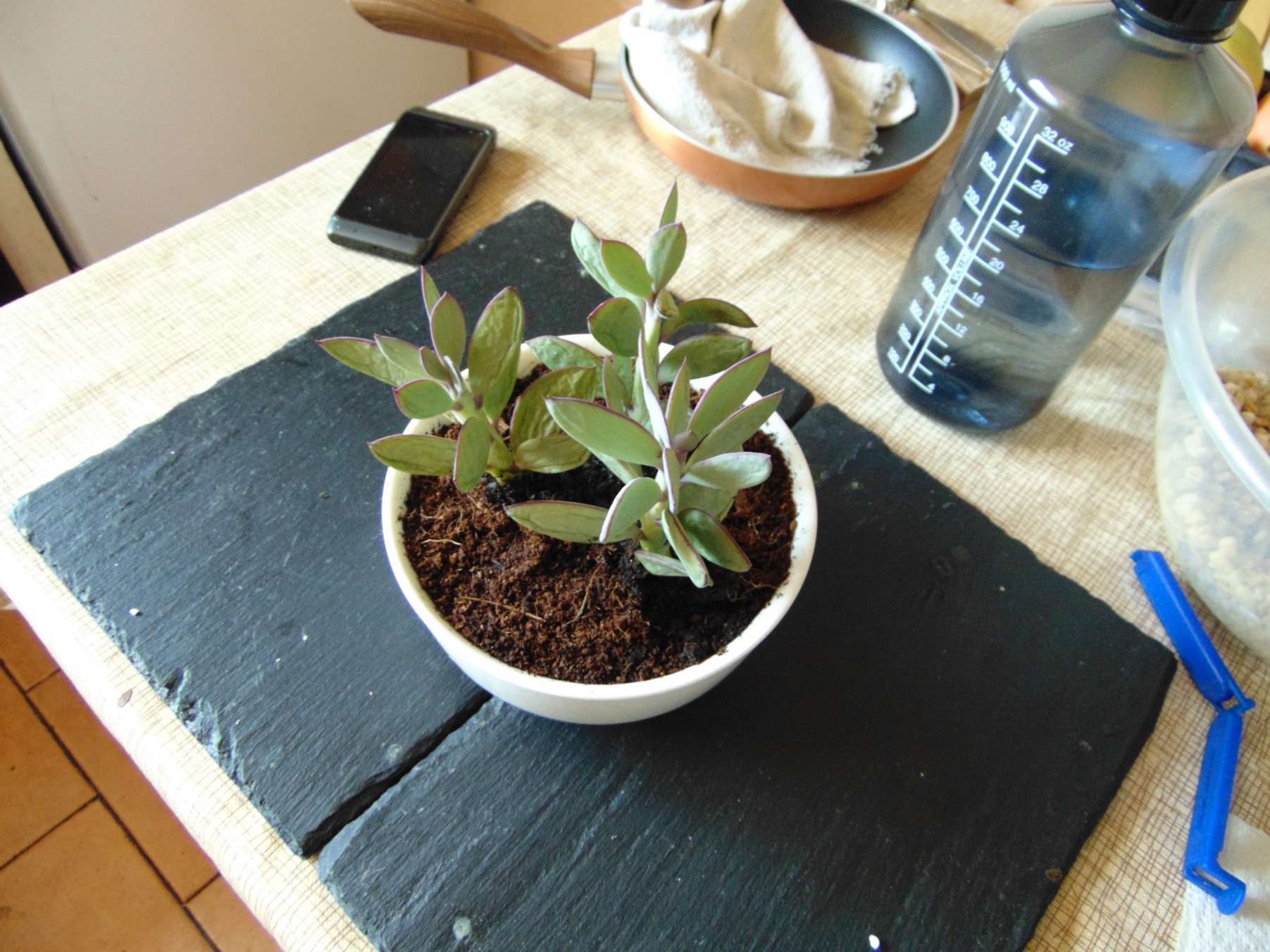 This is all they had left! But I like it and I have a clay pot leftover for bamboo. 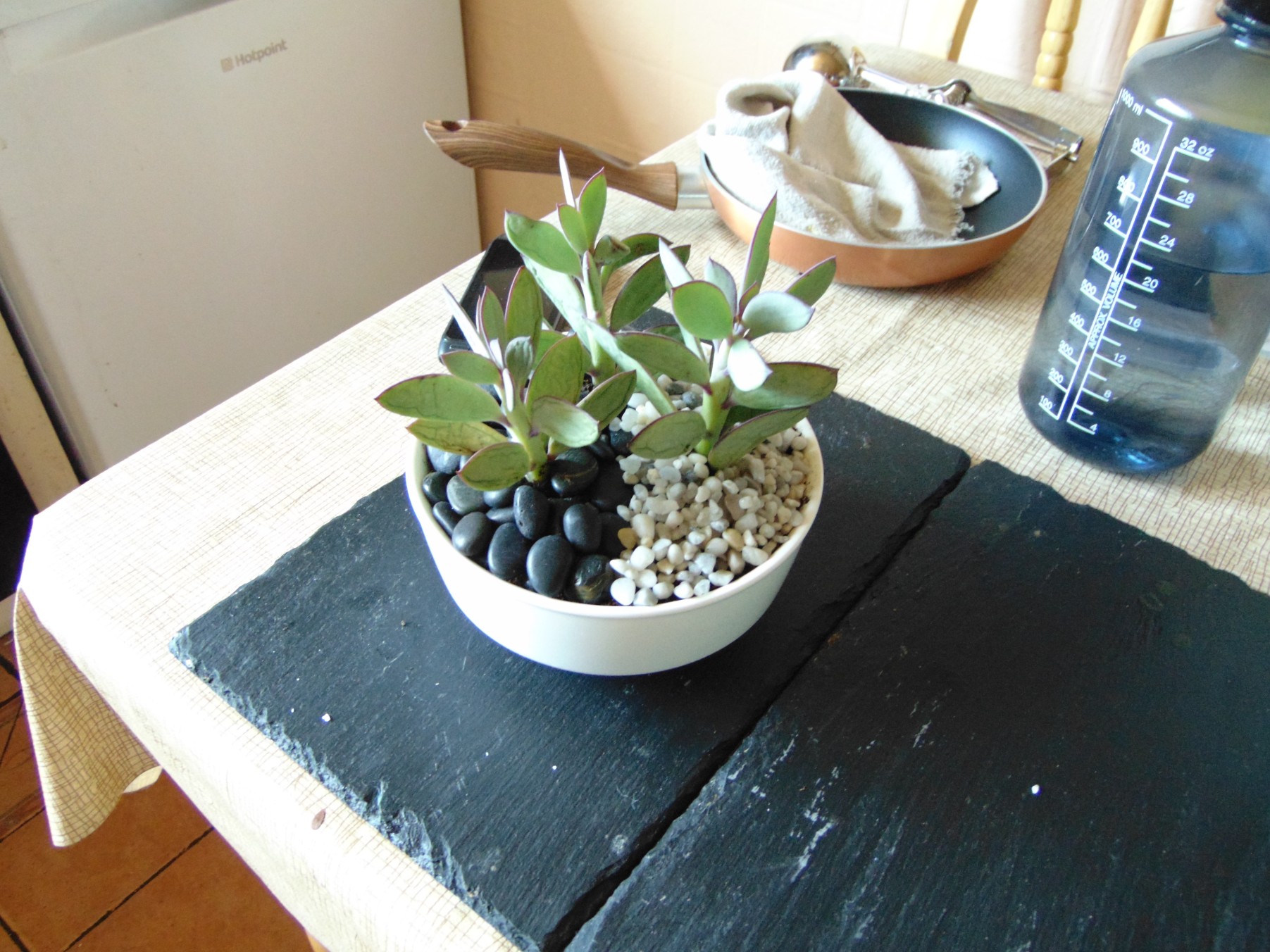 I had an idea you see and I just had to. 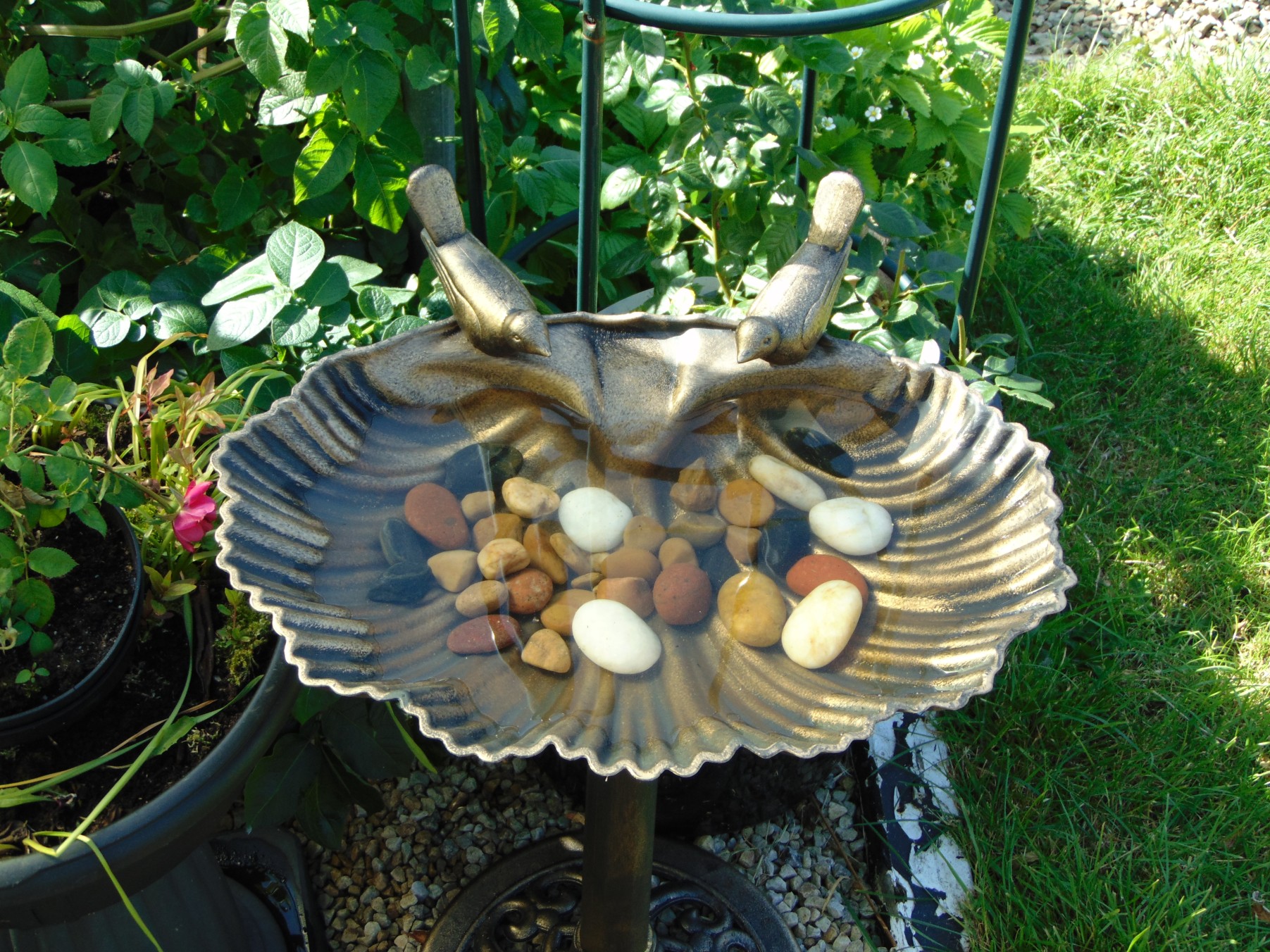 I did have another solar fountain, but it arrived broken so now the birdbath is an actual bird bath. Cheap plastic is deceptively attractive. 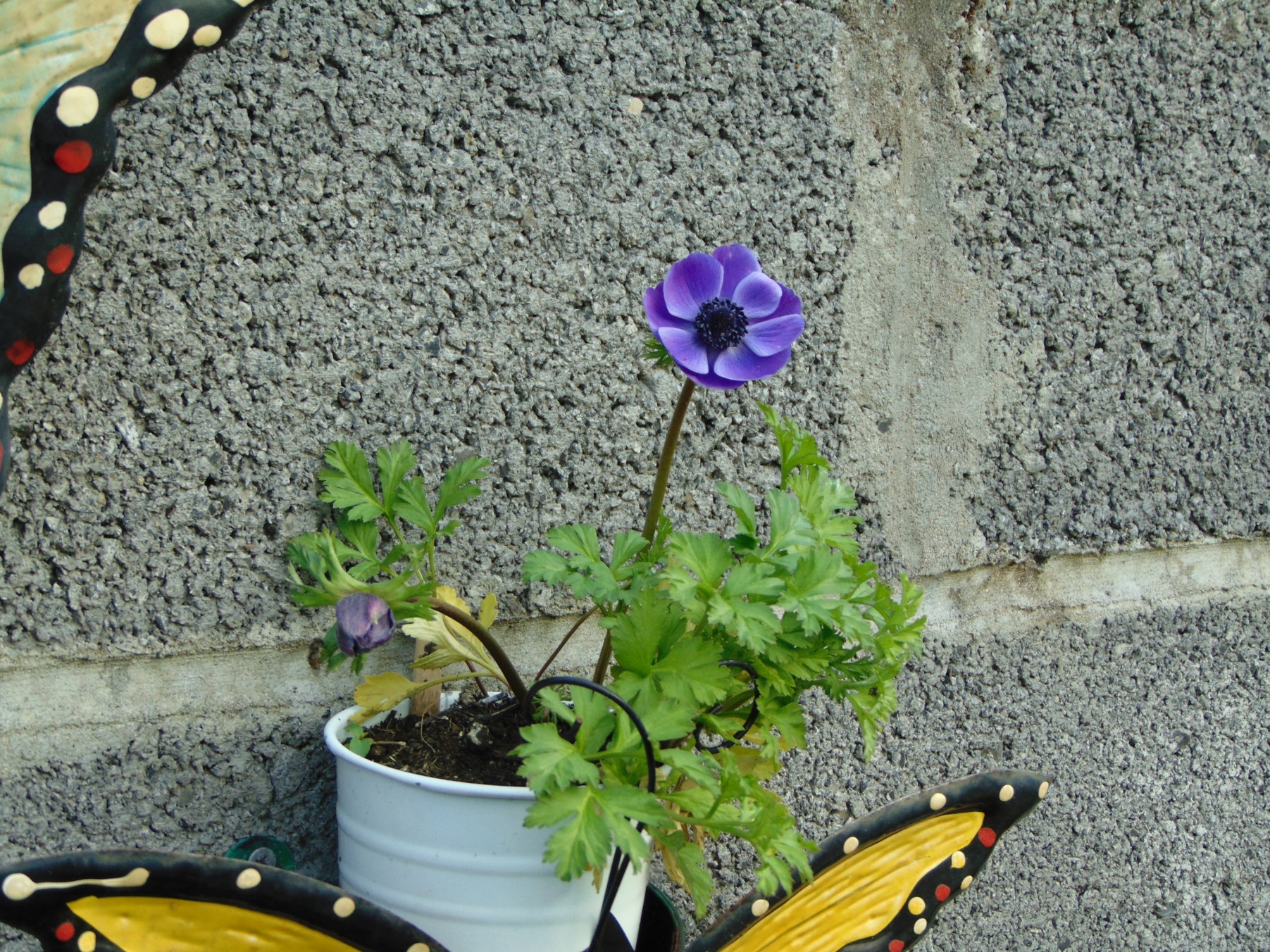 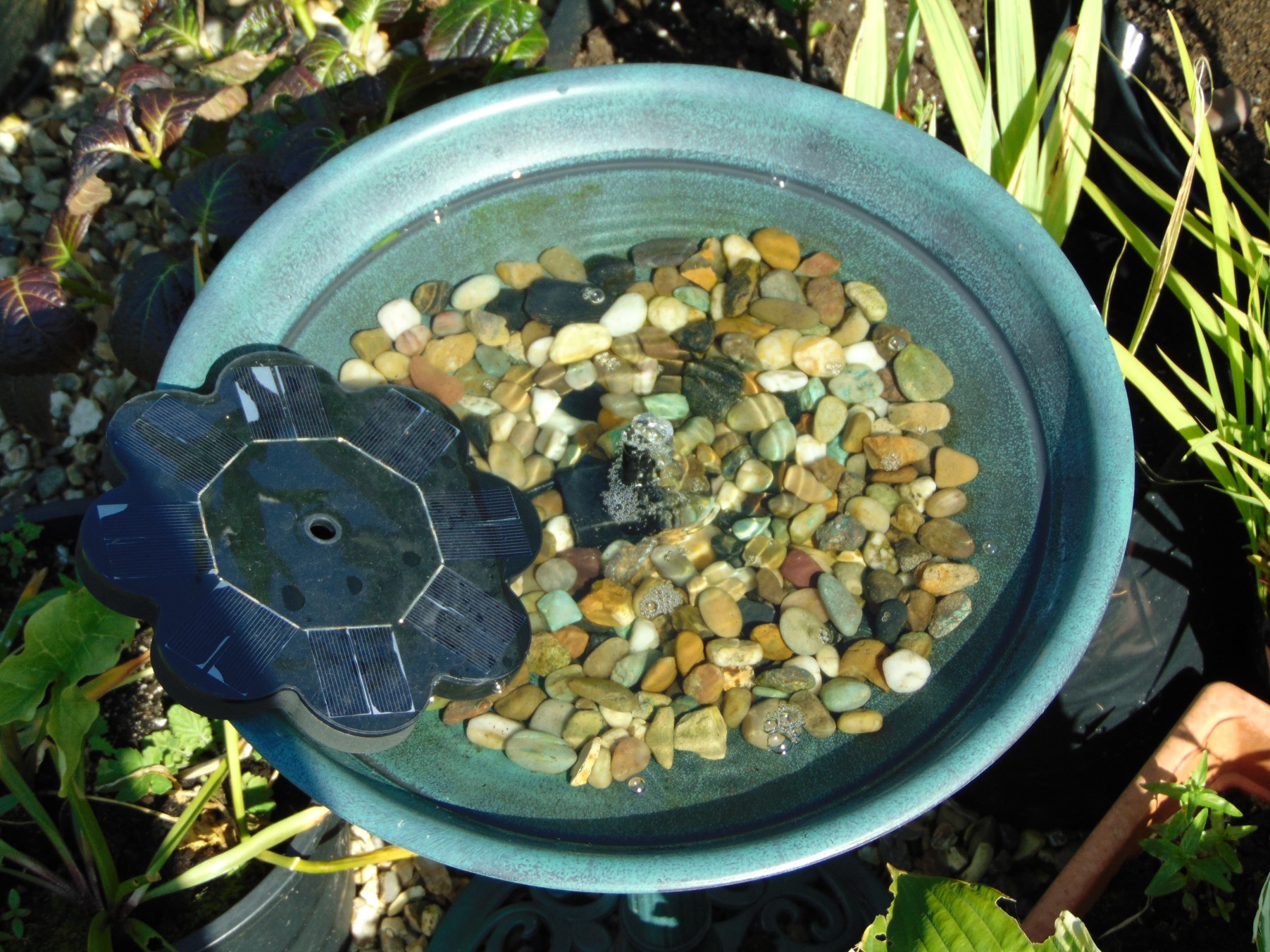 I finally rigged it up to babble, if I attach a spray nozzle it shoots three feet out of the bath.