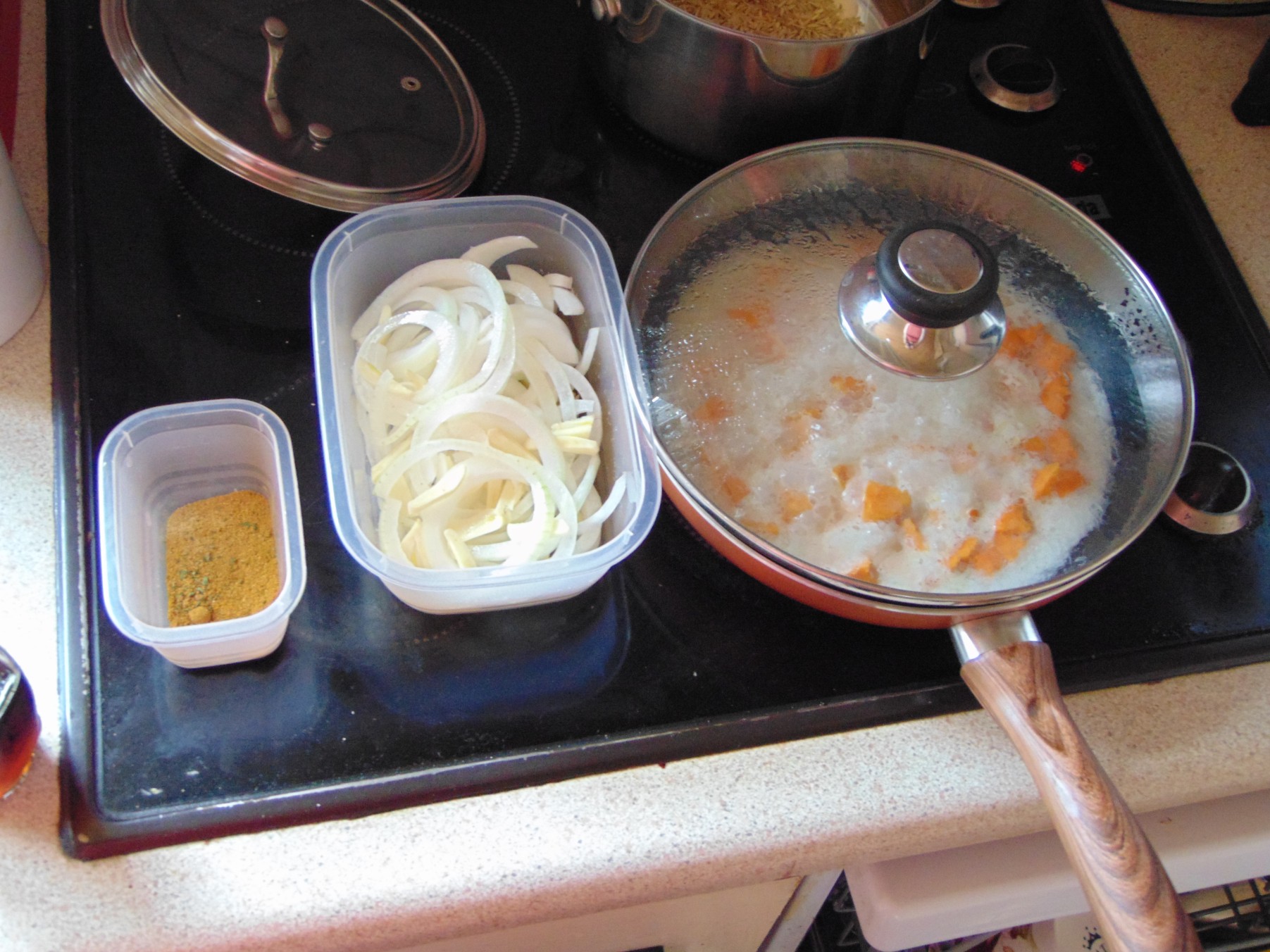 Considering I was just trying this out it seemed best to have everything ready. 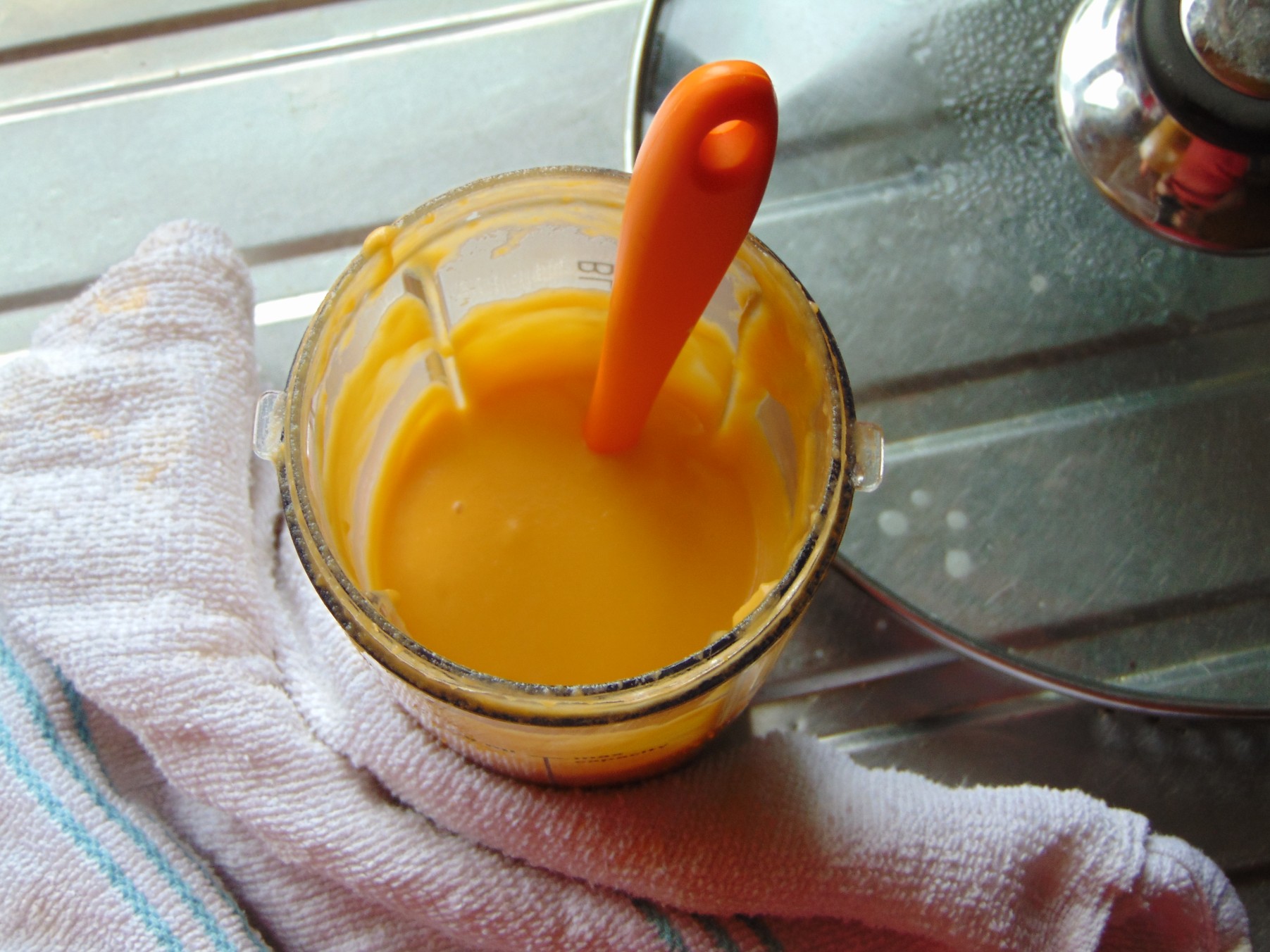 Actually as creamy as you’d hope.

You hear that, Dear Reader? That’s the sound of me scraping the bottom of the barrel. All joking aside I really am running out of combinations, I just have so few ingredients and only so many ways they can be combined. I’m still without amaranth and now eating quinoa twice a week, well for dinners, I eat it everyday puffed. I’m saying that I racked my brains to make something new, Dear Reader and I failed. Then while finding no squash in the supermarket, all that have appeared since are tiny, I had to make Cottage Pies with just sweet potato which always ends up slightly stodgy, so I decided to blend the sweet potato with some butter, that I had none of, so milk was used, the gravy was left thinner and the pies were absurdly creamy and delicious. So, I went ahead with the idea of using pureed sweet potato with extra water, accidentally stumbled on something useful: Reducing the coconut cream to cook the sweet potato stopped the whole being too much sauce and had to make this again, but better. So, I ended up browning the onions, slow work, but oh so buttery, letting the chicken cook to give it a firmer texture so it wouldn’t be lost in amongst the creamy rich sauce, the maple syrup and spices bringing just the right complimenting flavour to the sweet potato and the whole dish became a decadent rich and flavoursome wonder. It really takes like sauteed sweet potatoes and caramelised onions, without containing either, the onions are only browned, the garlic too which is where the taste comes from even more. 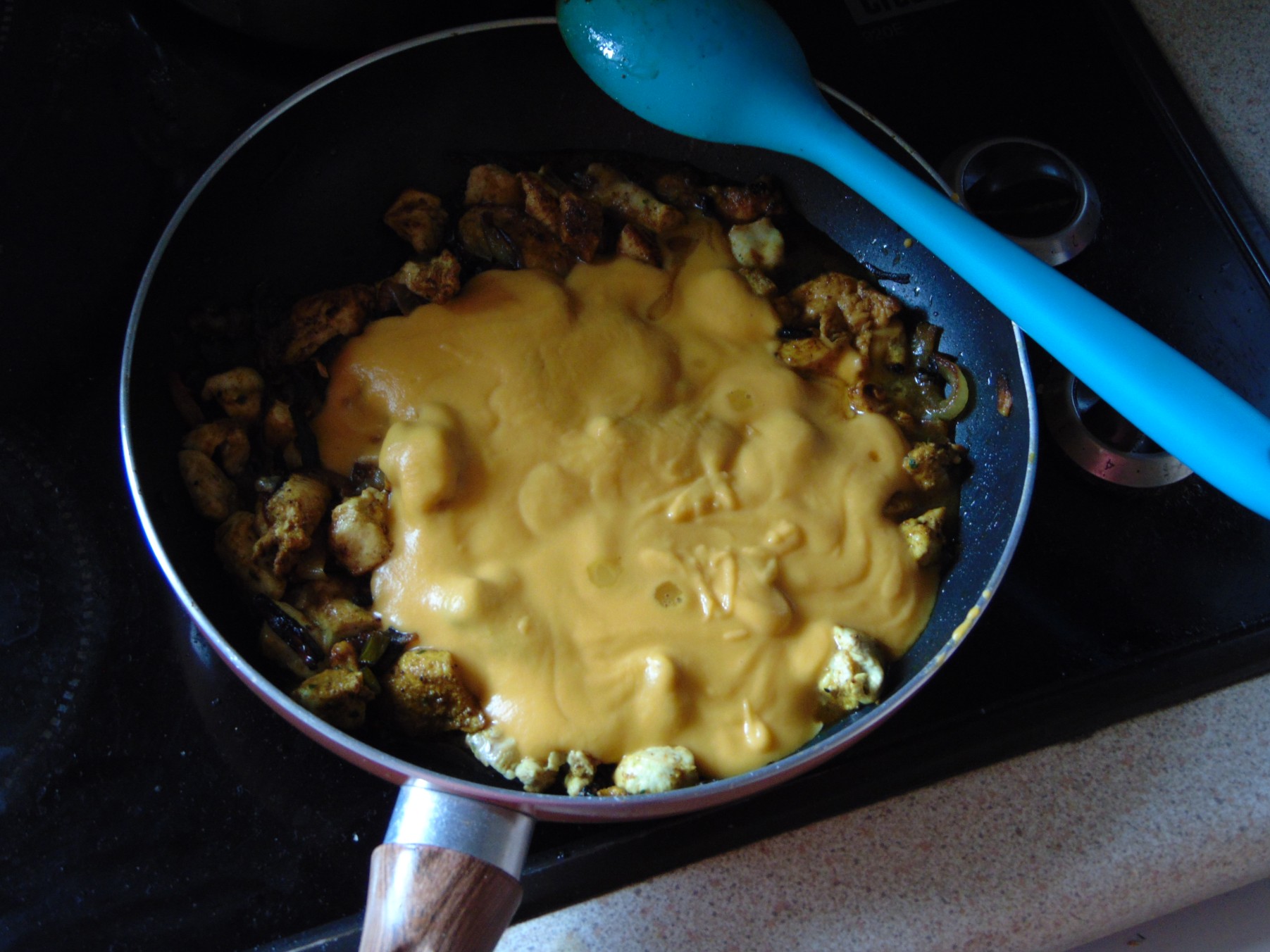 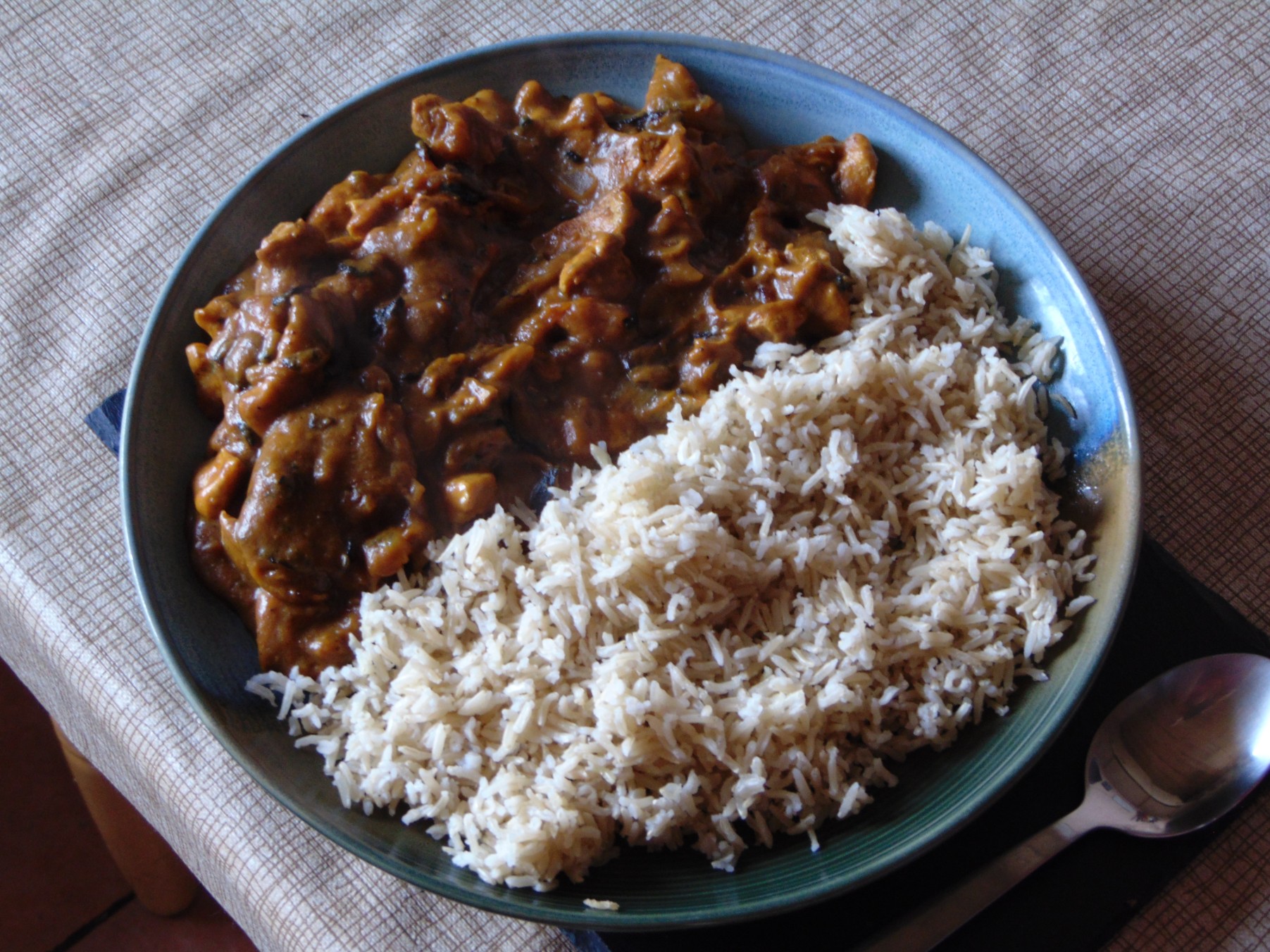 The onions melt and the sauce darkens.

So, a little more time consuming, but worth taking the time to enjoy while consuming. The curry powder would be a sticking point in another recipe, the variable flavours of every blend out there might clash, but as sweet potato works so well with any blend, most containing common spices and herbs and many of the more unusual ones being perfectly matched to sweet potato, you have no problem getting the flavour just right. The sauce is really velvety and though richly flavoured isn’t in any way heavy or too filling, it’s mostly empty vegetable and taste. You know how it often goes, Dear Reader, a nightshade diet brings out the nomato recipes that without flavoursome vegetables will never really satisfy, here they keep the flavours from overpowering everything. All things in cooking and baking are balance, Dear Reader. I’m glad to finally have a new recipe to share, though I’m nearing five hundred, the majority being originals. I’ll be back with a garden post sooner rather than later, Dear Reader, until then take care.

For the Spice Blend:

1. Add Coconut Cream and Sweet Potato to a pan and bring to a gentle simmer. Then cover and cook until Sweet Potato is tender and Coconut Cream has reduced and thickened. Remove from heat and pour into a blender, blend until smooth, adding Water as necessary, until a thick pourable puree has formed. Set aside.

2. Wipe out the pan and add Butter, let melt on a high heat and add Onions and Garlic, cook on a high heat, making sure they don’t burn, until Golden Brown. Will take about 15-20 minutes.

3. Reduce the heat to medium and add Chicken and Spices and stir to combine, cook for a further 10 minutes.

4. Add Puree and Maple Syrup and stir everything together, turn the heat to low and let the sauce gentle simmer until it has warmed through and thickened. Serve with Rice.