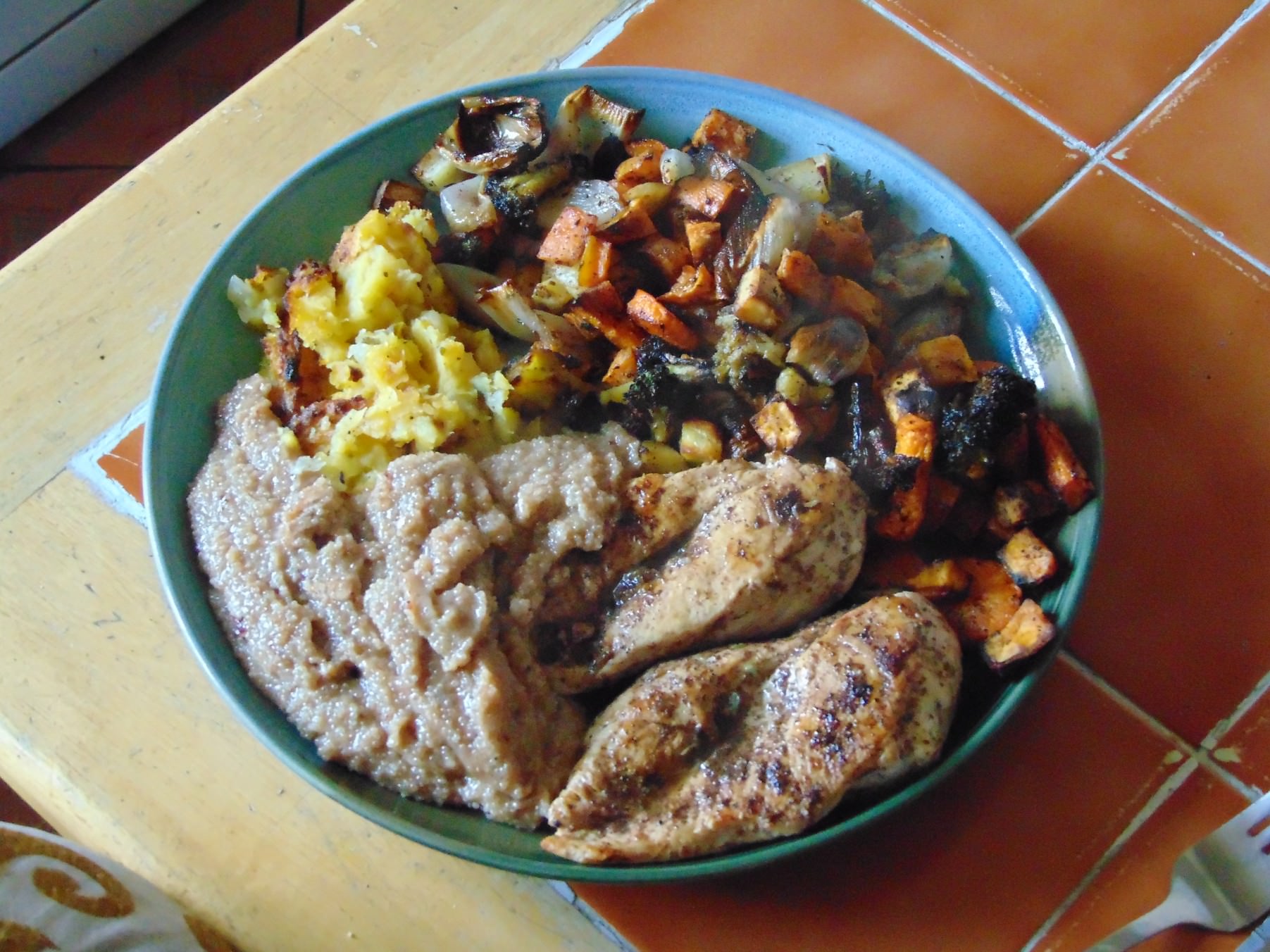 Amaranth as a side meals are my most varied.

Why thanks for asking, dear reader, it’s tickety-boo, this new model is vastly superior to the old one. Hmmm? Hey, it was that or: What Are They Doing With Your Nipples? (Yeah, I was asked that, took all my self control not to use that). I feel firm, but freer. That tight stiffness seems to be easing and I’m finding it easier to bend and twist, within reason of course, have no fear, dear reader, I’m being cautious and careful. I just thought an update on my abdominoplasty was in order. The next appointment, all talk for this year at least, is drawing near. I’m getting back to me, well, beyond what I was, maybe it’s better to say I’m becoming a better me. A happier, freer me. It’s not much of an update, but there’s nothing to say really and you can only see my scar by paid admission. Them’s the breaks, dear reader, should’ve booked a golden ticket to the Wondrous Jack’s Scar Extravaganza. It feels like me again, which is pretty strange to say, but a great feeling. The scar feels hard, but other than that I don’t feel any worse. Coughing is still a nuisance, but it’s getting better. Less a terror and more a slight discomfort. 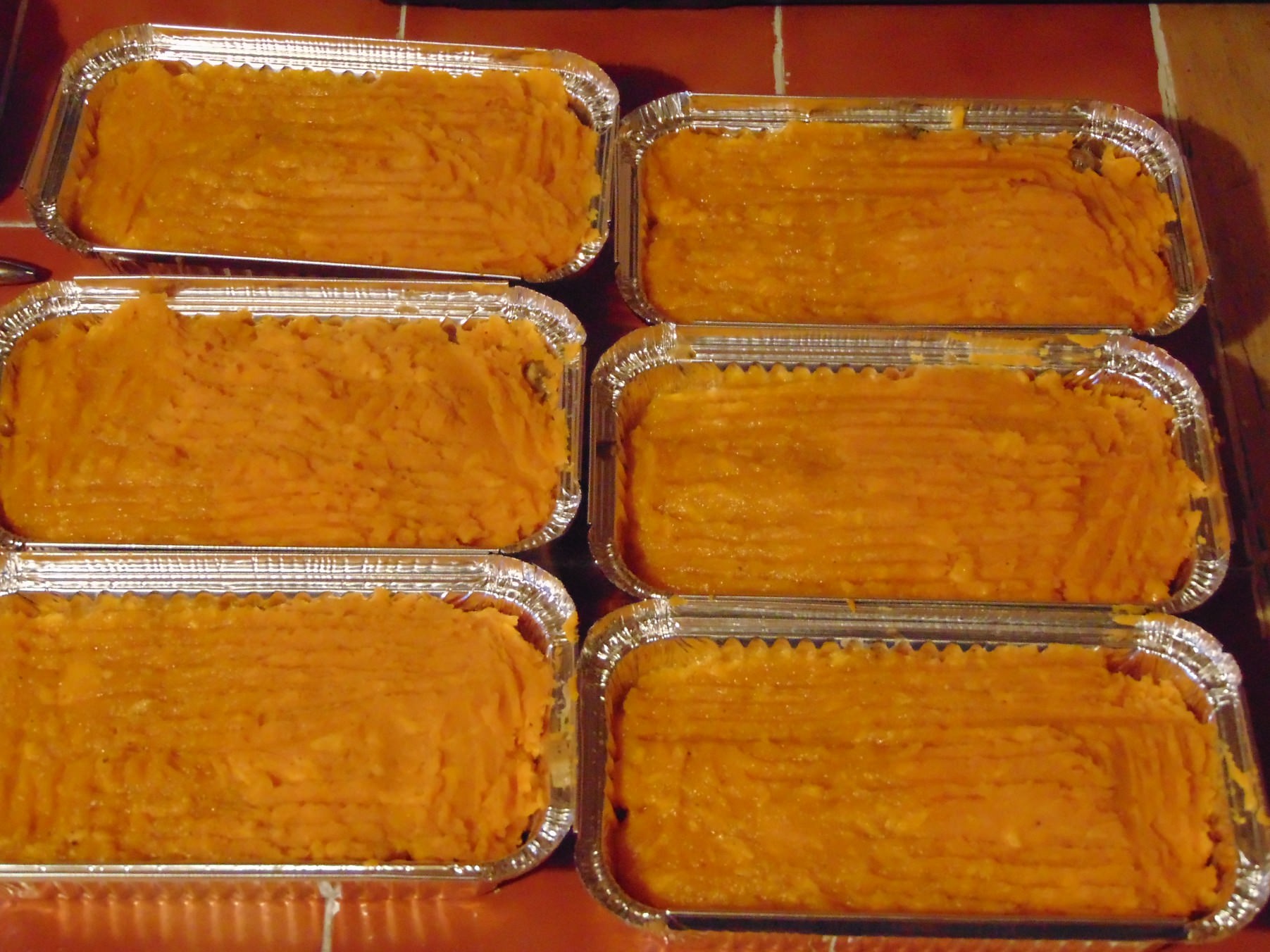 I’ve bought some sumac and am currently playing around with that. I can’t handle marinaded meats and lemon is only used in dressings that don’t sit around too long so it’ll be interesting to see how a citrusy spice fares. I know the recipes haven’t been flowing, but I like posts like this in the droughts. I do try to keep it within the scope of the blog. Food and health related in other words. You don’t need to know the ins and outs, no, I’m not talking about belly buttons again, of my daily life. Because it’s rather dull and I value your time more than that, dear reader. I’ve bought some red beetroot, which has been blanched and frozen, as a test to see if it can be frozen that way. There are a lot of cases of blackened beetroot, which happened to mine this year, something to do with how it’s cooked, but no one seems sure. Hopefully I’ll figure it out before next year’s yellow beetroot harvest. They’re vastly superior to the red variety, the reds are too earthy and tough whereas the yellow are sweet and tender. I might try growing a few whites, if the seeds are available I’d grow sugar beets. My Father worked in a sugar factory, I can’t not try it given the chance. Besides, they’re supposed to be lovely roasted. 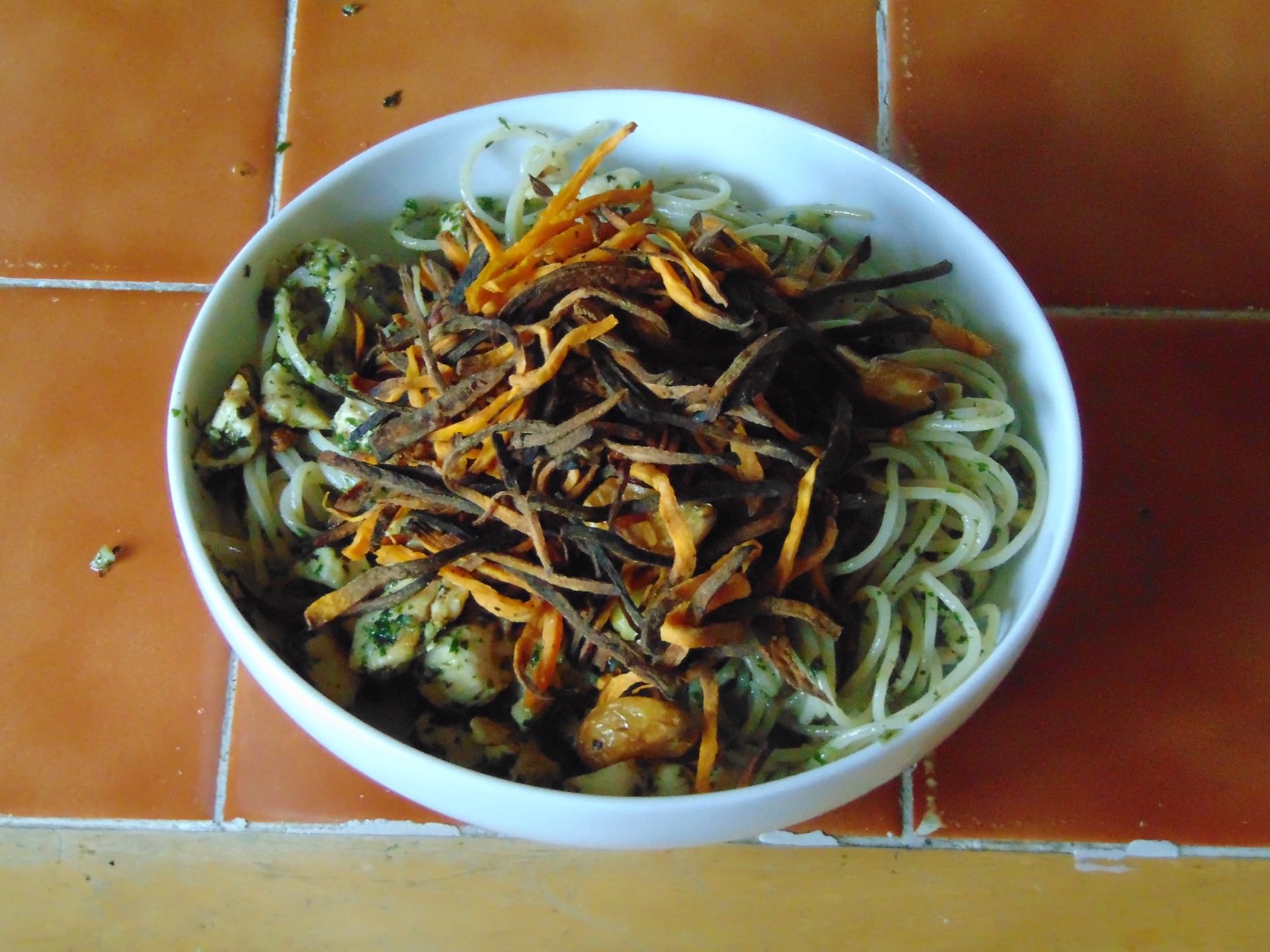 Hand cut, or I’d cut my hand on the peeler, julienned sweet potato over pesto spaghetti.

I still have so much pesto. I just have to remember not to over cook it, just a quick toss to heat. The Thai, yeah, Thai, not cinnamon because silly naming conventions, basil holds up amazingly even at a longer cook, but all the pestos retain their flavour after being in the freezer for months. Freshness counts for something I suppose. I’ll grow the sweet and Thai varieties next year, but the dark opal is being replaced, perhaps by a better strain or by a different basil. There are lemon and lime basils out here, I might try them. Having dishes and sauces with fresh herbs is the best in the Winter. The stuffing with fresh sage is still delicious. I have a lot of returning seeds to re-buy, but you never know what else will make its way into my garden next year. I hope the fruit bushes will produce more, the strawberries were great, but I’d like to see a few more raspberries and the blackcurrant and redcurrant should start producing something. Raspberry and redcurrant jam was a delicious accident so that’ll have to be repeated.

You’ll notice I’m not doing the festive round up this year, I’m just letting the whole season flow o’er me, ours is not to question why, ours is just to let it pass. I’m making it special for my nieces and nephew, but other than that I’m staying away. Keep the food, Jack is tired. I won’t spoil it for anyone, I’m just being zen about it, just call me bodhisattva Jack, or don’t, probably best not to. Saint Jack is fine. Heh. That’s it for now, dear reader, if you need festive recipes just check that link, the photos are broken, but the recipes are still there. Until later.