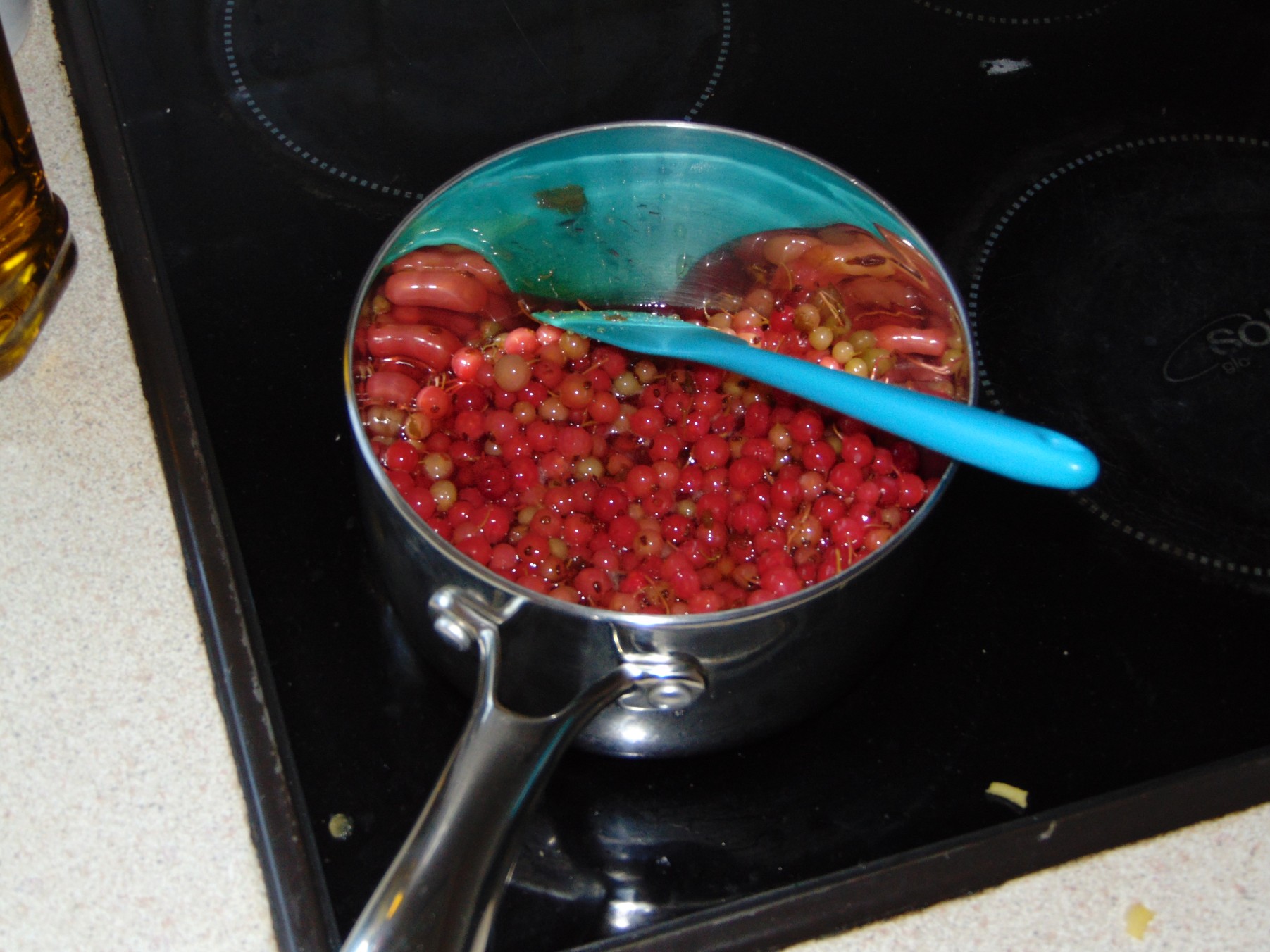 It’s six weeks already, dear reader, I’m doing well, it’ll be along road, but I’m just happy to have started at all. The kitchen has been in use since I came home, but as I’ve been focused on just eating well I haven’t had that much time for new recipes. A friend dropped in a bag, garbage bag, of mixed berries, the redcurrant were spared from blending, straining and freezing, later to be made into jelly, instead I made what seems to be fast becoming a favourite of mine: A sauce that’s more of a base component than a full fledged recipe. It’s literally two ingredients, I skipped the suggested lemon juice as it was thick enough already and I didn’t want to risk making a lumpy jelly. I’d advise taking out as much of the leaves and stalks as you can, but as you’ll be straining it there’s no need to be too fastidious. The reason I like recipes like this is the way you can adapt it on the fly, store it in the freezer until you want it and you’re ready to add it into a sauce as a back up flavour or to add few simple ingredients and make it a sauce in its own right. What I did today was add some grated garlic, a little salt and pepper, some water and added it to some fried turkey mince, let it reduce, it coated the turkey and then I ended up with a slightly acidic, flavoured mince. So simple, but I like it. You could add it to gravies or to sous vided meats. You could go the whole hog and make a jelly, but then it may have a more limited use, this way you can add a little red currant kick to any meat without overpowering the other elements. 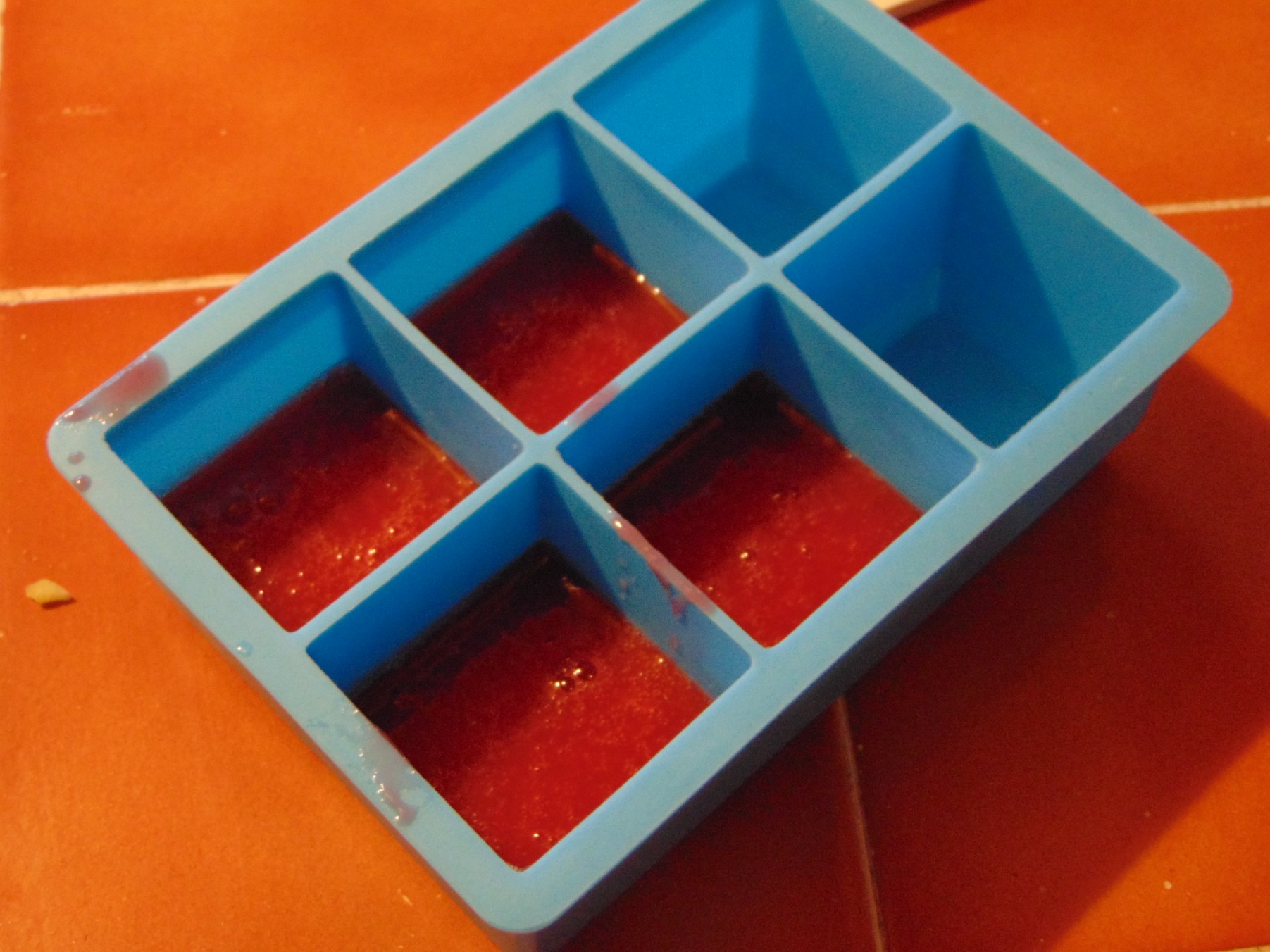 Into the freezer they go, to be bagged when frozen.

What it boils down to, heh, is a slightly sour, mellowed by the honey, juice that imparts a depth of flavour. It’s something you can just freeze in cubes and store in the freezer. I love this idea of freezing components of meals that you can mix and match along with blanched vegetables and meat and make so many variegated meals. I know that in the back of my mind I’m thinking of my future surgeries, having meals in is helpful, but can be dull, whereas having a whole piecemeal assortment of possible meals seems like a much better idea. Nothing much else to say, dear reader, hopefully I’ll be back again sooner rather than later.

1. Add everything to a pot and bring to a boil, the reduce to a simmer, cover and let the Redcurrants cook until the Juices release and the berries are soft and mushy. Be careful of burning or boiling over.

2. Place a sieve over a bowl, pour the mixture into it and press the pulp through the sieve using a metal spoon until all possible pulp has passed through. Discard pulp. Either freeze or return Sauce to the pot and heat until reduced.