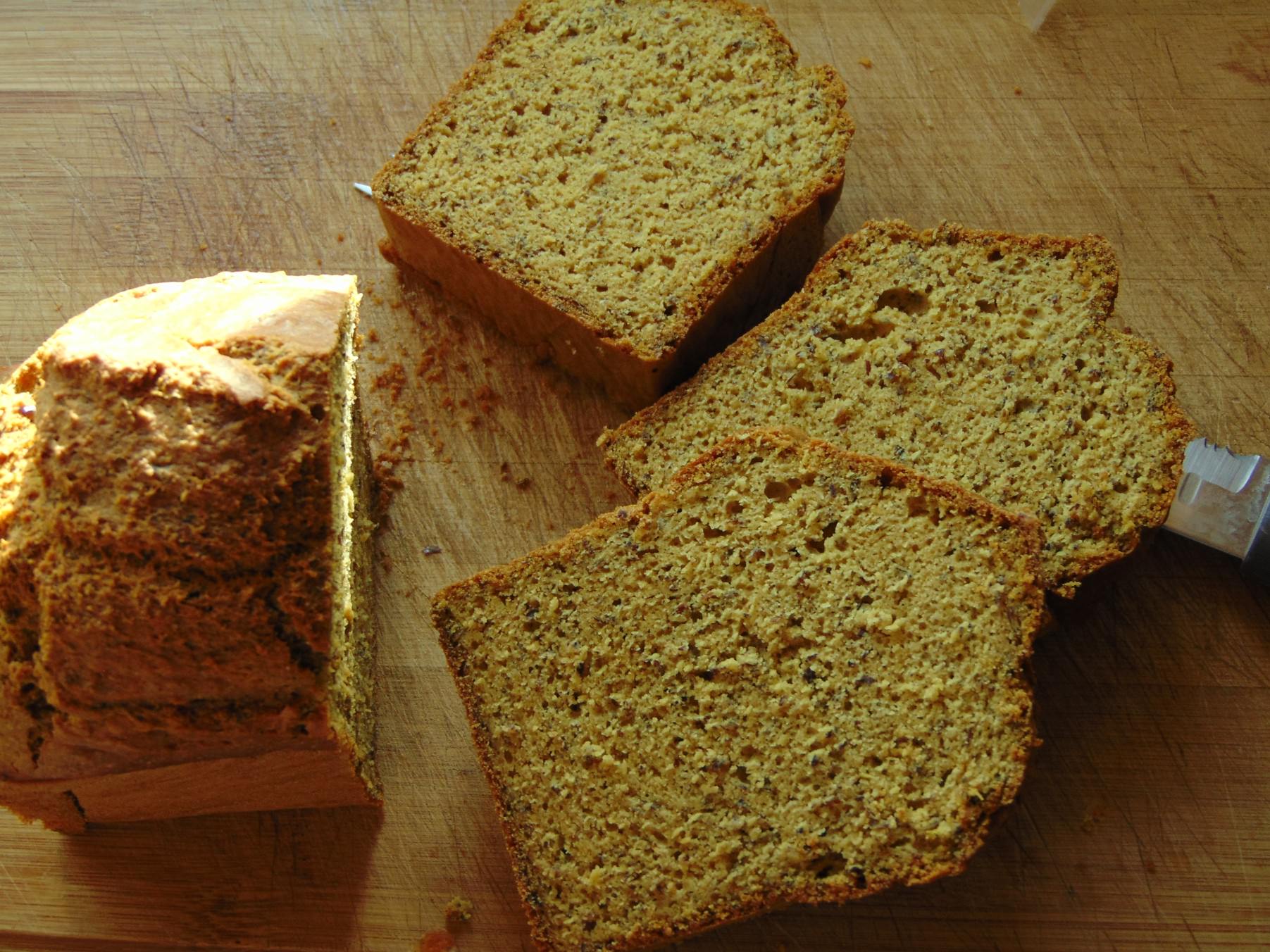 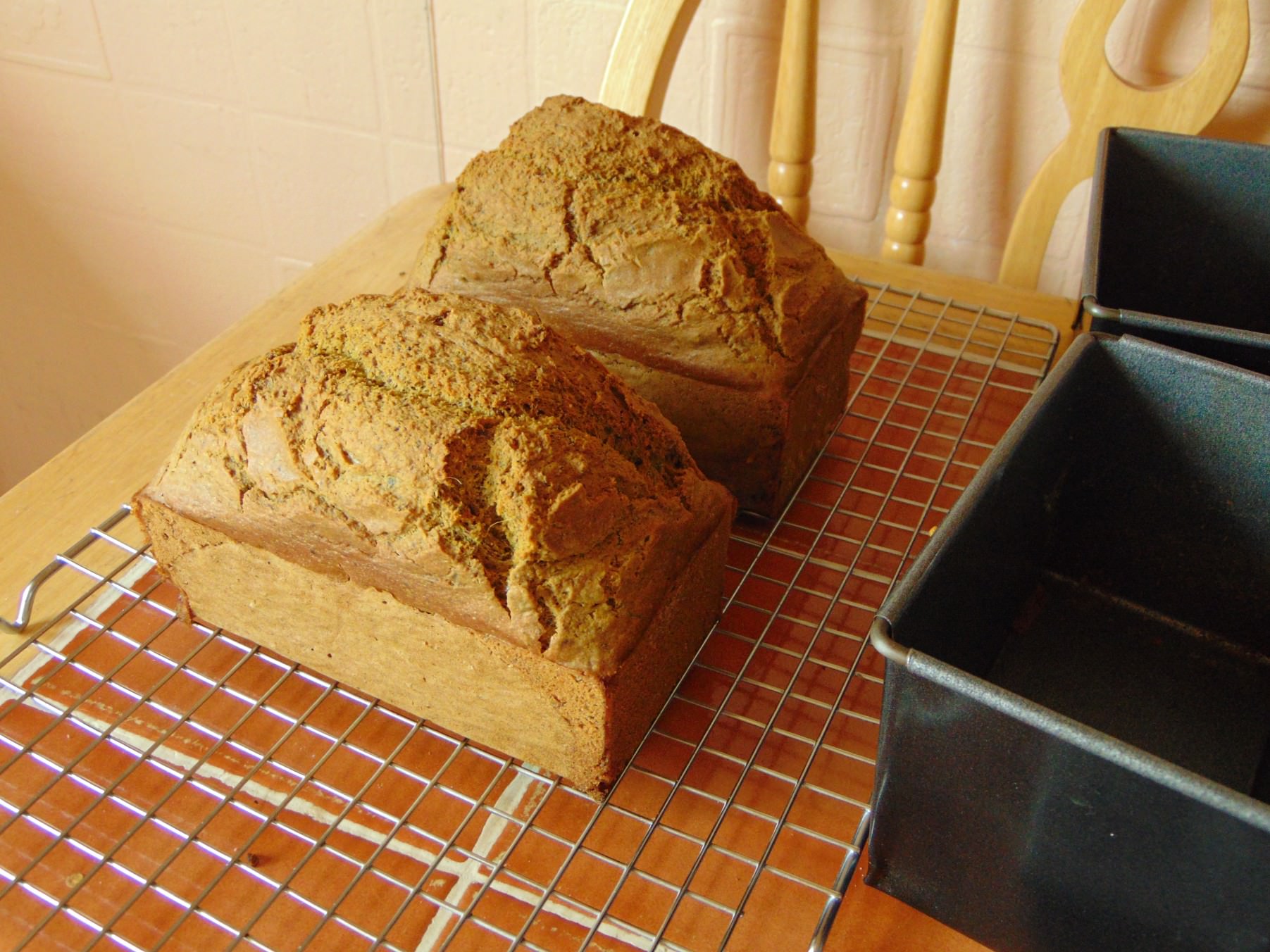 There’s a slight yellowness to the inside. Depends on the brand of flour, but yellow seems to be a good sign. 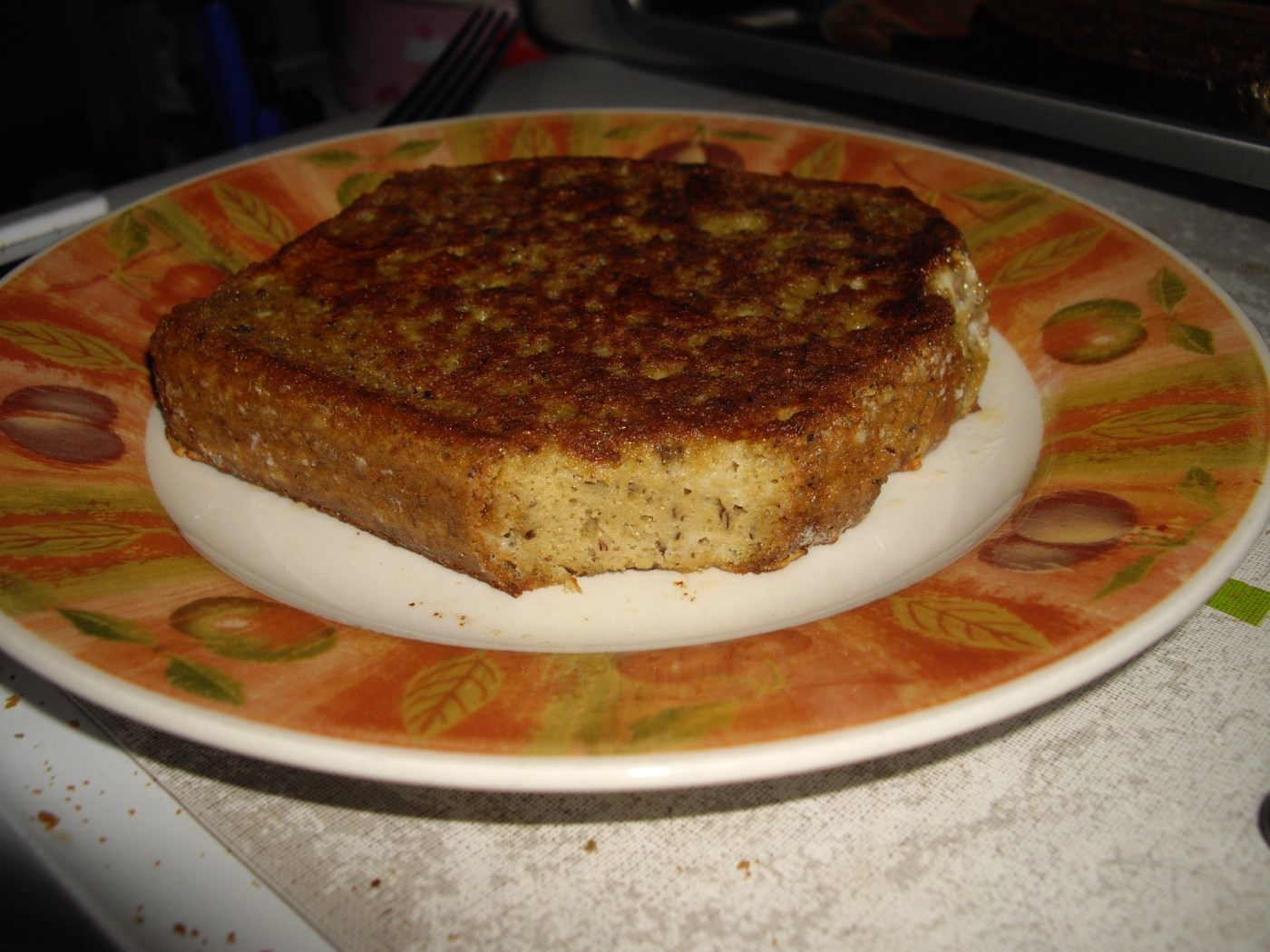 The greatest of my recipes for fried bread or as French Toast.

24 December 2015: Recipe has been updated. Read about it here. Recipe below is updated version.

A recipe starting with a caveat? Well that’s promising. Don’t worry, but do read the first paragraph before jumping to the recipe, please.

I know that I’m making this more than it needed to be, but I understand the cost of ingredients and have been burned by other’s carelessness so I’d rather be the a fuddle-duddy and be cautious. Firstly you can tell this recipe is just a tweak of my Buckwheat Flour Bread recipe, you see I want to make the most of what little quinoa flour I have and I couldn’t think of anything better than a bread with so many possibilities. Now here’s the heads up, the bread I baked is half of what the recipe states, but it has been baked in a small tin that’ll give the same result as a larger loaf as they both have the same height and as any bread baker knows the centre of the bread can be the most hazardous and if that fails the loaf is in trouble. So basically I can fairly safely say that baking this with a full recipe should be fine, but as I haven’t tried it I did want to warn anyone who was curious about trying it. It cut fine and held together pretty well, it is softer than the buckwheat and it did have more of a crumb to it. I used a medium egg in this small version and that’s why I recommend two in the full recipe, better for the stability of the loaf. Now when all is said and done you’ll probably be fine making a big loaf, which will be slightly flatter and probably hold better, and maybe even trying a few variations, but I couldn’t post this recipe without having my say. Now onto the recipe proper.

Now hopefully I haven’t scared anyone away. As far as the bread goes it isn’t bad, its strong taste is slightly off putting, but it’s something when a few other ingredients, maybe dried fruit, have been added would be much nicer. It’s texture is more spongy than say my Quinoa Flour Soda Bread and it has a slightly crumbly exterior, but no crust sadly. Really, there isn’t much to say about it, I’d probably call it a basic bread or even a base bread. Something that will benefit from additions, but that can still be eaten as is. This is the first of my Quinoa Flour recipes, I have 560g worth of flour and you know things are serious when you count the grams of flour. I hope to find recipes that open up further possibilities rather than one trick ponies, also recipes that make the most of the flour’s unique properties rather than bundling it with other and disguising it. So that’s it for today, a simple recipe that may come in handy. It’s certainly better than the amaranth bread I made once as a test, the less said about that sticky mess the better. Until next time.

Maybe we’ll see a variety of different tweaks for this bread or maybe it’ll stay as is and help someone someday. Who knows?

Makes one loaf.
Can be frozen.
Works wonderfully for fried bread.

3. In a large bowl mix together the Egg, Olive Oil and Salt. Add the Quinoa Flour, Flaxseed and Baking Soda and stir until combined, then add the Water and stir together until smooth. Rest for 5 minutes until batter has thickened. It will still be stirrable.

4. Pour batter into prepared tin and bake for 45-60 minutes, turning halfway if needed, until golden brown and a skewer comes out clean.

5. Cool in tin for 20 minutes, then remove and let cool completely on a wire-rack.