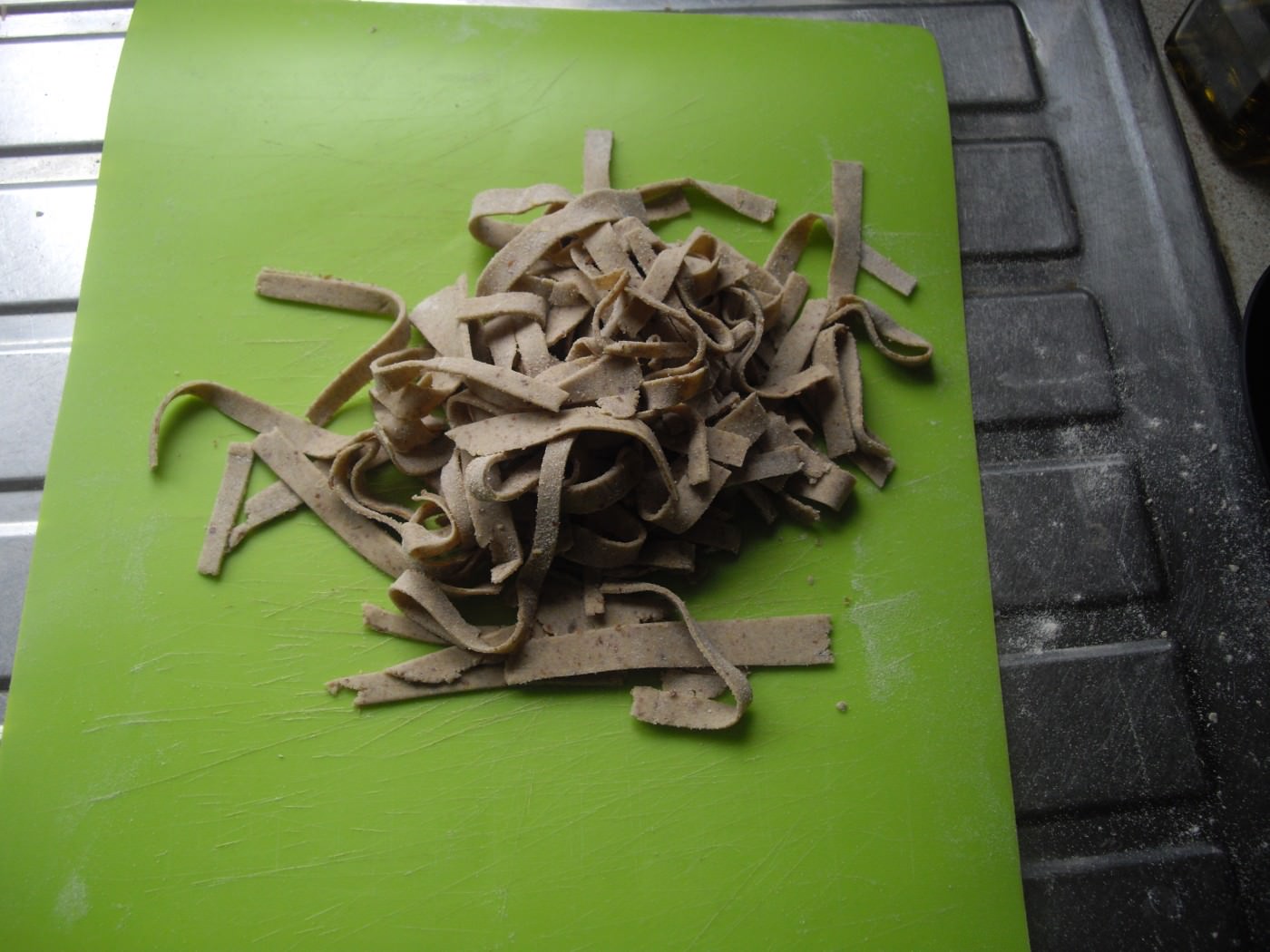 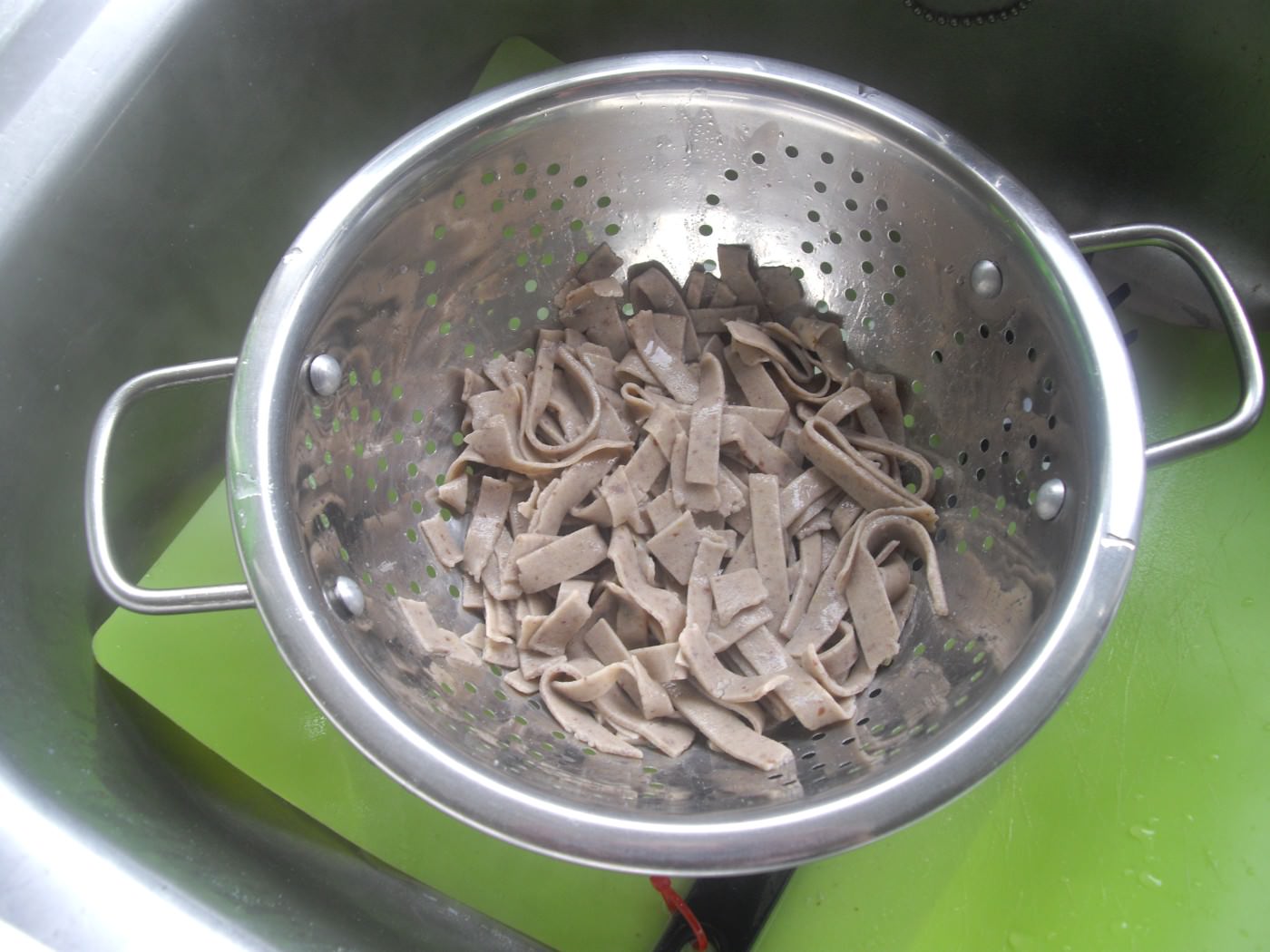 Check the post here for the chia version. It’s the best and final recipe tweak. 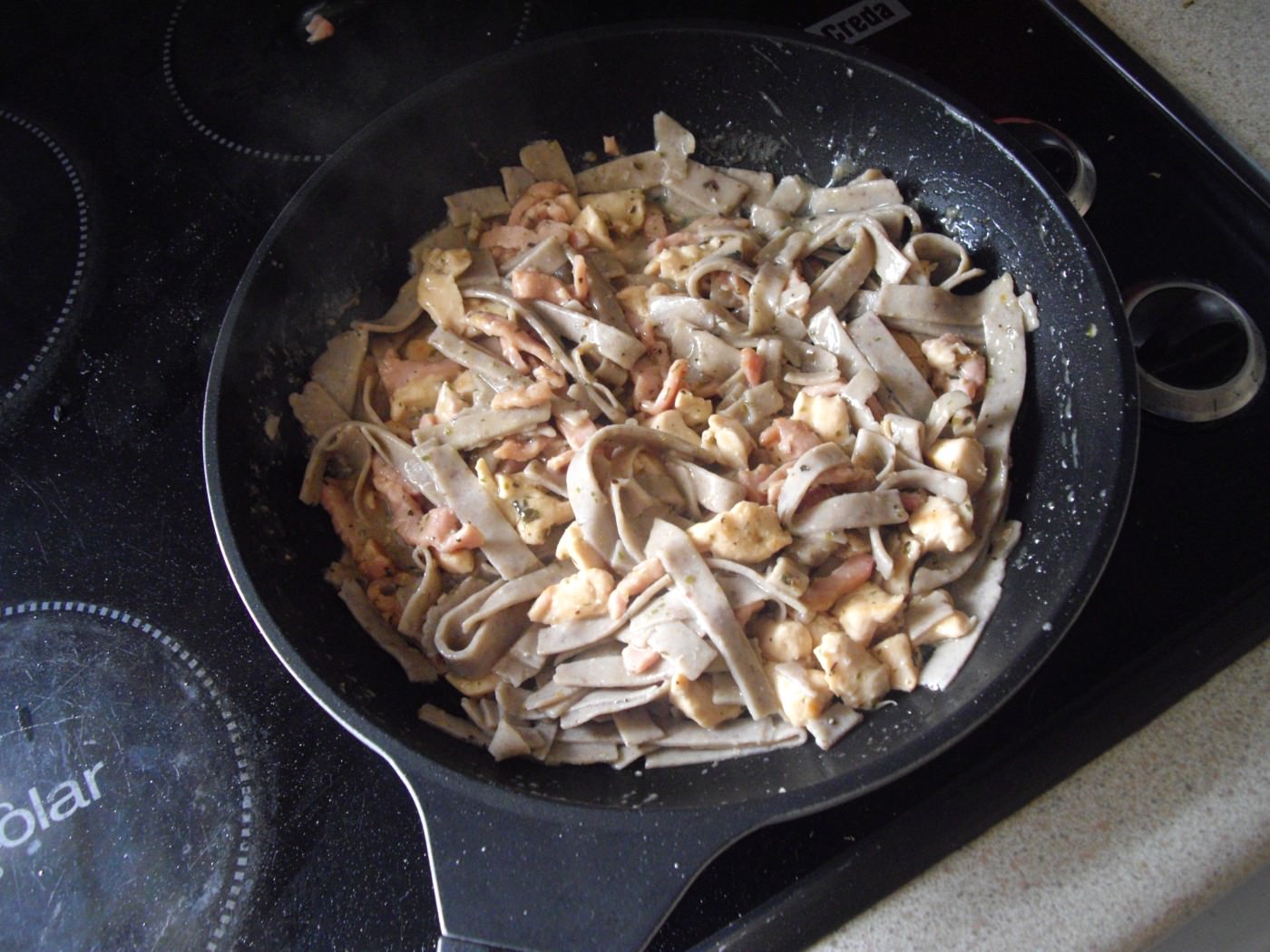 Just a small update. I used Yoghurt as an Egg Substitute and it worked wonderfully. It didn’t require as much flour to roll out and was easier to handle. I’ve also ditched the folding over step as it really isn’t any better than just cutting the dough when rolled out.

You ever have one of those recipes? You know the ones, that seem like they’re going to fail on every step, yet somehow you keep the ship afloat every time some obstacle appears. This was one of those, no doubt the second time will be much quicker, but I kept thinking I’d have to toss it all. But it worked, I persevered and here we are with another Buckwheat recipe! That wonder flour, that epitome of free-from flours, that gem of the allergy ocean. Er, any way, let’s walk our way through this  rags to riches story. Modest ain’t I?

The first roll out was fine, until I tried to lift it and realised to my horror it was stuck fast. I was using this as a rough guide, but I hadn’t any buckwheat starch and can’t take any added starches either, so it was dusted and re-worked and dusted quite a bit along the way.

Thankfully I have had a lot of experience with, and will swear by, my buckwheat and flax dough. It’s proved to be invaluable in so many recipes where just buckwheat would have been too much work. Sure you could use a starch to bind it, but that wasn’t an option for me and thanks to way too much food based anime I wanted, nay needed, my soba! (I was tempted to call this Senpai’s Soba) So I kept and it and no doubt with a recipe in my hand, and some foreknowledge of what to expect, the next time it’ll be a breeze.

You can toss them around and they won’t stick or break, well, they’ll break a bit.

So how did they taste? Just fine, really plain, but the texture was slightly firm, yet soft and slippery. You won’t notice the flax at all, at least I didn’t, but I am used to it. I tossed them in some Coconut Alfredo. Sure it’s not traditional accompaniment, but Deardrops was blearing in the background while I swore my way through making it so I’m sure it balances out. Japan would forgive me.

Feels strange only giving them a minute or so to cook. Don’t forget the cold water.

That’s it for me again. I hope people are enjoying this blog and finding something to suit them. I’ll keep chugging along as best I can’t, trying what ever springs to mind. I may have another version of my Buckwheat and Sweet Potato Gnocchi in the works. With squash instead of sweet potato, perhaps even my own grown squash! Kidding, but maybe some day. I wish I had a sign off phrase. Ummmm, smell ya later. (I’ll keep thinking)

It was hard work, but ultimately worth it.

Makes one serving.
Chia version is best.
Can be prepared the night before and refrigerated, but best made fresh. Especially when using a Chia Egg as it can dry out.

1. Mix the Ground Flaxseed and Water and leave in the fridge for 15 minutes or until thick.

2. Add Flour to a bowl and then stir in the Flax Egg with a fork until everything has combined. Knead the mixture until a dry, firm dough has been formed. Form Dough into a ball, press flat and let rest for a few minutes.

3. Dust a work surface with flour and roll out the dough as thin as possible, about 1-8 Inch to 1/16 Inch thickness. Flip the dough and dust a few times while rolling out to prevent it sticking to the work surface.

4. Cut into thin strips with a sharp knife. Shake the Noodles loose using your hands, if they still stick together add another dusting of Flour, but it shouldn’t be necessary.

5. Bring a large pot of Water to the boil and add Noodles. Cook for 1-2 minutes keeping stirred constantly. The Noodles should be soft and slippery, but not mushy. Drain in a colander when cooked and pour over cold water. Either add to a sauce and cook for a minute or serve cold.

Chia Egg: Replace Flax Egg with 1 Chia Egg (1 Tbsp Chia and 3 Tbsp Water). Dough will take longer to come together, but will be easier to work with. When cutting the noodles first fold the dough onto itself a few times for even stands of Noodles.

Yoghurt: Replace Flax Egg with 40g Low Fat Yoghurt. Dough will be easier to work with when using Yoghurt.

Carob: Replace 9g of the Buckwheat Flour with the same weight in Carob Powder. Everything else is the same.

Turmeric: Add 1/2 Tsp Turmeric to the Chia or Flax Egg before resting. Everything else is the same.

Roast Pumpkin: Replace Flax Egg with 40g Roasted Pumpkin Purée. For the Purée: Roast, at 175c (Fan), a Peeled and Cubed Cooking Pumpkin until it has reduced down to about a quarter and is dry. Takes about an hour. Mash with a fork and set aside.