21st November 2017: The more I update these posts the more it saddens me to see all the work that went to waste, I’ve talked about it above so I won’t reiterate it again, dear reader. I just wanted to say hat, in my ever humble opinion, these are still absurdly good. They’re so simple, but when you use the best version, chia egg, but flax comes close, they’re so useful and easy to prepare. I don’t mean to brag, but all too often gums are the only given option for replacing wheat-based flour’s gluten and that’s just not true. There are so many options out there yet to be discovered. Chia and buckwheat is my contribution. Photos below are all I have, a bit of a hodgepodge, but I prefer to have them here so you can see what the recipe should look like. 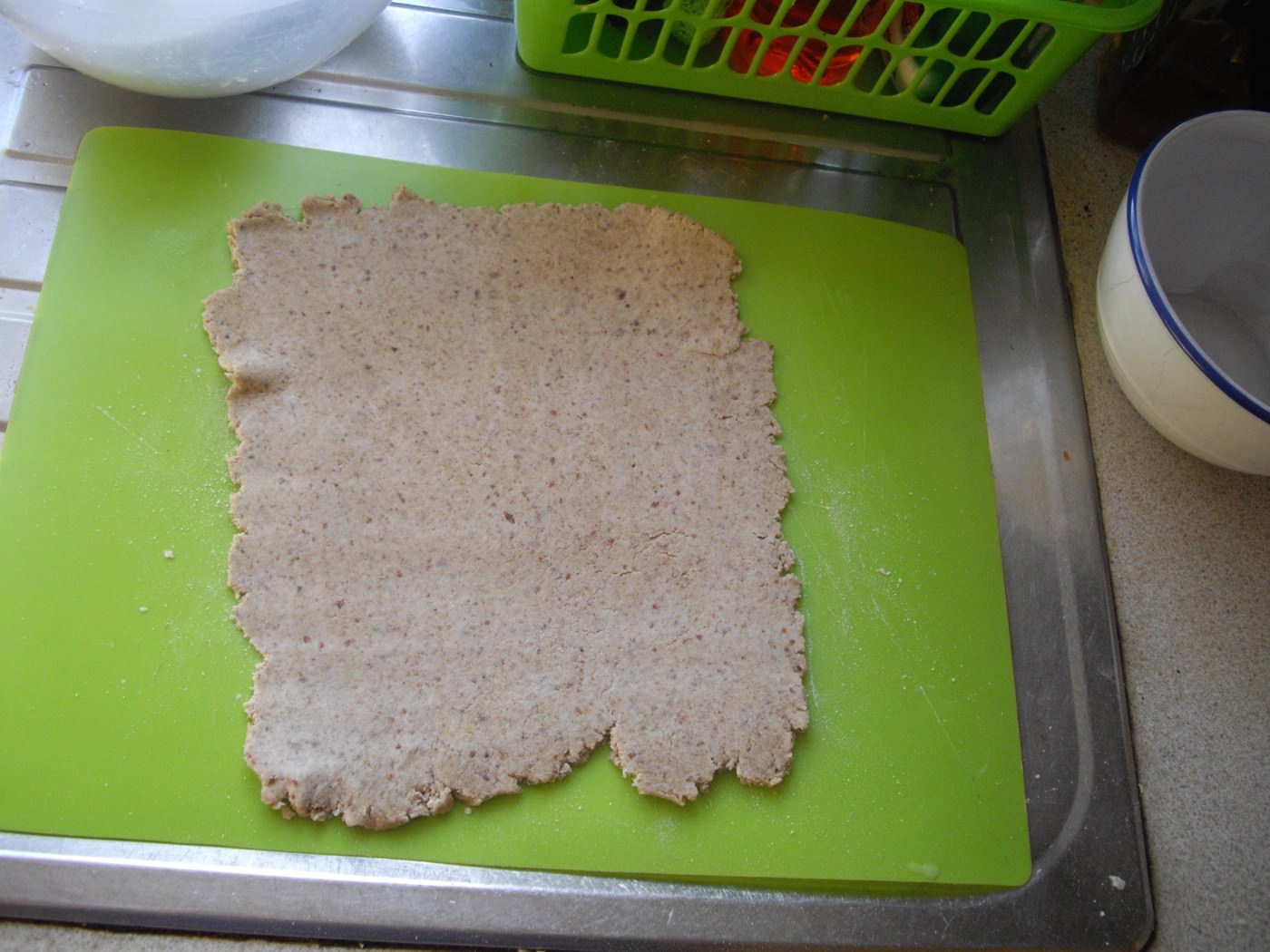 Flax egg version. Yeah, I can tell. That’s why replacing photos is so difficult. Not only do I need to find the photos, I need to be sure they’re the right ones. 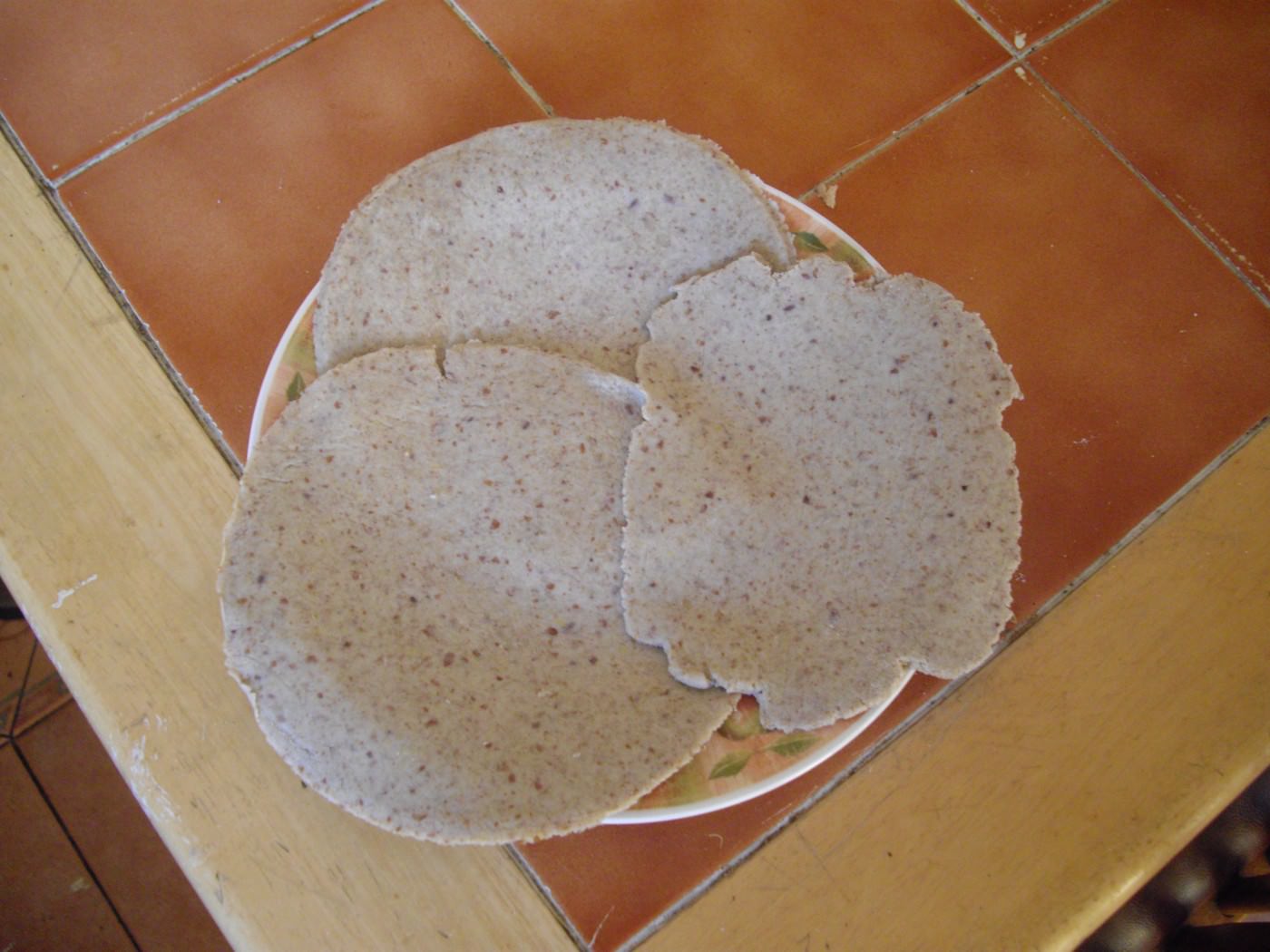 Chia is better, it’s up to you really. But I’m always right. Heh. 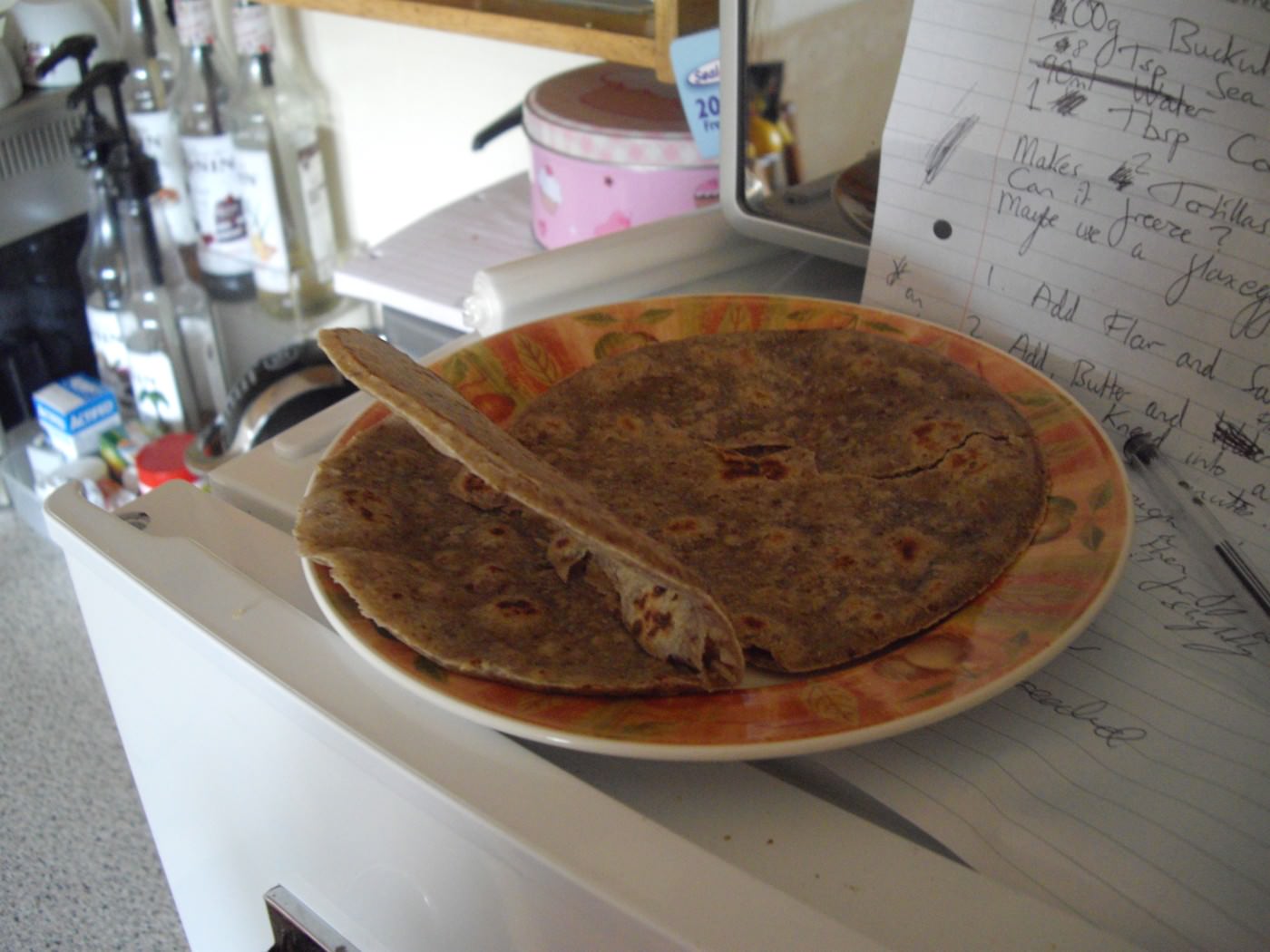 Hardshell tortillas are possible with these. 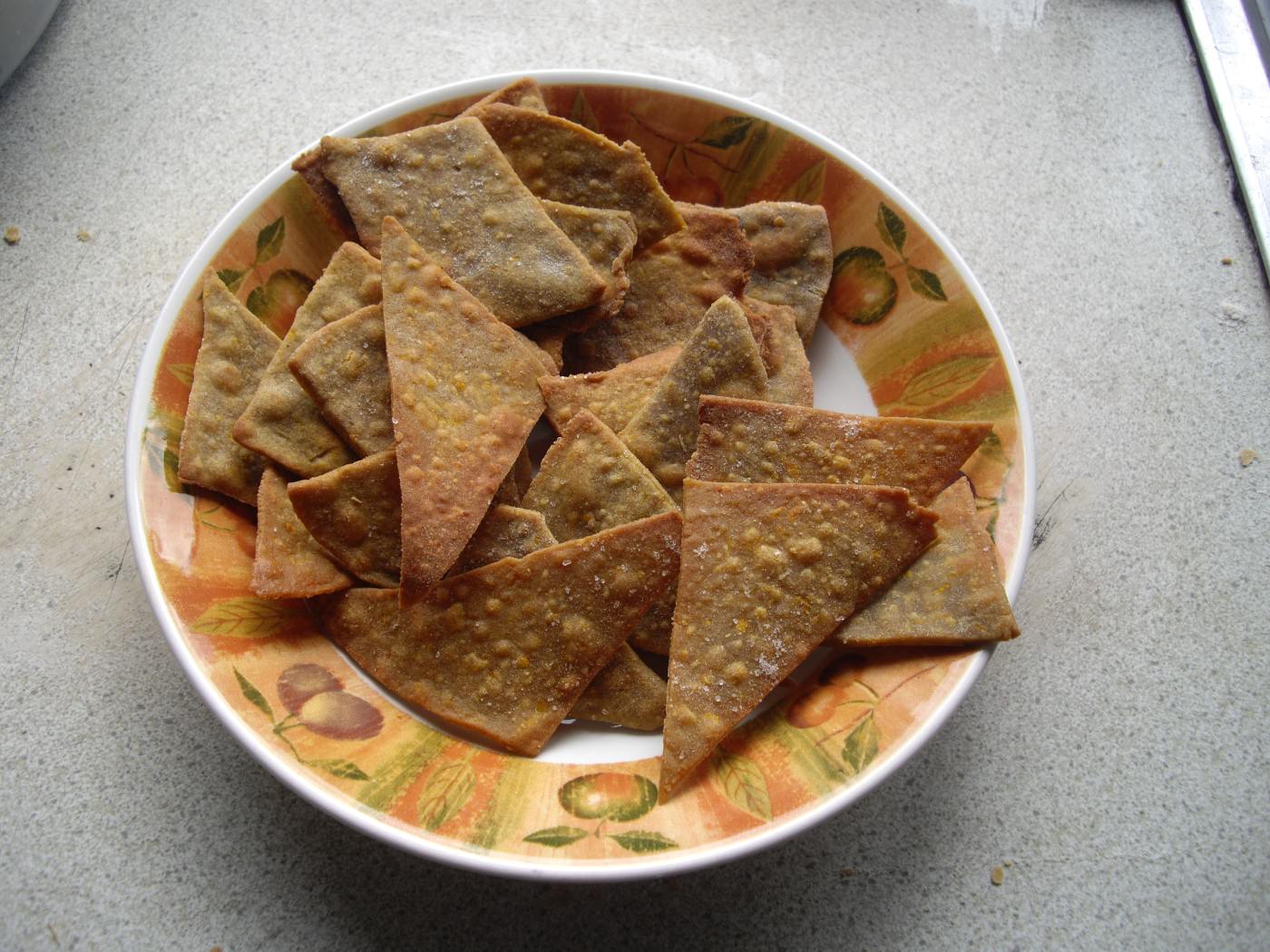 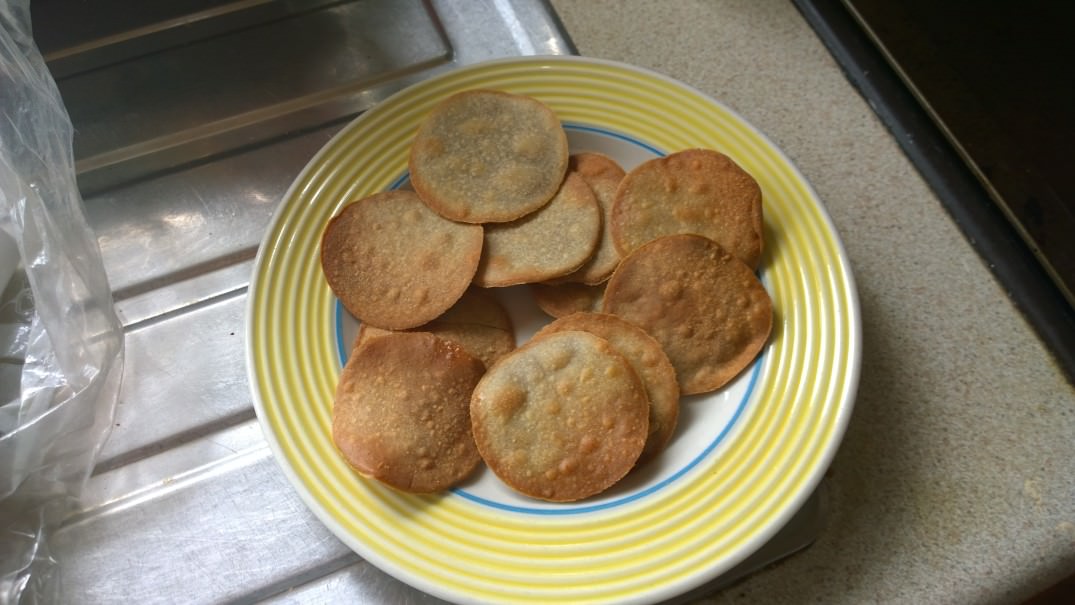 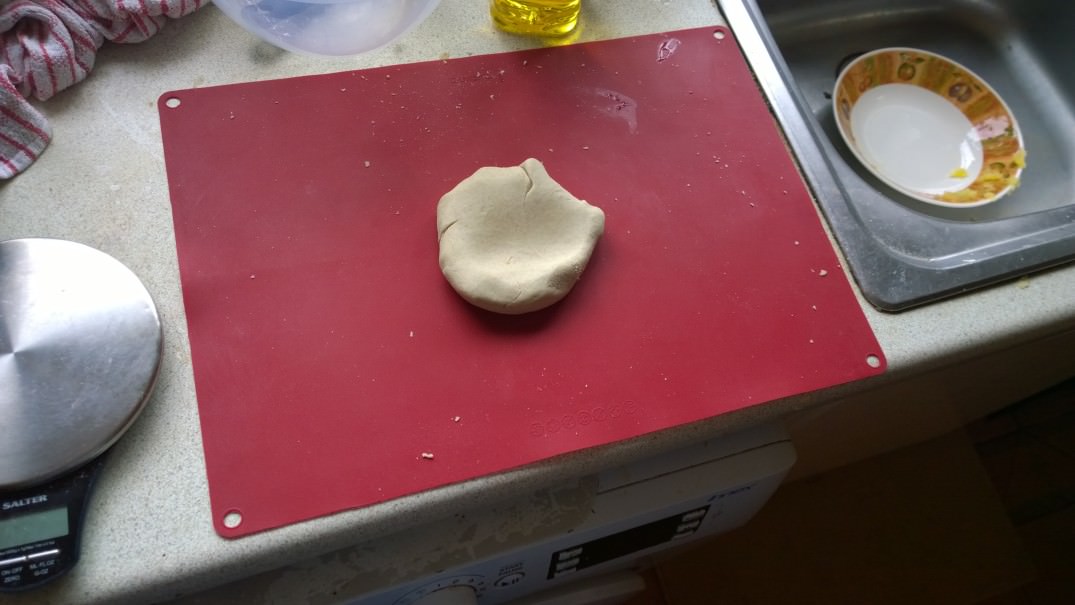 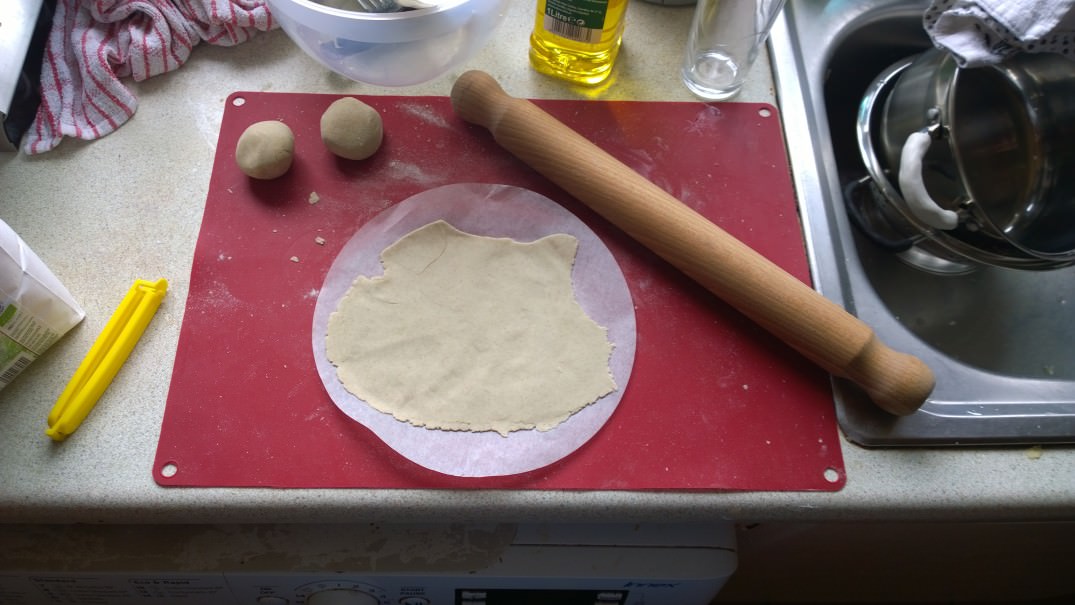 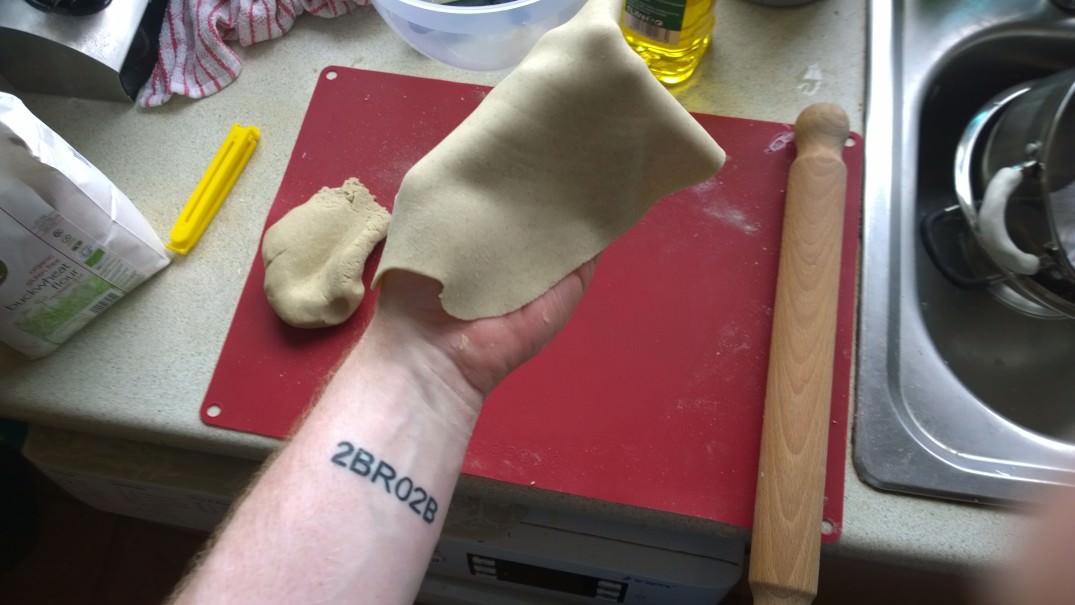 No breaking when using chia.

April 1st Edit: I tried it thinner, it was better. I tried it frozen and it worked fine. Recipe has been updated.

One thing I strive for is honesty with my photos, they’re not pretty, but as rough and tumble as they are they represent the end result accurately. They don’t disguise faults or embellish anything because I find it misleads and leads people to believe they’ve failed somehow in making the recipe. We all want to eat well on these allergen free diets and anything that discourages people from baking or cooking themselves isn’t okay by me.

The Flax Egg makes rolling it out a dream. Like with the Buckwheat Shortcrust Pastry. I’ll try it thinner next time.

I’ve had something akin to these before, but with Rice Flour. They tasted like raw dough and were chewy. These tasty really nice and they felt perfectly cooked even after only two minutes. They’re fast too, I think setting the Egg and cooking some Chicken took longer than all the rest.

Although I make it sound as if this is an unfinished recipe, it’s really just fine as is, but I’d like to get it more presentable and perhaps a little more portable. As it stands now it tastes just great, prepares easily and cooks fine, but as with most recipes I’ll never stop improving them until I’m fully satisfied. Now that’s enough of me, here’s the recipe:

Makes Four Tortillas.
Can be frozen, freeze before cooking.

1. Mix the Ground Flaxseed and Water and leave in the fridge for 15 minutes or until thick.

2. Add Flour and Salt to a bowl and then stir in the Flax Egg and Olive Oil with a fork until everything has combined. Knead the mixture, adding a dash of Water as needed, until a dry, firm dough has been formed. Form Dough into a ball and let rest for a few minutes.

3. Dust a work surface with flour and roll out the dough as thin as possible, then cut out circles. Alternatively split the dough into four parts and roll out into rough circles.

4. Heat some Oil in a pan and on a high heat cook the Tortilla for about a minute until slightly golden and dry to the touch, then flip and do the same for the other side. Repeat for all Tortillas. Best served warm.

Chia Egg: Replace Flax Egg with same quantities in Chia. Mix as normal. Dough will take some Water and a longer knead time, but will be stretchy and elastic and can be rolled extremely thin. This is the best version.

Hard Shell Tortillas: Prepare the dough as above and then split into six parts. Place a greased wire rack on a baking tin and place that on a baking tray. Then hang the tortillas on the rack so that they hang without touching the bottom tray. Leave enough space in-between each side of the Tortilla to provide space for whatever filling is to be used. Brush the Tortillas with Olive Oil. Bake at 175c (Fan) for 8-10 Minutes or until hard. Remove from rack and let cool. (I go into detail on this here)

Tortilla Chips: Prepare the dough as above and then roll out into a rectangle. Cut into triangles and place on a lined baking tray. Brush the top of the chips with Olive Oil and then sprinkle with Salt and Pepper. Bake at 175c (Fan) for 8-10 Minutes or until crunchy.

Yoghurt Egg: Replace the Egg with 50g Low-fat Yoghurt and mix as normal. If baking into Tortilla Chips then reduce heat to 150c (Fan) and bake for 5-7 minutes.

Roasted Pumpkin Spice: Roast, at 175c (Fan), Peeled and Cubed Cooking Pumpkin until it has reduced down to about a quarter and is dry. Takes about an hour. Mash with a fork and set aside. When using add 75g of the purée in place of the Egg and add 1 Tsp Pumpkin Spice. Prepare as normal.

Carob: Replace 15g of the Flour with the same weight in Carob. Everything else is the same.